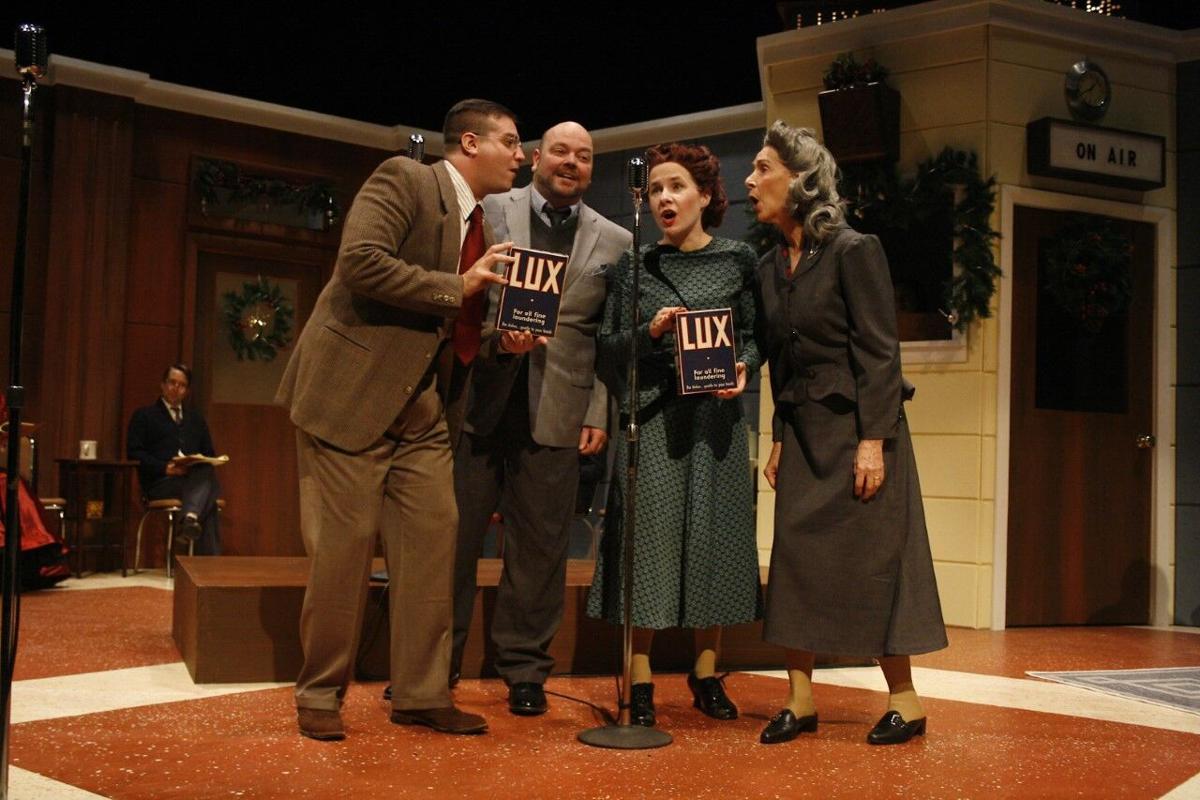 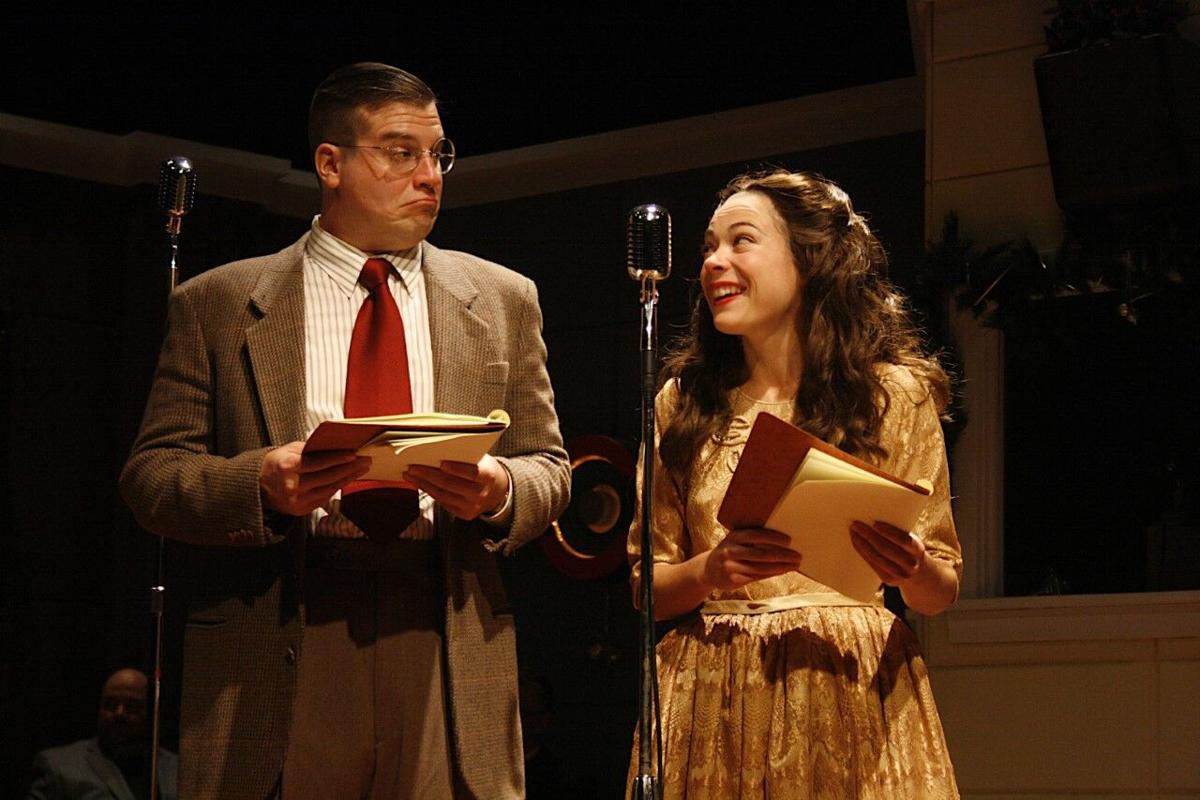 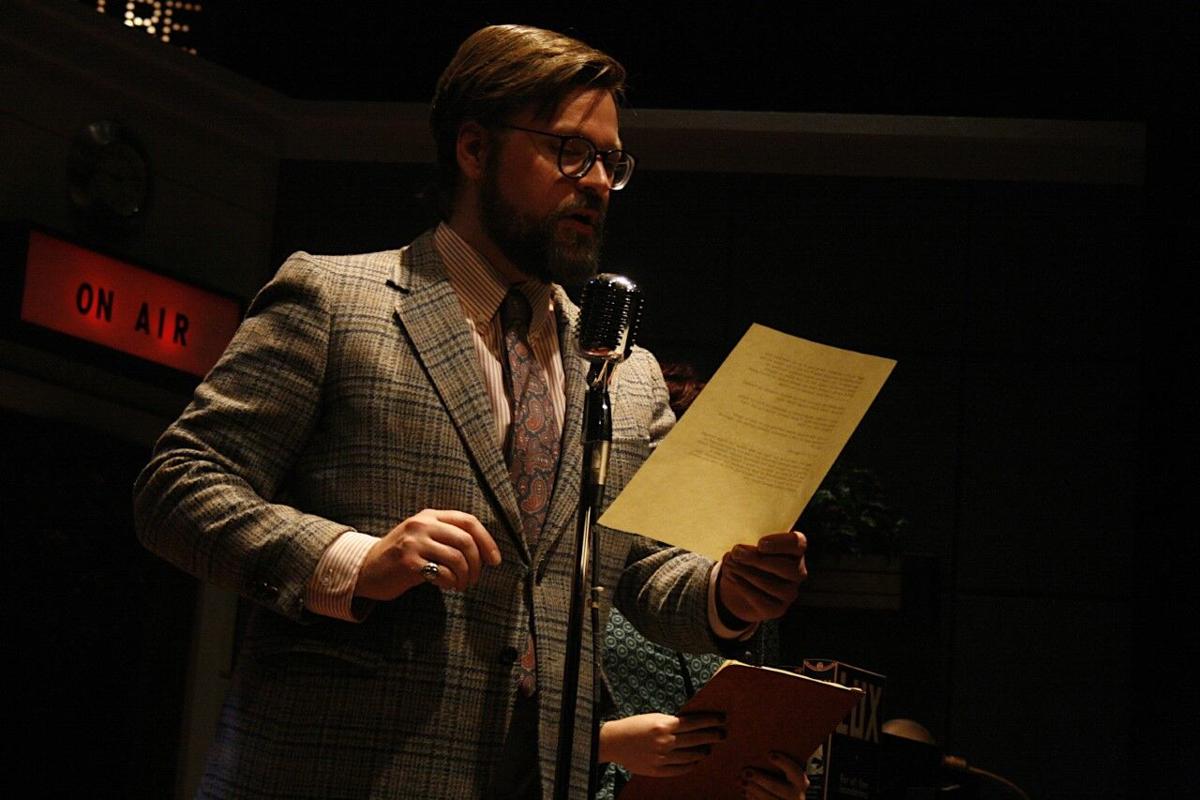 BLOOMSBURG — If you like nostalgia at Christmastime, you will love Bloomsburg Theatre Ensemble’s production of “Merry Christmas, George Bailey!” which will be featured on stage from Friday to Dec. 27.

Based on the Lux Radio Theater broadcast presentation of “It’s a Wonderful Life,” BTE’s version is an adaption for the stage, created by emeritus ensemble member James Goode in 2002. It was performed again in 2009.

“Both productions were a hit with the audience,” said Eric Wunsch, ensemble member at BTE, who is playing George Bailey in the production this year. In fact, the adaptation has been performed all over the country at professional theaters, community theaters and educational institutions.

The play, he said, is “the story of ‘It’s a Wonderful Life’ with the added fun of live music, commercials for local businesses, foley sound effects, and the glamorous world of 1940s entertainment. The music is by William Decker.

“Certain actors play many roles, so you get to hear and see them flaunt their vocal chops,” he added. He also said that most of the cast are new to the production, so they are “bringing the great spirit of telling a story for the very first time.”

Audience members are also urged to participate in the show. In fact, it’s necessary.

“We have signs that light up on either side of the stage that indicate when to applaud, murmur, or make the sounds of an angry mob,” Wunsch said, adding that they are also invited to sing along with holiday jingles that are included throughout the performance.

The setting for the play is a 1940s-style radio studio, which BTE affectionally and appropriately has named “WBTE.”

“You get to see the actors and technicians arrive, chat, get coffee, warm up themselves and the audience,” Wunsch said. “We first immerse you in the world of old-time radio and then pull you in further with our telling of this truly wonderful story.”

According to Wunsch, BTE was originally planning to present A Christmas Story this season, but due to safety concerns around working with school-age kids necessary for that cast, they decided to perform this play, instead, which consists of an all-adult cast. Cast members include the ensemble’s Resident Acting Company, members of their production department, and some favorite guest actors.

Wunsch said he has really enjoyed playing George Bailey and called the opportunity “a real gift” and a chance for him to become acquainted with this nostalgic story that he had actually never watched on film growing up.

“Not only is the radio aspect a fun twist, but this character is one who represents what it means to have impact in the smallest, most vital ways,” Wunsch said. “The story lovingly portrays the interconnectedness of life in a small town, and I think there is some amount of lived experience I can bring to this role. Over these last difficult years, the community of Bloomsburg has shown up for both this theater and me in the most supportive and touching of ways. I learn that lesson about this region over and over, just as George learns it in this play.”

He hopes the audience will enjoy the play and carry with them its message long after it is over.

“To quote Clarence, ‘No one is a failure who has friends,’” Wunsch said. “I think the importance of each individual within a larger community is the big takeaway from this play.”

This Friday’s performance at 2 p.m. will be the annual food preview. Admission is the donation of a non-perishable food item, which will be donated to the Bloomsburg Food Cupboard. This Saturday at 2 p.m. will be a reduced-price preview performance; tickets will be $14.

For individual showtimes and ticket prices, visit bte.org or call the box office at 570-784-8181.