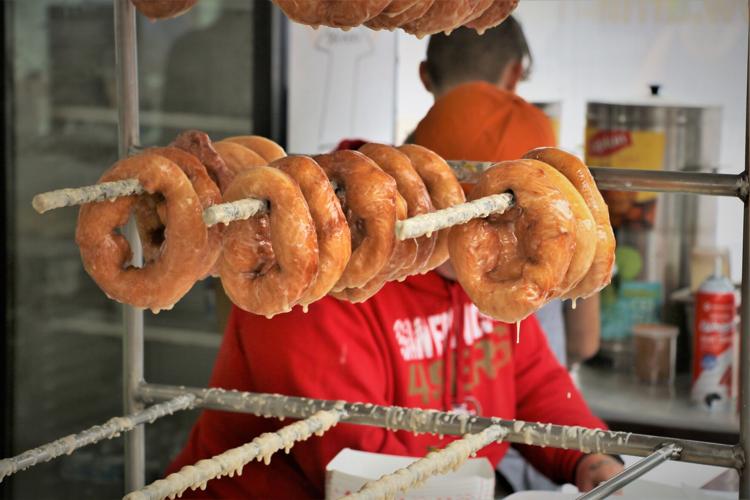 Photo provided There will be a wide variety of treats at the Covered Bridge Festival Thursday thru Sunday at the Bloomsburg Fairgrounds. 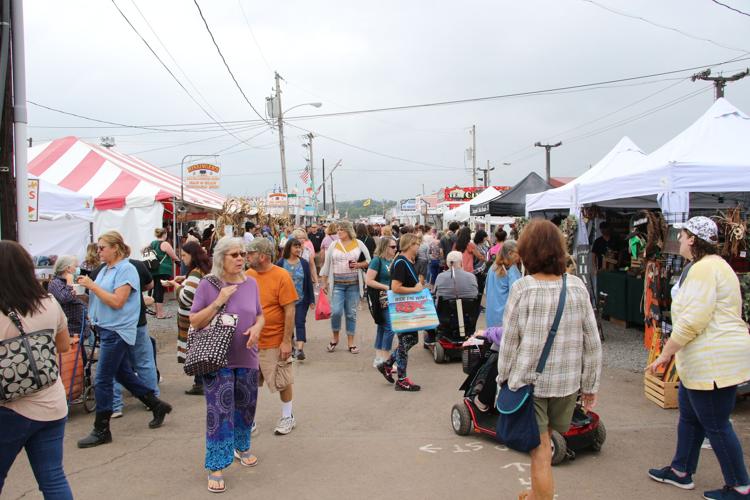 Attendees stroll through the vendors at the 2021 Covered Bridge Festival at the Bloomsburg Fairgrounds. 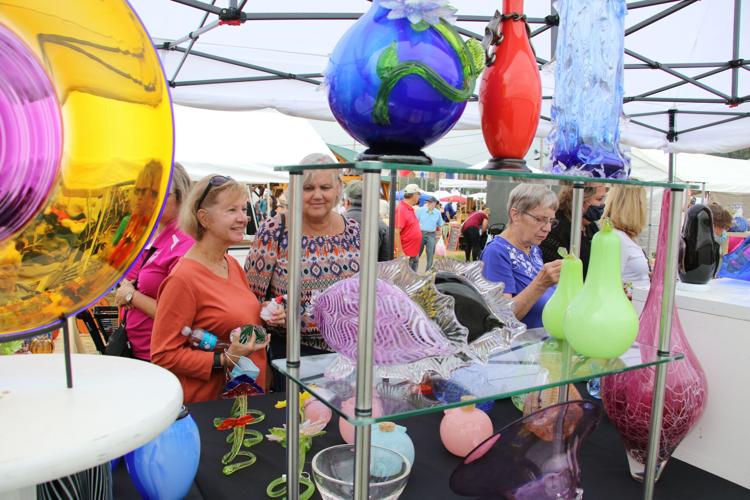 Photo provided Many artisans will have handcrafted items for sale at the Covered Bridge Festival Saturday at the Bloomsburg Fairgrounds.

Photo provided There will be a wide variety of treats at the Covered Bridge Festival Thursday thru Sunday at the Bloomsburg Fairgrounds.

Attendees stroll through the vendors at the 2021 Covered Bridge Festival at the Bloomsburg Fairgrounds.

Photo provided Many artisans will have handcrafted items for sale at the Covered Bridge Festival Saturday at the Bloomsburg Fairgrounds.

BLOOMSBURG — One of Columbia and Montour counties’ claims to fame is their vast array of historic covered bridges. Thus, the bridges continue to be center stage at the annual Covered Bridge & Arts Festival, now in its 40th year and located at the Bloomsburg Fairgrounds.

According to Shane Kiefer, director of marketing for the Columbia-Montour Visitors Bureau, the counties are home to 25 covered bridges — the third most bridges of any area in the entire country.

“We feel that it’s incredibly important to celebrate these historic treasures,” Kiefer said. “They are reminders of earlier times, when people traveled the rural countryside by horse-drawn carriages. Many people will fondly recall summer days of their youth spent in the creeks and streams beneath the covered bridges. Life was simpler back then, and our covered bridges remind people of those times. Thus, the festival is really a celebration of our region and what makes us unique.”

The festival will include covered bridge tours which coincide with a large display of artists selling their wares. According to Kiefer, the area’s covered bridges are often a popular subject material for local artists, so visitors will undoubtedly be able to find crafts that are influenced in some way by those beautiful, nostalgic structures.

This year, the festival will include 320 craft vendors and 38 food stands. Offerings will include handmade and traditional crafts, turned and carved wood, glass, prints, sewn and woven textiles, jewelry, photography, paintings, pottery, décor for every holiday, new and repurposed primitives, and much more.

Also, in honor of the festivals’ 40th anniversary, the visitor’s bureau will be selling commemorative Christmas ornaments featuring the Rupert Covered Bridge. According to Kiefer, the plan is to present a new ornament each subsequent year of the festival, each featuring a different historic covered bridge from the area.

Kiefer said in the earliest days of the festival in the 1980s, it was actually held at a few of the bridges. Over the years, the festival grew too large for that venue, but the festival has maintained its mission of creating an opportunity to come and appreciate them. Many travel from out of state to come to the festival and do a self-guided driving tour of the bridges, Kiefer said, with the help of a map brochure provided by the visitors bureau. Visitors can also receive a digital passport that allows them to “check in” at each bridge prior to the end of the year for a chance to win a prize basket full of area gift cards.

The festival’s covered bridge bus tours are also quite popular each year. The tour will leave at 10:30 a.m. Sunday morning. Tickets are limited. For information or to reserve a seat, call the Welcome Center at 570-784-8279. The cost is $30.

For the first time this year, the festival is presenting a special fine arts section of vendors, who will offer demonstrations of their craft. According to Kiefer, in the early years of the festival, many crafters were doing live demonstrations, so this is a revitalization of that. The idea was spurred on by a group of fine artists in the area who wanted to bring it back.

These live demonstrations, located in and around the historic barn off Avenue A, will be happening during the entirety of the four-day festival. Various crafters will take turns during 45-minute time slots. Some of the demonstrations will be interactive, a few even offering hands-on opportunities for kids.

Also new this year will be two distilleries on site with tastings and drinks to go: Hazard Distillery on 10th Street and Jackazz Distilling on 8th Street.

The festival will also provide wine tasting in the Farm Museum building, a weekend petting zoo, and the Bloomsburg Fair Farmer’s Market will be held in front of the fairgrounds by the Big Country building from 9 a.m. to 1 p.m. Saturday.

Attendees can also enjoy a plethora of seasonal food offerings, many of them returning crowd favorites.

Danville artist Jodi Felegie, of Jod’s Crafts, has been a vendor at the festival for more than 25 years. Crafting was in her blood, as her parents began a crafting business called Pine Forest 40 years ago. They were limited in their career choices by some physical disabilities, Felegie said, so they decided to go into business for themselves.

“They dabbled in a little bit of everything,” she said, from picking produce to sell, to making refrigerator magnets, and more. Their crafts evolved as the times changed. Felegie remembers the busy fall season, their family selling crafts at the Bloomsburg Fair, and then right after that setting up at the Covered Bridge Festival.

“The Covered Bridge Festival has been very good to my family,” she said, which continues to the present. “This is one of the biggest shows that I do today.”

After officially joining the family business, Felegie has continued the tradition of developing crafts to embrace the times. These days, she said, she specializes in “trash to treasures” crafts, taking things that people see as junk and transforming them into art.

She often thanks her customers, she said, for “loving all my whacky ideas.” She said her motto is always “doing something outside of the box.”

During the pandemic, the business also began refinishing and repurposing old furniture, though she said those pieces will not be at the festival.

The festival is important for small businesses like hers, Felegie said. “Right now, it’s a rough time for everybody.”

Kiefer said the festival is attended by approximately 150,000 visitors each year, from all over the East Coast, and they come specifically looking to make purchases.

“With the holidays right around the corner, people use the festival as a chance to stock up on unique gifts for family and friends,” he said. “We often hear from visitors that they like seeing the various crafts, and many enjoy it for the special time it gives them to spend with friends and family.”

Kiefer said he loves seeing people just come out and enjoy themselves at the festival each year, and thus fulfilling the mission of the small, non-profit Columbia-Montour Visitors Bureau — to bring tourism to the area. He said they are thankful to the Bloomsburg Fair Association for providing the venue and hopes that relationship will continue long into the future.

How much: Free parking and admission