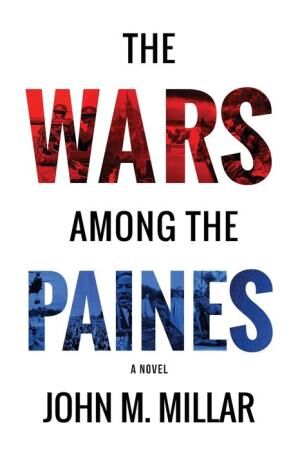 John Millar, who graduated from Danville Area High School in 1962, published his 616-page novel, “The Wars Among the Paines,” (Koehler Books) last September. 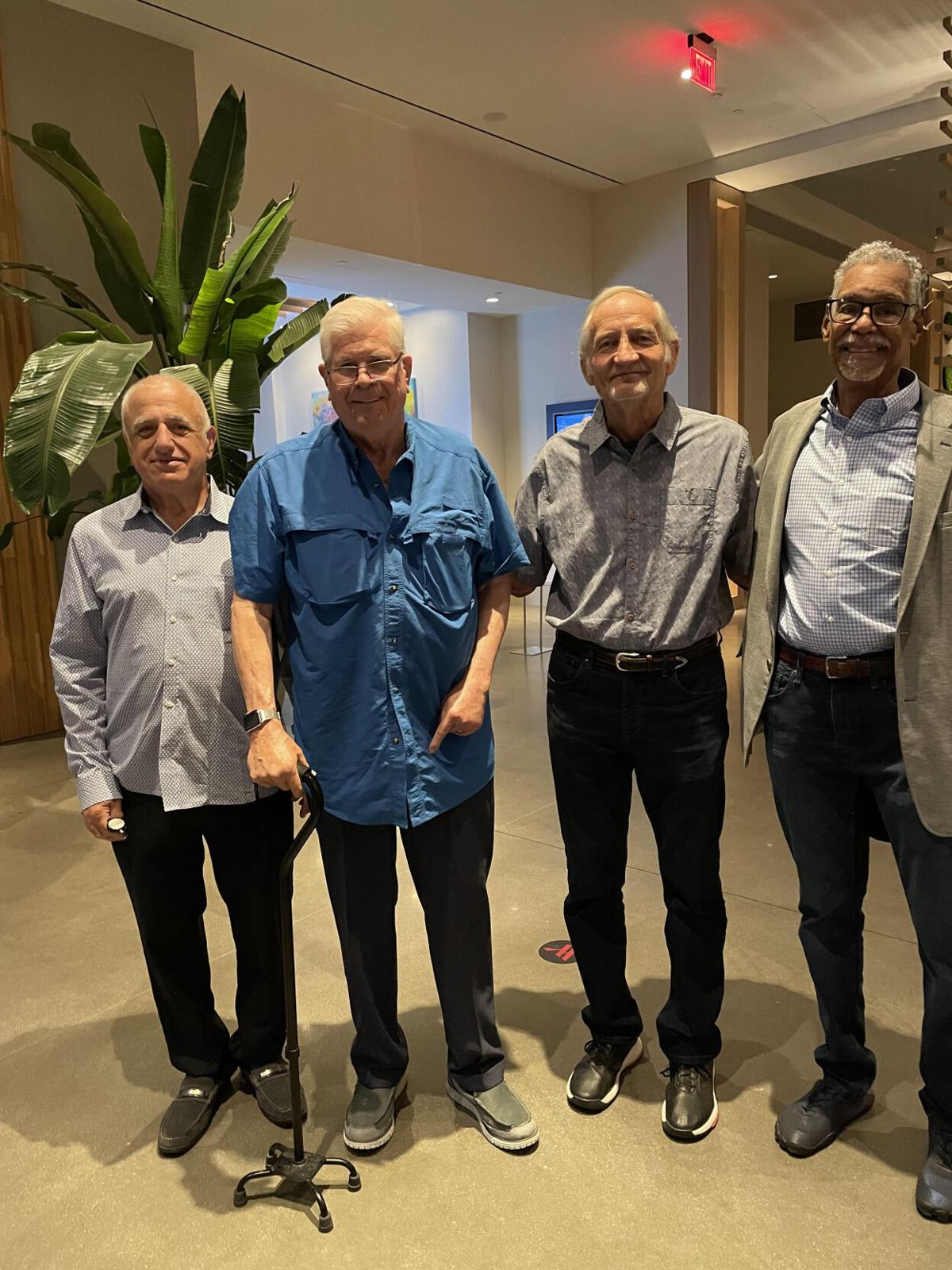 John Millar, who graduated from Danville Area High School in 1962, published “The Wars Among the Paines” (Koehler Books) last September. Last week he met with three fellow soldiers who shared their young adult days with him during the Vietnam War and became characters in his book. From left: Dr. Peter Jengo, Millar, Dennis E. Marshall and Ralph D. Mitchell.

John Millar, who graduated from Danville Area High School in 1962, published his 616-page novel, “The Wars Among the Paines,” (Koehler Books) last September.

John Millar, who graduated from Danville Area High School in 1962, published “The Wars Among the Paines” (Koehler Books) last September. Last week he met with three fellow soldiers who shared their young adult days with him during the Vietnam War and became characters in his book. From left: Dr. Peter Jengo, Millar, Dennis E. Marshall and Ralph D. Mitchell.

Perhaps the best part of publishing a semi-autobiographical book is reuniting with some of the real-life friends who inspired your fictional characters — and not only remaining friends with them, but hearing them praise your writing.

John Millar, who graduated from Danville Area High School in 1962 and now lives in Virginia, published his 616-page novel “The Wars Among the Paines” (Koehler Books) last September. Just last week, he and his wife headed to Virginia Beach to meet with three fellow soldiers who shared their young adult days with him during the Vietnam War and became characters in his book.

“They all loved the book, and they didn’t mind how I characterized them,” Millar said. “So we’re still on speaking terms. We had a good get-together last night (Sept. 9), talking about old memories.”

The book follows the story of the Paine family from WWI through Vietnam, where Millar served as a first lieutenant with the First Infantry Division in ’68 and ’69 and received two Bronze Stars, an Air Medal, and a Commendation Medal from the US Army.

Because wars affect not only nations but families, “The Wars Among the Paines” explores the love, pain, unity and division that armed conflicts imposed on generations of the fictional Paines, including the rift between Robert Treat Paine II, fighting in Vietnam, and his sister, Joan Paine, participating in anti-war protests at home.

“He did a beautiful job of weaving fact and fiction in the book,” said Millar’s wife, Mary Susan Millar. Her character comes alive in the book as Susan Darling, a name she chose herself. “Susan Darling is the vehicle character for telling the family background over multiple generations of citizen soldiers. (Robert Paine) is telling this to her as an explanation as to why they are who they are.”

Mary Susan enjoyed connecting with Millar’s Army buddies as much as he did.

“Their stories are just hilarious, so I’m delighted to meet these men,” she said, from a Marriot Hotel in Virginia Beach. “Their wives are equally delightful.”

The men marveled at Millar’s depth of detail in the memories he wove into his book.

“John’s a good writer and a good storyteller, and he hangs on to information,” said Ralph Mitchell, of Pleasant Garden, North Carolina. He and Dennis Marshall, of Irvine, California, worked in close quarters with Millar during infantry Officer Candidate School in 1967.

In a soft Texas accent, Marshall spelled out his own take on Millar’s ability to remember details.

“The lowdown sidewinder that he is, I didn’t know he was recording all my conversations. I didn’t know he had a memory like he has. You run into someone who has a memory like that, you’ve got to be careful what you say around him.” Marshall laughed then added seriously, “He understands personalities so well. These characters in the book, they’re very true to what they are in real life.”

Millar and Dr. Peter Jengo, of Phillipston, Massachusetts, were roommates off base at Fort Riley, Kansas. Jengo said a description of a double date with him, Millar and two young women was accurate.

“I think he exaggerated a bit,” Jengo quipped. “I was 26 years old, young and full of life … He did a great job. He was very accurate in a lot of things. He’s a good guy.”

“It was great fun seeing each other,” Millar said, adding, “The wives corrected the husbands in their stories.”

Mitchell said he could tell which parts of Millar’s book were true and which were fiction.

“I enjoyed it,” he said. “He brought back a lot of memories. Good and bad, funny and sad.”

“I love it,” Jengo said. “I was really impressed with the writing ability. My wife and I were thrilled with it.”

Marshall said he underlined more memorable passages in this book than any other besides his Bible.

“I can tell you a thousand things about the book that I like,” he said. “I never knew anybody that had so much history in their family. Not only military history, but history of the United States. It’s amazing.”

Millar started writing the book and taking notes on it when he returned from Vietnam in 1969. He graduated from the University of Virginia’s Darden Graduate Business School in 1972 and worked in “senior executive positions in department stores, regional malls, and mixed-use town center-development industries,” according to his author page at KoehlerBooks.com. For 50 years, he kept reading history books, jotting down notes and writing his own book until it was finally published last September.

As to writing about the friends who mattered so much during such memorable years in his life, he was happy to share their part of his story and happy with their reactions to it.

“It was fairly easy because I just related the stories. They were all happy with their characterization,” he said, adding, tongue in cheek, “Nobody has threatened to sue me.”

“The Wars Among the Paines” can be found at KoehlerBooks.com, Amazon.com and Barnes and Noble.