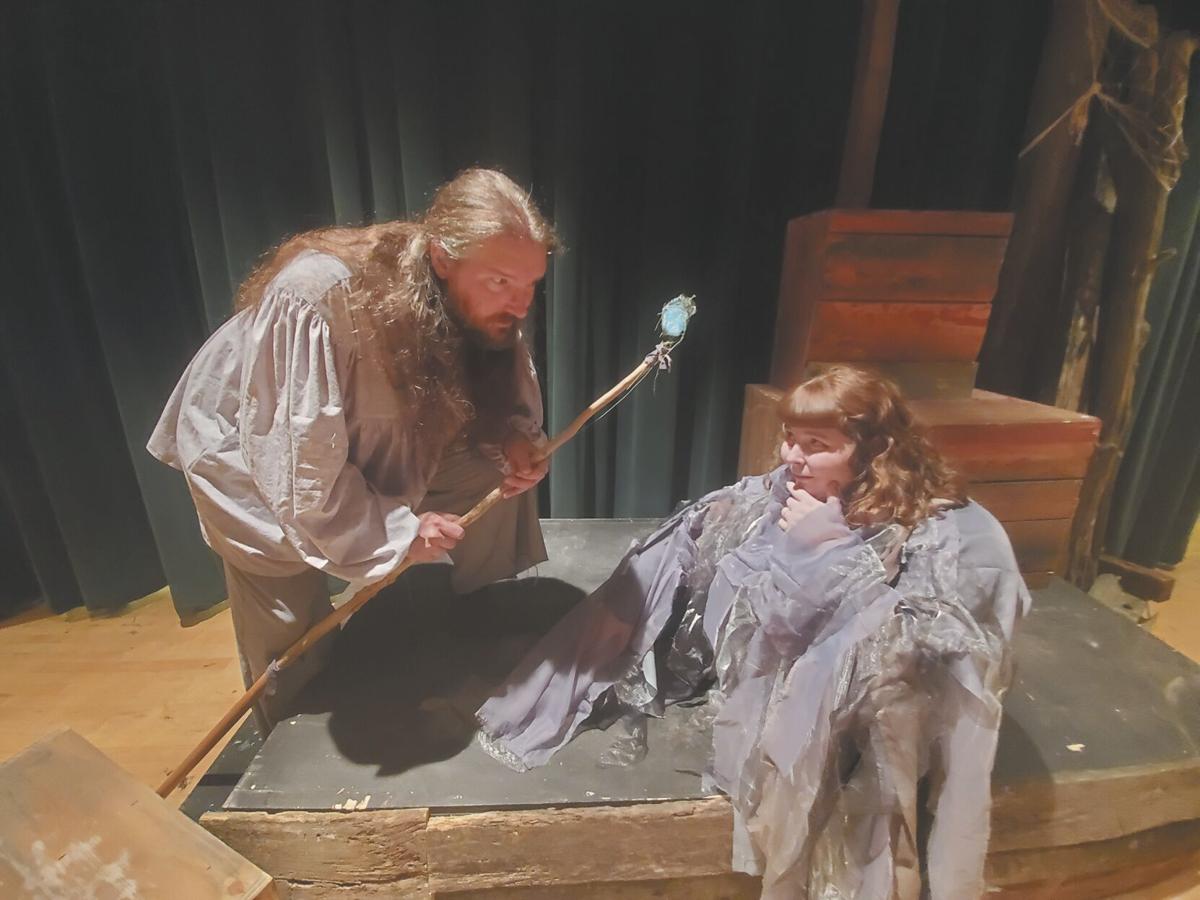 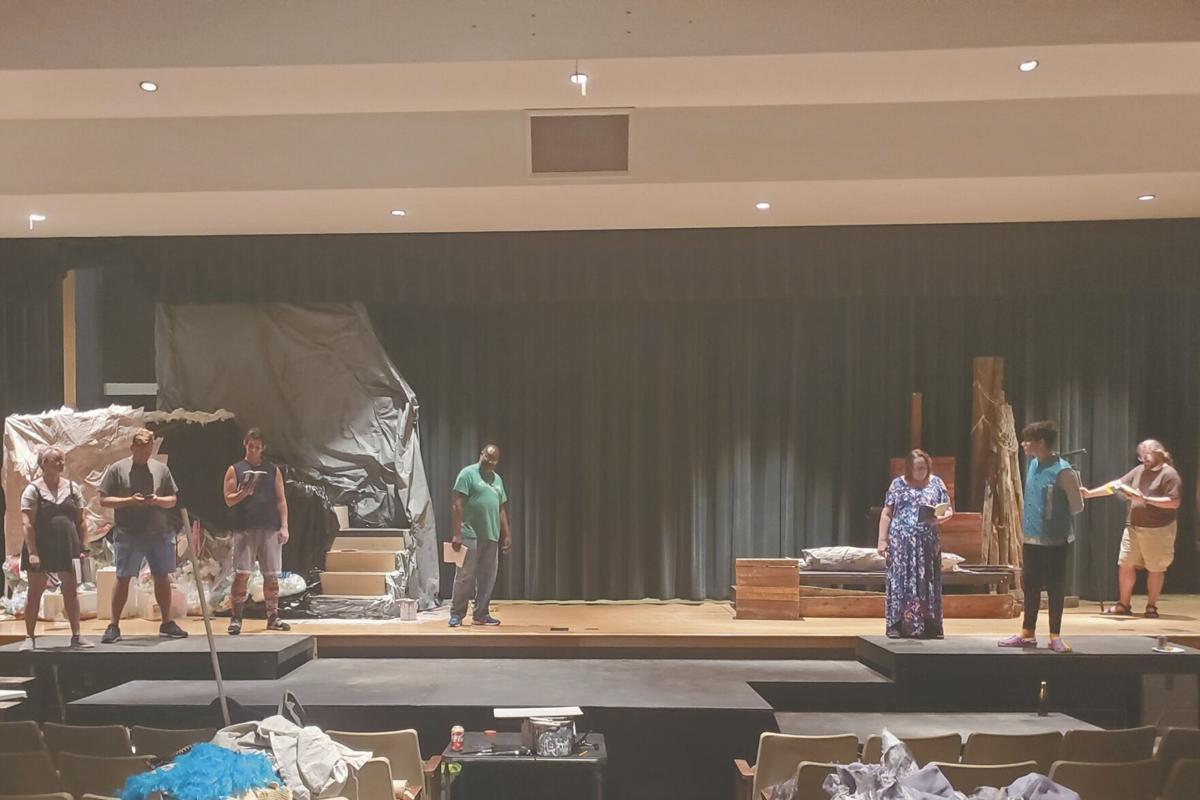 After shuttering their theatre season last year, the Gaspipe Theatre Company returns to the stage with Shakespeare’s, The Tempest. The RiverStage Community Theater in Lewisburg will host the performance from Aug. 13 — 15. The curtain will rise each night at 7 p.m. and there is no cost to attend. “It’s great to be doing this again and it’s a great cast. As far as the show goes, there are romantic, dramatic and comedic parts. and there is also some spectacle,” said Ben Hartman, director of the play.

The Tempest tells the story of Prospero, a sorcerer and the former Duke of Milan. After being banished to an island he used magic to conjure a storm and torment the survivors of a shipwreck, including his treacherous brother, Antonio, and Alonso, who is the king of Naples. The shipwrecked travelers awaken on a fantastical island where nothing is as it seems. Before long, the king’s son, Ferdinand, falls in love with Prospero’s daughter, Miranda. That forces Prospero to choose between the revenge he had planned and his daughter’s future.

“The beginning of the play (finds) Miranda and Prospero banished to an island and they are all alone. Fundamentally, it is about these people who have been isolated for 12 years,” said Andrew Schaffer, the actor who portrays Prospero.

Isolation is a theme with which the theatre company is too familiar after pandemic restrictions forced them to step away from the stage. “These are some of my best friends and some of us have been working together for 20 years and it is great to get back into it and we are doing this safely. Everyone in the cast is vaccinated,” said Hartman who added masks will be required for entry and socially distanced seating will be employed.

Miranda ia speaking for herself when she exclaims her joy as she realizes the exile and isolation is ended, but she could be rejoicing at the sight of the play-goers as well when she says, “O, wonder! How many goodly creatures are there here! How beauteous mankind is! O brave new world that has such people in’t!” Schaffer said of the scripted lines, ”I think it’s relevant, in spirit, anyway.”

For Schaffer, portraying the main character, Prospero, was a challenge. “This (character) is very interesting because there are two sides to him. There is a tender side with his daughter and then there is him getting revenge. So you have to go back between those two extremes,” said the thespian. “The biggest challenge compared to other Shakespearean roles is that the language is challenging. It is hard to memorize.”

Through hours of rehearsal time, Schaffer found his stride with the character. “Andrew has been with the company for 20 years and he is undeniably our most experienced Shakespearean actor. He has a gravity on stage (and) stage presence to pull it off, but is light enough not to make it too serious of a thing. He does it skillfully,” said the play’s director.

Accompanying Schaffer, there is a cast of local actresses and actors that include the following: Storm Pryor as Miranda; Emily Ayn Bowen as Master and Ariel; William Martel as Caliban; Ian Keefer as Ferdinand; Hartman as Alonso; Pete Zerbe as Antonio; Jessica Charles as Sebastian; Katrina DelVecchio as Gonzolo; Derek Scott as Boatswain; Nicodemus Charles as Adrian and Francisco; Nick Buckman as Trinculo; Ellen McCormick as Stephano; Amy Straub as the Voice of Iris; Cyndy Shaffer as the Voice of Ceres and Megan Desmond as the Voice of Juno.

Unlike past productions, children will not be included in the cast. “Kids’ parts in the show had to be cut out for safety concerns, which was unfortunate,” said Hartman.

As opening night approaches, Hartman isn’t worried about whether the community will embrace a return to the theatre. He said, “Will people show up? Maybe, or maybe not, and we will be okay with that. But we wanted to do it, so we are going to do it. We felt it was necessary to get back to Shakespeare.”

Who: Gaspipe Theatre in association with RiverStage Community Theatre

What: The Tempest, by William Shakespeare