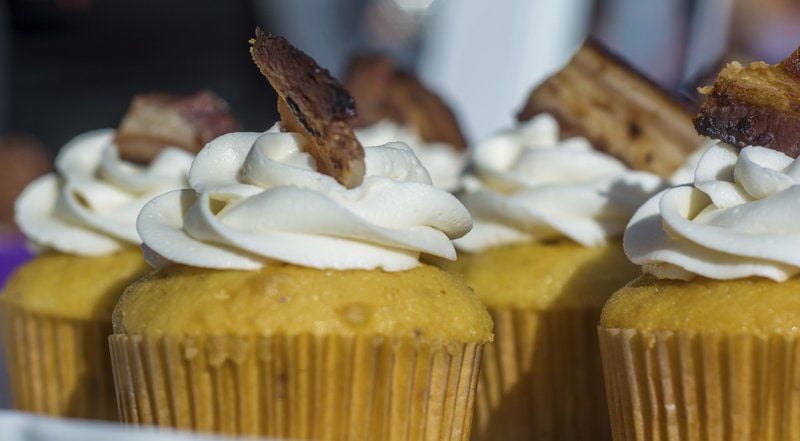 Bacon cupcakes for sale at the Icing On The Cake stand at the McClure Fall Festival Bacon Celebration on Saturday. 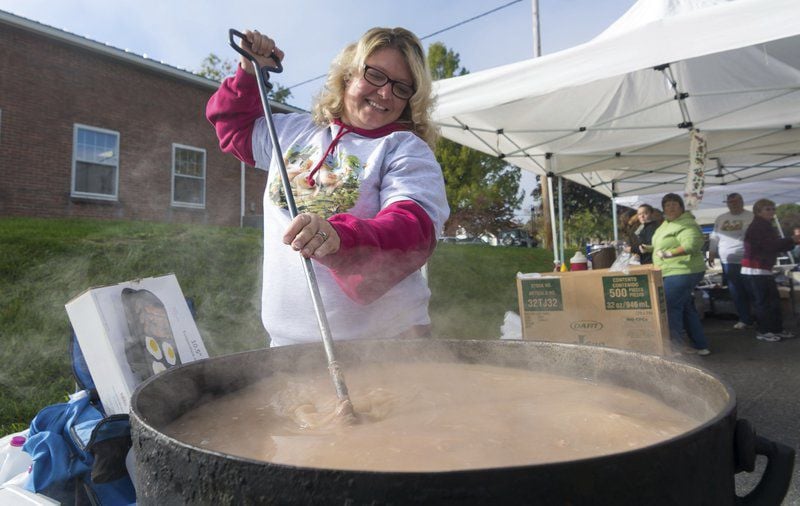 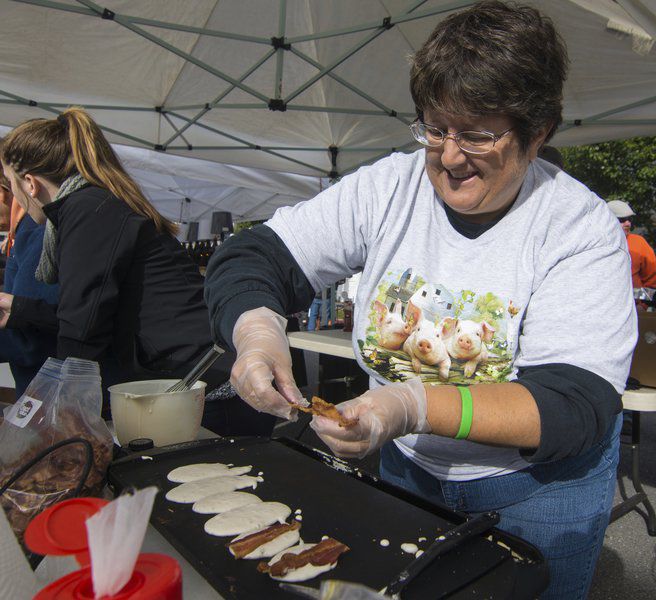 Bacon cupcakes for sale at the Icing On The Cake stand at the McClure Fall Festival Bacon Celebration on Saturday.

If everything is better with bacon, then McClure is the place to be this Saturday.

The fifth annual McClure Bacon Fest will be held from 9 a.m. to 3 p.m. at McClure Station Park, located in the center of the borough.

According to Steve Hoke, event manager, the event continues to grow each year. In fact, this year — after canceling last year due to COVID restrictions — they boast nearly double the vendors they had in 2019.

In all, 120 vendors will be onsite, including various food trucks and organizations each offering a bacon specialty for the day. There will also be a variety of handmade craft vendors.

While the event in the past utilized only one side of the park, both sides will be filled this year, allowing not only more room for the vendors, but also room for guests to spread out and social distance due to COVID-19.

Hoke said in 2019, the event included about 70 vendors. This year, while they knew they probably were going to have to expand, he said, “We had no idea we would grow this quickly.”

Some of that may be due to a year of very few opportunities and events because of COVID.

“People are really itching to get out and rejoin society and be in the public again,” Hoke said. “And what better way to do that than over bacon?”

The event, organized by the McClure Revitalization Committee, began as a fall festival seven years ago. A year later, Hoke said the committee had a “flash of inspiration.”

“Festivals are a dime a dozen,” he said. So their goal was to organize an event that was set apart from all the rest by branding it with something that everyone loves – bacon.

“We just ran with it,” he said, adding, “It’s grown exponentially since then. We have people that come as far as three to four hours away to come for the day.”

The vendors enjoy coming back year after year as well.

Emily Wendt, owner of We Be Cheesin’, of Selinsgrove, has brought her food truck to the Bacon Fest since its beginning. They make specialty grilled cheese sandwiches on thick-cut sourdough bread. For the Bacon Fest, patrons can order bacon on any of their four staple sandwiches.

“It’s nice to see how much it’s grown,” Wendt said. “This year looks like it will be bigger and better.”

She said she enjoys returning each year, and likes being a part of a small-town event where people come together to support their local community.

“Everybody’s always super nice. The whole event gets a lot of positive feedback.”

Bobby and Tina Carlin have also been a part of the annual event since its inception. They will be on-site again this Saturday. They own and operate Smokin’ Hot Butts Barbecue, and are based in Snowshoe.

Bobby Carlin spends the night before the event smoking the meat — they use only wood to cook with — so that it’s fresh for patrons the next day. They sell out every year. At their truck, you can try their brisket, pulled pork sandwiches, chicken wings, and their very popular sugar baby bacon (cooked with eight different spices and sugar) on a stick — “so you don’t even get messy when you’re eating it,” Carlin said.

“We really like doing it,” he said. “You meet people from all walks of life.”

In addition, he said, he loves working with Hoke and lauded him for his leadership: “He really puts on a good show.”

Hoke said the event each year always boasts new vendors, as well as old favorites. All food vendors are welcome, he said, as long as they “have at least one bacon-related item on their stand.” That’s led to a lot of creativity in the offerings (though Hoke said no one has yet taken him up on his request for country-fried bacon).

In addition to the good food and craft vendors, Hoke said the event will also include a kids’ zone, with free yard games, large inflatables ($5 wristband lasts all day), and a rock-climbing wall that can be enjoyed for a nominal fee.

But beyond all of the food and fun that the event offers, Hoke said one of his favorite parts of the whole day is seeing the people, and especially new people who can “see what McClure is all about.” It may be known for the famous McClure Bean Soup Festival and Fair, he said, but there’s so much more. And as an outreach of the McClure Revitalization Committee, proceeds from the Bacon Fest help in efforts to beautify the park and offer a free town cleanup each year — which has grown as well.

“Every year (the Bacon Fest) grows,” Hoke said, “it allows us to do even more in the town.”