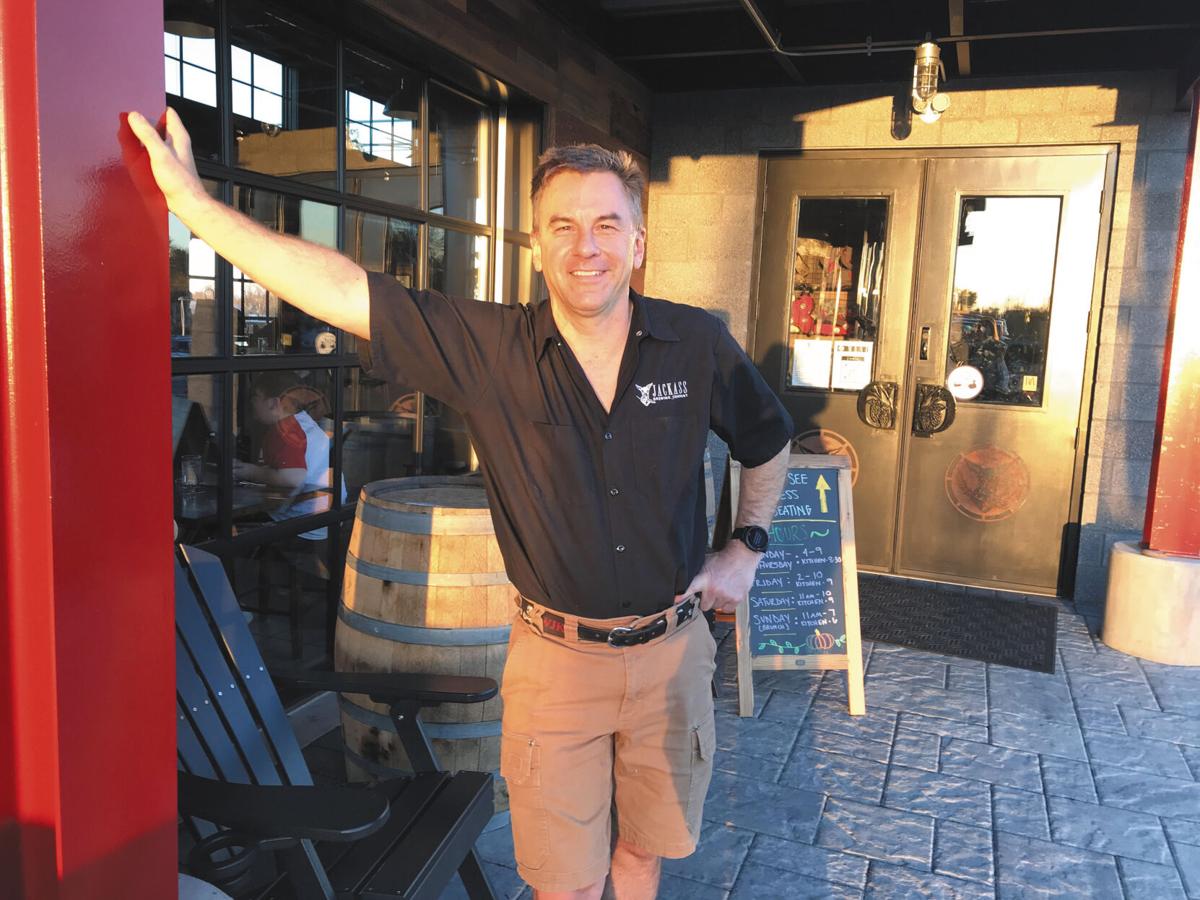 Larry Winans, co-owner of Jackass Brewing Company, in Lewisburg. Individuals are welcome to stop by the brewery/tavern on New Year’s Eve Day to burn their 2020 calendars in a burn barrel. 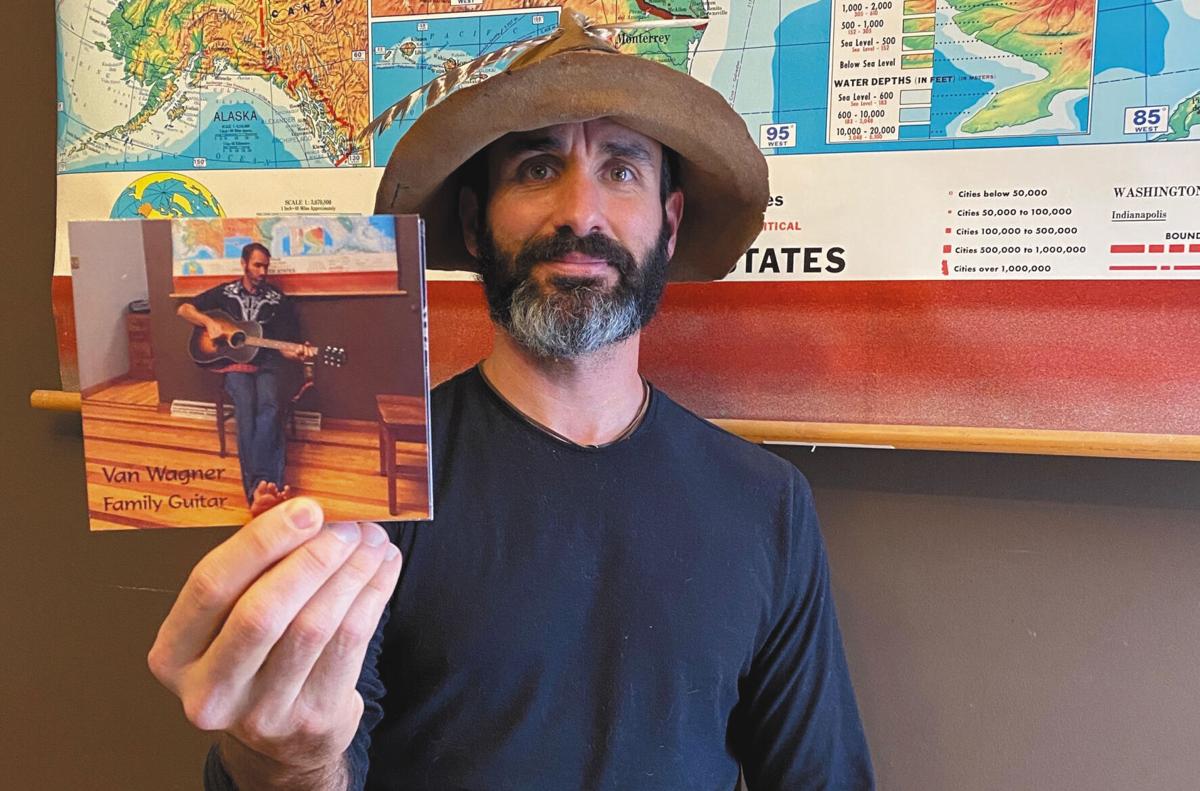 Larry Winans, co-owner of Jackass Brewing Company, in Lewisburg. Individuals are welcome to stop by the brewery/tavern on New Year’s Eve Day to burn their 2020 calendars in a burn barrel.

As the memorable year wraps up, many in the Valley are looking forward to wishing 2020 a not-so-fond farewell. But in the midst of global uncertainty, there are some creative options for ending the year.

Local musician, historian and teacher Van Wagner will celebrate the release of his album “Family Guitar” during a Facebook Live event Thursday. The celebration will include Wagner sharing the stories behind the songs.

The event came about when Wagner received the box of his newly pressed CDs this Christmas Eve and decided to post the songs daily on Facebook along with some back story on each one. That led to his decision to release the CD live on New Year’s Eve.

“I’ve never done a Facebook Live event,” he said. “I thought this will be a neat way to reconnect with a lot of people. It still has that kind of interactive, live vibe to it rather than just doing a recording.”

Wagner is guarded about the story behind the guitar mentioned in the title but said it was given to him by his aunt, Joan Livziey, a schoolteacher in Danville for many years and daughter of Dr. Charles “Luke” Hinkel, also well known in Danville.

“It’s an unbelievable story,” Wagner said, adding that he loves telling the stories that don’t make it into history books. “You can’t make this stuff up.”

Music lovers can tune in at www.facebook.com/vanwagner.

People looking for an optimistic conclusion to 2020 might find it at the Hope-A-Thon, a Facebook Live event Thursday to raise funds for the h2church in Sunbury.

For those wishing for a more cathartic way to end 2020, Jackass Brewery is offering a one-of-a-kind way to bid good riddance to 2020.

“On New Year’s Eve Day, we are offering any person to come and have their 2020 calendar burned in a burn barrel,” said Larry Winans, co-owner of Jackass Brewing Company in Lewisburg with Skip Kratzer. “You don’t even have to pick anything up. Just come burn your calendar.”

The burn barrel will be available between 11 a.m. and 6 p.m.

“There’s no doubt, it’s been a very challenging and difficult year,” Winans said. “But we wanted to create a place where people could come together to enjoy each other’s company, and we have done it, on a limited basis.”

If you’re looking for a special drink to toast the year goodbye with, many Valley wineries have adapted to remain open during the government shutdown.

Three Beards Brewing has blended their golden sour ale with Spyglass Ridge Winery Chambourcin grapes to form “a super dry, fruity white wine-like blend” that can be perfect for toasting the New Year from the safety of your home.

Even better, Spyglass Ridge now offers the option of home delivery with a website order. Deliveries are made in Northumberland and Montour counties on Fridays and Sundays, and in Snyder and Union Counties on Thursdays and Sundays.

Tom Webb Jr., owner of the winery, acknowledged that 2020 has been a challenging year, especially with the loss of all of the winery’s large concerts, but he appreciates the fact that Spyglass was able to host a number of smaller crowds for tribute bands, generating some business for him.

Spyglass had actually planned a reservation-only New Year’s Eve party this year with local caterers providing food for both the winery and brewery.

“We had a 12-person Motown band with a horn section booked for the brewery, and a dance band from New York for the winery,” he said. “It was also to help the local restaurant people out that have been impacted by the shut down and to have an official kick-off of the brewery. The local chefs were going to use our kitchen in the brewery ... All shut down now.”

Still, he remains grateful for the events they have been able to host.

“We’re lucky,” he said. “We are suffering, too. But I feel sorry for a lot of my friends that don’t have that facet of their business.”

For those spending the holiday at home with their families and wanting to support local businesses, Valley restaurants are open for takeout.

Front Street Station, Northumberland, will offer their regular menu on New Year’s Eve, and they’ve been selling lots of wings.

“The summer was fantastic, only because we had the outside patio,” said Jay Seidel, owner of the restaurant.

The Front Street Station had planned an ’80s Night Blowout New Year’s Eve party, with Midnight Jam Sound System. That got canceled along with other indoor events.

Mifflinburg’s OIP will be open for takeout service on New Year’s Eve and continuing until Jan. 4, when they’ll see what happens with state orders. In the meantime, although they’ve lost some of their regular office party reservations, they’ve been able to provide some of them through takeout orders.

“It hasn’t been bad,” said Phillis Shaffer, owner, speaking of the past year. “We’ve been having our ups and downs. We’re thankful for our community support.”

The Lewisburg restaurant will offer a surf-and-turf special on Thursday, available in takeout, curbside pickup and with free local delivery. Beer, wine, liquor, and cocktails are also available for carryout.

Start off on the right foot

And if you’re looking for a way to start 2021 on an active note, consider running a 5K on New Year’s Day.

As stated on The Virtual Run Challenge website, “The 1st Run 2021 (New Year’s Virtual 5k Run/Walk) is a virtual running event where participants choose the location and date to run their event.”

“Anyone from anywhere can join this event,” said AJ Peterson, owner of the company. “It is free for everyone to participate, or they can upgrade to receive a finisher medal or t-shirt.”

For more information, visit https://www.thevirtualrunchallenge.com/virtual-race-event/1st-run-2021-new-years-5k-run/?fbclid=IwAR0R1ZTn1MvtDL85gCVZ4at2WnQxzlbw_bYJc3PRduzUTInAe48K4bVHZi0 or their Facebook page at “The Virtual Run Challenge.”

Not ready to run on Jan. 1? Consider signing on for a yearlong challenge.

“We also have a challenge called My Best Year Challenge 2021, as well, that is designed to motivate people to be active all year long,” Peterson said.

More information on the Best Year Challenge can be found at https://www.thevirtualrunchallenge.com/virtual-race-event/my-best-year-challenge-2021-2/.