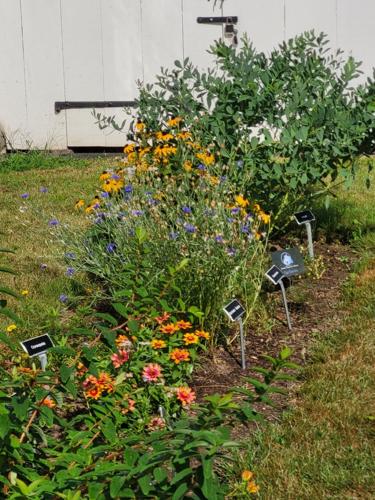 The dye garden at the Joseph Priestley House in Northumberland. 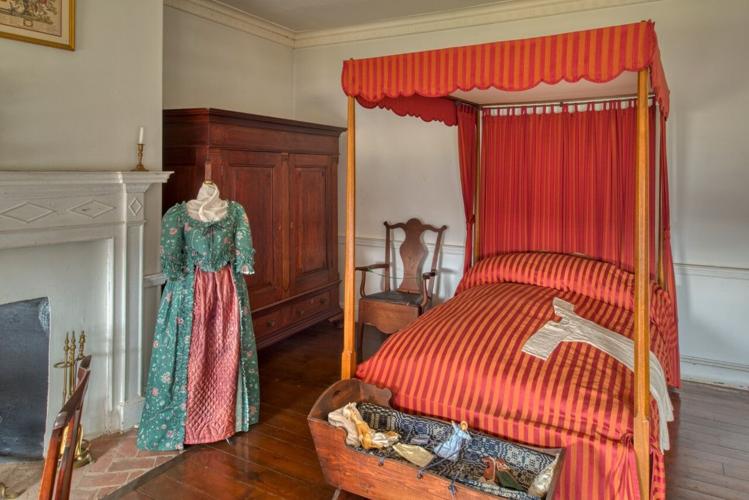 The upstairs bedroom at the Joseph Priestley House in Northumberland. 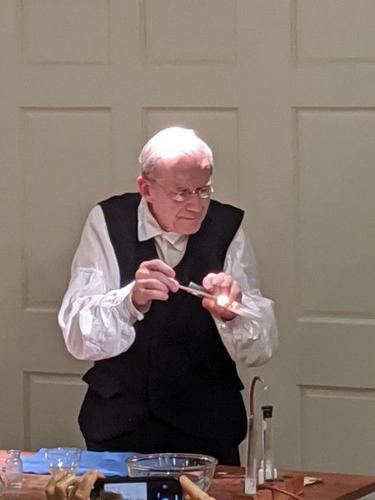 Ron Blatchley will return to his role as Joseph Priestley, an 18th-century scientist who lived in Northumberland and discovered the existance of oxygen.

The dye garden at the Joseph Priestley House in Northumberland.

The upstairs bedroom at the Joseph Priestley House in Northumberland.

Ron Blatchley will return to his role as Joseph Priestley, an 18th-century scientist who lived in Northumberland and discovered the existance of oxygen.

NORTHUMBERLAND — On Aug. 1, 1774, Joseph Priestley was experimenting in his lab in England when he made a discovery that would become his biggest claim to fame: Oxygen.

It is that discovery and more that will be celebrated this Sunday at the Joseph Priestley House in Northumberland — his home for the last 10 years of his life.

According to Colleen Epler-Ruths, board chair of the Friends of Joseph Priestley House (FJPH), this is the second year that they have combined Oxygen Day with activities around the garden.

“It’s a perfect time of year to be outdoors,” she said, adding that they want to show visitors that the house can be enjoyed as an ongoing community area, not just appreciated in a once-and-done tour.

The Garden Party will be held from noon to 3 p.m. and will include a variety of children’s activities. Brehon Ordonic, landscape architect, will be available to answer questions about the gardens and future plans for it. This past spring, the herb, dye, medicinal and three sisters gardens have been replenished and are now in full bloom, according to Murrie Zlotziver, operations manager. He said the English-style Forecourt Garden, planted with lavender and boxwood last fall, now includes serviceberry, roses, and a variety of annuals.

This fall, they plan to continue development of a children’s garden and pollinator garden.

The gardens are a newer effort at the Priestley House, according to Epler-Ruths, who said they, too, celebrate Priestley’s legacy.

“Priestley would have had, at least according to the plans that we have, 20 plots on site,” she said. “There is also documentation that he planted a tree with his granddaughter.”

The event also includes Ron Blatchley, portraying Dr. Joseph Priestley, demonstrating various experiments in the Pond Building. There will be sessions at 1:30 and 2:30 p.m. The demonstrations are free, but do require tickets, which are available at the Visitor’s Center.

Music will be provided by fiddler Beverley Conrad, and light refreshments will be served.

In addition, the FJPH recently received a $4,000 grant to purchase and distribute free science and history books to children. For the first year, each child attending the Oxygen Day/Garden Party will receive a free book. Also during the event, both fiction and nonfiction books on gardening, nature and science will be available. Each child will also receive a free Joseph Priestley House bookmark.

The house will also be open for free, self-guided tours from 1 to 4 p.m., including of a new exhibit on the friendship between Joseph Priestley and Ben Franklin. Costumed docents will be in the rooms to answer any questions. The house also offers two new videos for visitors, describing the upstairs bedroom of Elizabeth Ryland Priestley, portrayed by Barb Spaventa, and the children’s room, discussed by Hope W. Kopf.

According to Jo Ann Long, volunteer coordinator, about 20 volunteers will be participating in the Oxygen Day/Garden Party event.

“This event is another way for us to share the numerous accomplishments of Joseph Priestley,” she said.

Priestley, also a respected theologian, political progressive, author, and scientist, is also known for his discovery of carbonation, carbon monoxide and other gases, his early experiments in electricity, and his contributions in the study of the inter-relationship of plants and animals mediated by gases. According to Long, he also named the material used as erasers for pencils. He had the largest library in America in his time and authored many books and pamphlets. Long also said Priestley began the first Unitarian Church in America, and even preached sermons in his house in Northumberland.

Long encourages visitors to come to the house and check out the new exhibits and the many different rooms that can be explored, including the children’s rooms, where there are items that can be passed around, and “even a yoke for people to try on,” she said.

How much: Free admission