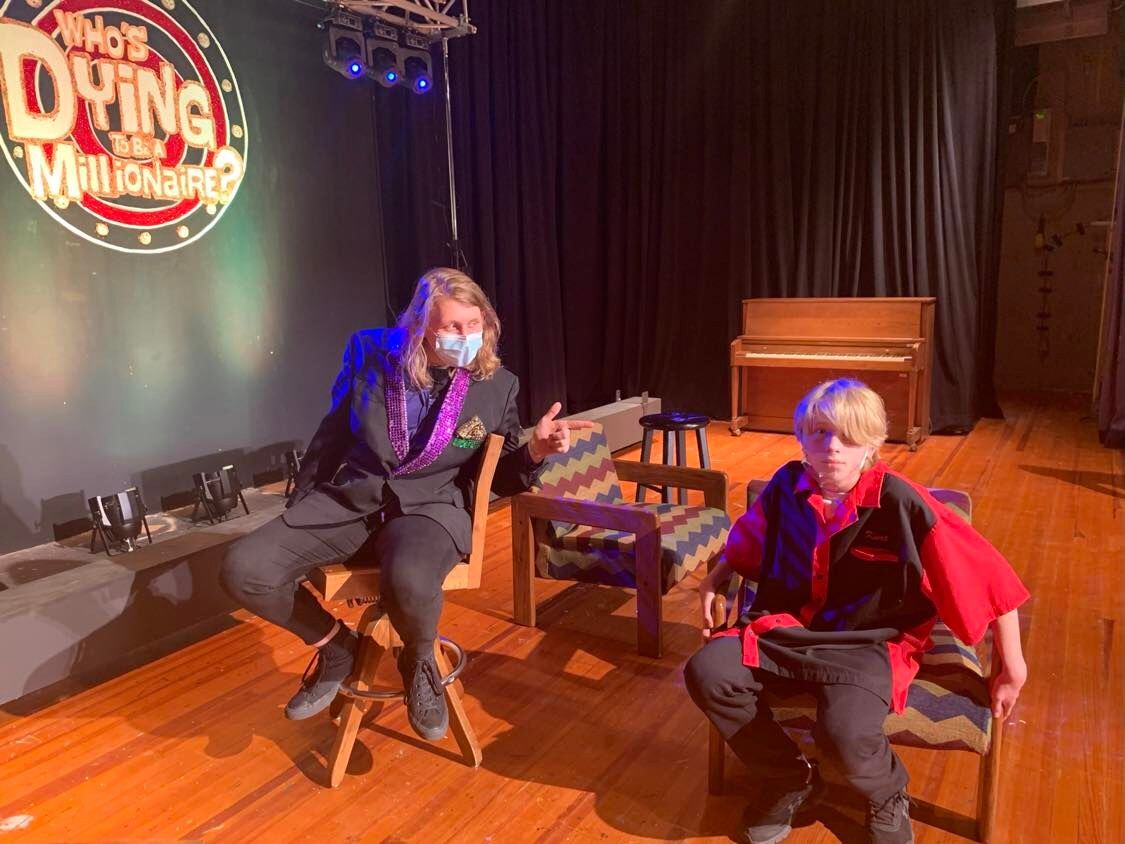 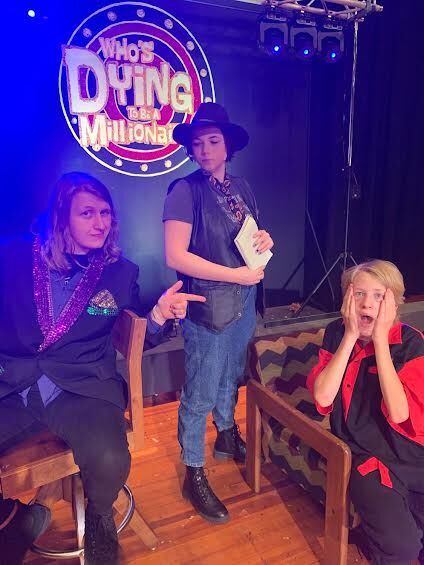 SELINSGROVE — It’s a case of whodunit, but until the guilty party is caught, a lot of would-be wealthy people keep dying and all they were trying to do was get rich quick.

Selinsgrove Area High School will present “Who’s Dying to be a Millionaire?” Thursday, Friday and Saturday night at 7:30 p.m. in the high school auditorium. Tickets will be available at the door, and in advance at SAHS main office.

After performing through livestream venues last year, the students are excited to be in front of a live audience again.

“There’s nothing like live theater,” said Laurie Knitter, Selinsgrove Area High School librarian and director of the play. “The interaction between the audience and the performers can be electric, especially with a comedy. When we did last year’s ‘The Crucible’ on tape, the students not only missed the applause to acknowledge their hard work, but they missed the simple presence of an audience. Even if an audience is completely silent, their energy still feeds the performers.”

In “Who’s Dying to be a Millionaire,” contestants keep dropping like flies. Just after correctly responding to game show host Reginald Smarmy’s demand, ‘Answer this next question and win a million dollars!’ a contestant falls down dead. As does the next one. and a third is stabbed in the back.

After three unexplained murders, it seems like it would be time to kill the show — but ratings have never been better. Between a fishy phone call, a rival show host, an armchair detective and a group of star-struck city council members, “Who’s Dying to be a Millionaire?” turns into a madcap thriller described as a “riotous lampoon of quiz shows, politics and basic human nature.” When it comes right down to it, who wouldn’t say yes if asked, “Are you dying to be a millionaire?”

“The show crafts an intriguing murder mystery while allowing the actors to showcase their comedic talents,” said Tori Ross, a senior who plays Denny Perkins, stage manager. “It is filled with over-the-top theatrical elements, too, which even from the wings I find very entertaining! I bet it would be even more enjoyable from the audience. Plus, after not performing live for a year and a half, we are excited to get back onstage and share our work with the community.”

Ross’s character grows as she struggles to keep the show going while trying to find the person with the audacity to kill off the almost-millionaires.

“At the beginning of the show, Denny has a sense of authority, but much of it is concealed by a certain closed-offness, a sense of neuroticism, and a lack of confidence,” Ross said. “Over the course of the show, however, Denny opens up to other characters and finds her power as she works to figure out the murder mystery. It is a transformation that I enjoy portraying, and I hope that audience members will see themselves reflected in it.”

Logan Adams, a senior, plays game show host Reginald Smarmy, the star of “Who’s Dying to Be a Millionaire.”

“Although arrogant, he is well-meaning and quite funny at times,” Adams said. “I think everyone can get a laugh out of his jokes and antics, as well as his oblivious nature.”

The mystery will be fun to ponder, but solving it might be another matter.

“It’s really quite hilarious, and the cast has worked to bring a lot of heart and soul to this play,” Adams said. “As an added bonus, the plot is very intriguing and will have the audience captivated the entire time.”

“It’s funny, and yes, it’s a mystery,” Knitter said. “But the cast and I still haven’t been able to figure out how the mystery gets solved. Audiences shouldn’t be looking for logic in this show — just a fun time.”

The students love being on the stage and performing for people, Adams said.

“Without an audience, we wouldn’t be able to have this incredible program, nor would we be able to build up this wonderful family like we have this year and have had in shows passed,” he said. “We really appreciate (the audience’s) support.”

“The cast this year is looking forward to getting some big laughs from this zany comedy,” Knitter said. “After the past year and a half, we all really need a good laugh. The students have worked hard on this show and are ready to give knock-out performances.”

Masks are required for all audience members.