Mifflinburg resident and author of “Somebody Else,” Meg Erdley, is currently working on her second novel. 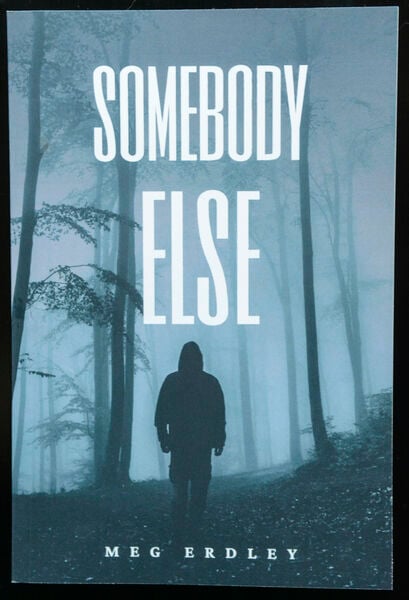 “Somebody Else,” a mystery thriller, was written by Mifflinburg native Meg Erdley.

Mifflinburg resident and author of “Somebody Else,” Meg Erdley, is currently working on her second novel.

“Somebody Else,” a mystery thriller, was written by Mifflinburg native Meg Erdley.

The soon-to-be mother of four is now an author of one, the mystery thriller “Somebody Else.”

Published this year, Erdley’s protagonist is Audrey Duke, an emergency nurse living a purposeful life with her fiancé Tom and their adopted pet, a bull terrier named “Henry.” They were on the verge of marriage, on the verge of something like that life people tend to imagine as ideal. Enter the Man.

Erdley, 28, drew from her real-life work experience on an ambulance in developing Duke, especially the “gory stuff.” She takes from her job aiding social workers, too, in creating her many characters’ personalities.

“I’ve always been into the spooky stuff, the paranormal. That’s what I’ve always kind of written,” Erdley said.

Erdley recalled writing short stories on her parents’ computer. She dove into the “spooky stuff” when she first began reading R.L. Stine’s “Goosebumps” series beginning about age 7. Stephen King, James Patterson and Dean Koontz count among the authors she cites as influences.

Writing her first book, Erdley said she found herself writing in bursts of 20 minutes and blocks of four hours. She began in September and wrapped up in March, seeking advice from her mother and sister along the way.

“I went over and edited it a million times,” Erdley said.

From there, she self-published and is now writing a second book. “Somebody Else” is now available in print and digital formats at Amazon and Barnes & Noble.

Teresa Troutman remembers her daughter typing out short stories. She remembers Erdley’s love of reading, too, and is proud her daughter’s passion for story-telling led her to create stories of her own. And, Troutman wonders where Erdley finds the time.

Erdley works two jobs. She’s a wife and expectant mother. She co-founded a nonprofit that aids people in paying for emergency veterinarian care.

Troutman received pages to read from Erdley as “Somebody Else” took shape. She said she didn’t provide much in the way of constructive criticism, rather, she couldn’t wait to read more.

“She always wanted to write books and she’s going for it. We’re so proud that she’s doing it,” Troutman said.