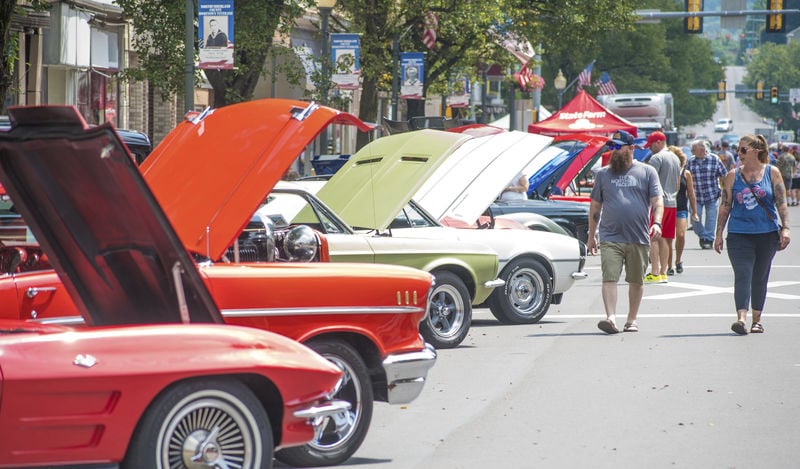 People browse the cars along Market Street during the Sunbury River Festival on Saturday. 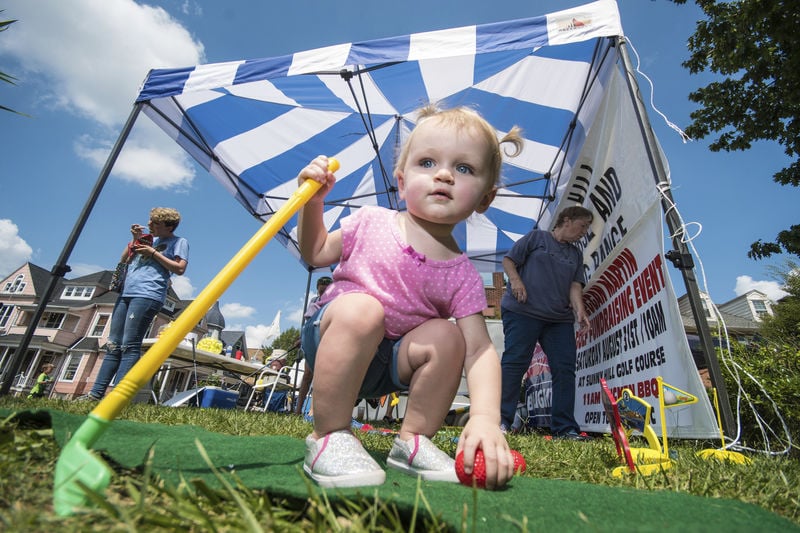 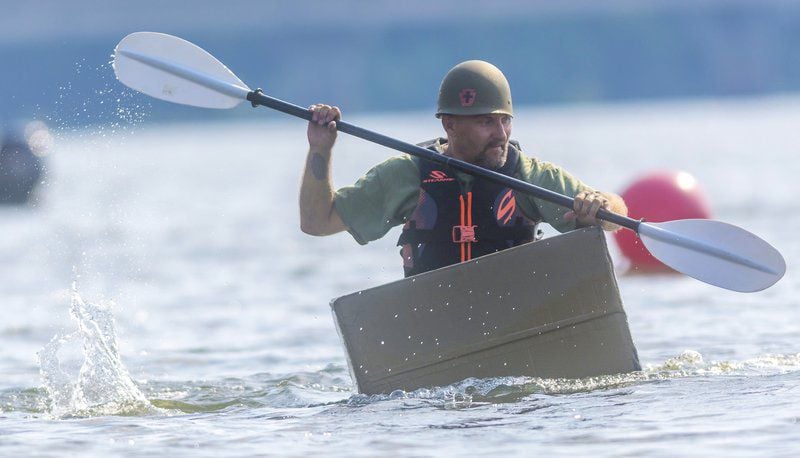 Robert Inglis/The Daily Item Justin Reid-Neidig, 5, gets some help from his grandmother Rose Bauman, while playing a game at the Sunbury River Festival on Friday. 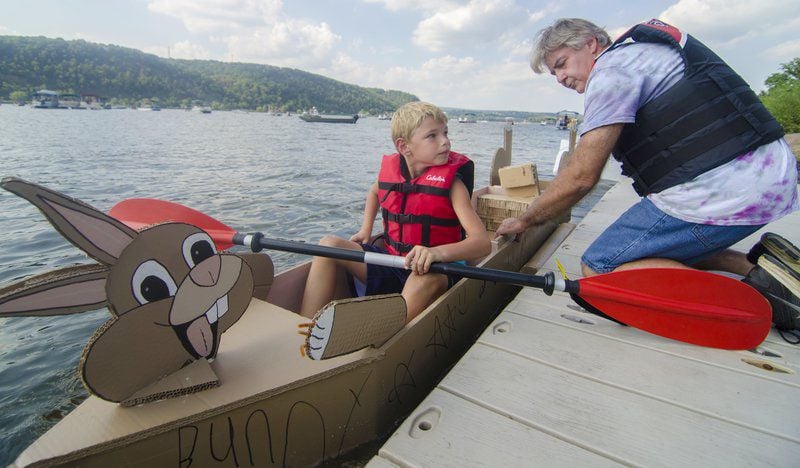 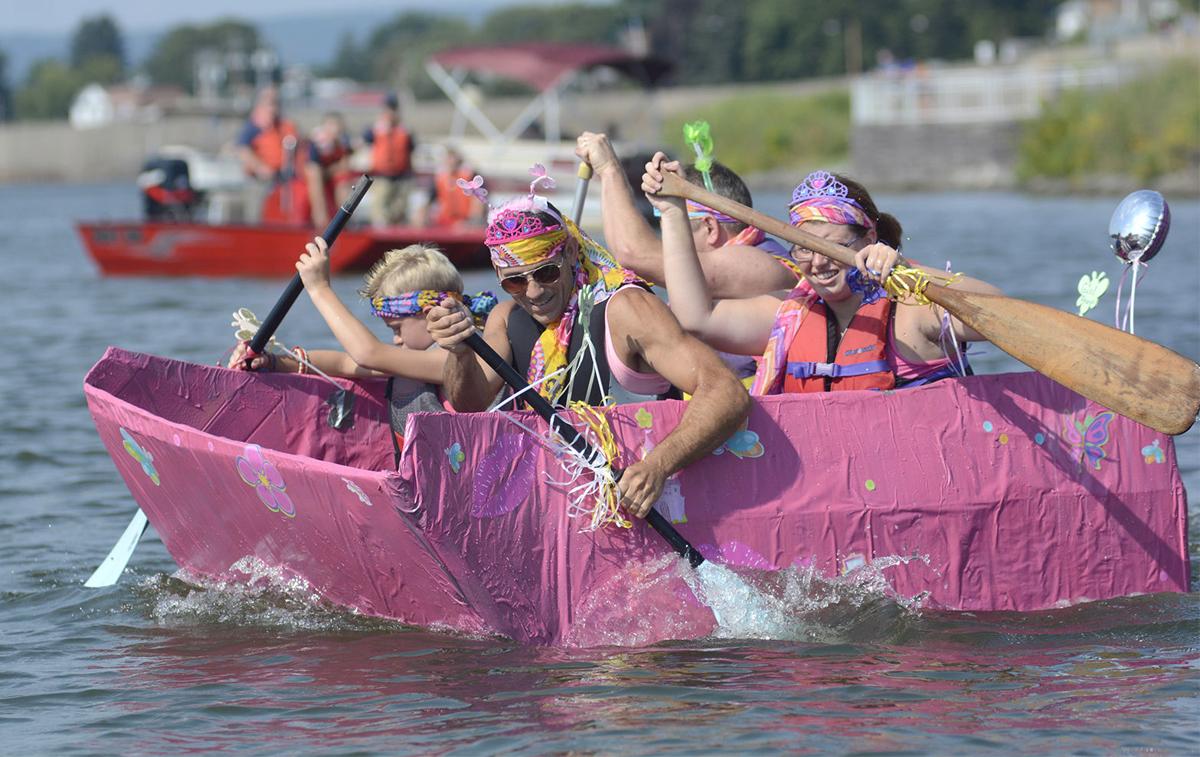 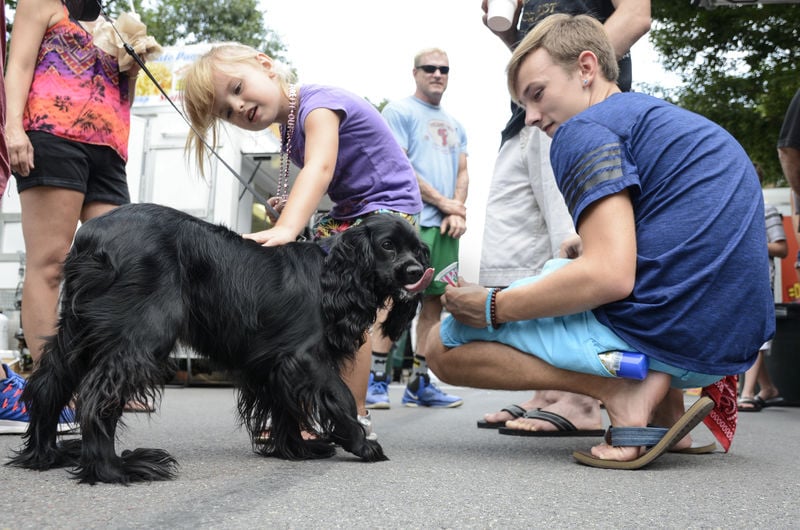 People browse the cars along Market Street during the Sunbury River Festival on Saturday.

Robert Inglis/The Daily Item Justin Reid-Neidig, 5, gets some help from his grandmother Rose Bauman, while playing a game at the Sunbury River Festival on Friday.

SUNBURY — Now in its 32nd year, the Sunbury River Festival is a beloved community event. After last year’s pandemic cancellation, organizers are excited the event will be held this weekend, and to once again have it centered around the town and the river.

Events this year will include a boat parade and the return of the very popular cardboard boat regatta, which has not been a part of the festival for several years. “So the festival is truly on the river,” said Melissa Rowse, board president of Sunbury’s Revitalization Inc., which coordinates the festival each year.

All other events will be held at Riverfront Park. This year’s theme is “Back to the River, Back to Our Roots.” The festival begins on Friday at 4 p.m. and will continue until 9 p.m. Saturday’s hours are 10 a.m. to 10 p.m.

“The Sunbury River Festival has a long history of bringing our community together to celebrate one of our most valuable treasures, the Susquehanna River,” Rowse said. She is especially excited to see the cardboard regatta because, “I have never seen the event, but from the pictures it appears everyone is so creative and has so much fun.”

That feature, the cardboard boat regatta race, will begin at 5 p.m. Saturday. Registration starts at 2 p.m. and ends at 4:45 p.m. and boats will be on display from 2 to 5 p.m. Categories for the race are youth (ages 8 to 16), adult (age 16 and older), and mixed (youth and adult). Participants are required to wear U.S. Coast Guard-approved life jackets and must provide their own paddles and sunscreen.

Rowse said she is also looking forward to the concerts. “Outside music has such a summer appeal,” she said. On Friday, John Peacefire will perform at 5 p.m., and a concert with Fully Loaded will begin at 7 p.m.

The Drive the Cars Tribute Band, a crowd favorite, will return this year and will perform at 7 p.m. Saturday. “They love coming to Sunbury, and everyone loves them,” Rowse said.

Saturday at 9 a.m. is the start time for the Shikellamy 5K and also for the annual cruise-in. Other performances and presentations will include the Lewisburg Children’s Museum from 10 a.m. to 2 p.m.; Sunbury City Band at 10 a.m.; Clyde Peeling’s Live Reptile Show at 11 a.m.; Heath’s Gym Dance Crew at noon; The Codi & Joe Show at 1 p.m.; The Squeeze-In Hot Dog Eating Contest at 2 p.m.; Asiah Savage at 3 p.m.; Kenny Jenkins, Good Little Americans at 4 p.m.; the Lake Augusta Boat Parade at 6 p.m.; and fireworks by Just Lite It at 9 p.m.

In addition, Rowse said, “Numerous food and craft vendors are joining us.” She said there will be more than 60 vendors along the river.

Free activities for families will also be offered during the weekend, as will a 50/50 cash raffle, face painting and glitter tattoos by the Lower Augusta Fire Company. The Sunbury Moose will open a cash bar at 6 p.m. each night.

Another new offering for visitors this year is a rescue boat ride, provided by the Rescue Hose Co., at a minimal cost per rider. According to Captain Eric Saxton, the fire company has discussed the idea for a while now, and this year, with the festival moving to the river, it seemed like the prime time to offer the rides as a fundraiser. The company will also be present to assist with the cardboard boat regatta on Saturday. “We’re very excited they’re going back to the river and the riverfront,” Saxton said.

The captain also said volunteerism in fire companies across the state has been critically low, and he hopes that having a stand at the festival will help to encourage others to serve as organizational volunteers and firefighters. He’s also looking forward to connecting and enjoying the festival in general. “There are a lot of different vendors and food, and it’s nice to get out with the community, try different things, see different people,” he said. “It’s a nice atmosphere.”

Rowse said she is thankful for the many volunteers it takes to make the festival happen, and is especially grateful to Amanda Furlong, office administrator for SRI, “for keeping us organized.”

“Hopefully it is a record-breaking year with thousands coming into Sunbury to celebrate the river,” Rowse said. “With last year’s cancellation, we believe that many are ready to return and enjoy the weekend.”

The Sunbury River Festival is SRI’s largest fundraiser, with proceeds making it possible for the organization to give back to the community through small business grants.

More information is available at www.sunburyrevitalization.org and on the Sunbury River Festival Facebook page.