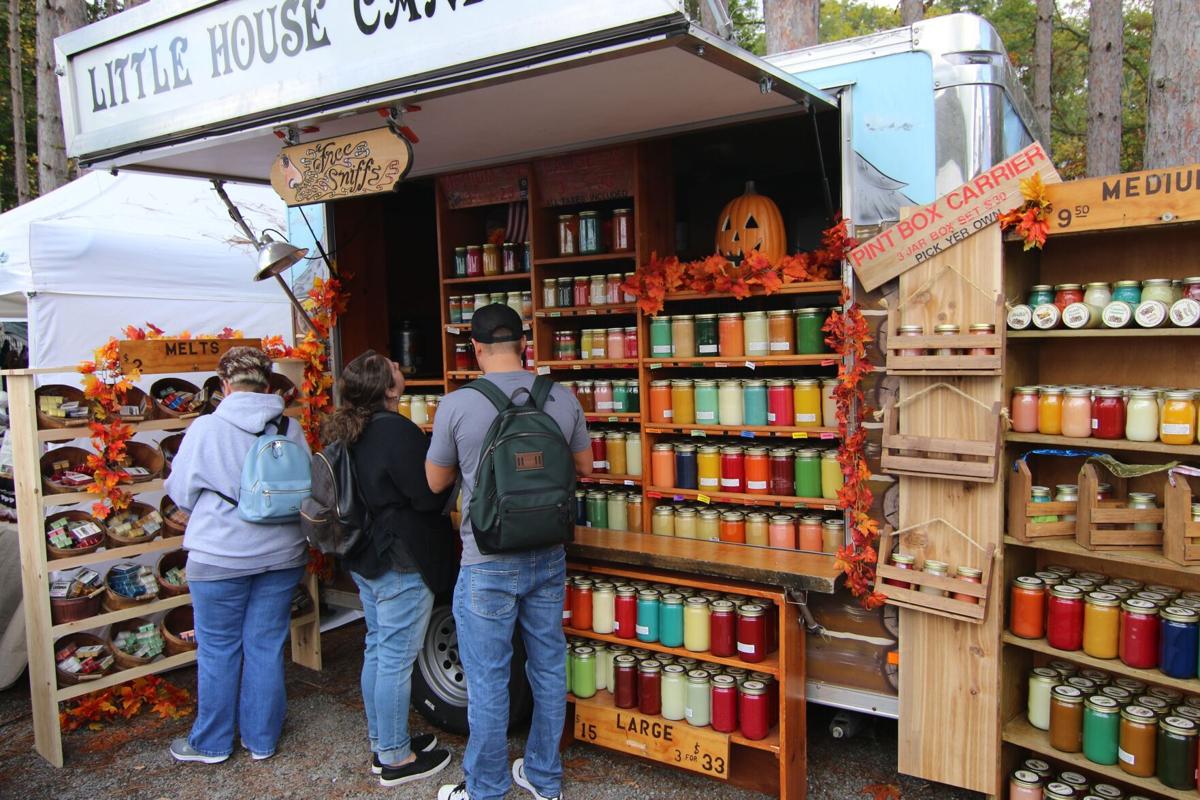 Shoppers have many options for fragrances and colors at this candle stand. 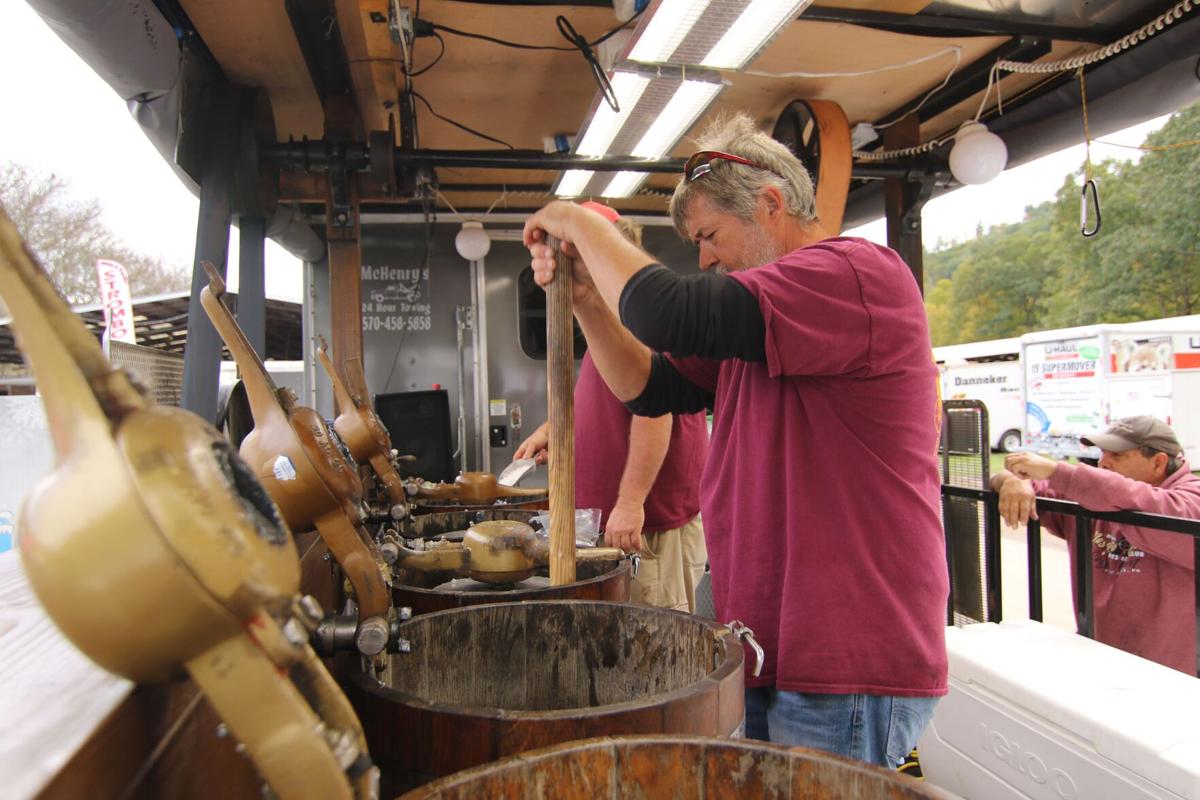 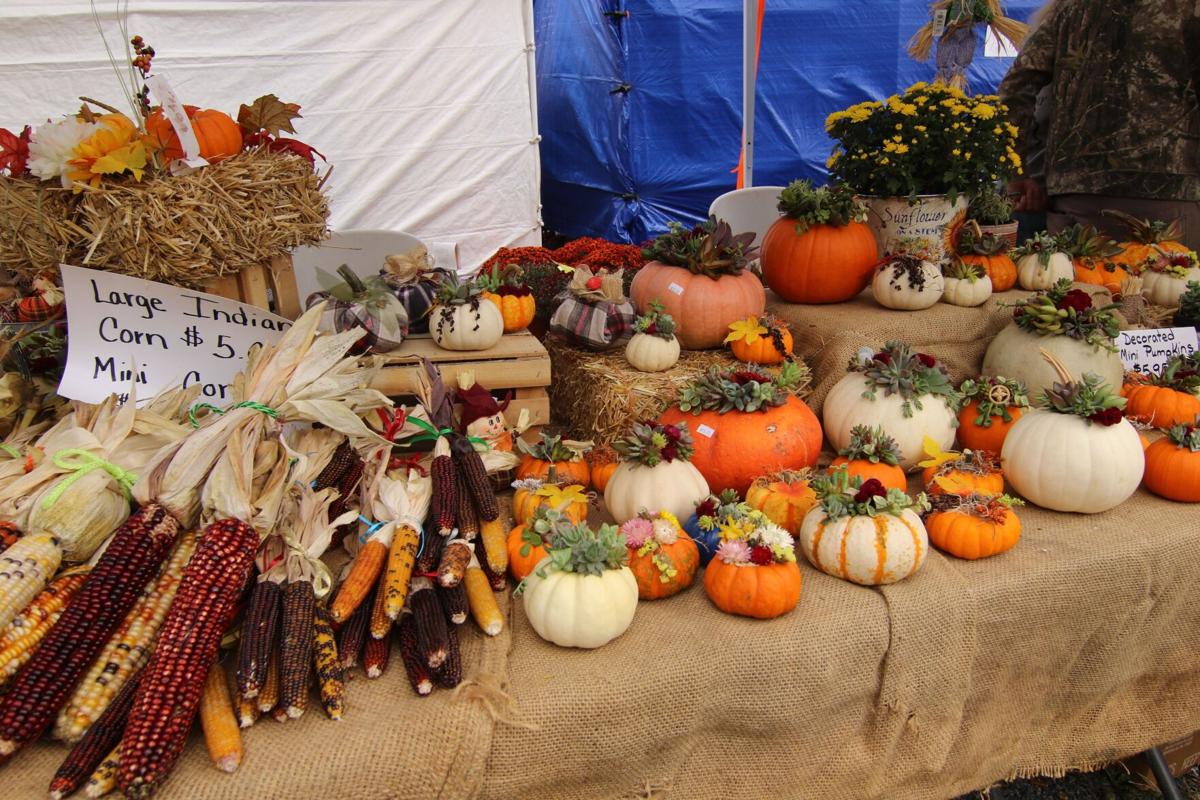 Pumpkins come in lots of shapes and they are not all orange. 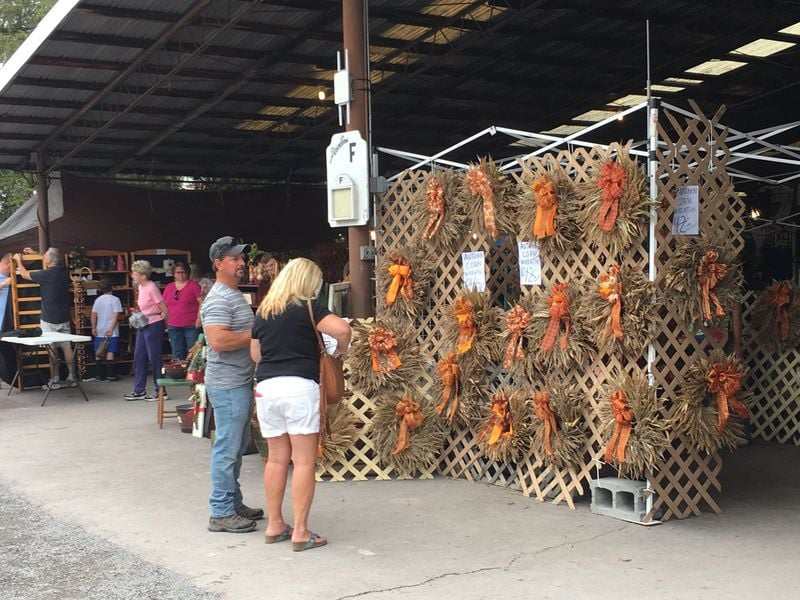 Visitors to the Covered Bridge & Arts Festival check out wreaths in one display. 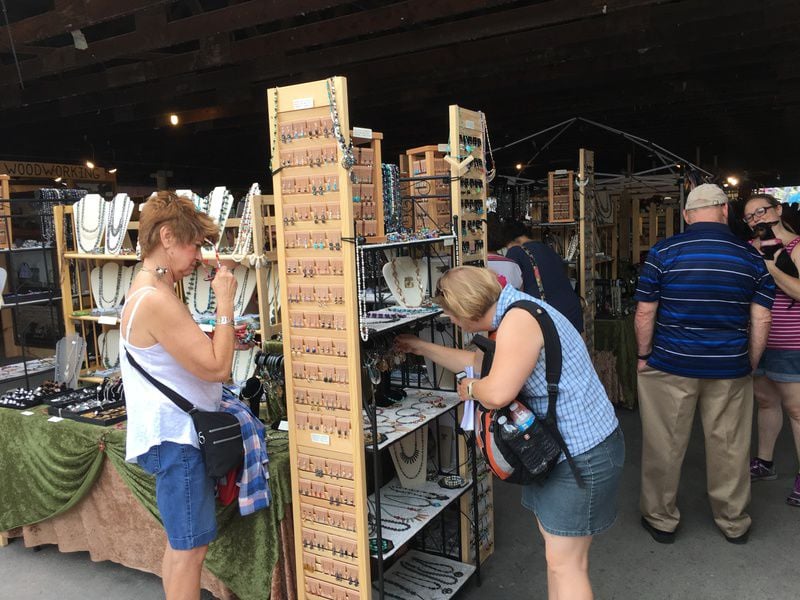 Two women check out some of the items at West Wind Jewelry at the 36th annual Covered Bridge & Arts Festival at Knoebels Amusement Resort on Sunday. 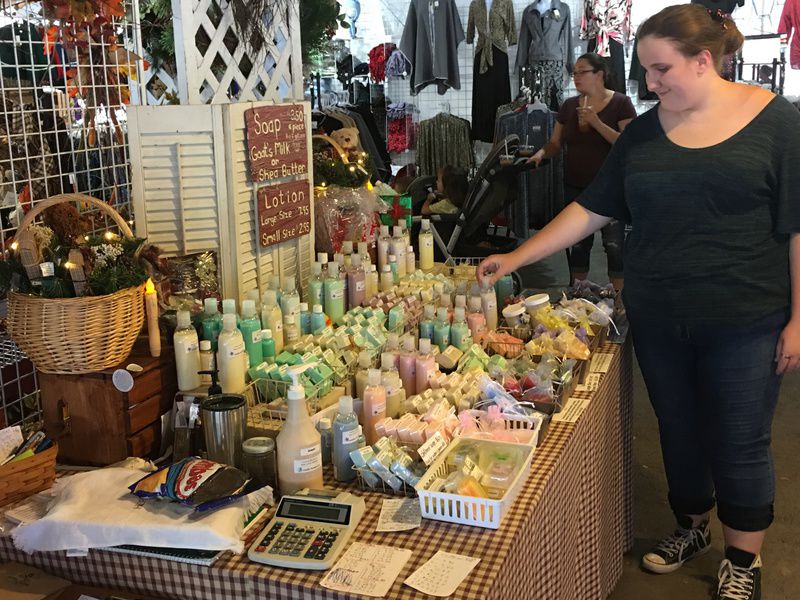 Maggie Henderson, 16, of Horseheads, N.Y., enjoys looking at the lotions and other items at Mountain View Candles stand at the 36th annual Covered Bridge & Arts Festival.

Shoppers have many options for fragrances and colors at this candle stand.

Pumpkins come in lots of shapes and they are not all orange.

Visitors to the Covered Bridge & Arts Festival check out wreaths in one display.

Two women check out some of the items at West Wind Jewelry at the 36th annual Covered Bridge & Arts Festival at Knoebels Amusement Resort on Sunday.

Maggie Henderson, 16, of Horseheads, N.Y., enjoys looking at the lotions and other items at Mountain View Candles stand at the 36th annual Covered Bridge & Arts Festival.

BLOOMSBURG — It began small in 1981, but, since then, the Covered Bridge & Arts Festival has grown to four days and it now welcomes more than 300 vendors. The festival has also increased in popularity with many who travel to the event each year saying they come to welcome autumn.

Because of that continued success, this year the festival has been moved to a new and bigger location — the Bloomsburg Fairgrounds at 620 W. Third St. The event was formerly held at Knoebel’s Amusement Resort in Elysburg.

Shane Kiefer, director of marketing for the Columbia-Montour Visitors Bureau, said they are excited to be back this year, which will be the festival’s 39th.

“This festival means so much to the community, and its ability to draw travelers from all over the East Coast and even beyond is a nice benefit to the businesses in the region,” he said.

The festival has become a tradition over the last nearly four decades, and its covered bridge bus tours remain extremely popular. This year’s Sunday tour is already sold out. Limited tickets remain for the Friday tour, which leaves at 12:30 p.m. For more information, contact the visitor’s bureau at 570-784-8279.

Another major draw, and the second part of the festival’s name, is the quality and diverse quantity of fine arts and crafts that are available, especially as shoppers enter the season of holiday gift buying. The festival this year will feature more than 325 craft vendors and 32 food vendors.

One of those vendors is Bob Brown, who has displayed and sold his fine art photography for 10 years at the festival. A professional photographer for more than 40 years, he owns a studio in downtown Danville. Brown said he most enjoys meeting new people and customers and seeing return visitors each year.

“I also enjoy being able to have the chance to tell the stories behind each of my photos to customers in person,” he said.

Another longtime craft vendor at the festival is Jinny Hess, of White Hall. This will be her 23rd year. Her specialty is crafted wood items made out of fallen trees, mostly birch and cherry. She creates a variety of personalized ornaments and floral arrangements and has been doing crafts with her father since 1985 as a supplemental income.

“We would take our canoe out and go up the lakes and find fallen birch trees,” she said. She said when she was a kid, she and her dad built the canoe in his basement, and she made other crafts with him as well. He had worked as a furniture upholsterer, and upon his retirement, he began helping out Hess’s craft business by cutting up the wood.

He passed away in January 2020; however, her love for crafts continues. With other members of her family — including her daughter who makes jewelry and a grandson and his girlfriend who offer crocheted items — she has continued crafting. Her husband now cuts the wood for her crafts, and her sister helps out wherever needed as well. She has relationships with a couple of landscapers who also keep her supplied with birch and cherry wood.

She looks forward to the Covered Bridge & Arts Festival each year. “It’s one of the best-run shows,” she said. “They’re very strict about making sure it’s handmade stuff. The people who run it have been excellent, very cooperative.”

Vendors will be located in four of the fairground buildings, the Quonset Hut, and the outdoor spaces between the buildings and the Farm Museum. New to this year’s event will be the addition of wine tasting in both the Farm Museum and the Horticultural Building.

The festival will also offer wagon rides to the Rupert Covered Bridge, located 1.2 miles from the fairgrounds, as well as a variety of kiddie rides, games, and pony rides.

Geisinger will be on-site Friday to provide free flu shots to anyone who would like to receive one.

At the same time as the Covered Bridge Festival, the fairgrounds will also be hosting the Susquehanna Valley RV Show. Admission to this event is free as well. For more information, visit susqrv.com.

Trams will provide transportation from the parking lot to the gate entrance. The festival and the RV Show will adhere to all CDC large gathering guidelines as mandated at the time by state and local restrictions.

Kiefer said the festival is a huge part of the Columbia-Montour Visitors Bureau’s mission of promoting the region for tourism and travel. The festival brings in visitors from all over Pennsylvania and out of state. “A visit to the festival is a gateway to seeing the beauty of the region in prime fall foliage season,” Kiefer said. “It is also a way for people to check out other area attractions or businesses and make an extended vacation out of the visit.”

According to Kiefer, the most recent return-on-investment study done for the festival revealed that direct spending equaled more than $8.6 million, and overall spending was more than $14.2 million.

For more information about the Columbia-Montour Visitors Bureau, visit https://itourcolumbiamontour.com/.