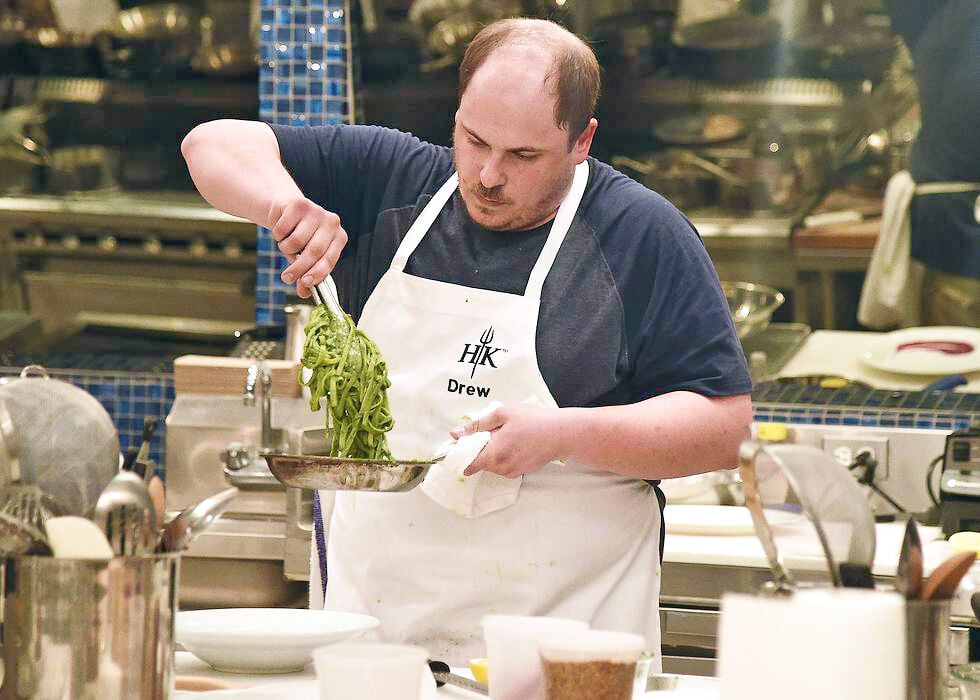 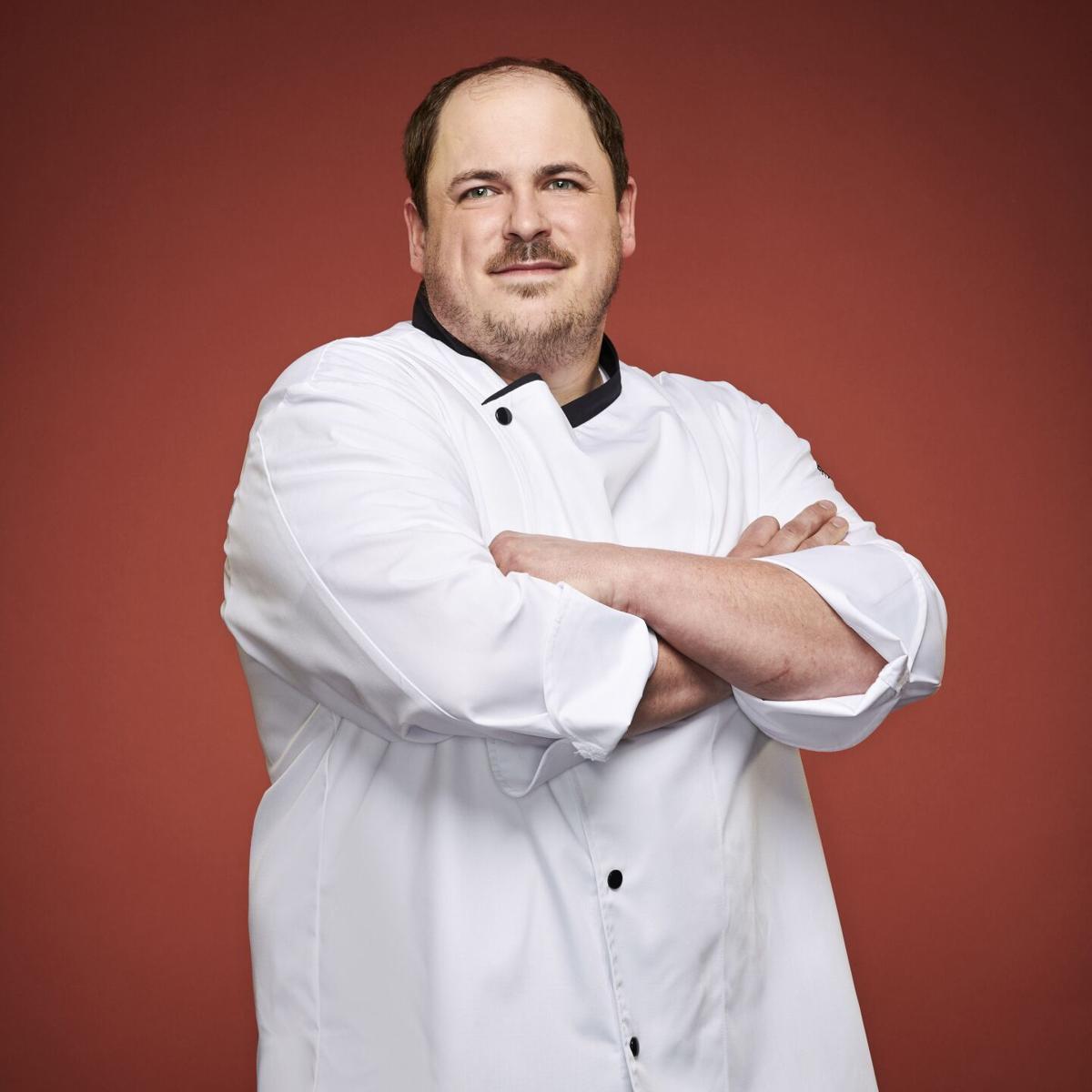 Drew Tingley, lead line cook at Ard’s Farm Restaurant, in Lewisburg, was accepted as a contestant on “Hell’s Kitchen.”

Drew Tingley, lead line cook at Ard’s Farm Restaurant, in Lewisburg, was accepted as a contestant on “Hell’s Kitchen.”

Only one month into a new job, Drew Tingley, of Millmont, received the offer of a lifetime: a chance to compete on television’s “Hell’s Kitchen.” As thrilled as he was, he hated having to ask his new employer for what could become a lengthy amount of time off.

“They were very gracious about it,” Tingley said of Ard’s Farm, in Lewisburg. “I’m saying, I know I’ve only been here a month, but would you care if I went out to ‘Hell’s Kitchen’? And they were like, yeah, go ahead. Follow your dreams.”

He did follow his dreams and, as a result, will be seen on the premier for the newest season of “Hell’s Kitchen,” starting Thursday at 8 p.m. on Fox Broadcasting Company.

Tingley found himself on the show in 2019 after he happened upon a Facebook post asking cooks to apply for a casting call and decided to give it a whirl. The application process alone included videos, photos, paperwork and portfolios of his work, which led to the interview and, at last, the tapings of the show. The entire process took months. Actually boarding a plane for Las Vegas took nerve.

“It’s a little nerve-wracking,” Tingley said. “You’re flying across the entire country. When you step out, you know, you’re from this small town, and then there’s everything lit up forever. It was absolutely gorgeous.”

Filmed in Caesars Entertainment Studio just off the famous Las Vegas Strip, Tingley’s segment features two teams of eight cooks vying against each other. He said he had to quickly get to know his team members and build a relationship with them, “and then you throw a wild card into the mix like Chef Gordon Ramsay, and it’s just like, wow.”

Ramsay is known not only for his cooking expertise but for his forceful personality and less-than-choir-boy-style outbursts. He makes people quiver.

“He’s very intense,” Tingley said. “He brings that intensity and fire and passion with every aspect of life that he gives. That’s the biggest thing about him. He’s just so passionate about everything.”

Saying he’s watched “Hell’s Kitchen” since he was a child, he appreciated the chance to meet his idol.

“It’s a very powerful moment,” he said. “Outside of becoming a father and meeting my fiancée, it was one of the greatest experiences I’ve ever had in my life.”

Tingley is not allowed to divulge anything about the show — watch Thursday to see how he does — but he appreciates all he’s learned and uses some of the techniques in his position as lead line cook at Ard’s Farm Restaurant.

“I’ll be forever grateful because it grew me not only as a chef but also as an individual,” he said. “Watching one of the greatest (cooks) ever and learning from him, I think I definitely have a strong takeaway, and I have really put forth an effort to step up my game.”

Justin Midkiff, executive chef at Ard’s, was happy for Tingley’s chance to be on “Hell’s Kitchen.”

“I thought it was awesome,” Midkiff said, adding that he enjoys working with Tingley in Ard’s kitchen, where they collaborate and bounce cooking ideas off of each other. “I have a ton of respect for him. He brings a lot to the table. When we want to create something new, we can just go right at that.”

“It’s quite an honor that somebody from Central Pennsylvania makes it onto a show like that,” she said. “We’re all just very excited that he chose to work with us. He is and always has been a great team player. Everybody in our kitchen works well together.”

Ard had planned on a big watch party for the season opener of “Hell’s Kitchen,” but pandemic restrictions put a halt to that. She’s hoping they can throw some kind of celebration in the summer.

“I have a ton of respect for Justin, Kyle, Alan (Ard), Ethan (Midkiff),” Tingley said. “They’re great people. They’re fantastic to work for.”

Besides the Ards and his fiancée and children, Tingley said he is grateful to other local supporters, including Sara Lawver, formerly with the Greater Susquehanna Valley United Way, who encouraged him to go forward with the application. He also gave a shout out to Rick and Donna Schuck, his former employers and owners of Bot’s Tavern, in Selinsgrove, saying they are “absolutely wonderful people.”

Like his family and friends, he’s looking forward to watching “Hell’s Kitchen” Thursday, but to him, it will be a chance to see old friends.

“I’ve met people that have since become family to me,” Tingley said. “They were very, very highly talented chefs that I got the opportunity to meet, and when you put together a group like that, you’re bound to get something special.”