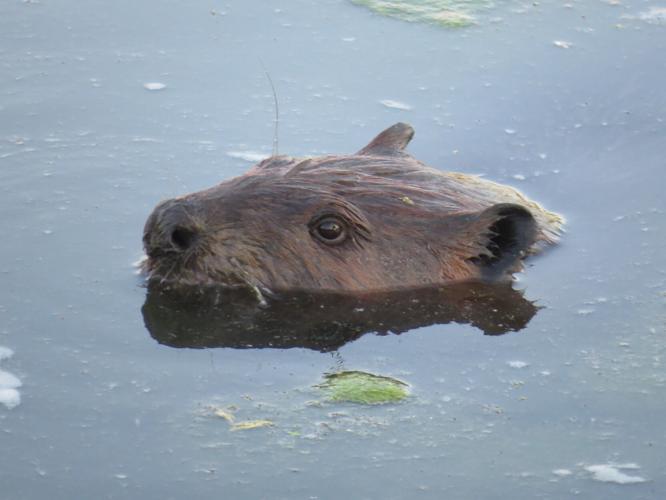 The beaver is Pennsylvania’s largest rodent, weighing up to 60 pounds. 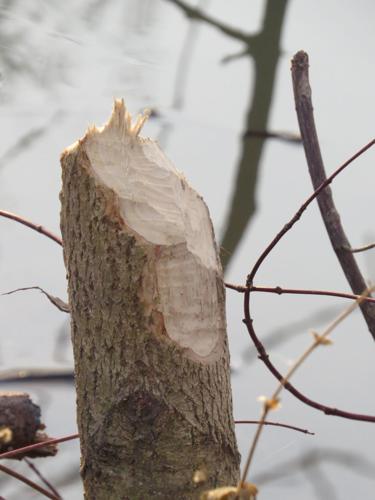 This example of a beaver's handiwork shows what a beaver's teeth are capable of doing. 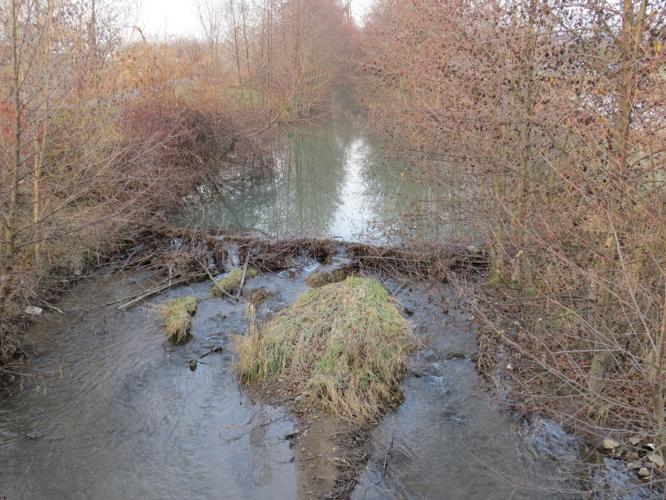 Beavers are fast, efficient builders. This dam was erected by one beaver in a matter of days.

The beaver is Pennsylvania’s largest rodent, weighing up to 60 pounds.

This example of a beaver's handiwork shows what a beaver's teeth are capable of doing.

Beavers are fast, efficient builders. This dam was erected by one beaver in a matter of days.

Once thought to have been eliminated in Pennsylvania due to over-harvesting and timber cutting, the beaver once again can be found throughout the Keystone state.

This huge rodent, weighing in at as much as 60 pounds, is well-known for its dam building. While beavers can be found in lakes, ponds and rivers — given the opportunity, most prefer to live in small streams where they will dam up the waters in order to build themselves an area that will offer both protection and easily obtainable food. While such dams often benefit numerous species of wildlife such as both mallard and wood ducks as well as muskrats and mink, they can cause serious problems for man including the loss of farmland and damage to roadways or even homes.

Did you know that we owe more thanks to the beaver than any other creature for the expansion of our great nation? It’s true: Had it not been for trappers pursuing beaver and other furbearers, many believe our nation’s borders would never have developed as far as the Mississippi River, let alone from coast to coast as it had. For that and a number of other things, we owe the beaver a great deal of gratitude. Without the beaver, the United States could have easily become a multitude of smaller nations.

Often living in small family groups, but occasionally alone, beaver locations are often easily identifiable by trees and saplings bearing their chew marks. While beavers have been known to bring down some very large mature trees, most are smaller — often three inches or less in diameter. While many of these trees will be stripped of their bark for food, the beaver will eat a variety of vegetable matter. Cat-tails, water lilies, duck weed, ferns, grass, mushrooms and other soft plants are all possible food sources for a hungry beaver.

In addition to dams, beavers are also known for constructing lodges. A lodge is typically domed shaped and is nothing more than a hollowed pile of limbs and mud where the animals can seek shelter from predators and bad weather. Beavers are also known for creating underwater brush piles. These brush piles are actually a storage system for insuring food throughout the winter when the water could be iced over.

Breeding takes place in February and March, with the young being born after a 12-week gestation period. Litters will typically consist of 3 to 6 kits. Newborns will weigh about a pound and be fully furred with teeth already erupted. The young will usually not emerge from their den until about 6-weeks of age. The young will often remain with their parents and siblings until about 2 years of age when they will begin searching for their own territory. While capable of living up to 15 years, most die much younger, often due to predators and occasionally from being struck by falling trees that they were chewing.

The beaver was once in danger of being eliminated entirely in Pennsylvania. But thanks to regulated trapping and the efforts of the Pennsylvania Game Commission to re-establish the beaver, starting with the release of a mated pair from Wisconsin back in 1917, by 1984 the population rose to where limited trapping was once again allowed. In fact, it was necessary to control the population and reduce the amount of conflict with landowners. Today, beavers can be found in suitable habitat across the entire state with a number of them residing here in the Susquehanna Valley.