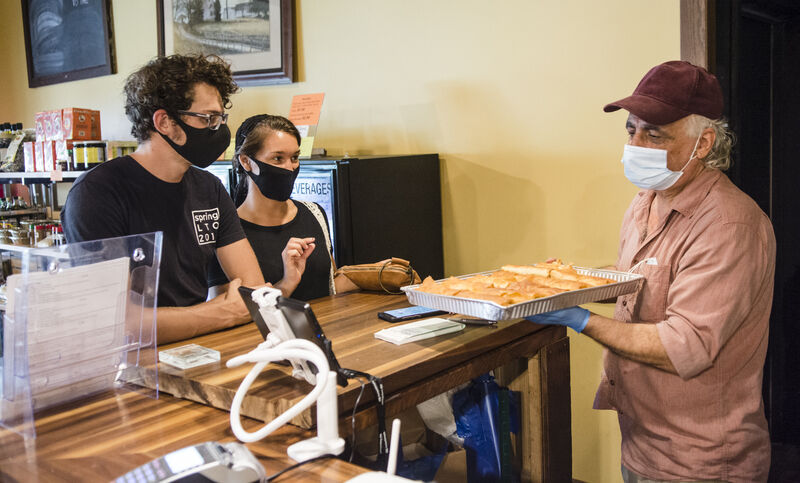 Matt and Hannah Jantzi decide what they would like to try as Alee Kabalan presents some choices at his new Alee’s Cafe & Mediterranean Mini Store in downtown Lewisburg. 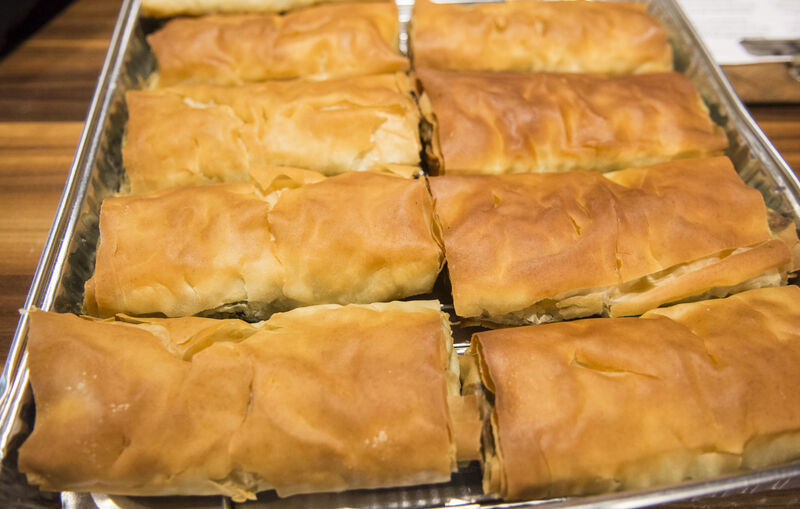 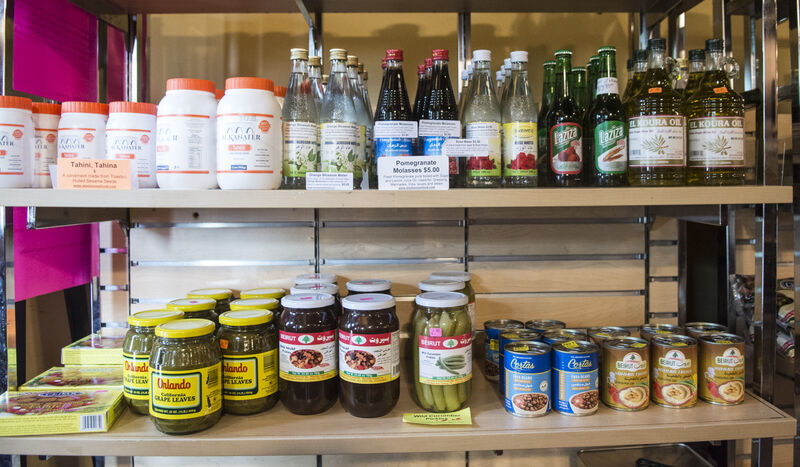 Alee’s Cafe & Mediterranean Mini Store on Market Street in Lewisburg carries some unique items and flavors for sale on its shelves.

Matt and Hannah Jantzi decide what they would like to try as Alee Kabalan presents some choices at his new Alee’s Cafe & Mediterranean Mini Store in downtown Lewisburg.

Alee’s Cafe & Mediterranean Mini Store on Market Street in Lewisburg carries some unique items and flavors for sale on its shelves.

LEWISBURG — Alee Kabalan has been in a new permanent location in downtown Lewisburg for more than a month, where his international food business improves by the day and gets closer to the image he has for Alee’s Cafe & Mediterranean Mini Store.

Kabalan has sold his unique foods — everything from spinach pie to hummus and baklava — out of the Lewisburg Farmer’s Market and Sunbury Market House for a few years. Now he has a home at 235 Market Street in Lewisburg, the former Smiling Chameleon location.

“We are in this story almost six weeks and it’s good,” Kabalan said. “Every day is a little better than the day before. In one or two weeks we will be settled into what we are looking for.”

Word-of-mouth and location have been important for Kabalan. Husband and wife Matt and Hannah Jantzi stopped in for food on Thursday after running into Kabalan in the street. For the Jantzi’s the cafe is within walking distance of their home.

“We struck up a conversation and he said he had a new place,” Hannah Jantzi said. “We wanted to try it out. We usually like this kind of food.”

What “this kind of food” actually is, can be a little difficult to pinpoint at the cafe.

Kabalan, a mechanical engineer by trade from Lebanon, said he has traveled the world for work and with family and picked up recipes along the way.

He isn’t a classically trained as a cook, he just tries recipes until he finds something he likes and puts it on the menu.

“Cooking is something I love to do,” he said. “I cook for myself and for my friends. I’ve had a chance to be in many countries in the world and taste different kinds of food. Food from China, the U.S., Europe, Asia, the Mediterranean, Africa.

“Something comes to my mind and how to combine things. Then I think about the things that might be common to all of us.

“This is my background, my hobby.”

The menu includes many items that may not be known, at least by name, to many in the Valley.

The Kibbeh pan is a mixture of cracked wheat, ground beef, onions, walnuts, pine nuts and a mix of Middle Eastern spices. Dolma is grape leaves stuffed with rice, onions and spices. Kataifi is a desert pastry filled with nuts and soaked in honey rosewater syrup.

“We’re going to come back and try everything on the menu,” Hannah Jantzi said.

In addition to the made-to-order food — which Kabalan, who has lived in the Valley since 2016, prefers customers take with them to eat at home — there are dozens of exotic spices and foods available for sale off the shelf.