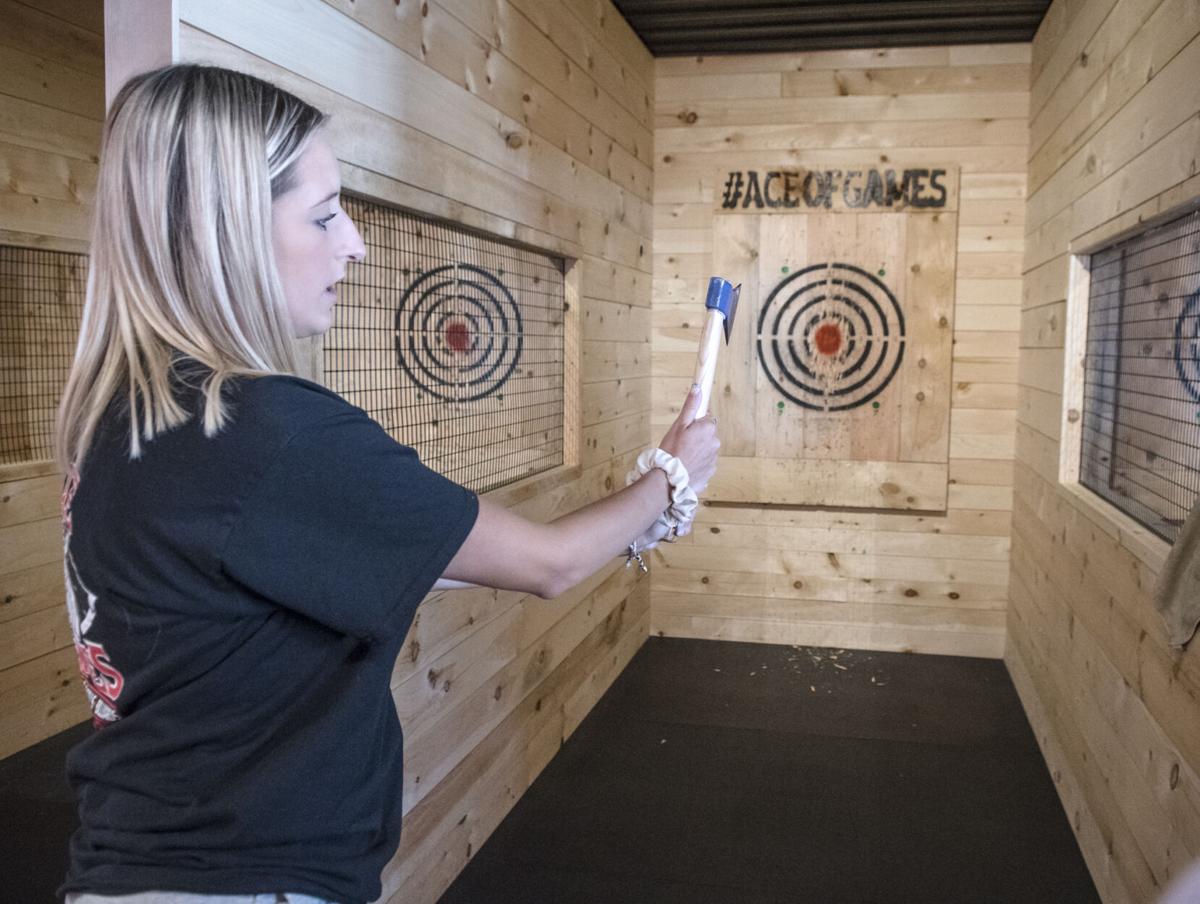 Ace of Games Axe Trainer Abby Hager talks about how to aim before throwing an axe. 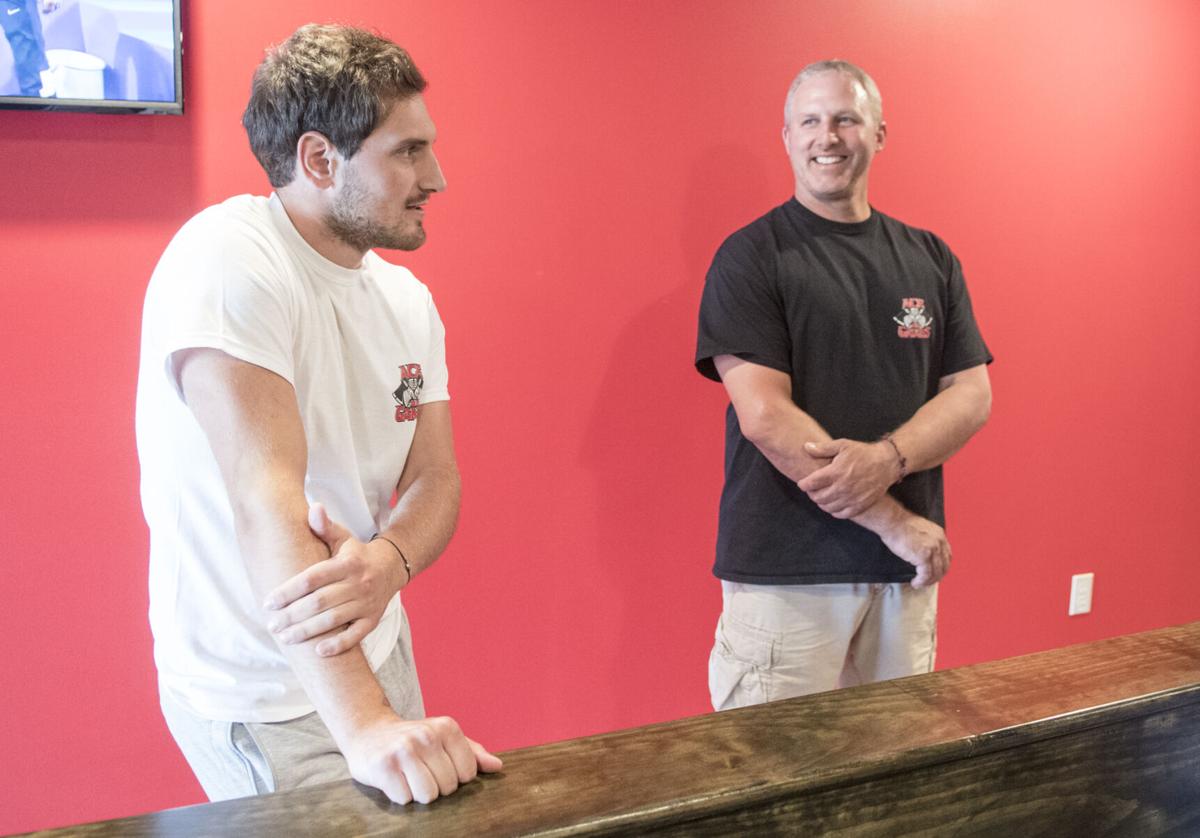 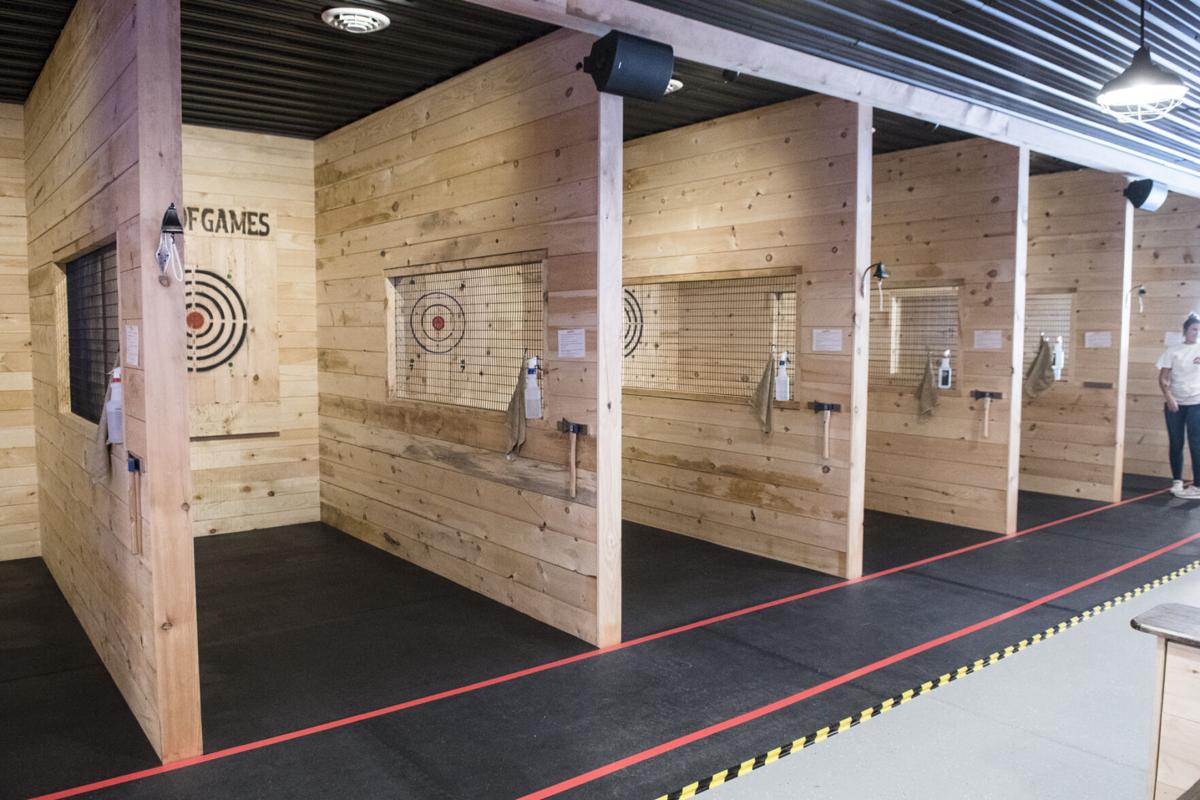 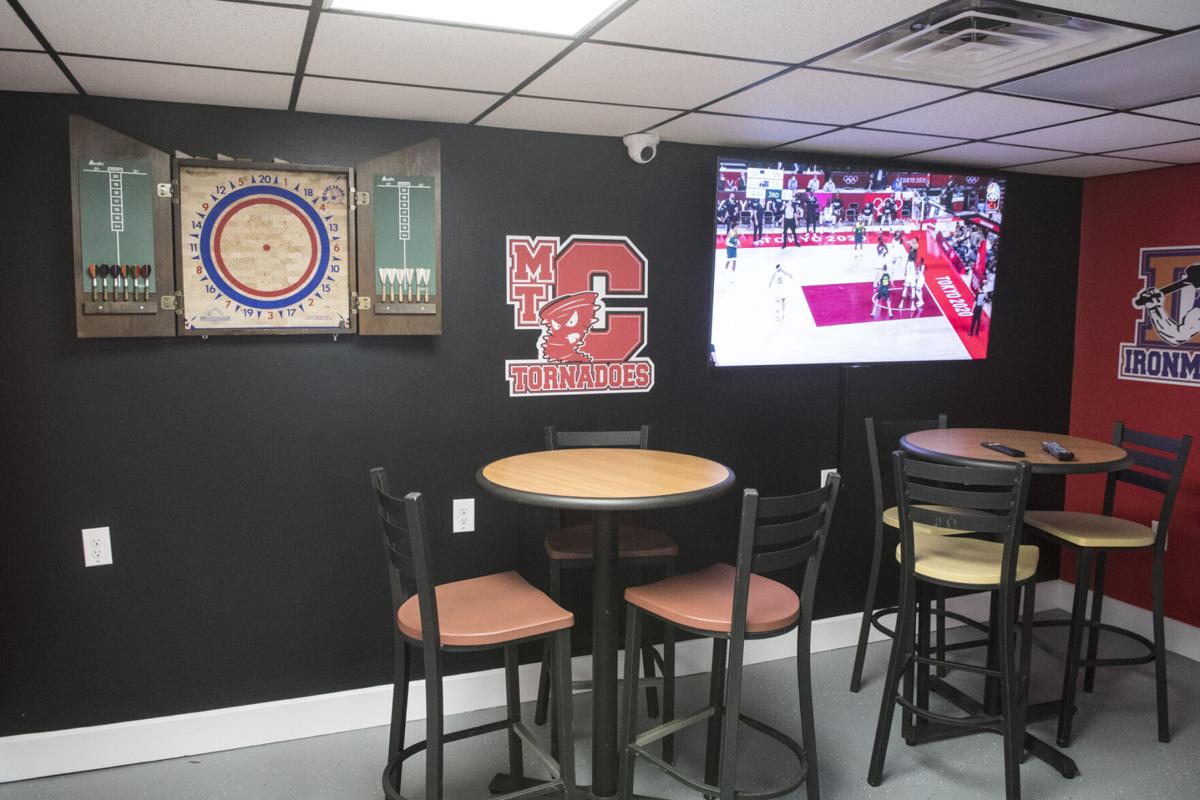 Robert Inglis/The Daily Item There is a dart board, pool table, and TV in the back room as well as PA Skill Games at the new Ace of Games in Elysburg.

Ace of Games Axe Trainer Abby Hager talks about how to aim before throwing an axe.

Robert Inglis/The Daily Item There is a dart board, pool table, and TV in the back room as well as PA Skill Games at the new Ace of Games in Elysburg.

ELYSBURG — Those looking to tap into their inner lumberjack have a new place to do so in Elysburg.

Ace of Games, owned by Chris Hager and John Stabinski, opened July 15 at 140 S. Market St., Elysburg, at the location of the former Spectrum Technology.

The entertainment business has six axe throwing lanes, billiards, dart boards and PA skills machines, and guests are allowed to bring their own food and beverages.

“It’s great camaraderie with friends or going out for date night,” said Hager, who recently resigned after 28 years as a human relations production supervisor at Nation Ticket to open the store.

It’s a place to have fun or take the frustration out on a board, he said.

Spectrum moved out in 2017. After Hager purchased the property in March, Stabinski came on as a business partner and they started renovating the property. They tore down a residential home next door and created a parking lot for guests.

Hager said he first became interested in axe throwing when he and a group of 16 people went out for a night in Drums.

“It was a good time. I figured it wouldn’t be that hard to build one. That was my vision and then I met John as a partner. We came up with the game room and games.”

Stabinski, an owner and operator of ATMs and skill games as well as Skylight Painting, said he was excited to get involved.

“It’s a new and upcoming thing,” he said. “Being first at things is one of the best things.”

“The overhanded (two-handed) is what I like,” said Hager. “You put one thumb up. My dad likes to teach you put it (the blunt end) on your head to start. You step and toss.”

Chris Hager said it’s mostly about how comfortable you are throwing leads to your method.

“I don’t think there is any right or wrong,” said Hager. “Footing is everything in axe throwing. If you don’t have the right footing, you’re not going to get a stick.”

Abby Hager, Goodlunas, Girardi and Szuler are all in their early 20s. They said it’s a great place for people of any age to come to throw axes.

The plan is to eventually expand with additional attractions and events, such as Glow in the Dark Nights and Divorce Nights where people can bring pictures of their exes and place them on the axe board.

T-shirts are for sale and food trucks will be on site on future dates.

The price is $20 per hour per person with a limit of three people per lane. It’s $8 an hour for pool only if you’re not there for axe throwing.

Monday and Tuesday are by appointment or special events only.