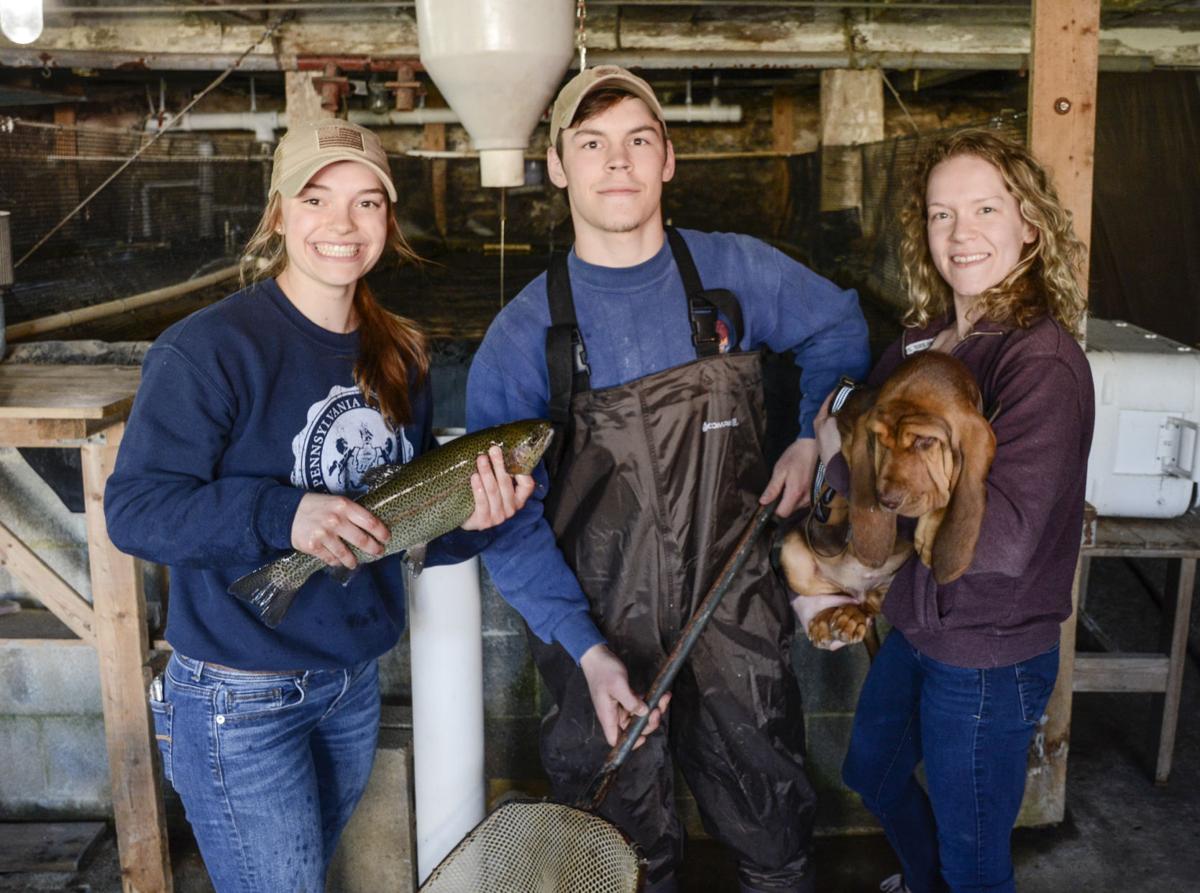 Cora Reed, left, gets help from her siblings, Clayton and Madison, running her business, Springcress Trout Farm in Mifflinburg. 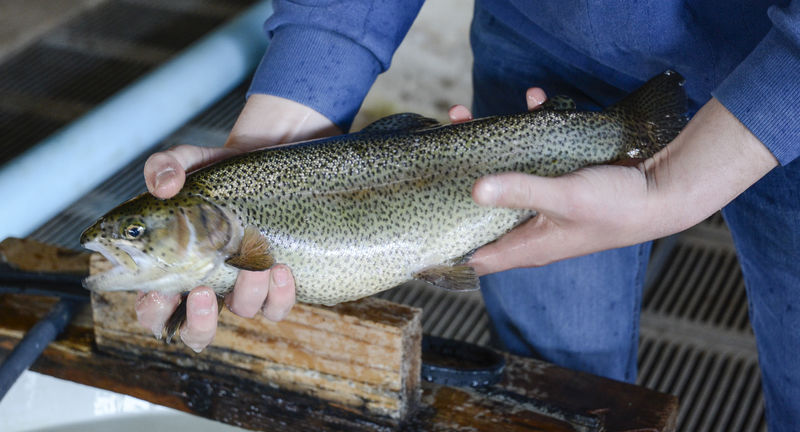 Robert Inglis/The Daily Item One of Springcress Trout Farm's many rainbow trouts that they have raised. 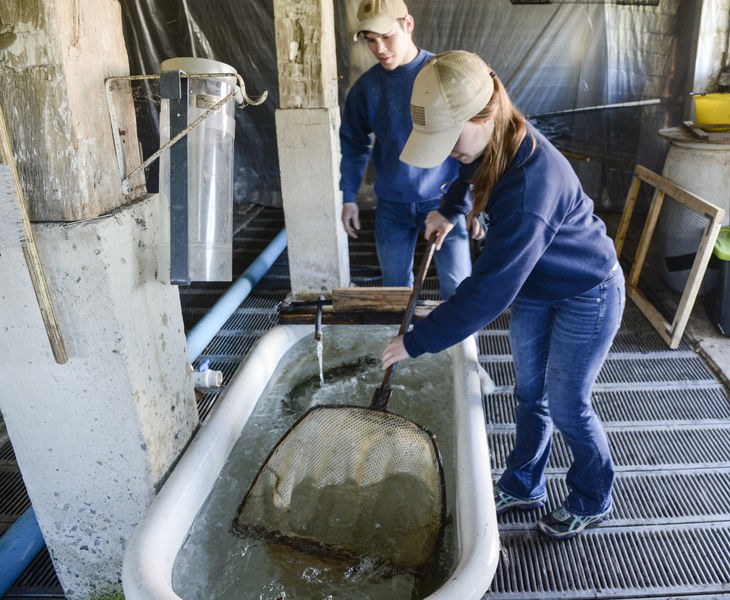 Clayton Reed, left, and his sister Cora Reed fish out a rainbow trout at Springcress Trout Farm in Mifflinburg.

Cora Reed, left, gets help from her siblings, Clayton and Madison, running her business, Springcress Trout Farm in Mifflinburg.

Robert Inglis/The Daily Item One of Springcress Trout Farm's many rainbow trouts that they have raised.

Clayton Reed, left, and his sister Cora Reed fish out a rainbow trout at Springcress Trout Farm in Mifflinburg.

MIFFLINBURG — The trout fishing season began statewide on April 7, but a Penn State student and her family have made it easy for those looking to put fish on their dinner plates.

Family members have joined efforts to raise rainbow trout on their Watson/Reed farm property, and now, restaurants and individual customers can buy all they want from their newly formed company — Springcress Trout Farm.

Cora Reed, 21, who just finished her freshman year at Penn State, said she named the company after the spring and abundance of watercress that grows in the streatm on their property.

She, her brother Clayton Reed, 19, and their family operate the business. Cora is part of the sixth generation to live on the farm.

“My dad inspired me because he always told stories about his fish and we have been elbowing him to help us get it started,” Cora said.

“He set up a fish hatchery and tried to raise fish when he got out of high school, but because of his job and raising a young family, it didn’t work out for him. So my brother and I have always had the idea of getting the fish farm running again. We had all the supplies on hand to do it.

“It’s just now we’re old enough to all be able to help,” she said.

“It’s easier. Because we can do it as a family.

The most difficult part of the startup, Clayton added, was thinking of strategies on easier ways to catch the adult fish.

There is a stream at the top of the woods on their farm property, and the water is channeled down into their barn into tanks. That is where they keep the fish.

The water is constantly cool and that is perfect for rainbow trout, Clayton said.

That’s where is all starts. This natural spring is the life source to the rainbow trout. The spring starts from a limestone cropping on the wooded ridge of the farm and is channeled through raceways into the barn.

The trout are purchased at a hatchery when they are about two inches in length. They are fed high-protein pellets, and It takes about two years for them to mature into a fish that can be sold.

The business is in the early stages, Cora said. “We are selling them to the public now.”

People can call or email to preorder and “we have the fish ready for a quick pickup at the farm,” Cora said. “We try not to overlap when people come to pick up, and we wear fast coverings for our safety and theirs. Delivery will be available to large restaurants in the future.”

Once college classes resume, Cora plans on making business a major. She is in the Army National Guard.

There is a 10-fish minimum for deliveries. A number can be picked up at the farm, 7373 Furnace Road, Mifflinburg.