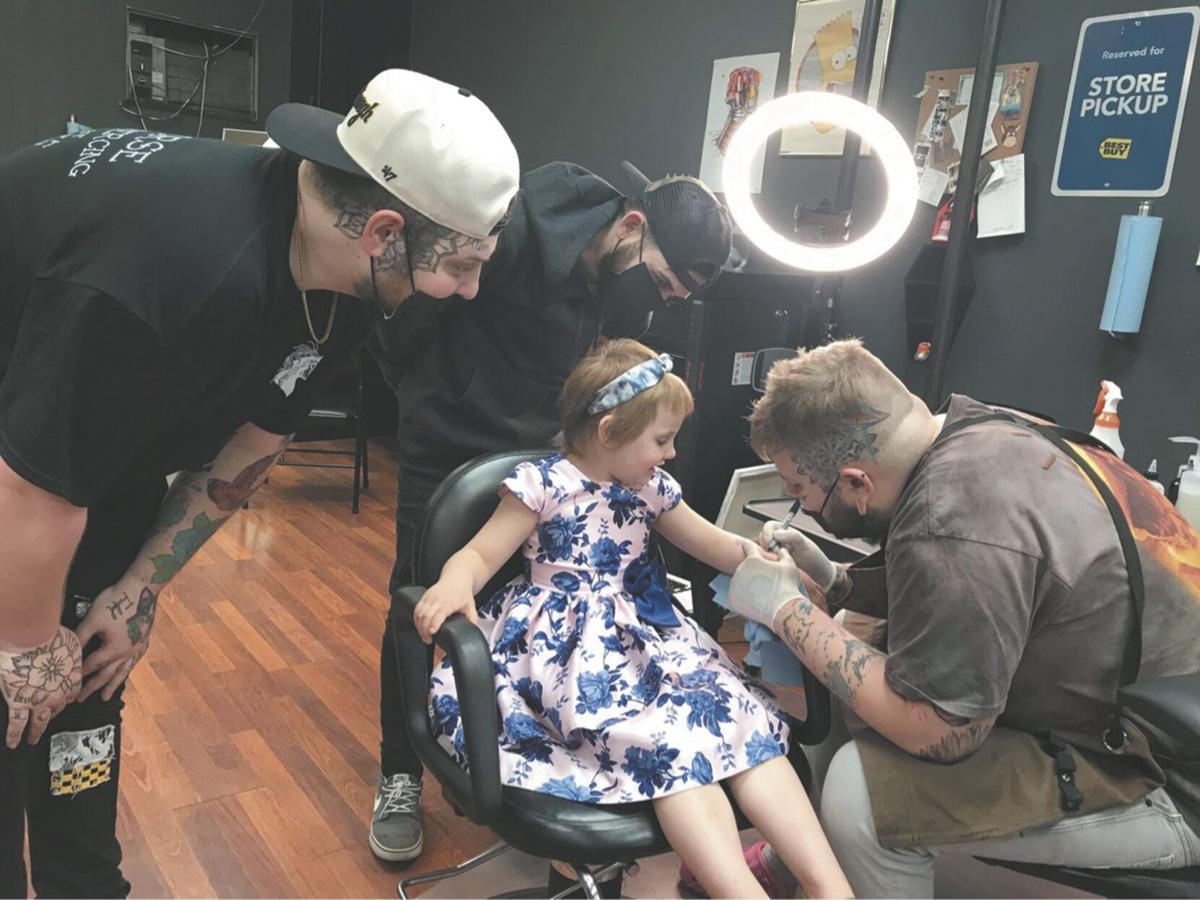 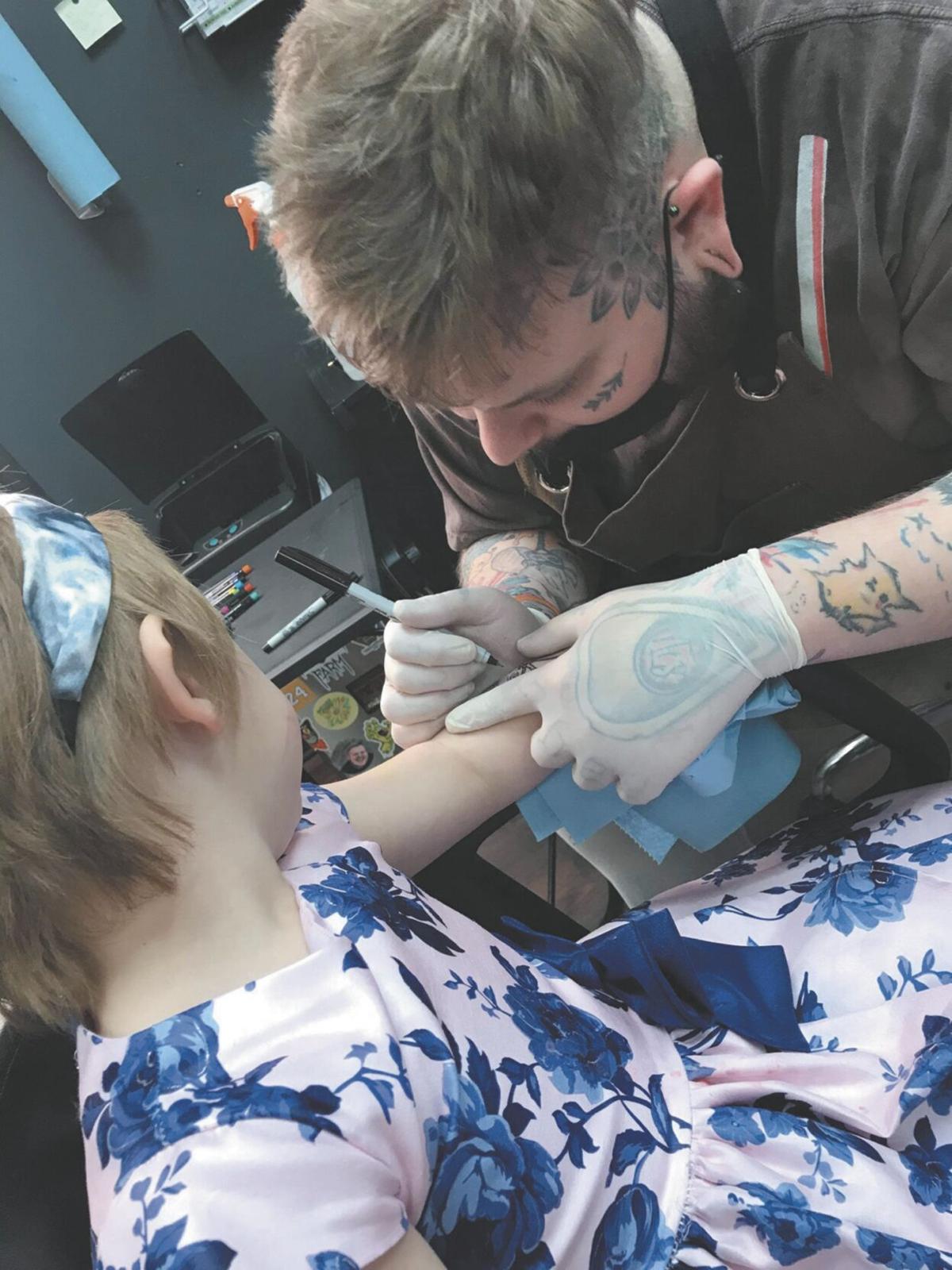 DANVILLE — When Del Gonsar opened his new tattoo parlor, he didn’t expect one of his first clients would be a 5-year-old girl.

Although the grand opening of Dark Horse Tattooing and Piercing — located at 338 Mill St., Danville — was yesterday, owner Gonsar, 27, has been accepting a limited number of clients for the past month.

Last week, one of his final appointments of the day was 5-year-old Angelica-Rose “Angie” Boothe, who wanted a “tattoo” done by her parents’ favorite artist.

Tom and Brit Boothe, of Sunbury, have been long-time patrons of Gonsar.

“She is definitely the youngest person I have ever tattooed,” Gonsar said, noting that he actually used temporary markers to “tattoo” Angie.

Angie came to the shop with three pictures of her favorite princess sisters, Elsa and Anna. She ultimately chose a picture of Elsa before her appointment.

Gonsar did not disappoint, and when she climbed out of the chair, she was ready to show off her new art.

The cost of this “tattoo” was $3.50, which Gonsar gave back to her because they “are such good friends.”

Though Angie was his youngest client, Gonsar has been improving his craft for years.

He worked at a shop in Selinsgrove for about five years. Before that, he served as an apprentice in a Sunbury shop at age 15.

“It was time” to open his own shop, he said.

When a space opened up in Danville, it was an opportunity he couldn’t resist.

Tattoo shops are finally beginning to open around the country, after the shutdowns caused by the pandemic.

When opening the Dark Horse location, Gonsar brought with him artist Kaila Little.

Little and Gonsar worked together previously and “her amazing work was far too good not to have at this location,” he said.

He also brought with him two apprentices — one in piercing, Colton “Keystone” Bickhart, and another artist apprentice, Andrew Stumpff. The shop manager is Logan Roush.

Bickhart said he “talks to clients, make sure they are doing OK. I just help out wherever I can,” he said.