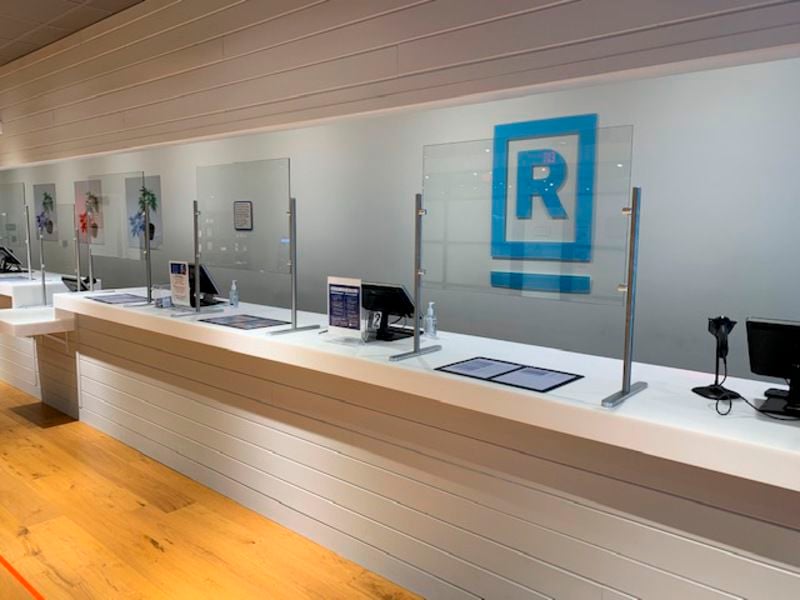 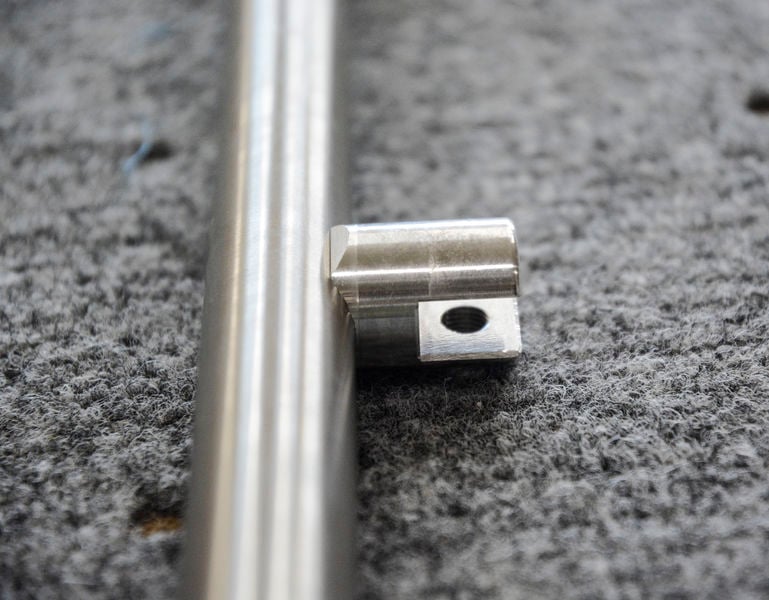 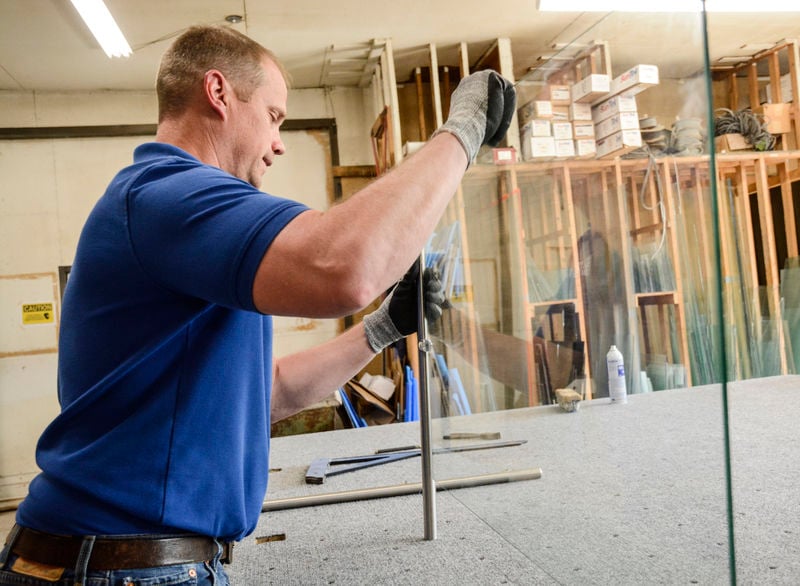 United Plate Glass General Manager Nathan Lawrence handles an unfinished sneeze guard like those the company is manufacturing for businesses around the state.

United Plate Glass General Manager Nathan Lawrence handles an unfinished sneeze guard like those the company is manufacturing for businesses around the state.

SUNBURY — A local company is helping businesses around the state provide extra protection for their employees and customers.

The new customers also are helping UPG, which had to lay off half of its 16 employees because non-essential construction could not operate during the state COVID-19 shutdown.

With construction allowed to resume on May 1, the company recalled its laid-off workers to catch up with the work and plans to hire up to a half dozen more, said UPG General Manager Nate Lawrence.

Among those businesses ordering sneeze guards was Green Thumb Industries (GTI), a medical marijuana grower and dispenser, which has a growing facility in Danville. UPG produced the sneeze guards for 10 dispensaries GTI operates in Pennsylvania, Lawrence said.

“We’ve done sneeze guards for all of their transaction areas,” Lawrence said.

He said the glass shields installed on counters in the space between employees and customers are made of quarter-inch clear, tempered glass with high polished finished edges and brush stainless steel stands.

He said the sneeze guards are “in very big demand” as more businesses begin to open up under the state’s yellow status.

The shields are permanent solutions for businesses, even for when the pandemic is over.

“Even in the winter time, it will help prevent the flu,” he said. “It’s not a bad thing to have in place.”

Tim Hawkins, GTI’s Pennsylvania market president, said the company owns seven RISE dispensaries and operates another three dispensaries in the state. The closest dispensary to the Valley is in Steelton. The company is about to open another one in Chambersburg.

“Obviously, we’ve been open throughout this whole thing,” he said. “We’ve been deemed an essential business.”

Patients order online at all of the GTI dispensaries but have to enter the store to pick up their prescription. Masks are mandatory for customers and employees, Hawkins said.

“We really looked at this as how else we could protect,” he said of adding the sneeze guards. “We were looking at a cost-effective solution. We talked about cutting Plexiglas and just slapping it up. That didn’t seem like a long-term solution.”

Hawkins said that with employees seeing thousands of customers a day, masks are good to have, but the sneeze guard provides more protection.

Lawrence said Hawkins and other companies reached out to UPG for that extra protection as businesses are figuring out how to be open.

This is a big help,” Lawrence said.

Besides GTI, other essential businesses provided some work for UPG during the shutdown, including hospitals and the state police barracks at Selinsgrove, where the company is enclosing a new building with windows and doors, he said.

Commercial work makes up about 80 percent of UPG’s business.

Lawrence said the company will install sneeze guards in the Keystone Council of Governments reception area this week and the Susquehanna Valley Mall also ordered one for its reception area.

UPG also is looking to hire four to six more field installers as it looks to build an addition to its building.

“People are trying to get ready for their opening,” Lawrence said. “We’re pleased to be part of the solution.”