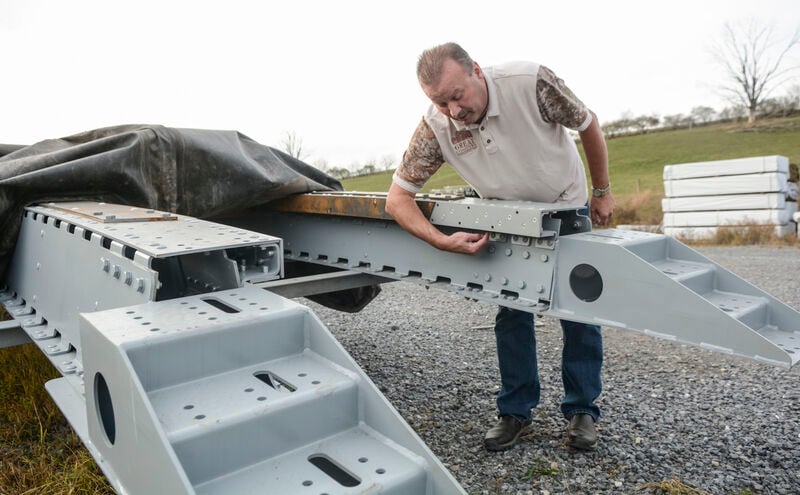 Clair Hain, owner of Great Coasters International, talks about his company’s new “Titan Track” for roller coasters. If he receives a patent, he hopes to begin mass production next year. 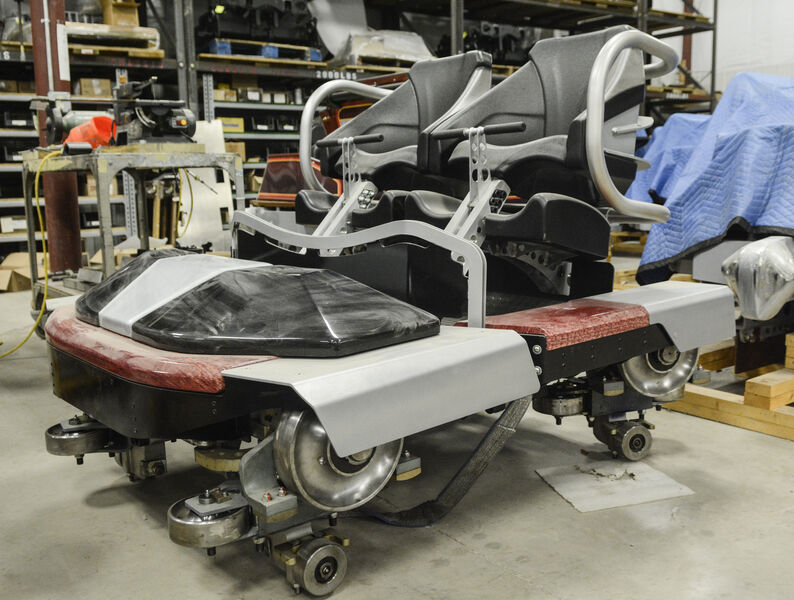 This is a new Class 5 roller coaster car designed by Great Coasters International. 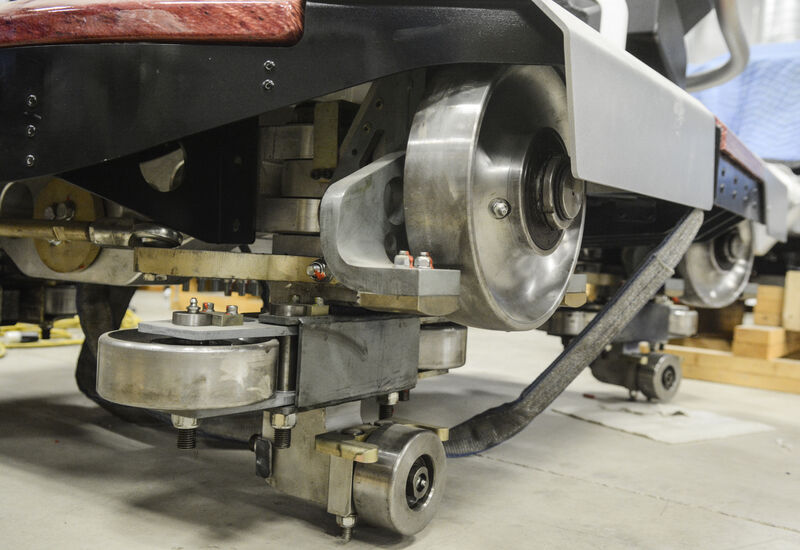 This photo shows a portion of a new wheel system for a Class 5 roller coaster car designed at Great Coasters International, based in Augustaville. 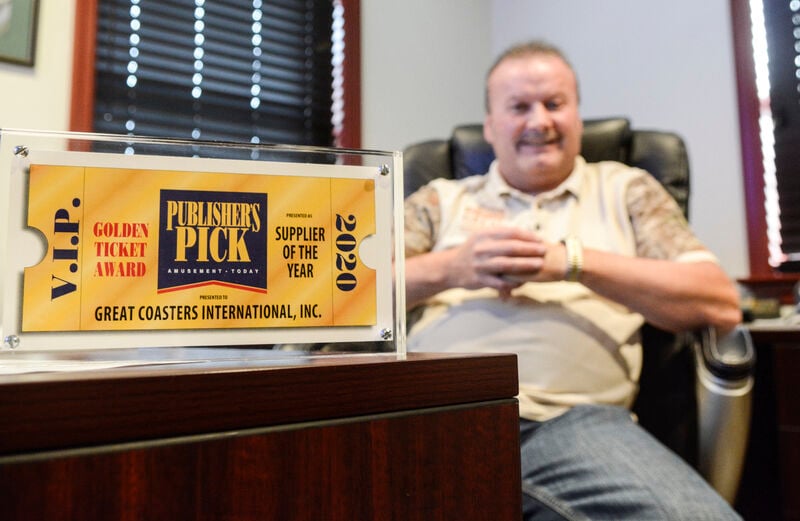 Clair Hain, owner of Great Coasters International, talks about his company’s new “Titan Track” for roller coasters. If he receives a patent, he hopes to begin mass production next year.

This is a new Class 5 roller coaster car designed by Great Coasters International.

This photo shows a portion of a new wheel system for a Class 5 roller coaster car designed at Great Coasters International, based in Augustaville.

AUGUSTAVILLE — Great Coasters International in Northumberland County is prepared to introduce the newest advancement in steel tracks for both wooden and steel coasters.

Owner Clair Hain Jr. said a patent application has been filed for Titan Track through the United States Patent and Trademark Office. The company, located on Route 890 about six miles from Sunbury, also won the 2020 Supplier of the Year award from Amusement Today.

“I’m always looking for something new and exciting,” said Hain. “You never know what can happen.”

The patent-pending steel track system has no welds. The track is a full rivet based system that allows for less maintenance, less need for frequent testing, and easy replacement of the rivets when needed, said Hain.

The new steel track allows for some new ride elements not able to be done with current rides. The new track is fully capable of inverting with corkscrews or loops, being used in a launch application, and traveling high stress elements not possible with wood, said Hain.

The steel track has many uses, including retrack high-stress segments of coaster track, build full ground-up steel track ride or retrack old rides to add inversions or other new features, he said.

GCI builds three types of trains: Millenium Flyer Trains, Mini-llenium Trains and Infinity Flyer Trains, the last of which is compatible with the new Titan Track.

Hain applied for the patent in September 2019 and had one year to prove the product, which he did in August by installing it on White Lightning at Fun Spot America in Orlando, Fla. He plans to install the track on Predator at Six Flags Darien Lake in Corfu, N.Y.

“I’m hoping it will revolutionize the business,” said Hain. “I’m already advertising across the world. I’m pushing it.”

GCI Vice President Bob Paskanik said the company is headed in the right direction and he’s optimistic of the future.

“I led the crew that constructed the Titan Steel,” said Paskanik.

“We’re absolutely hoping this gives an edge on the competition.”

Supplier of the Year

Amusement Today, a leading trade publication of the amusement industry, announced its annual Golden Ticket Awards on Sept. 23, which included GCI as the Publisher’s Pick for Supplier of the Year for “evolving the development of the wooden coaster.”

The ceremony is normally held at the end of September, but COVID-19 canceled those plans.

“This has been a challenging year, but there is still a tremendous amount of hard work going on. Amusement Today didn’t want to miss an opportunity to recognize those who continue to move the industry forward,” said Publisher Gary Slade in a media release.

Hain said he believes GCI won the award because the company may have been the only supplier to install a new ride this year. They introduced Sting Ray steel coaster at SeaWorld San Antonio in Texas.

Paskanik said the company has won multiple awards and is “very pleased” with the newest one.

Hain said the goal is to expand in Augustaville with a goal of building 10,000 feet of steel tracks next year. The company has four current projects — one in Dubai, one in Vietnam and two in China — and eight more parks proposing in China, three in Europe and two in America.

“COVID has slowed us down, but we’re looking at the future,” said Hain.