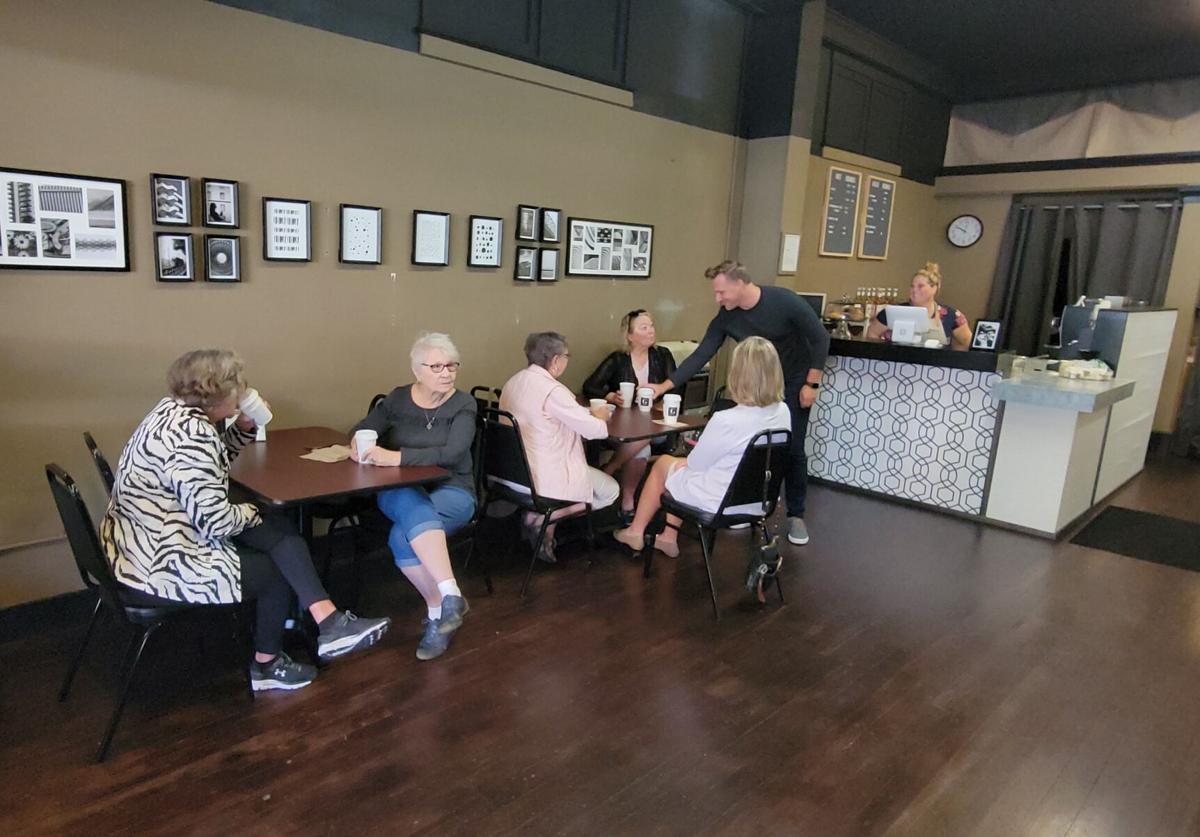 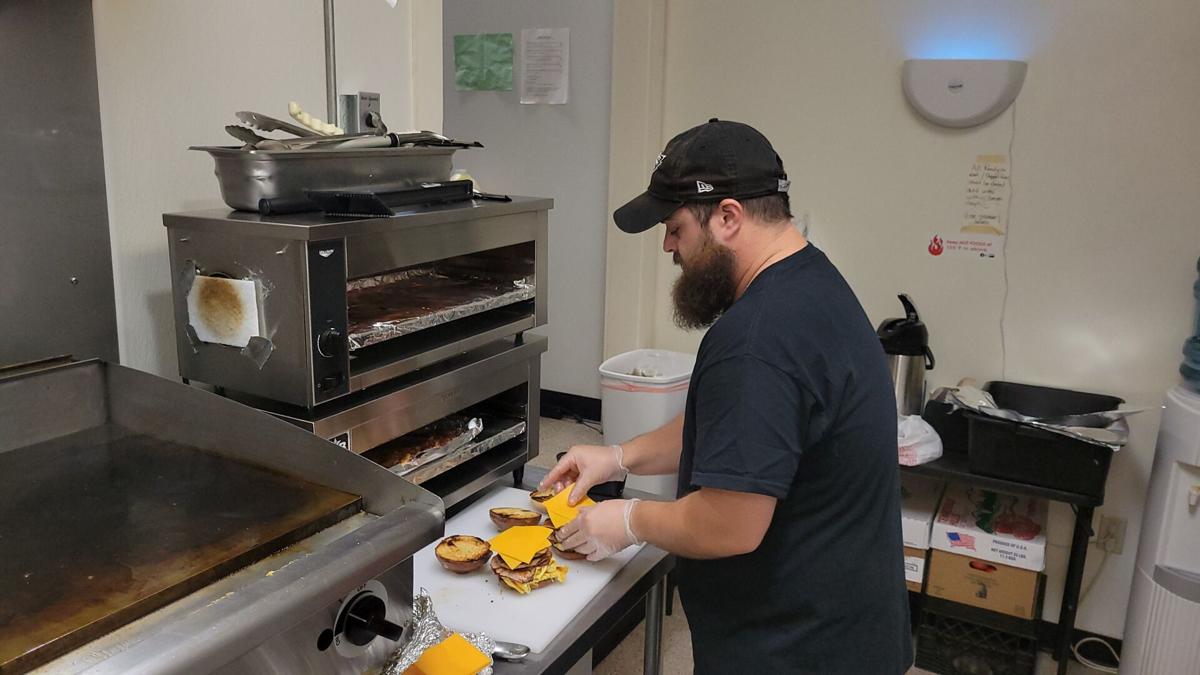 On A Roll employee Drew Young makes breakfast sandwiches for The Grindstone in Northumberland. 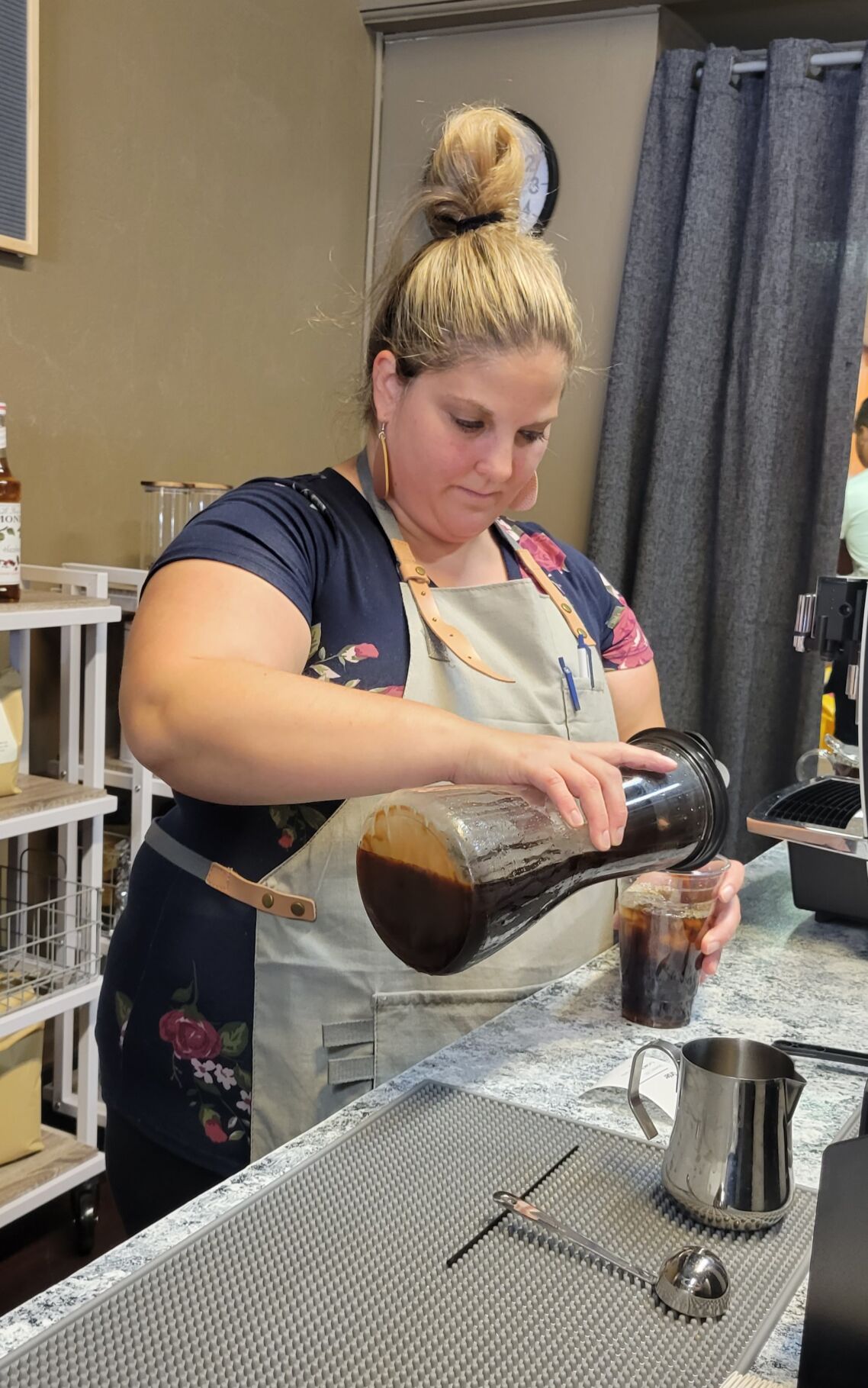 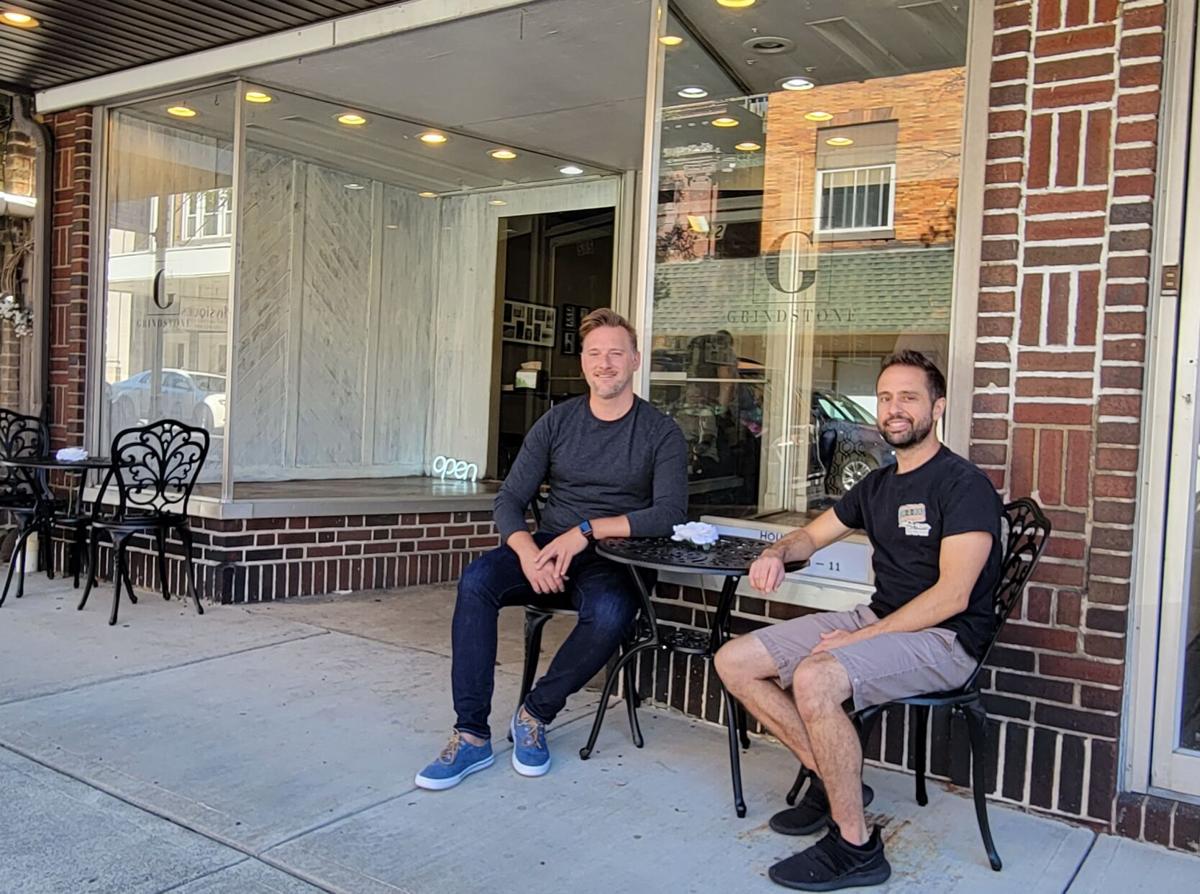 Derek Wolfgang, left, owner of The Grindstone and On A Roll owner Zach Reed take a seat just outside The Grindstone on Front Street in Northumberland.

On A Roll employee Drew Young makes breakfast sandwiches for The Grindstone in Northumberland.

Derek Wolfgang, left, owner of The Grindstone and On A Roll owner Zach Reed take a seat just outside The Grindstone on Front Street in Northumberland.

NORTHUMBERLAND — A surge of customers is all the proof that Zack Reed and Derek Wolfgang need to prove that Northumberland deserved a coffee shop.

Reed and Wolfgang met while Wolfgang still operated the physical Sunbury location of Wake & Wire Coffee, which did not survive the economic effects of COVID-19. Wake & Wire shifted to retail and started its product to On A Roll and eventually decided to use the space to open a coffee shop attached to the sub shop. The building, owned by Reed’s father Steve Reed, is also home to Millie Boutique, operated by Reed’s sister.

“Customers have been asking for breakfast for a while now,” said Reed.

“It’s been really busy,” said Wolfgang. “We didn’t know how it would be. The first few weeks have exceeded expectations.”

The drink menu has hot drinks, such as coffee, tea, cappuccino and latte, and espresso; and cold drinks, such as cold brew, iced tea and iced latte. The coffee is roasted by Profile Coffee and Roasters in Elysburg but they have plans to use additional roasts in the future, said Wolfgang.

The food menu has two types of breakfast sandwiches: those named after streets in the borough and those named after historic figures in Northumberland County. The drinks are made in front of customers in the Grindstone while the food is made in the kitchen of On A Roll.

The Joseph Pretzley, named after Joseph Priestley, is on a pretzel roll with Candian bacon, bacon, sausage, egg and cheese.

Priestley, a former Northumberland resident, is known as one of the founding fathers of chemistry and the man who discovered oxygen in the 1700s.

The Thomas Eggison, named after Thomas Edison, is on a bagel with double egg, cheddar and ham. The Hotel Edison was the first building in the world to be lighted using incandescent electric lights installed by Thomas Alva Edison in 1883.

“It’s a new place in Norry, we have breakfast sandwiches and great coffee,” said Wolfgang. “It’s something brand new in town. There hasn’t been a coffee shop here in ever. It’s delicious food and great coffee.”

Reed said the town has had a few new businesses in recent years with On A Roll and Pineknotter Brewing Company down the block.

“There’s a revival of businesses with food, beer, coffee, and breakfast,” said Reed. “It’s nice to see that.”

Customer: ‘We need them’

First-time customers said they were pleased with the shop.

“It’s local and it’s in Northumberland,” said Betsy Ford, of Northumberland. “I see more and more business coming in all the time.”

“We need them,” said her friend Jann Buck, of Northumberland.

“I’m just glad there’s a coffee shop in Northumberland now,” said Paul. “We don’t have to cross the river now.”

The vibe is nice, said Cornell.

“This way they don’t have to come just for me,” she said. “It’s nice to have another meeting place.”