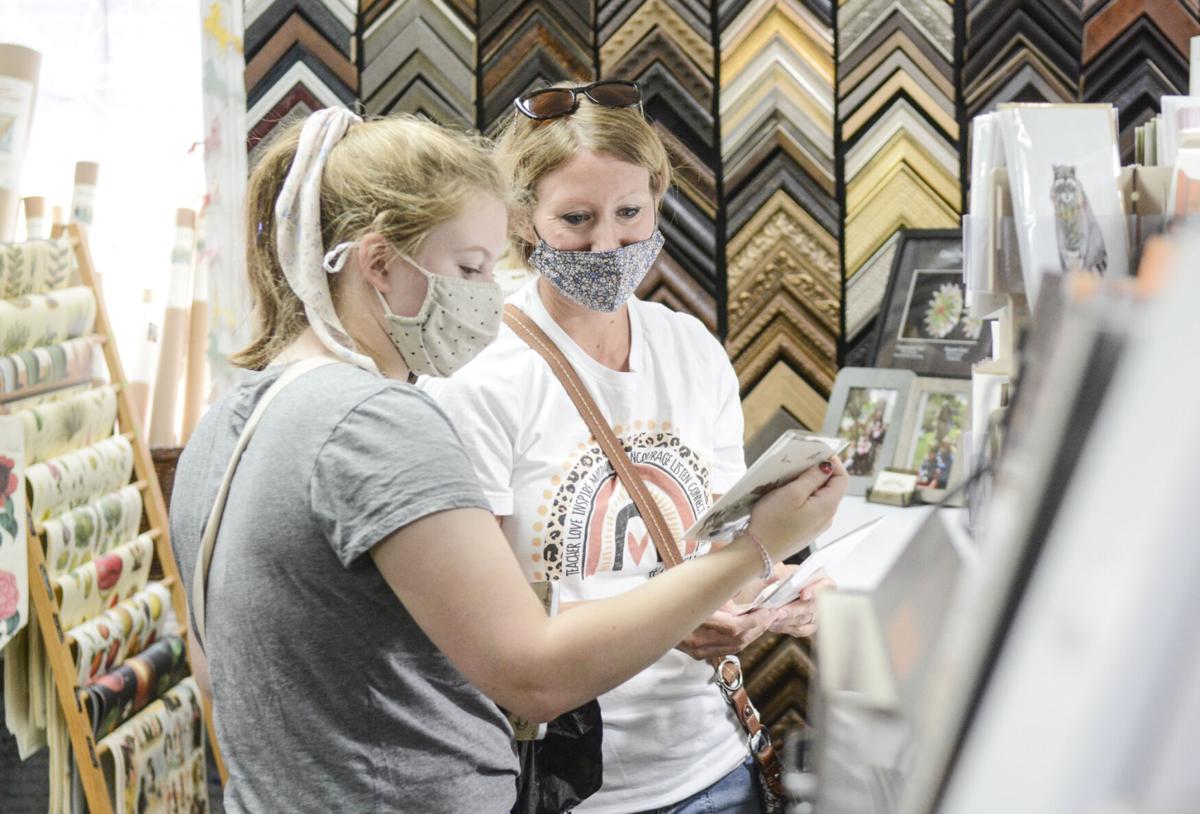 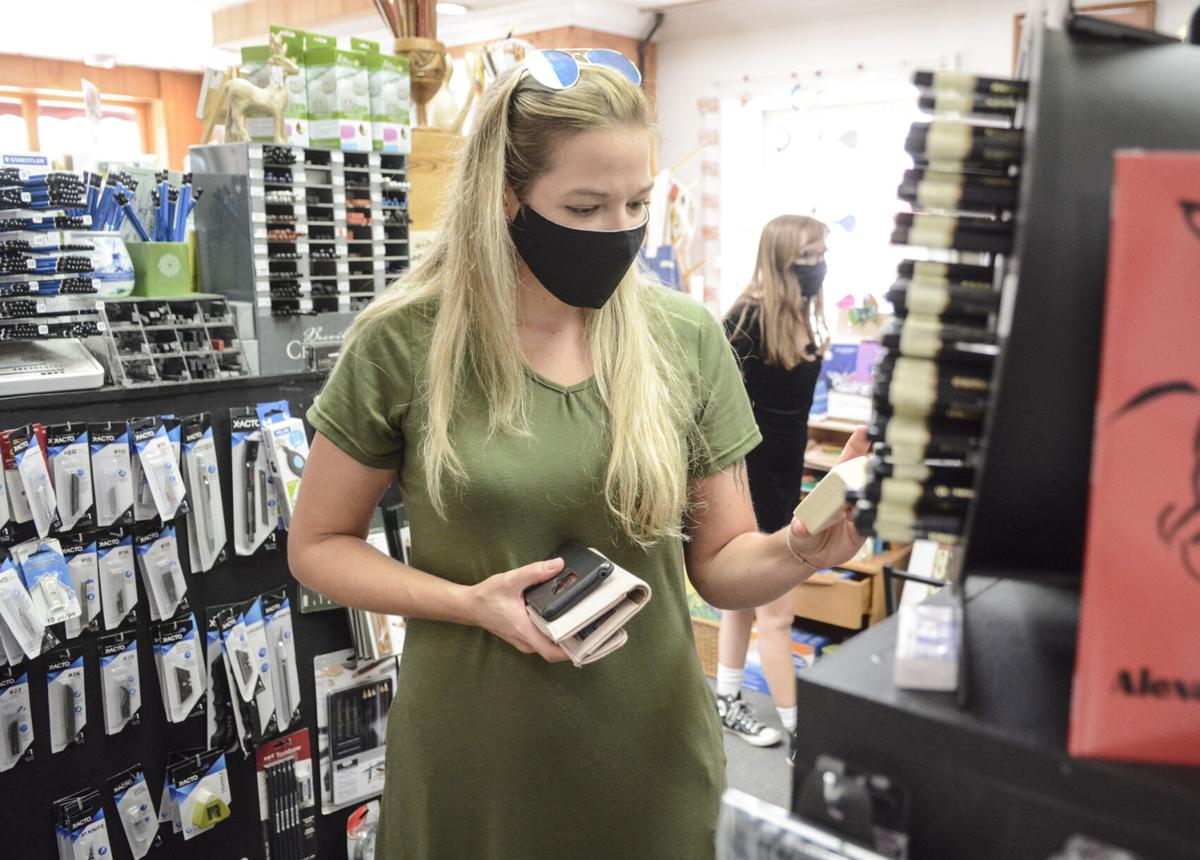 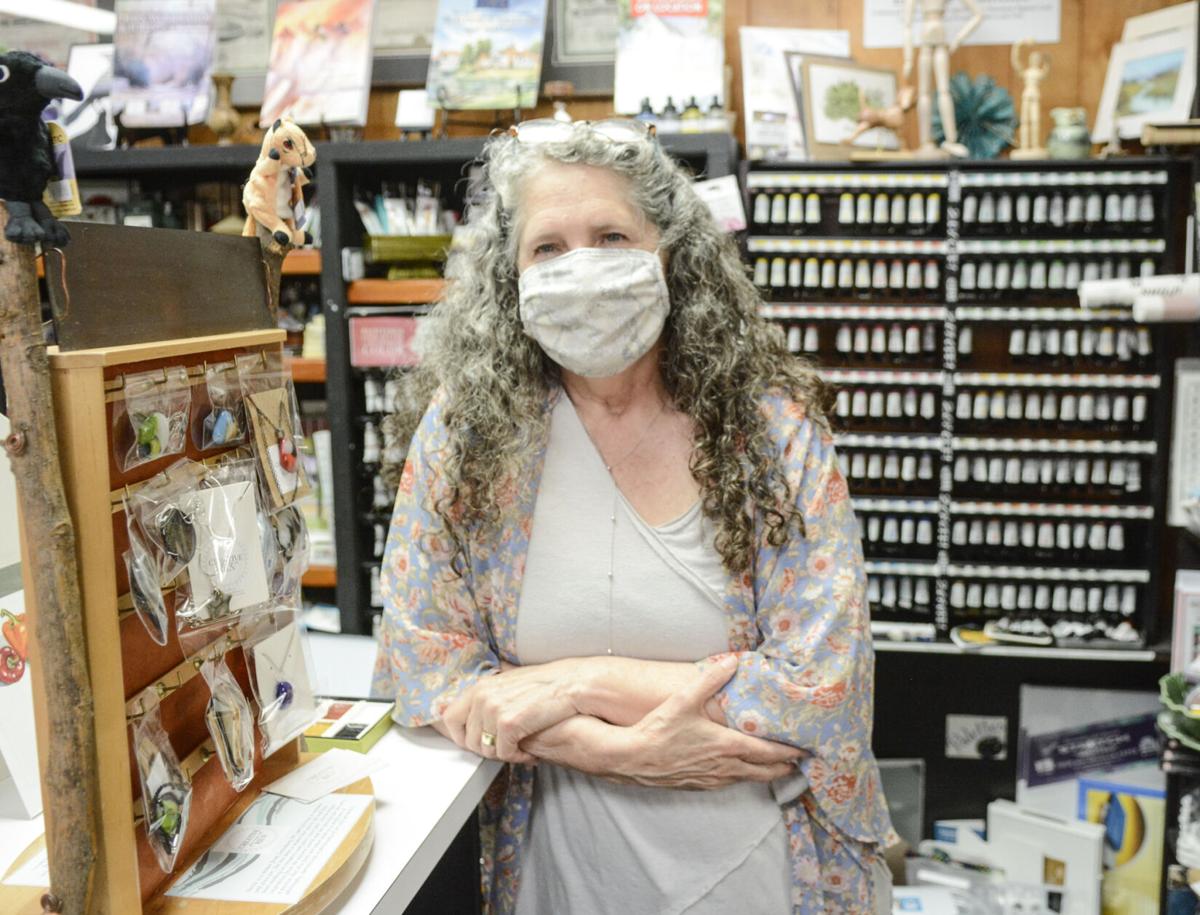 Brushstrokes Gallery and Art Supplies owner Kathy Snyder is now requiring all customers to wear a mask in the store. 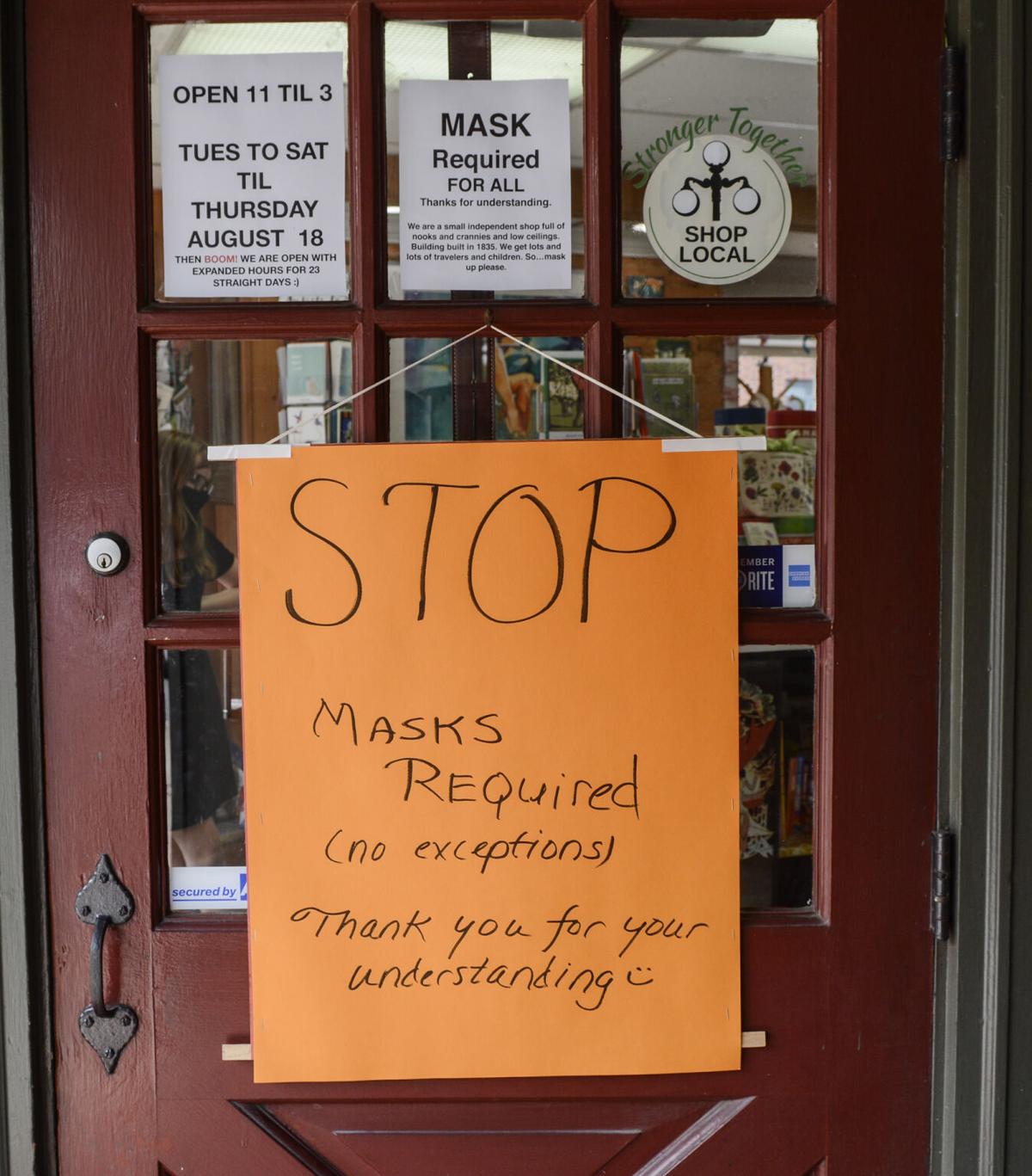 Brushstrokes in Lewisburg is requiring masks for all its customers.

Brushstrokes Gallery and Art Supplies owner Kathy Snyder is now requiring all customers to wear a mask in the store.

Brushstrokes in Lewisburg is requiring masks for all its customers.

As major retailers announce the return of mandatory masking largely, at least for now, for employees, one Valley store beat them to the punch.

Owner Kathy Snyder said she reinstated the policy three weeks ago. She cited the number of out-of-area customers the store attracts including from areas of the country where COVID-19 cases are surging.

The store had lifted the requirement when Pennsylvania’s mask mandate expired June 28.

Home Depot, Walmart, Target, Kohl’s and McDonald’s are among the national retailers that announced the return of varied masking policies for employees. Largely, the stores are simply asking customers to wear masks, especially in areas of high transmission.

Home Depot’s policy is mandatory for employees, contractors and vendors at all of its buildings, and customers will be asked to mask-up, too. McDonald’s says it will require customers to wear masks indoors in areas of high transmission.

Spokespersons for Weis and Giant grocery stores said their respective masking policies were under review. So far, masking isn’t mandatory for either employees or customers at either chain.

The Valley registered 80 new cases from July 27 through Tuesday compared to 17 new cases in the previous 7-day window, according to data from the Pennsylvania Department of Health.

Snyder said she realized transmission locally is low, however, she said everyone who works at the store was beginning to feel “a little paranoid” as case counts rise nationally, attributed to the spread of the delta variant.

“It made us all feel at ease,” Snyder said of Brushstrokes’ masking policy.

Heather Cartwright of Northumberland browsed for gifts with her daughter, Chloe, at Brushstrokes on Tuesday.

“It doesn’t really bother me but I really haven’t been carrying them as often,” Cartwright said. “I don’t think people will take it as seriously as they did. I think it will be hard for people to go back to masks all the time.”

Melinda Reigle and Adam Bowersox of New Columbia were browsing, too, after having breakfast together. Neither said they had an issue with wearing a mask inside the store.

“We walked back to our car to grab one. We realized we couldn’t come in without it,” Reigle said.