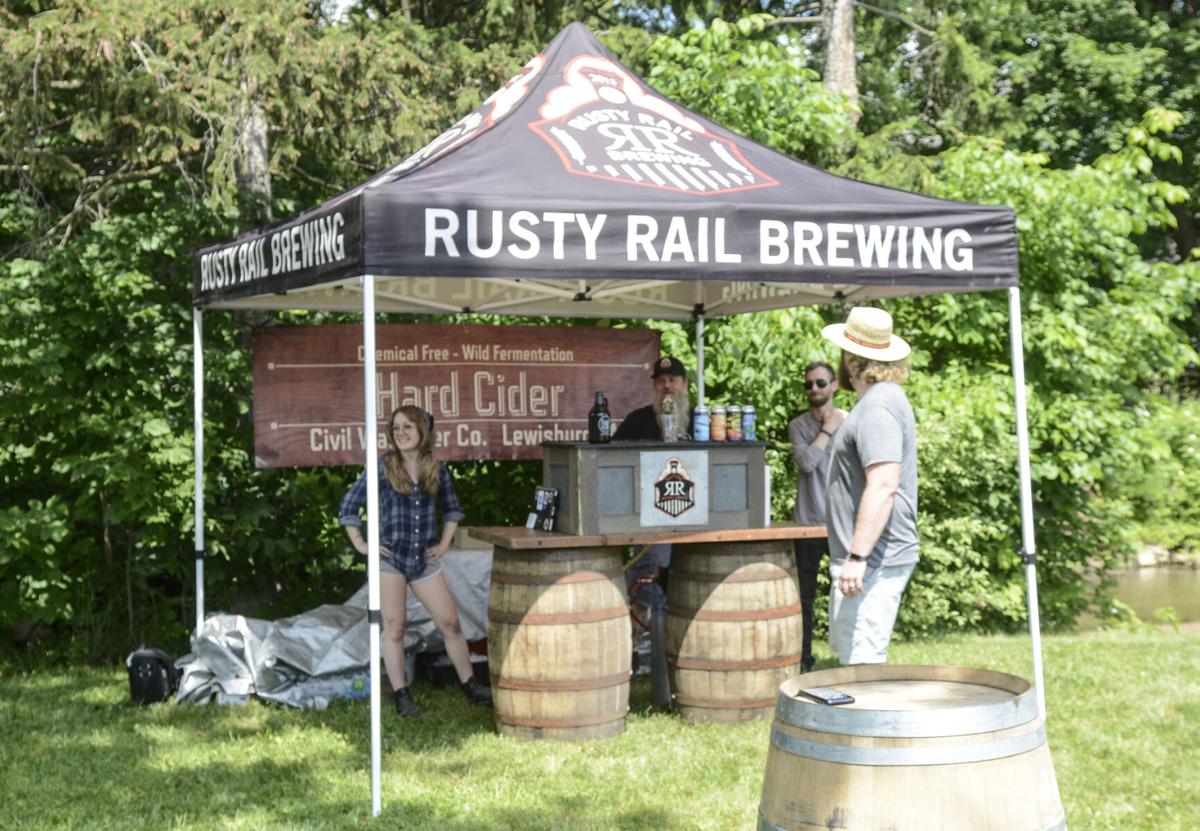 Robert Inglis/The Daily Item Rusty Rail Brewing along with Civil War Cider Co. and Whispering Oaks Winery will be set up at the new neighborhood biergarten at the Lewisburg Farmers Market on Wednesdays. 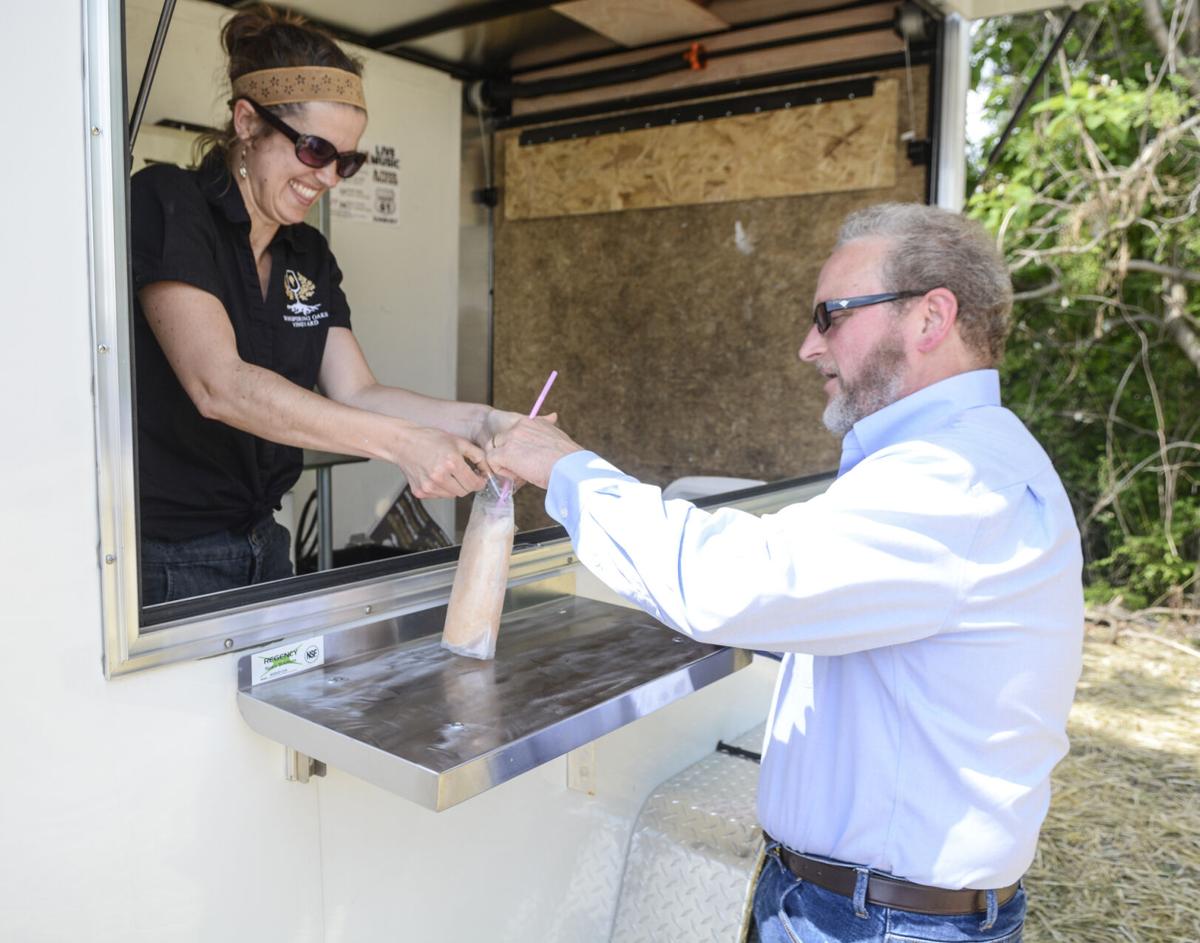 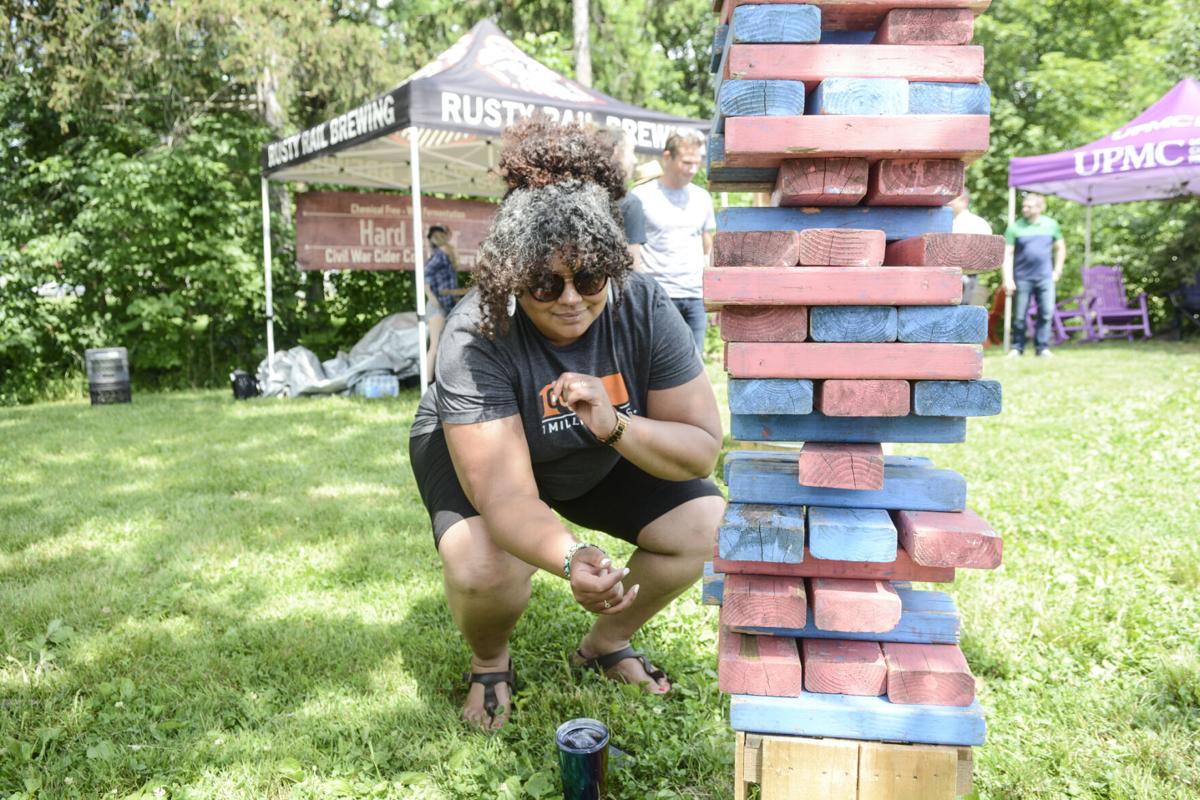 Kendy Alvarez, of Lewisburg, plays a game at the new Neighborhood Biergarten at the Lewisburg Farmers Market in East Buffalo Township.

Robert Inglis/The Daily Item Rusty Rail Brewing along with Civil War Cider Co. and Whispering Oaks Winery will be set up at the new neighborhood biergarten at the Lewisburg Farmers Market on Wednesdays.

Kendy Alvarez, of Lewisburg, plays a game at the new Neighborhood Biergarten at the Lewisburg Farmers Market in East Buffalo Township.

But there was the Riverside couple, relaxed in a pair of adirondack chairs, sipping drafts of Rusty Rail Brewing Co.’s Tasting Colors, enjoying the opening of the market’s Neighborhood Biergarten.

“We saw a sign inside that said ‘beer garden, open,’” Dave Peck said.

“We were like, where is that?” Ruth Peck said.

Nestled at the rear of the market along the creek, the beer garden gets plenty of shade from surrounding trees.

There are chairs to lounge and lawn games like corn hole. Customers are encouraged to grab lunch from market vendors and nosh with a beverage.

Drinks are for adults only but the space is meant to be family friendly, said Alison Steibe, administrative manager at the Lewisburg Farmers Market.

“We were really looking for something to bring people here and change the demographic of the market a little bit in the best way,” Steibe said.

Guy McCarty, brewery director, Rusty Rail, said he spoke with the market’s owner, Gerald Stauffer, about potential use of the unused space along the creek and a beer garden made sense.

The brewery’s presence is about firming its relationship with its closest customers in the Valley, McCarty expressed.

“We all had that time to reflect during COVID where we didn’t have all the business to be like, what do we want to do better coming out of this?’ A lot of us on the Rusty Rail team were like, we want to have better involvement with the community,” McCarty said.

Plans for the beer garden came together quickly. Steibe said it went from concept to reality within one month.

It’s a pop-up space — tents, chairs, games and decorations all are easily removed.

What might pop up in the beer garden are more vendors, Steibe said, noting they’re exploring ways to pair vendors with the new space.

“This is the end result. Now you can have a beer garden at a farmers market,” Antanitis said. “If we can generate the right kind of buzz it’s all about making sales.”

The Greater Susquehanna Valley Chamber of Commerce will be on site weekly on Wednesdays with its farm-to-table partner, UPMC, at a welcome tent, said Vanessa Venios, communications director for the chamber of commerce.

About 25 members were on hand for a ribbon-cutting to open the space recently.

The goal for members of the chamber of commerce at the beer garden is to encourage networking among guests, Venios said.

“Local agriculture goes hand in hand with breweries and wineries. It’s another avenue to support that sector of agriculture,” she said.