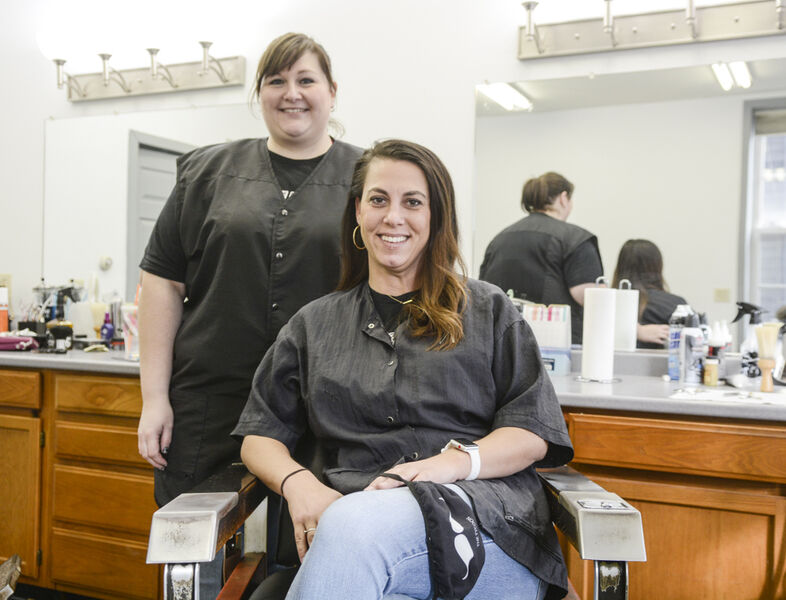 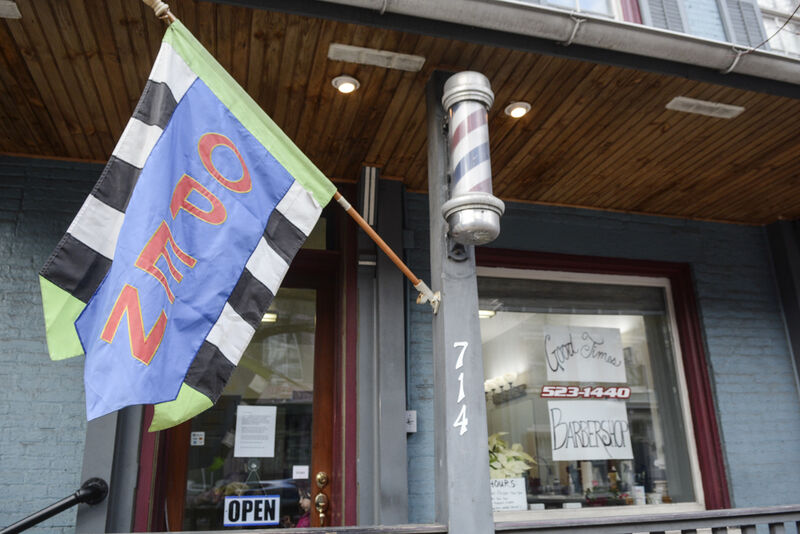 LEWISBURG — Candice Stasheski likes the simplicity and flow of a barbershop over a salon. She calls it the “barbershop mentality,” which is why her new shop on Market Street in Lewisburg carries the name Good Times Barbershop.

But she also understands while the name on the front door might be new, she is now building upon a decades-old legacy in Lewisburg as she takes over Craig Ernst’s business, a barber shop he ran for nearly four decades.

Ernst, who operated Ernst Haircutting and Styling for the past 38 years, retired earlier this fall, a decision partly forced by health, he said.

“I understand that I am taking over an incredible legacy,” Stasheski said. “We are aware that we have some very big shoes to fill.”

Ernst handed over the keys to his shop to Stasheski and Danielle Gemberling, who opened in the same 714 Market St. location Ernst operated.

“She needed her own shop, I was looking to get out,” said Ernst. “I am old enough to retire, so I asked myself, ‘What the hell am I still doing here?’”

Ernst did not know Stasheski or Gemberling before Stasheski “called this guy out of the blue,” she said.

After working in a barbershop in Watsontown for nine years, she said she wanted her to go out on her own.

“I called this guy I didn’t know, he’s been here for 38 years, and his dad’s been barbering forever,” she said.

“He said he was ready to retire and asked if I wanted his shop or his stuff? We met in the middle of October and it went quickly.”

Both Ernst and Stasheski said they always like the vibe in a barbershop.

“There’s something to be said for the barbershop mentality,” she said.

“You walk in, you get a hair cut and if you want you can sit around and (talk),” Ernst said. “It’s that simple.”

“I tell all the guys that come in that we’re not as fast as he was, but we’re a lot cuter and the conversation is better,” Stasheski said. “But we know the lingo. It’s the same everywhere. Walk into any barbershop and tell them, ‘taper up the back, No. 2 on the side,’ and any barber knows what that means.”

Among the early highlights of her new shop, Stasheski said, was getting to cut Ernst’s famous ponytail.

Ernst said about 20 years ago his wife wondered what he would look like with a ponytail, so he grew one and never cut it. Stasheski had the honor of cutting it recently.

“He was here for 38 years, everybody knows him as the guy with the ponytail,” she said. “He came in about a week ago and said get rid of it. I asked, ‘What do you mean, get rid of it?’ But it was something. I keep telling myself, I cut off Craig Ernst’s ponytail.”