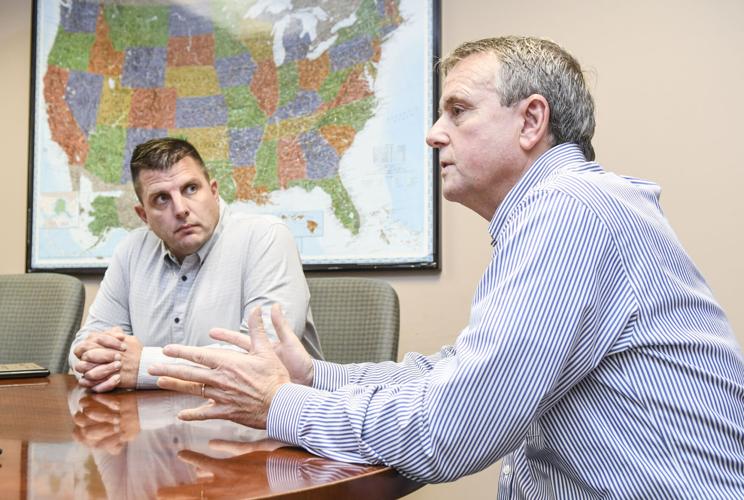 Chris Patton, left, and Steve Patton, talk about the five electric trucks they are adding to their Watsontown Trucking fleet this coming year. 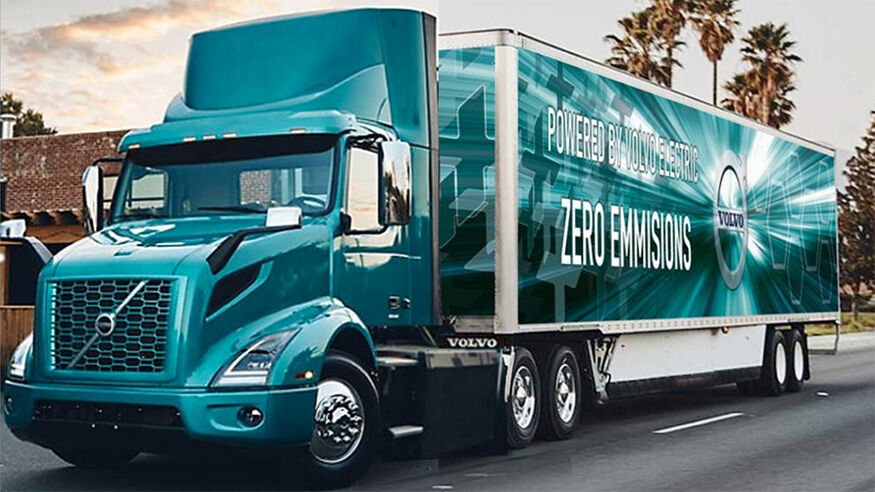 This rendering shows one of Watsontown Trucking’s new Volvo VNR Electric Trucks to be implemented into their Virginia fleet. 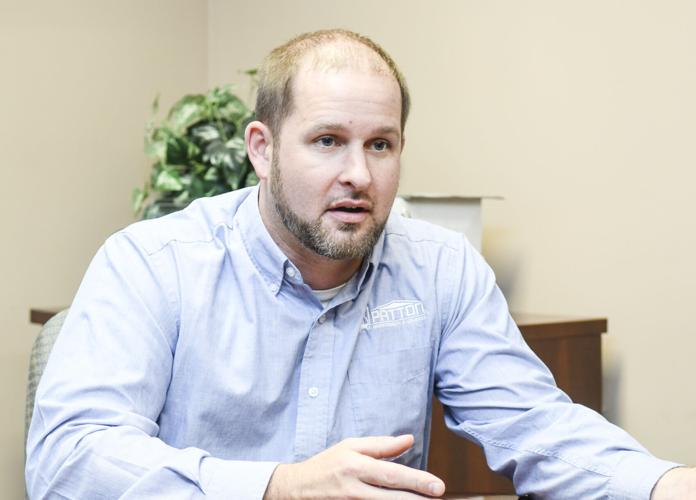 Jared Brokenshire of Watsontown Trucking talks about the company’s relationship with Volvo who is manufacturing the company’s first five electric trucks.

Chris Patton, left, and Steve Patton, talk about the five electric trucks they are adding to their Watsontown Trucking fleet this coming year.

This rendering shows one of Watsontown Trucking’s new Volvo VNR Electric Trucks to be implemented into their Virginia fleet.

Jared Brokenshire of Watsontown Trucking talks about the company’s relationship with Volvo who is manufacturing the company’s first five electric trucks.

The Watsontown-based firm becomes the first company in Virginia to operate a fleet with electric tractor-trailers in partnership with Volvo, according to company president Steve Patton.

The company unveiled the addition of the five Volvo VNR electric trucks in late January.

The rigs will complete 10 to 12 roundtrips per day in Virginia, averaging about 160 miles per day. Patton envisions the eventual development of an electric-truck hub at company headquarters in Milton, too.

He said Patton Logistics Group’s electric trucks will be among the first in a fleet, if not the first for a Pennsylvania-based company.

“This is a true partnership,” Patton said of the relationship with Volvo. “They can have a fossil-fuel-free logistics solution from our warehouse to their plant.”

Jared Brokenshire, director of operations, said Watsontown Trucking will save 13,000 gallons of diesel fuel per truck annually. There are less moving parts to fail, too; no engine oil or coolants to change, no grease points, no transmission fluid.

“Going to zero emissions fits in that goal as a company,” Chris Patton said.

Volvo manufactures all of its North American truck inventory, including the electric models, at its New River Valley plant. The electric trucks went into serial production earlier this year.

The Patton group expressed interest to Volvo about acquiring the trucks. Volvo engineers analyzed Patton’s routes by looking at the terrain the vehicles would travel, the distance, too, along with downtime at the point of origin and delivery destination.

The Volvo VNR Electric’s 264-kWh lithium-ion batteries have an operating range of up to 150 miles, just shy of the round trip planned by Patton. Regenerative braking can increase range by returning power up to 15% back into the battery, depending on the duty cycle.

The trucks will be recharged nightly and during daytime downtime at charging stations at the Volvo Trucks assembly plant. They can be charged up to 80% in 70 minutes. A lack of semi-truck charging stations prohibits regional use of the trucks at the moment, Patton said, explaining they can’t be charged with passenger-vehicle chargers popping up at gas stations.

“They want everybody supporting their company to have the same goals. Not only are we purchasing their product but we’re delivering freight into their plant with zero emissions,” Brokenshire said.

Thierry Lindor, senior director of business development, noted how parts for the electric trucks are traveling through the Patton warehouse already. He said a solar-supported trucking terminal and repair shop is under construction in Dublin. It should open by the end of 2022. Chris Patton added that the site will be a complete operational hub with dispatch, maintenance and human relations.

Patton employs more than 200 at its Dublin site. It’s eyeing an expansion in North Carolina for a 600,000 square foot warehouse. The plans are to pitch electric vehicles for a specific potential customer there, Patton said.

As for electric trucks in Pennsylvania, Patton thinks a hub at its Montandon headquarters could come in 2023. According to Lindor, the company is in line to qualify for and receive up to $100,000 for each truck through the Pennsylvania Department of Environmental Protection’s Alternative Fuels Incentive Grant, which caps out at $300,000.

“It’s not a question of if, but when,” Brokenshire said.

Watsontown Trucking recently received the Great West Safety Award for outstanding achievement in highway safety. It’s a first-place award in Pennsylvania for general commodities truckloads. The award was presented in cooperation with the American Trucking Association.