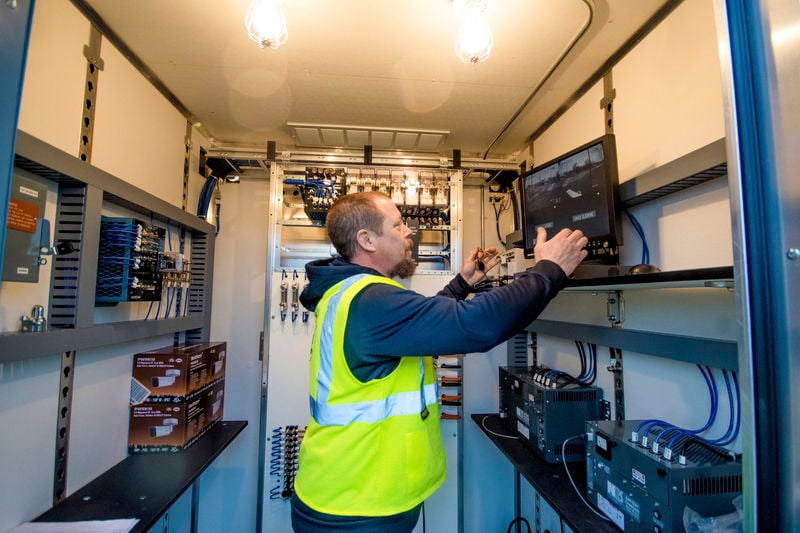 Jimmy Boyer, signals supervisor for North Shore Railroad Company and Affiliates, shows one of the buildings that monitor and controls railroad crossings. 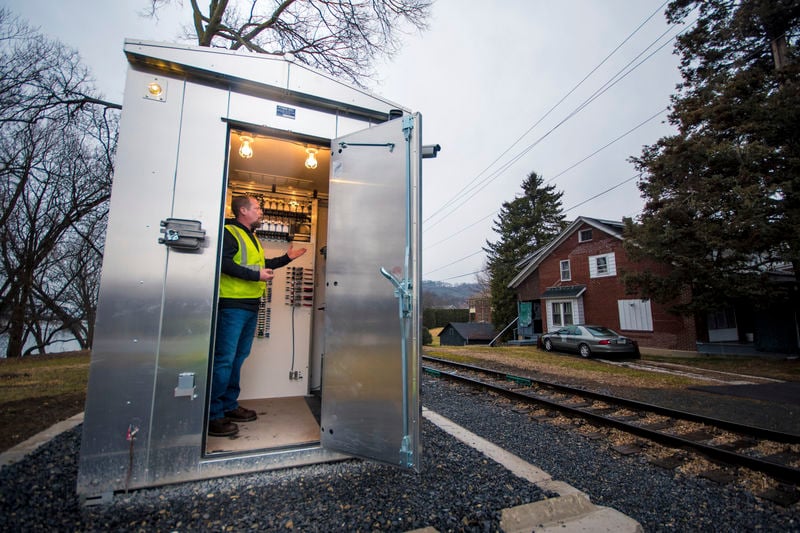 Jimmy Boyer, signals supervisor for North Shore Railroad Company and Affiliates, stands inside one of the buildings that monitor and controls railroad crossings.

Jimmy Boyer, signals supervisor for North Shore Railroad Company and Affiliates, shows one of the buildings that monitor and controls railroad crossings.

Jimmy Boyer, signals supervisor for North Shore Railroad Company and Affiliates, stands inside one of the buildings that monitor and controls railroad crossings.

NORTHUMBERLAND — The supervisor who makes sure that all of the active railroad crossings operated by the North Shore Railroad Company and Affiliates seems particularly suited to this very important work.

"Jimmy Boyer has been with the railroad for 18 years," said Loni Martz Briner, North Shore Railroad Company and Affiliates  public relations and media manager, "and he plays an extremely important role leading a department that keeps our signals/grade crossings safe for the public."

Boyer, 42, of Coal Township, signals supervisor, North Shore Railroad Company and Affiliates said, "We have 152 active crossings that have lights or gates on them, and we have to do monthly, quarterly, and annual inspections of them all to protect the train and the public from each other."

The job requires a lot of inspections and maintenance, he said. "The signals have to be inspected by the PUC [Pennsylvania Utilities Commission] and the FRA [Federal Railroad Administration].

It's a complicated job — at best, he said. For every railroad crossing there are blueprints.

"Those blueprints have to be correct so that when the PUC or FRA inspectors come by, they need to see that what is on the blueprint is at the crossing.'

The inspections are random, Boyer said. "We had 70 last year."

In all, North Shore operates about 250 miles of track in its system.

No one on staff seems more ready to face the challenges of the job than Boyer, who has held several positions at the railroad company

Boyer was working another job and knew someone that worked at NSHRR. "They needed a trackman at the time," Boyer said.

At the time, he said, "I didn't know what they meant by trackman. I didn't know anything about working for a railroad. But you learn fast."

A trackman repairs tracks, he said. It's a job having to do with track  construction and maintenance.

Within two years Boyer was asked to become a foreman. A few years after that he transferred into the signal department and he's been there ever since. Now, he runs the department.

The job has become more technical; more computerized, with motion detectors. There are controlled units with reduncancies to detect trains approaching the crossing and "telling" the gates to come down.

"As a train comes towards the crossing," Boyer explained, "the system will start predicting its speed to tell it when it needs to activate.

Northshore sets 30 seconds of warning time, telling traffic that the train is approaching and initiating the signals for the gates to block the crossing.

"Always," he said. "Learning, plus keeping up with federal regulations. They keep changing, so often. We have to stay on top of them."

Every day or every week there is an inspection going on somewhere.

Weather definitely is a factor, Boyer said. "And a hindrance. Because municipalities are using liquid brine on the roads. Since then, and the pebbles they stick on the ground it gets into the railroad tracks and means we have to do more maintenance for each crossing.

Meanwhile, Boyer took a moment to defend conductors. "It is not their fault that they blow their horns at crossings," he said. "It is a federal mandate. It is not the railroad. They have to do it."