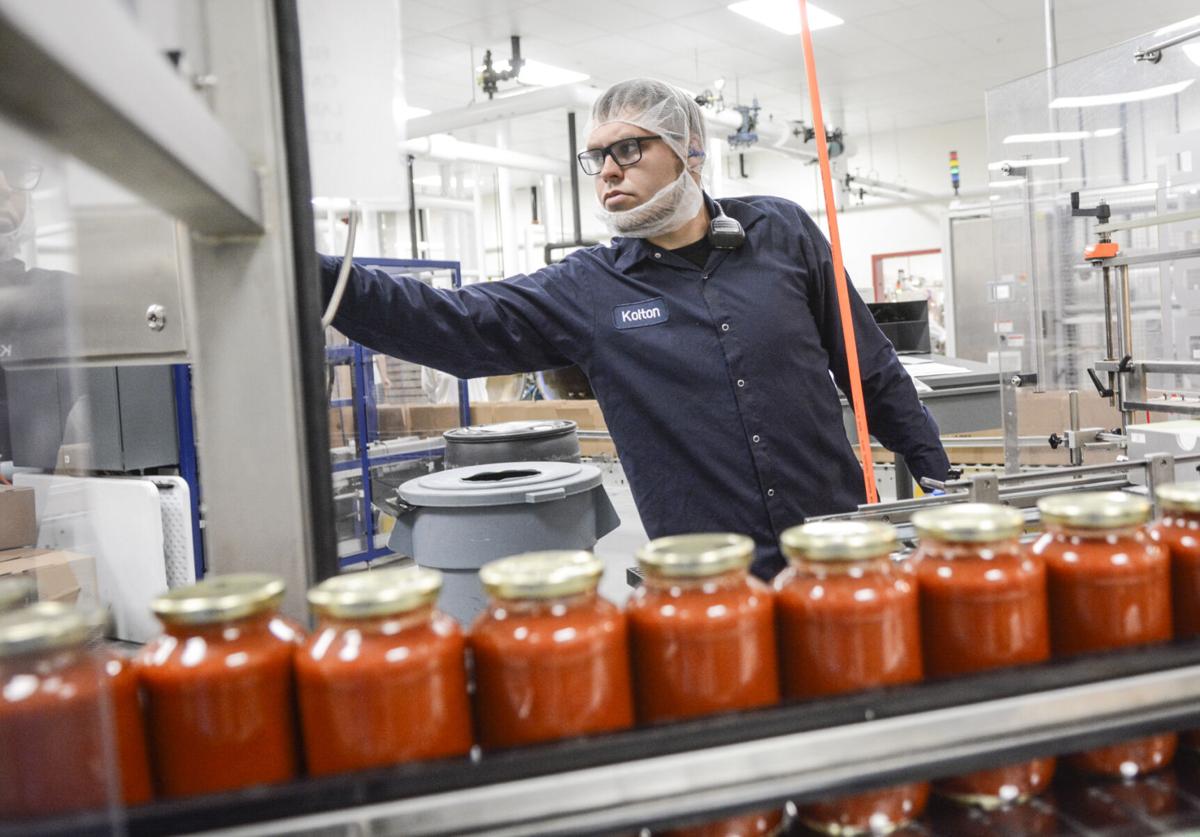 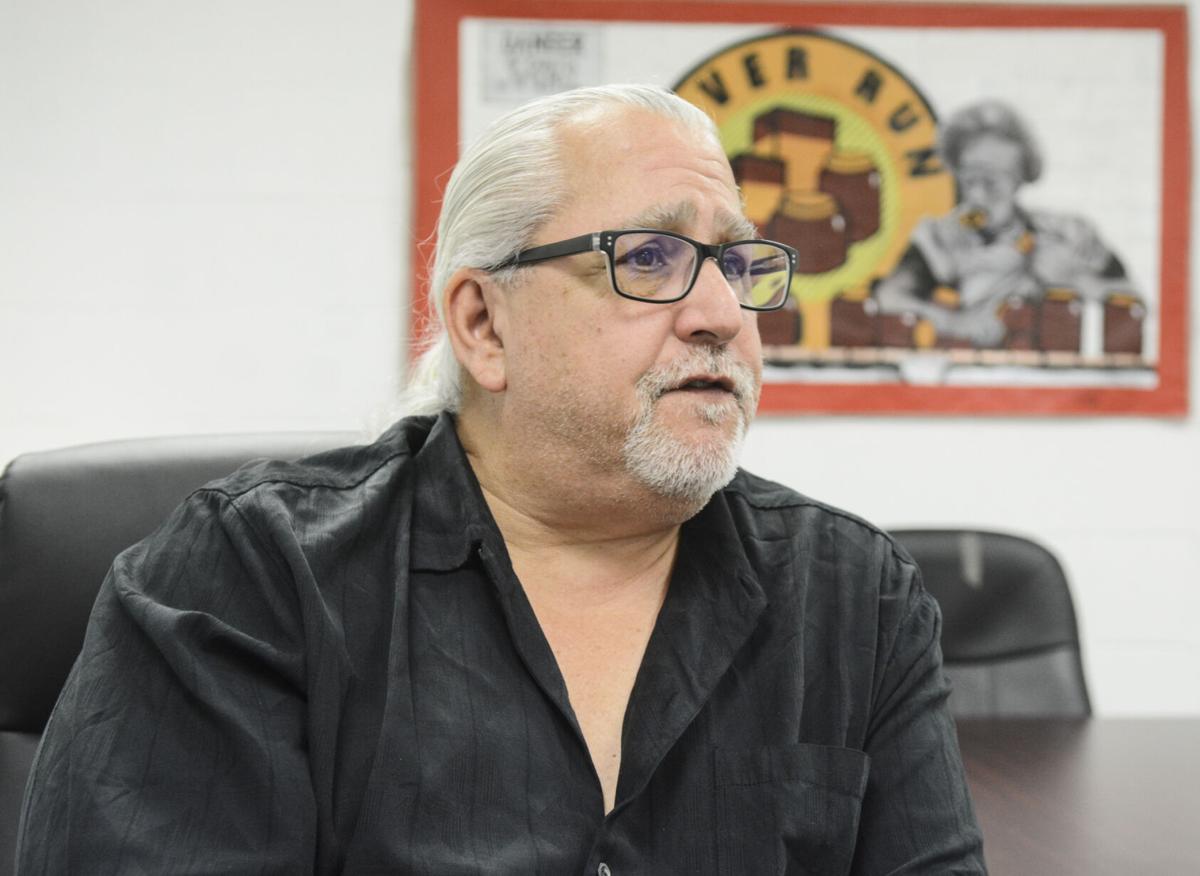 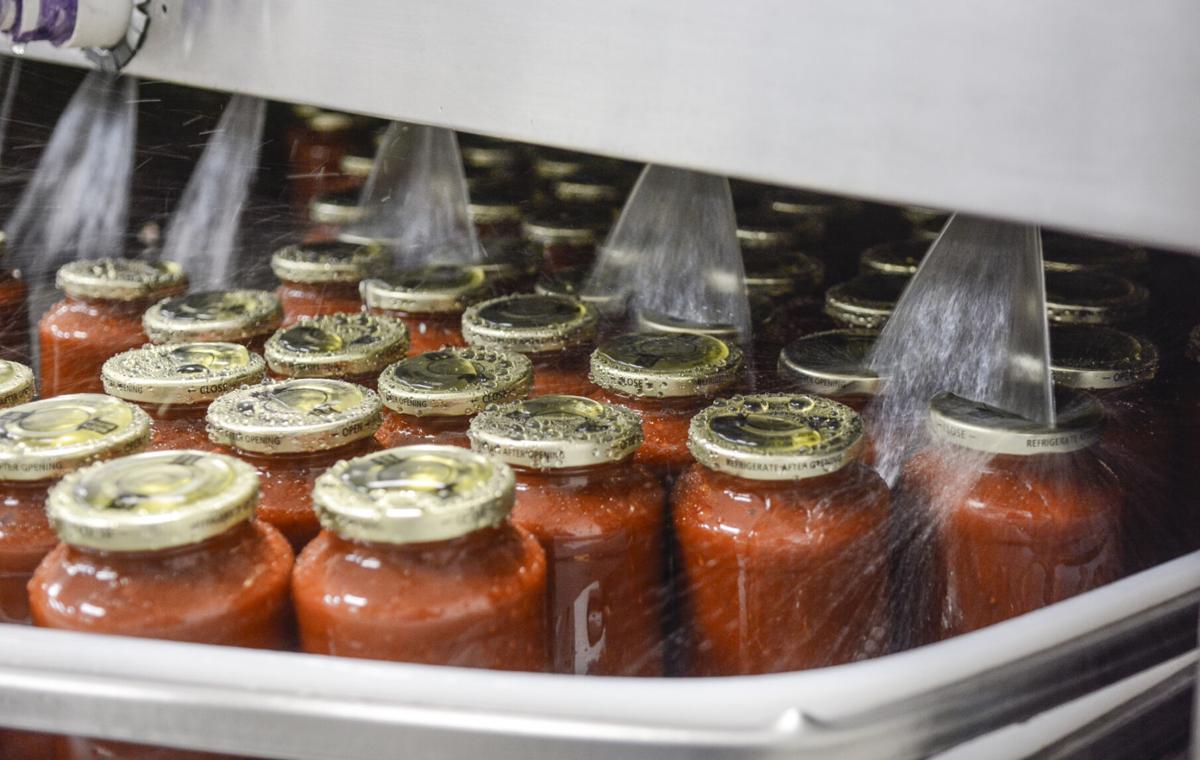 Jars of sauce are cooled off with water on a production line at River Run Foods in Northumberland on Friday. 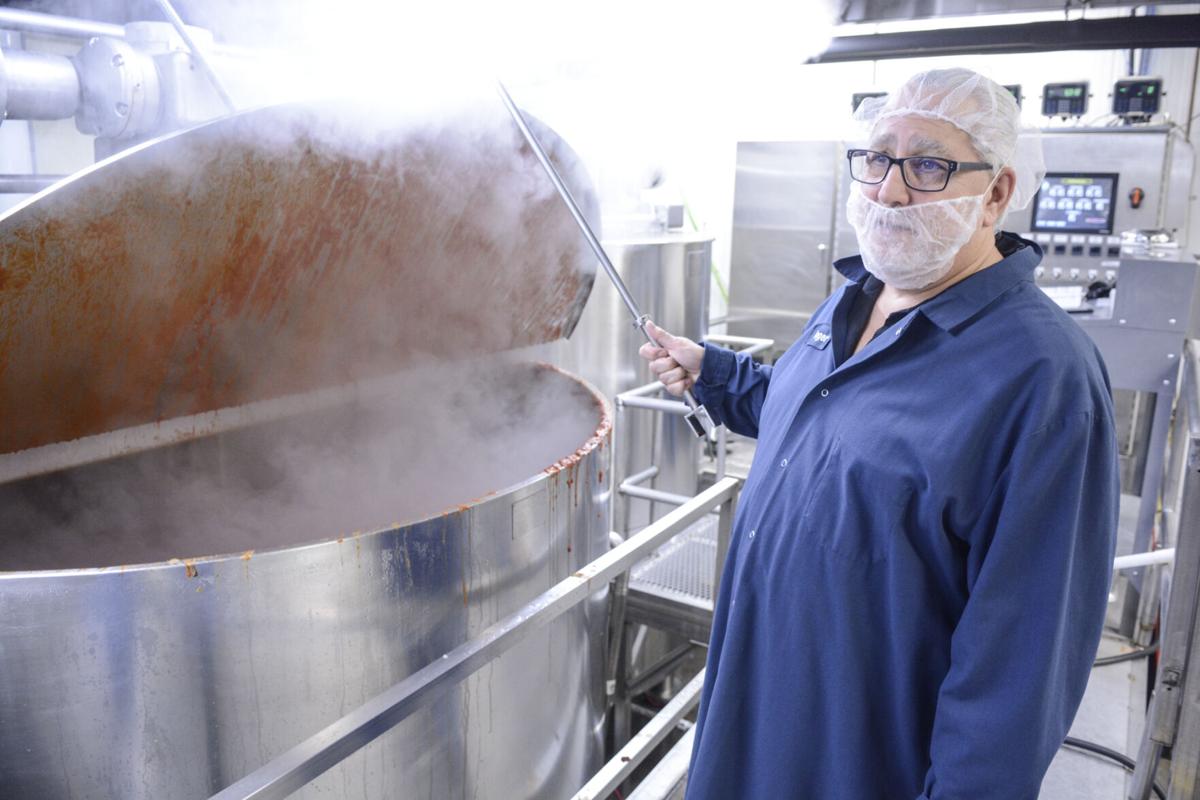 Jars of sauce are cooled off with water on a production line at River Run Foods in Northumberland on Friday.

NORTHUMBERLAND — Steam rises when a lid is lifted from a cook kettle at River Run Foods as 6,000-odd pounds of spaghetti sauce simmers inside.

Hoffman estimated the Northumberland-based River Run Foods will cook, jar and ship 2 million cases of sauce in 2021. He said that figure projects to double with the planned addition of a second production line for glass jar products.

Another 30 to 50 million more cases of shelf-stable products will be manufactured by River Run at a second new facility planned to be built at the Great Stream Commons business park north of Allenwood in Union County.

The second plant will be the exclusive manufacturer of food items like pureed vegetables, sauces and even meals packaged in Tetra Recart paper-based cartons.

The packaging is marketed by Tetra Pack, the manufacturer, as environmentally friendly and logistically sound. The material is lighter than glass or tin and with a rectangular shape, is easier to arrange for shipment and storage. Hoffman said one tractor-trailer load of Tetra Recart is the equivalent of 27 loads of loose tin cans.

“The consumer knows it as juice boxes or (boxes for) chicken broth. While the package is the same the engineering behind it is vastly different,” Hoffman said.

River Run purchased 43 acres from Union County for $1.8 million. The county’s Board of Commissioners voted July 20 to approve the sale.

Hoffman estimated the proposed plant at 300,000 square feet and hopes to break ground in early September. The new plant will feature six production lines and add 400 to 450 new jobs, Hoffman said. An estimated 50 more jobs will be added in Northumberland, he said.

“We’ve been hearing about this big expansion for quite some time,” floor supervisor Luke Wolever said during a tour of the Northumberland plant. “Then, boom, out of nowhere it’s set in stone. All right, let’s get rolling.”

River Run opened in 2011 along Route 147 at 50 Spruce Hill Road, Northumberland. The plant measures 40,000 square feet. Wolever, 25, has been with the company going on three years. John Rohrbach, 26, is the warehouse manager. He’s been there five years.

“We do shipping, receiving, warehousing. We have a third-party warehouse that gets most of our bulk deliveries,” Rohrbach said when describing his work. “This is very different, a very family-oriented company. I love the job,” he continued, looking back on his past employers.

“It gets cliche very fast but we believe in the American Dream here. We throw a party whenever one of our employees gets a mortgage,” Hoffman said, noting there have been two such parties in recent months.

“And, we’ll stock your shelves because certainly, we make enough sauce here.”

Hoffman’s own career at the building dates to 1999 with another company. He is a packaging engineer by training. He laughs when revealing his undergraduate degree is in 19th Century English Lit. He said he holds master’s degrees in engineering and business and began his career in cosmetic packaging in Manhattan. In the late 1990s, he said he entered the food packaging industry with developments in juice boxes.

The nature of River Run’s business keeps Hoffman tight-lipped about revealing partner brands. The label names are easily recognizable, with some visible on supermarket shelves across the country. River Run makes and packages food products for major and boutique brands along with grocery chains’ in-house labels.

“We’re in the gee-whiz business, there’s no question about it,” Hoffman said of Valley residents’ surprise when they learn of River Run and its business.

The bulk of the tomato sauce is made with imported Italian tomatoes, Hoffman said, with some sourced from the Valley. Onions, garlic, peppers and more are all sourced within the Chesapeake Watershed. Hoffman said the company tends to “follow the Susquehanna River” when seeking suppliers.

He landed near the river, too, in choosing to build at Great Stream Commons. According to Hoffman, he looked at land throughout the Valley but liked the location and, more specifically, the water. The river valley features people and companies passionate about food and food products, Hoffman said. Companies like Chef Boyardee, Furmano’s, National Beef and, farther out, Land O’Lakes and Bell & Evans. River Run fits among them, he said.

River Run pays from $15 to $18 hourly for new production hires, according to job listings online. Executive pay is much higher, another listing shows. Hoffman said River Run employs a diverse workforce and is proud to be a second-chance employer.

As Hoffman walks the production floor, he deftly interacts with the men and women working the semi-automated assembly lines — one glass, one carton. His familiarity with the product, the equipment and the people is quickly evident.

Hoffman likens the process at River Run to stove-top canning, a skill passed down among generations. Nothing so industrial as what happens inside River Run ever happened in grandma’s kitchen, though.

Glass jars ride a mechanical line: prepped, filled, sealed and cooled before being labeled, boxed and shipped. The cartons get a different ride, and the cheese sauce inside is actually packaged before being cooked in the cartons using a retort machine — similar to pressure cooking.

“This will run for three weeks,” Hoffman said of the 24-hour operation. “America loves cheese sauce.”

A smaller retort is placed nearby in another room, used in research and development. Hoffman said it’s the only one like it in the Northeast.

“Whenever we get new products we have to prove it’s safe to eat,” Matthew Martin, director of research and development, said as he prepared a package of pumpkin for testing.

The Tetra Recart line will be moved out to the new plant when it’s built. It’s semi-automatic. Five fully automatic lines will accompany it.

“This is not going to be easy,” Hoffman said of the proposed new plant, “spinning up a building of this size, hiring this number of people, bringing this new technology to America, but we believe in it.”