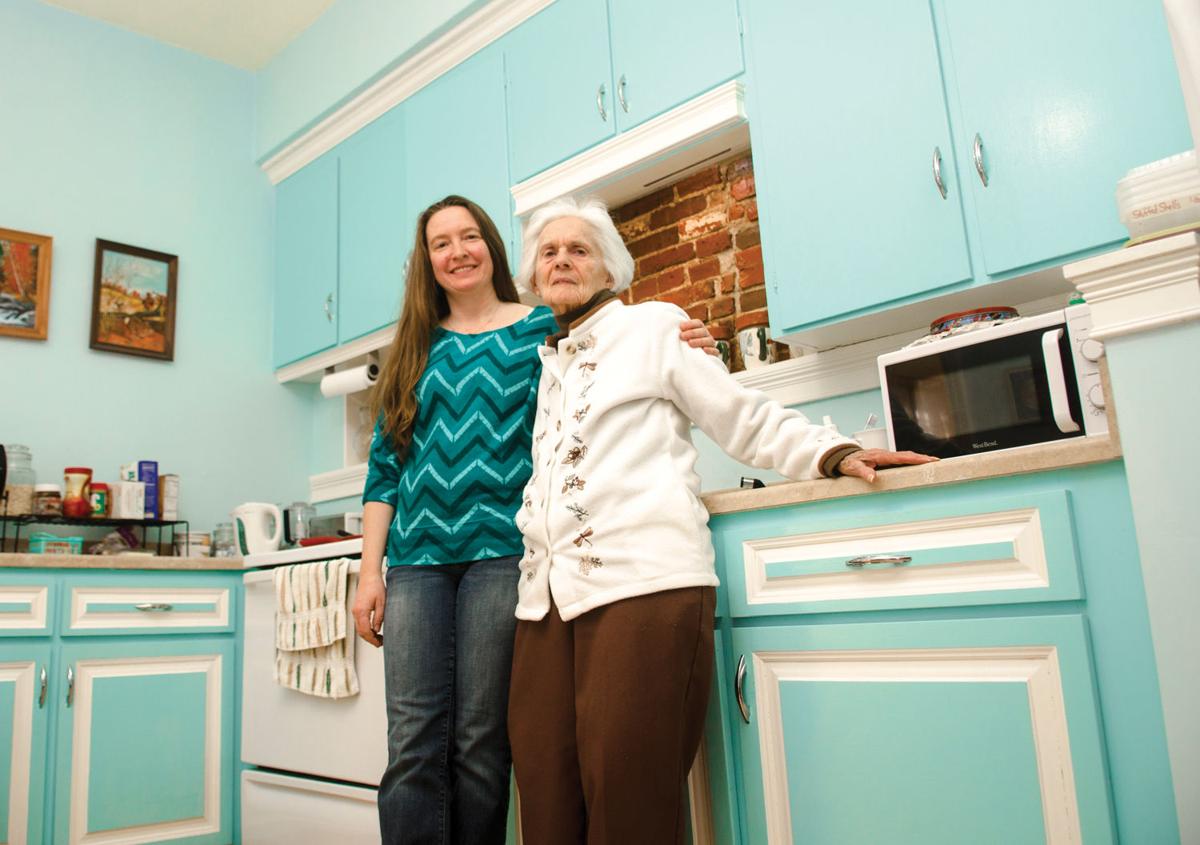 Erin Patton and her grandmother, Audrey Patton, stand inside Audrey's kitchen at her home in Lewisburg. 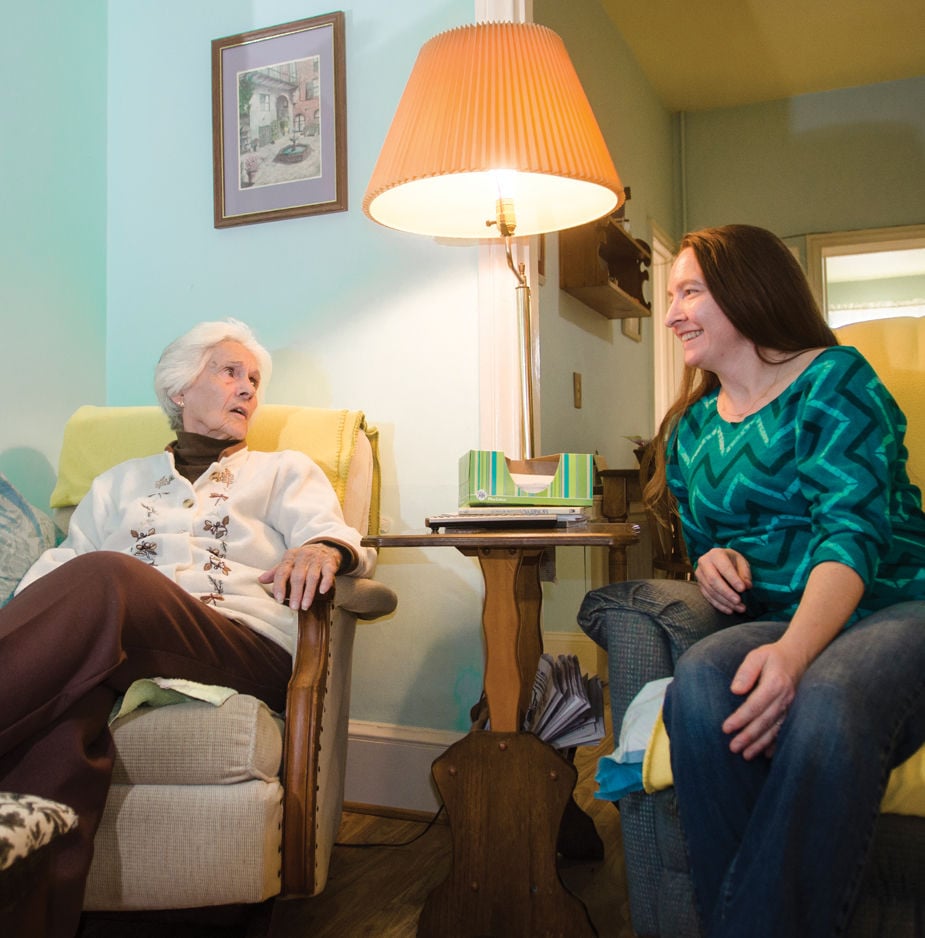 Audrey Patton, of Lewisburg, speaks with her granddaughter, Erin Patton, inside her home in Lewisburg. 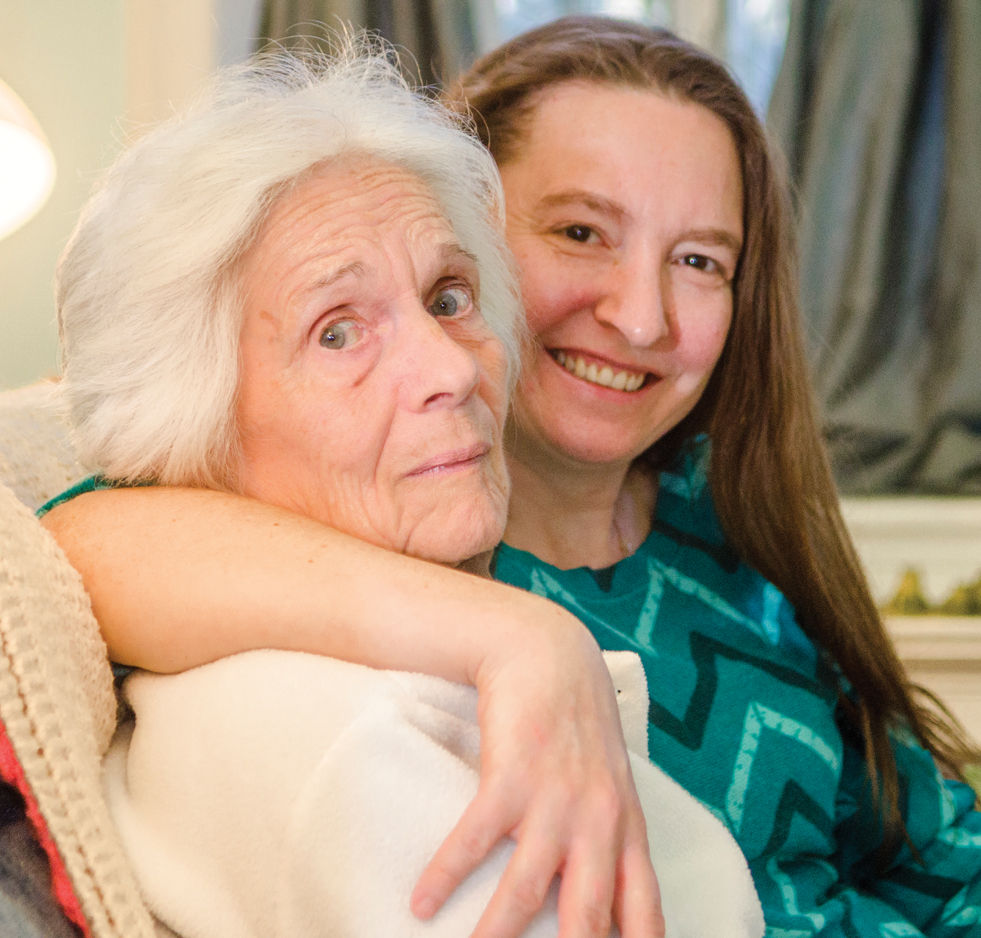 Audrey Patton, of Lewisburg, poses with her granddaughter, Erin Patton, inside her home in Lewisburg. 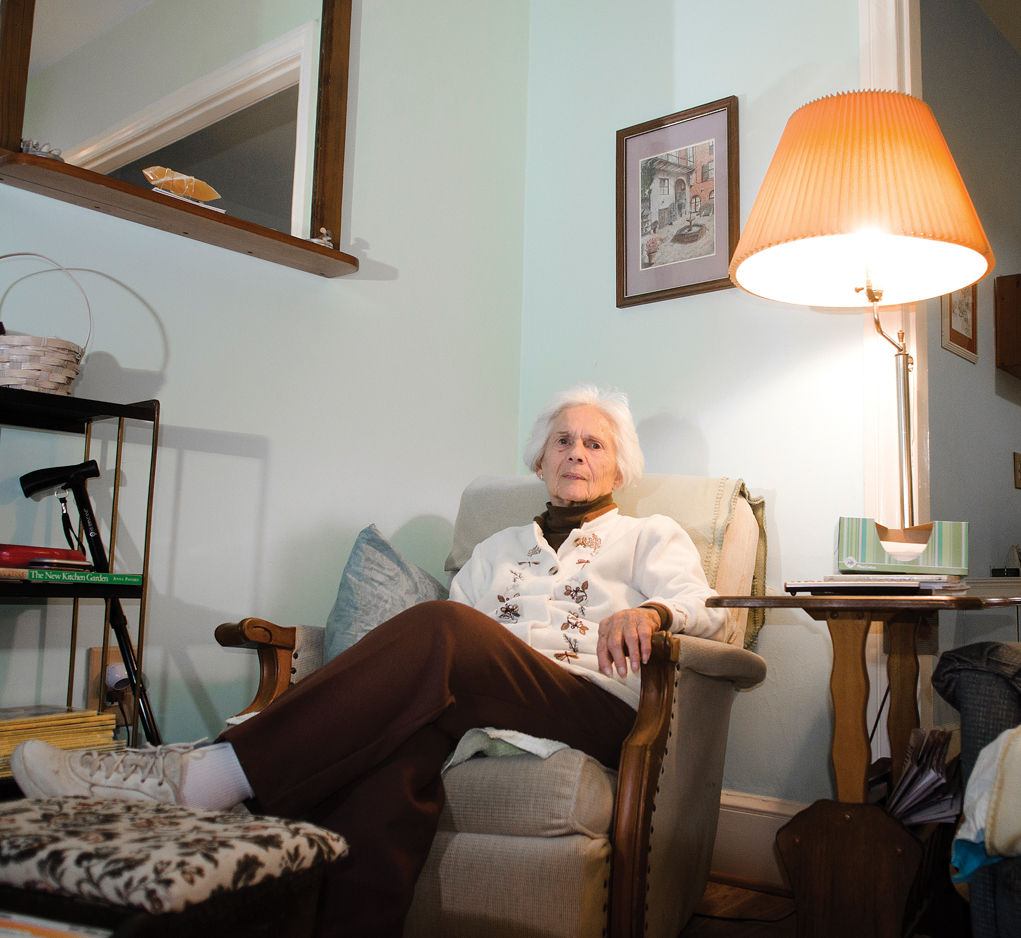 Audrey Patton, of Lewisburg, sits in her chair at her home in Lewisburg.

Erin Patton and her grandmother, Audrey Patton, stand inside Audrey's kitchen at her home in Lewisburg.

Audrey Patton, of Lewisburg, speaks with her granddaughter, Erin Patton, inside her home in Lewisburg.

Audrey Patton, of Lewisburg, poses with her granddaughter, Erin Patton, inside her home in Lewisburg.

Audrey Patton, of Lewisburg, sits in her chair at her home in Lewisburg.

LEWISBURG — Audrey Patton may not always remember her granddaughter whom she raised from childhood, but that doesn’t stop Erin Patton from taking care of her and wanting the 86-year-old woman as close as possible.

Audrey Patton, a patient of dementia, doesn’t live in a nursing home. Instead, Erin Patton moved her into a house next door to her on North Water Street and hired Visiting Angels to assist in every day activities.

“It’s a lot easier for everyone involved,” Erin Patton, 39, said. “When you put someone in a nursing home, you aren’t involved in their every day life. I like that I can pop in any time. She’s still part of my life regardless whether she knows me or not. It’s what I needed to do in order to thank her for taking such good care of me. I wouldn’t have a childhood without her.”

Of all the states in the United States, Pennsylvania has the fifth highest percentage of senior citizens. Florida has the highest percentage of senior citizens, followed closely by Maine, West Virginia, Vermont, Pennsylvania, Montana, Delaware, Hawaii, Oregon and Arizona, according a report published last month by WorldAtlas.com

In 2013, there were 44.5 million elderly persons in the United States. In Pennsylvania, 16.69 Percentage of the population was over 65 years old.

The trend in elderly car has been moving away from nursing homes to assisted living inside their own homes, according to several experts in the Valley.

“The babyboomers are aging and more resources are available in the community,” Lewisburg-based Home Instead community outreach manager Melissa Bottorf said.

“We’re able to help people stay in their homes and be indepennt longer than ever before.”

The trend should be moving faster toward assisted living, according to Lewisburg-based Visiting Angels Living Assistance Services owner Dan Miller.

“It’s not as much as it should be,” he said. “The state is quicker to throw money into nursing homes. I don’t understand why.”

Home Instead is one of more than 1,000 franchises around the world since it was started in 1995 as a company to help seniors to live independently at home. That mission still drives the company and its franchise network today. Today, the Valley company has more than 200 clients.

Visiting Angels is a non-medical senior care services agency with a client base of 23.

“The girls take her around,” Erin Patton said of her grandmother. “They take her grocery shopping. She’s social with them.”

Her nurses make sure she makes her hair appointments, take her to senior centers and restaurants, go shopping with her and draw and paint with her.

“She’s not quite as able to do the things she could do before,” Erin said. “They’re patient with her, they keep her going. They keep her laughing. She doesn’t know who I am. She mixes me in sometimes with the nurses. She says she’s always thankful for her girls.”

Visiting Angels allows a “peace of mind” for Patton and gives her the opportunity to run a business and keep living her life.

The advantages to assisted living are plentiful, they said.

“If an individual has dementia or Alzheimer’s, it can keep them in their home environment they’re already used to and they don’t have to adapt to new people or have distractions,” Bottorf said. “It’s also much less expensive.”

Miller said people are reluctant to leave their homes for a nursing home after decades of living there. Plus, they may have to give up their possessions.

“It allows you to keep dignity and comfort,” Miller said.

At home services vary, but companionship is emphasized.

“It’s sad how many people don’t have anybody,” Miller said.

Clients can have someone for medication reminders, nutritional cooking or eating together, personal care such as bathing, going to and from appointments with them or giving primary caregivers time off.

“We do one on one,” Miller said. “If you want a meal, we cook you a meal. If you need help, we help you. If you want to talk or play checkers, we’ll do that.”

Both Miller and Bottorf said “the sooner the better” to start elderly care.

“We can come in and build that relationship as caregivers one on one as their health declines,” Bottorf said. “Then they understand how it works. It’s easier to increase hours as the needs increase for the senior.”

“Rather than waiting for someone to fall or mess up on their medication, we can be there early,” Miller said. “A little bit of care in the beginning can save injury or frustration.”

One of the other larger changes in elderly care in the last few years centers around technology, Bottorf said.

“Our agency can help the family stay involved no matter where they’re from,” she said. “A lot of our seniors want to get on social media to check on the grandkids.”

“The population in general is aging,” McIlvried said. “Older folks are healthier now than ever before in the past. People are living in the community longer.”

But, he said, age related problems will catch up with a person and it’s usually Alzheimer’s disease.

When patients or caregivers ask for advice, he tells them to make sure the home is safe: move all necessary items to one floor, put handrails in the bathroom, make sure steps are in good condition, make sure medication and food are being taken the right way.

There are a lot more options than in years past, such as Life Geisinger in Kulpmont, a unique and innovative program for older adults designed to give them the support they need to live independently. It’s similar to an adult daycare, McIlvried said.