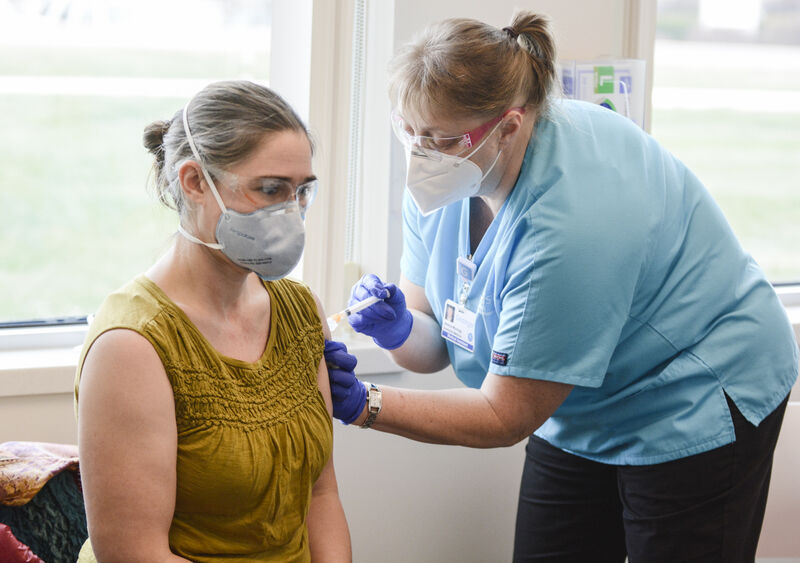 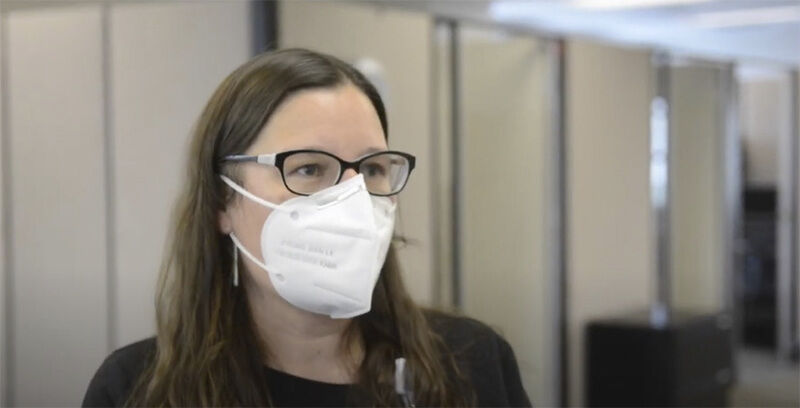 Allison Hess, Geisinger vice president of health service, talks about the challenges presented by the COVID-19 vaccine at a clinic on Tuesday. 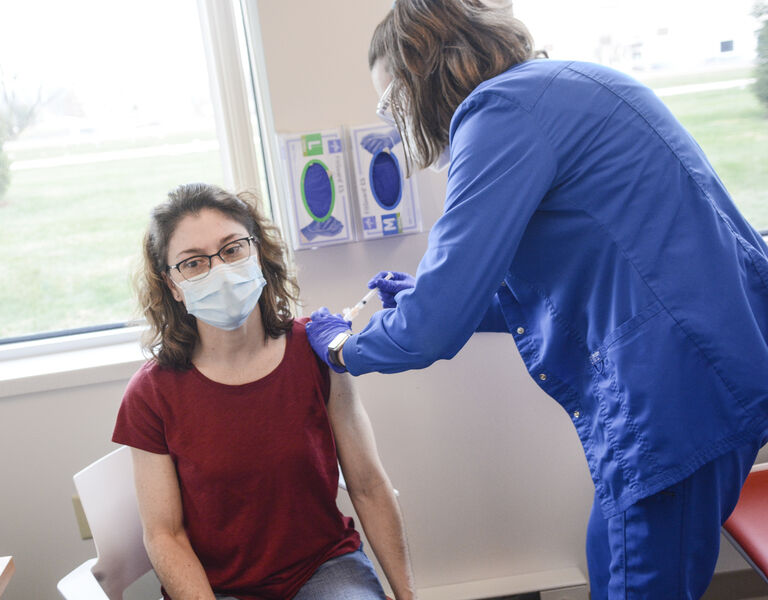 Allison Hess, Geisinger vice president of health service, talks about the challenges presented by the COVID-19 vaccine at a clinic on Tuesday.

Geisinger opened a clinic for COVID-19 vaccines and on its first day Tuesday, took 100 appointments for health care providers including those outside the health system’s own network.

Geisinger expanded its program in line with the state’s tiered approach in distributing the vaccine. Non-Geisinger staff, dentists, pharmacists and pharmacy technicians, therapists, medical students and emergency medical providers are among an expanded list of eligible health care professions.

Anyone seeking the vaccine can find qualification criteria, a registration link to make an appointment as well as additional information about the vaccines at geisinger.org/covidvax.

“We’ve seen a really good response from our own internal providers and nurses. A lot of them are making the choice to be vaccinated,” Hess said.

Geisinger opened clinics in Danville, Pittston, Lewistown and Jersey Shore. Hess explained dedicated sites are needed as vaccine availability increases. The logistics are tricky. Geisinger uses both vaccines currently authorized for emergency use, one from Pfizer and another from Moderna. Each need to be stored at sub-zero temperatures. Both are administered in two doses spaced by weeks between shots — 21 days for Pfizer’s vaccine and 28 days for Moderna’s.

There are popup pharmacies on site to prepare the vaccine. Hess said appointments must be carefully made and upheld as to not spoil any doses, especially in balancing first and second doses. Should some people cancel appointments, she said others are called to be offered the vaccine immediately.

“Once that’s drawn up we only have 6 hours to use it before it expires,” Hess said of the vaccine.“We have done an exceptional job of not wasting the vaccine through this process.”

Cathleen Adams of Lewisburg is a former Geisinger physician who’s opening her own private practice. She’s a pediatrician and also a child and adult psychologist.

Adams said she’s heard concerns expressed by patients about the vaccine’s development. It didn’t happen near as quickly as presumed, she said. Adams noted that years and years of research and expert discoveries into coronaviruses and mRNA technology allowed for quick adaptation to combat COVID-19.

Adams said she had no reservations about taking the vaccine herself. Her husband, also a physician, received the vaccine, as well.

“The faster we can get folks vaccinated the better. I’m excited to be part of the first few,” Adams said.

Michelle DeStefano of Berwick, a pharmacy technician, said she worked in the area of vaccines and infectious disease earlier in her career. She admitted some nerves right before taking the vaccine but was happy to go through with it.

“Right before I was coming in I got just a tad bit nervous because of the unknown potential long-term effects but overall I was actually really excited and very blessed to be able to get it,” DeStefano said. “I would encourage people as soon as they’re eligible to have confidence to come get vaccinated. The sooner we can get everyone vaccinated hopefully the sooner we can get over this pandemic.”

Lynette Benshoff of Catawissa, an office manager for a home health agency, expects most of her coworkers will get the vaccine. She said in her role, she has a lot of direct interaction with employees and clients.

Vulnerabilities with her own health and her immediate family spurred Benshoff to get the vaccine, she said.

“For me, it was just protecting my family, really, so I don’t bring something home to them,” Benshoff said.