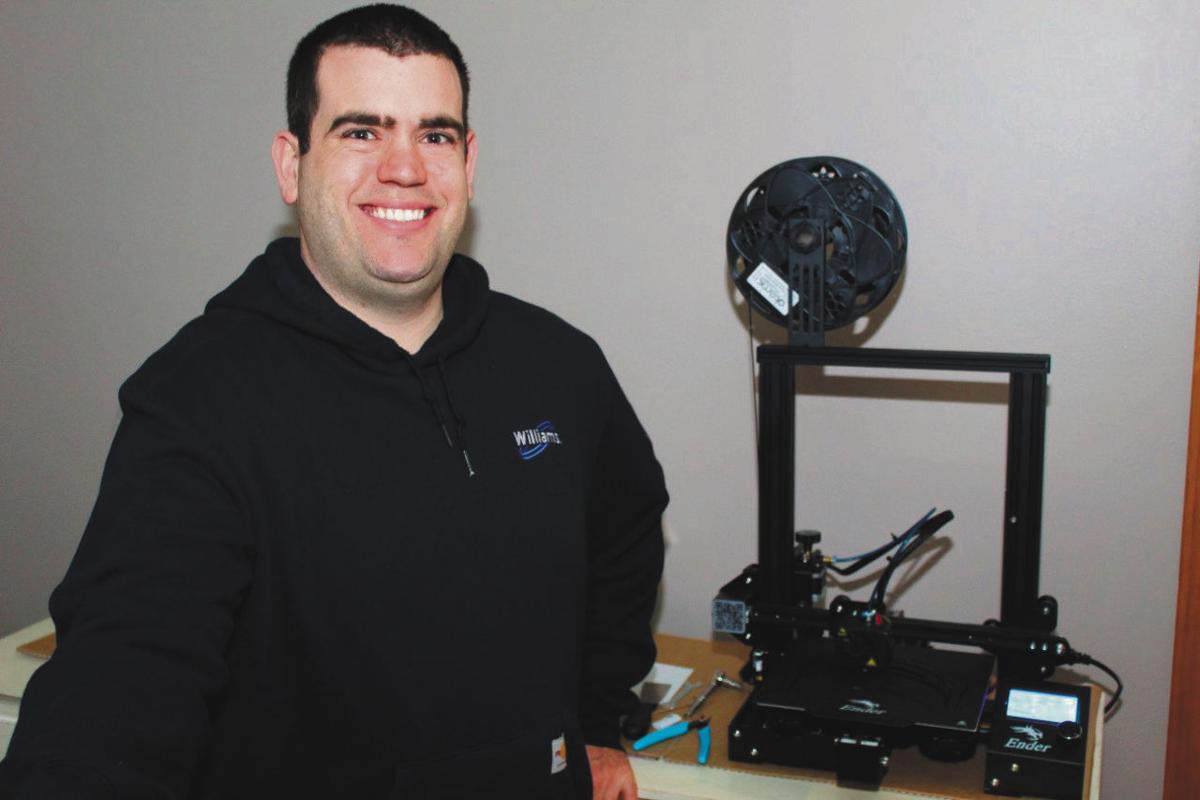 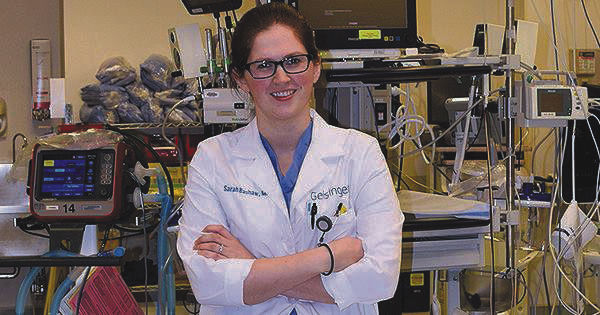 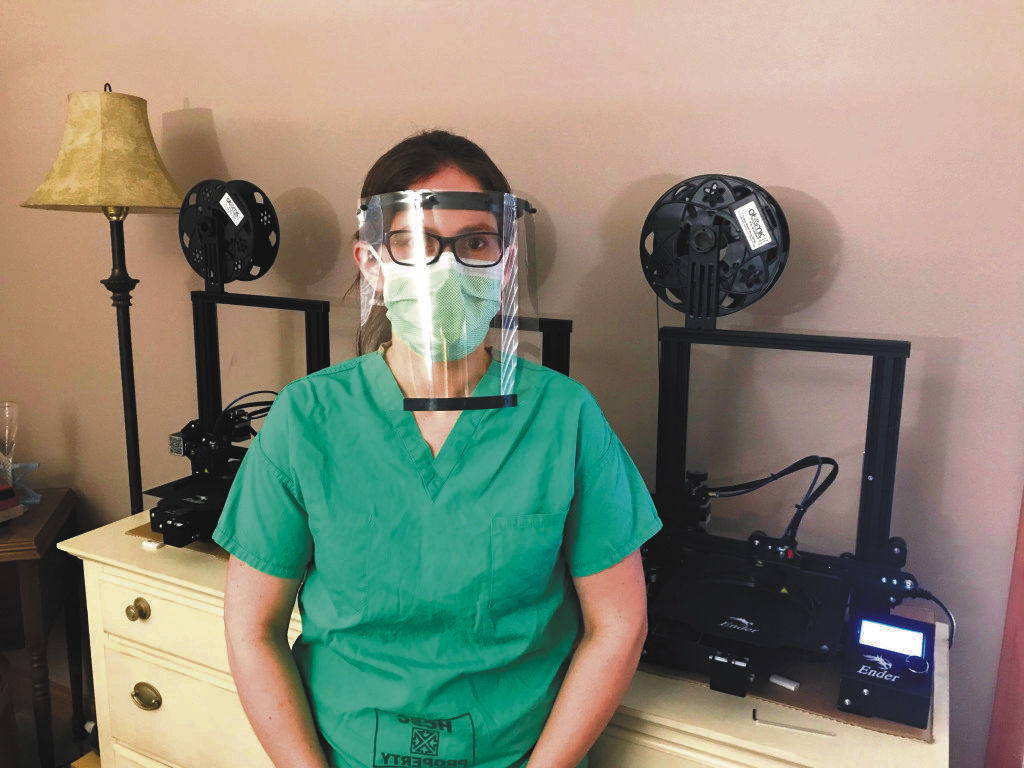 When Andrew Hayek told his wife they needed a 3D printer for Christmas, Sarah Hayek said he used one of his standard lines: “We can’t afford not to buy it.”

Turns out, he was right.

Andrew Hayek, an engineer for Oklahoma-based Williams, designs pipelines as a day job. He sought the printer as a hobby, to make toys for his young daughter. When COVID-19 spread throughout the nation — including his wife’s workplace at Geisinger Medical Center — he quickly changed plans.

On Wednesday, Hayek finished his 700th protective face shield thanks to a fleet of six 3-D printers, creating safety devices that have been donated to Geisinger Health System and small pockets of emergency responders to help those on the front lines of the battle against the novel coronavirus.

Hayek had used the printer to make a few dozen toys since Christmas. When COVID-19 began to spread, he was able to download instructions online and quickly churn out portions of the face shields, mainly the headgear. The clear plastic for the shields was donated by the Lewisburg Area School District, Sarah said, to finish the masks. When the virus runs its course, the printers will be donated to STEM programs at high schools, Andrew said.

Sarah Hayek, a surgical resident at Geisinger, wore one to the office one day after the spread began. “She took it into work with her and six people asked where she got the mask,” her husband said. “Then we realized, doctors and others really could use these with the shortages.”

Sarah Hayek said the additional shields are providing peace of mind to medical staff during the pandemic. “What we have in supply now and a week from now could quickly change so this is relieving some of that anxiety,” she said. “It means so much to the people working on the front lines to have support from their communities like this.”

After her husband made some masks, doctors raised money to buy three more printers. Andrew then reached out to his boss about expanding the project. “We have goals for community service and I asked my boss if this would qualify, they ran it up the ladder and I got two more printers,” he said.

Each frame takes about two and a half hours to create. The printers are running about 20 hours each day, Andrew said, and producing about 50 masks a day.

“When he first told me he wanted a 3D printer, I thought it was a silly idea,” Sarah Hayek said. “Now he has six of them. Clearly, I lost that argument. Now, whatever he wants, he gets. But it’s been incredible.”

“The shield helps them do their job feeling secure that if anything splashes, this shield will protect them,” Shabahang said. “This also shows our employees that we care about their safety.”

“When the hospital asked if I could make more, I said, ‘why not?’ I’m not the one there doing this life-saving work, but I can help the people who are,” he said.