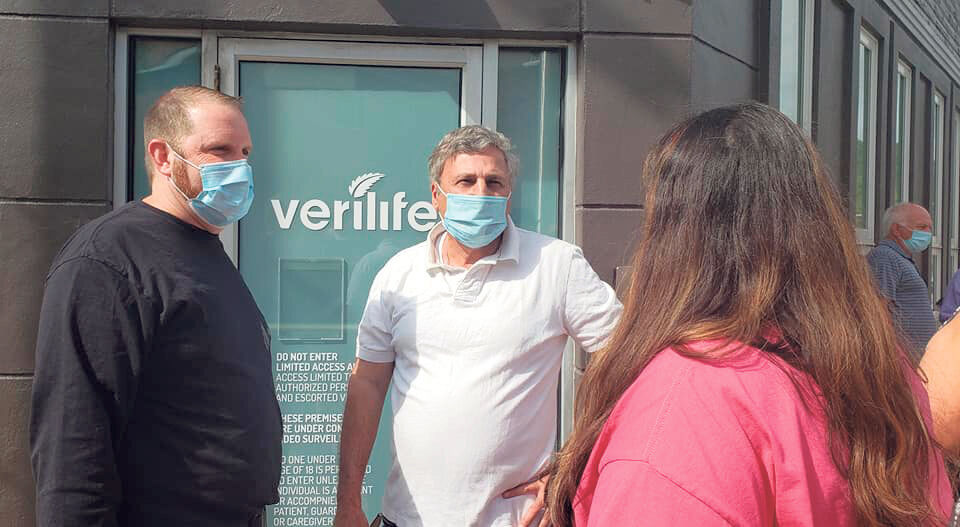 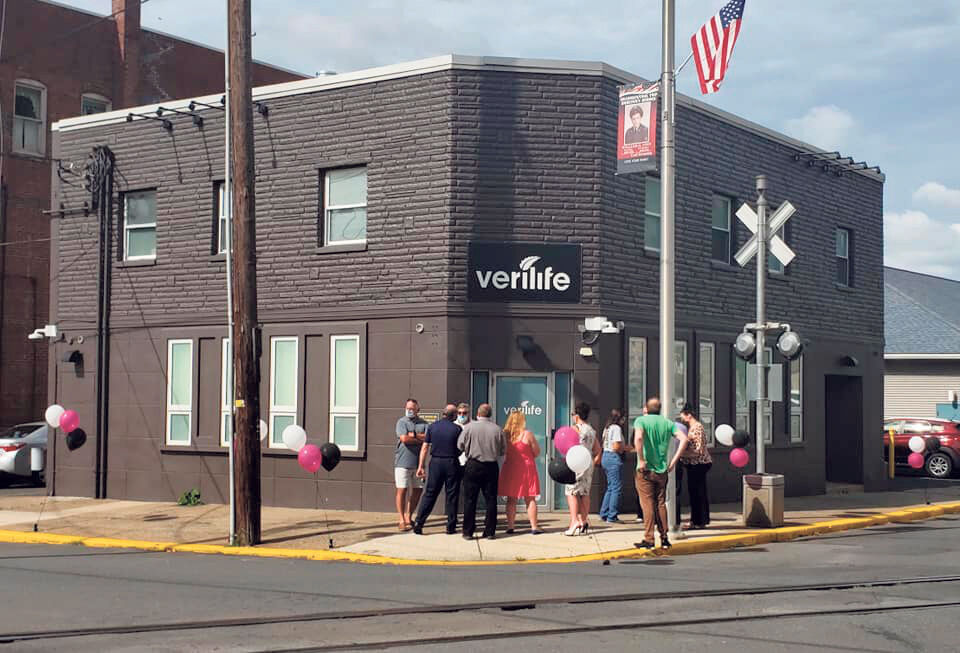 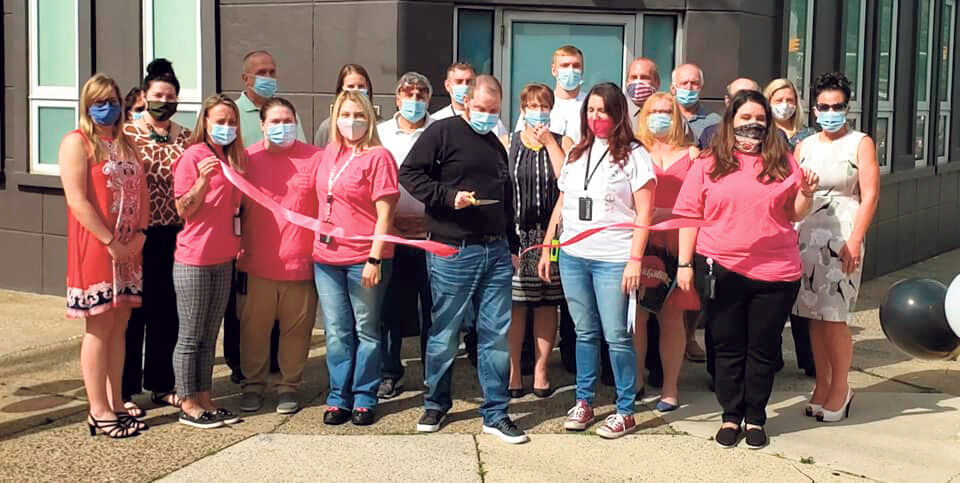 SHAMOKIN — A round of applause and light cheers broke out on Monday as a medical marijuana dispensary opened its doors in Shamokin for its first day of operations.

Staff at Verilife, operating under the permit issued in December 2018 to PharmaCann Penn LLC, held a ribbon-cutting ceremony to signify the occasion at 520-522 N. Shamokin St. Leaders from Northumberland County, the city of Shamokin and the Greater Susquehanna Valley Chamber of Commerce attended to show support for the new business.

"Look at the support, the great people, everyone has been so welcoming. It's the best we could ask for," said Gary Taylor, the general manager for the Shamokin location who cut the ribbon. "Shamokin has a bad rep. We're here to change that with the people here revitalizing the city. To be a part of that and help out is a great feeling, it's amazing."

Verilife Shamokin is the company's second retail location in the state. In addition to the Shamokin dispensary, PharmaCann operates a second Verilife location in Philadelphia, which opened in 2019.

PharmaCann, through NLCP 520 Shamokin Street Pa LLC, finalized a real estate transaction on March 3 to purchase 520-522 N. Shamokin St. for $950,000. The 4,700 square-foot lot was sold to PharmaCann from Harvest of North Central PA LLC, which relinquished its dispensary permit as part of a settlement with the Pennsylvania Department of Health after it violated the terms of the license.

PharmaCann, founded in 2014, is licensed in eight states to grow, process and dispense medical cannabis products for adult and pediatric patients, as well as for responsible adult use. The dispensaries operate under the brand Verilife, according to PharmaCann's website.

The Shamokin location right now has 10 employees, but they are working toward 20. The hours are 11 a.m. to 7 p.m. Tuesday through Saturday.

Shamokin Mayor John Brown and council members handed off a gift bag to Verilfe as they have done with other new businesses in the city.

"It's another great day," said Brown. "Another business opened in Shamokin with new jobs and new revenue coming in. This end of town is coming alive again."

"I'm glad to see it in the downtown," said Schiccatano. "They're trying to revitalize the city."

Klebon said Shamokin is seeing an upswing in positive news with other projects, including hotels and a medical facility, being planned.'

"Any time a municipality or a body of government does a good thing like this, we're behind it 100 percent."

Pete Rebuck Jr., of Shamokin, walked by during the gathering and congratulated the company for opening.

"People need this kind of stuff to help them when they're sick," said Rebuck. "Instead of getting it off the street, they can get it from the professionals."

Store not open to public

The inside of Verilife is not open to the public or media, only to those with medical marijuana cards or caregiver cards, according to state laws. The company held an open house in July and showed off its sales floor, vault and security systems.

The sales area, also known as the dispensary floor, is a small area that will have empty product boxes on display so customers have an idea of what products are available. Verilife has its own products and other companies' products for sale. There are also educational materials available as well as television sets with looped media playing. Customers can purchase items from employees.

The vault, which is not open to the public but was shown during the tour, is where the majority of the products will be stored as well as cash deposits. It's considered the staging area and is refrigerated and secured.

The security includes multiple cameras, panic buttons and motion sensors. The rooms not available on the public tour included an IT room, management offices and breakrooms.