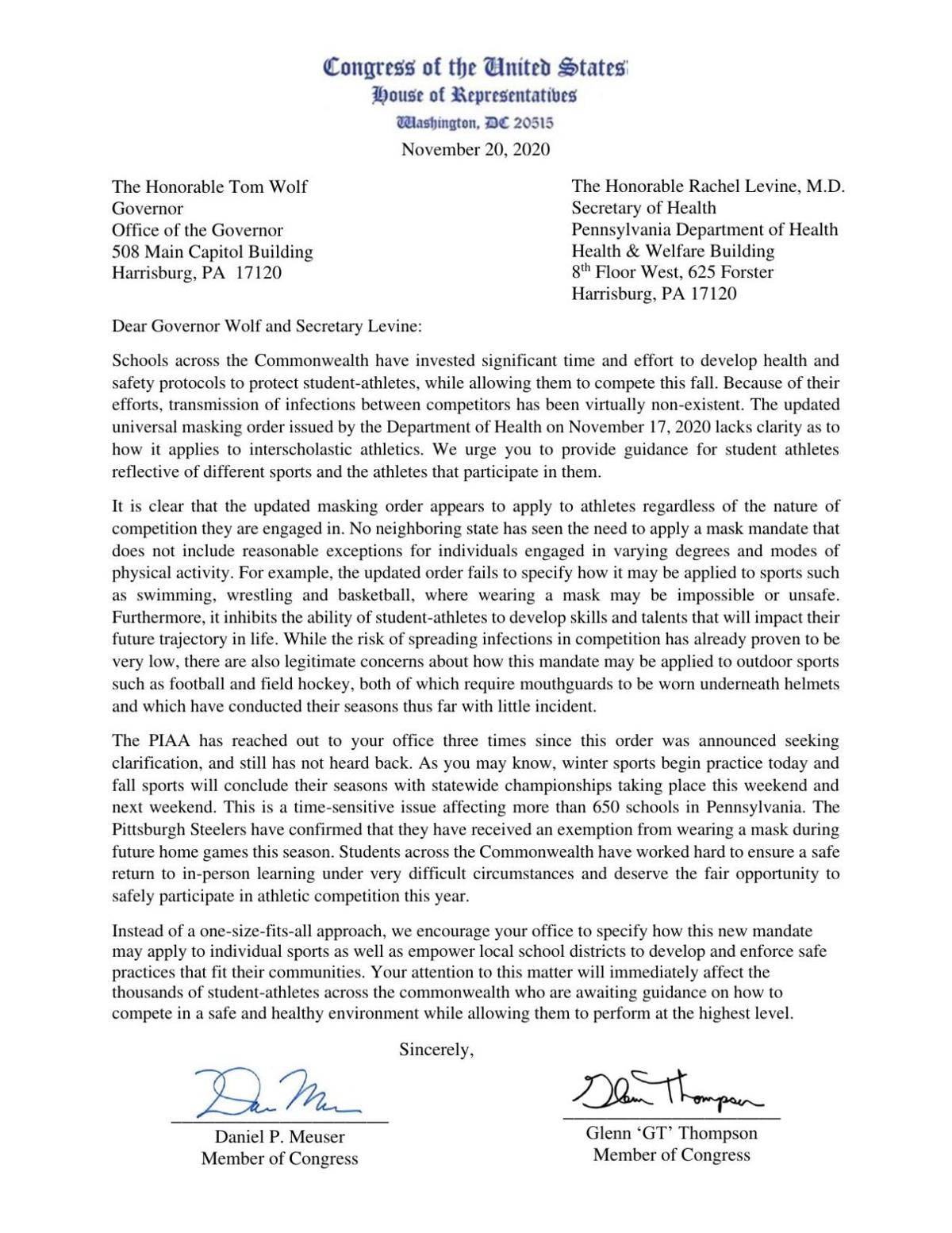 "The updated universal masking order issued by the Department of Health lacks clarity as to how it applies to interscholastic athletics. We urge you to provide guidance for student athletes reflective of different sports and the athletes that participate in them," the letter states. “It is clear that the updated masking order appears to apply to athletes regardless of the nature of competition they are engaged in. No neighboring state has seen the need to apply a mask mandate that does not include reasonable exceptions for individuals engaged in varying degrees and modes of physical activity."

The letter notes at the PIAA, the governing body for scholastic sports in Pennsylvania, has sought clarification but has not heard a response from state officials. Winter sports practices began Friday in Pennsylvania as the PIAA conducts championships in soccer and field hockey this weekend and the state playoffs continued for football.

"This is a time-sensitive issue affecting more than 650 schools in Pennsylvania," the letter says. "Instead of a one-size-fits-all approach, we encourage your office to specify how this new mandate may apply to individual sports as well as empower local school districts to develop and enforce safe practices that fit their communities."