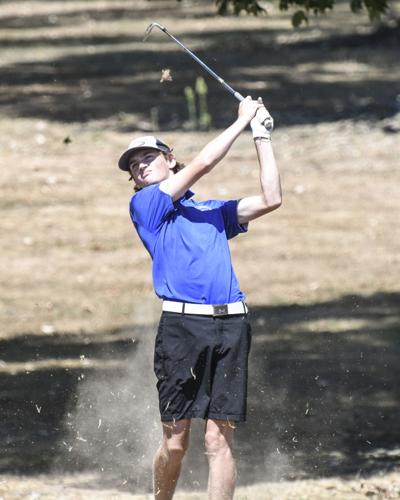 Selinsgrove’s Sam Wetmiller, the District 4-3A champion is one three district champions on the Daily Item all-star team. 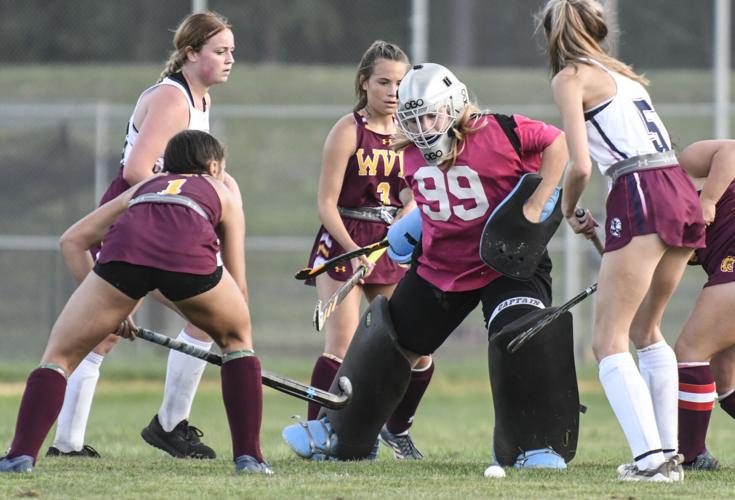 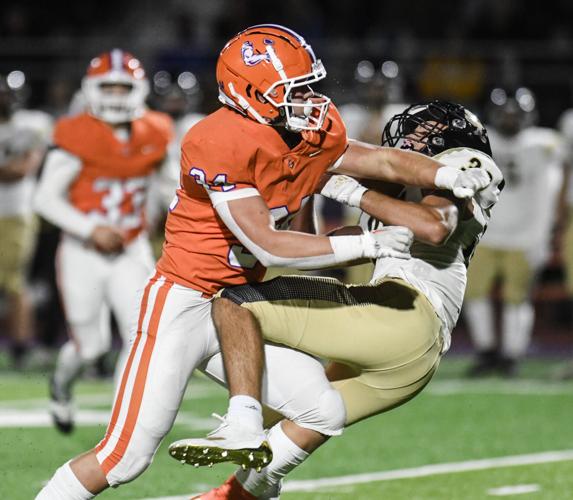 Selinsgrove’s Sam Wetmiller, the District 4-3A champion is one three district champions on the Daily Item all-star team.

The number of high school students participating in sports across the United States dropped four percent in the most recent survey by the National Federation of State High School Associations.

The people who oversee scholastic sports are confident the numbers will return to pre-pandemic levels even as the decline continues a slight downward trend. Even before the pandemic canceled high school sports across the country in 2020, the rate of participation among student-athletes slowed. The 2018-19 participation report — the most recently completed until the new report came out last week — showed the first decline in the overall participation rate in three decades. The reasons, stakeholders said, range from specialization to growth in club and travel programs.

Yet those at national, state and local levels are confident in where the trajectory is heading as statewide associations continue to emerge from the COVID-19 pandemic.

“Given what has occurred in our country the past three years, we believe a decline of only four percent in participation totals from 2018-19 is pretty remarkable,” said Dr. Karissa Niehoff, chief executive officer of NFHS. “We know some states that were able to complete surveys in 2020-21 reported participation increases this past year. So, we are very optimistic that trend will continue in the years to come as schools fully recover from the effects of the 2020 shutdown.”

In Pennsylvania, participation rates have remained relatively steady over the past decade, hovering between 315,000 and 320,000 student-athletes. One change is that while the 315,097 participants is the lowest number statewide in more than 10 years, Pennsylvania now has the fourth-most student-athletes in the nation, trailing only Texas, California and Ohio.

Melissa Mertz, assistant executive director of the Pennsylvania Interscholastic Athletic Association, said she was surprised to see Pennsylvania up to No. 4. Pennsylvania had ranked sixth every year since 2008-09 when it was ranked seventh. Over the past 20 years, the participation rate in the state has jumped from 250,000 in 2002-03 to more than 315,000 this year.

“I’m not sure what is happening in those other states, but it was surprising to see we were fourth,” said Mertz. “We are starting to see this movement coming out of COVID where kids are returning to these types of activities.

“Some sports have seen an increase, others have stayed status quo, and others have dropped,” said Midd-West athletic director Bree Solomon “In any given span of 3-5 years, we see peaks and dips in the number of athletes in certain sports. It’s hard to figure out the exact reasoning.”

This year’s survey indicated participation by high school students in 69 different sports, as well as 16 Adapted sports and 16 Unified sports, according to the NFHS. They range from everything from basketball and football to other sports where Mertz said there is some surprising growth, including bowling.

Statewide, the favorites are the same. Four boys sports — football, baseball, basketball and track & field — all have more than 20,000 participants with football leading the way. Track & field is the most popular girls sport in Pennsylvania with 24,360 participants — higher than the boys total — while there are more than 21,000 girls basketball players.

Perhaps the biggest storyline in boys participation totals, however, is in football. While boys 11-player football was down three percent (1,006,013 to 973,792) — less than the overall survey average of four percent — participation in 6-, 8- and 9-player football registered a 12 percent increase.

“Certainly, the football numbers are encouraging after the previous report from the 2018-19 season,” Niehoff said. “The movement from 11-player to other versions of the game continues to be attractive to schools in some states, and the growth of girls flag football continues to gain ground in more areas of the country.”

Volleyball continued its rise in popularity among girls and was the only top 10 sport to register an increase from three years ago.

More and more athletes are leaning away from playing two or three sports which could impact participation rates, a trend built on more availability to play sports like basketball, soccer and field hockey, year-round, along with longer seasons — the PIAA football season can run 16 weeks plus preseason.

In the PIAA, Mertz said the organization tries to work its schedules so seasons don’t overlap. While there is some crossover when teams advance deep into state playoffs, the goal is to make sure student-athletes have the opportunity to participate in multiple sports or get a break in between seasons.

“We watch how the seasons overlap; we want kids able to participate in multiple sports,” she said. “That doesn’t happen as much as it did before, but we want to remain cognizant that one sport doesn’t impede on another.”

The growth of indoor facilities and club and travel teams give athletes greater opportunities to play the same sport all the time, meaning athletes may opt of a second or third sport.

“When we were growing up, you couldn’t play field hockey indoors in the winter and then in the spring and summer,” Mertz said. “You played another sport. I wish there was more of that. It is nice to see some of the pro leagues promote that their athletes grew up playing multiple sports. There is also the sports medicine part of it, where someone just continues to use the same muscles the same way over and over. Playing multiple sports can lend itself to fewer injuries.”

At Midd-West, Solomon said the school hosts camps for elementary students to introduce them to a variety of activities at a young age.

“Most have some type of youth camp, which does help get kids interested. We have youth nights at the varsity events, they are always well attended,” she said. “Last year, we had a multi-sport introduction camp for elementary kids. They participated in three sports each evening to get an idea of what we offer at Midd-West. It was well attended and we had great feedback.

“It will of course take a few years to see if it has been effective and getting kids to participate. We still have quite a few multi-sport athletes, but the number of three-sport athletes is decreasing.

Both Solomon and Mertz pointed to the importance of not just sports but all extra-curricular activities as a crucial part of the student experience, things that were lost during COVID.

“Being a product of high school and college athletics, I think all extra-curricular activities — music, drama, FFA — are an extremely important part of the school experience,” Solomon said. “It gives students an identity, purpose and outlet other than just academics. You learn how to be a leader, work with others, take responsibility, manage your time, learn how to deal with failure, and so much more. There are a number of kids who need athletics and other extracurriculars to keep them on track, with usually a coach or an advisor as a mentor.”

“It’s needed. Kids need the outlet,” Mertz said. “The social interaction, the physical aspect of it, eating right, being with friends, all of that. It kind of hit us in the face with COVID and the kids were really struggling not having that outlet, not having the opportunity to compete.

“That goes with all extracurriculars. They are such an extension of the classroom and such an important part of the entire education we get.”