HARRISBURG — Of all of the concerns facing school districts, one of the most nettlesome and potentially costly problems is what to do about busing as they try to limit the number of students arriving at one time and provide as much space as possible between riders. 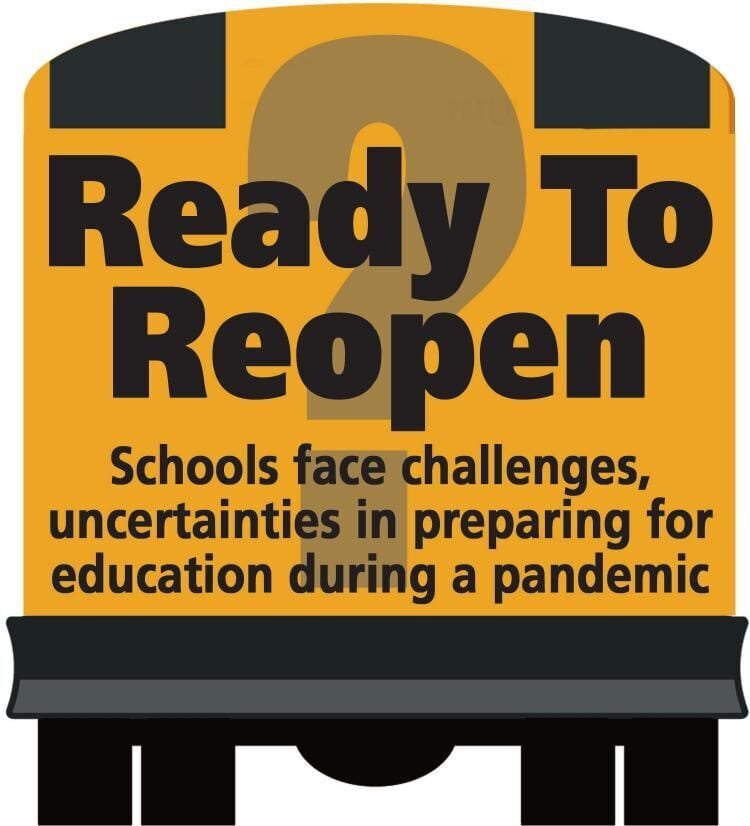 The U.S. Centers for Disease and Control and Prevention’s (CDC) guidelines indicate that schools should look to limit school bus riders to one per seat while skipping a seat to provide additional space.

New state guidelines released Thursday are far less restrictive, advising schools to: “minimize the number of people on the bus at one time within reason and to the greatest extent possible.”

The state’s guidelines do call for the bus driver and students to wear face coverings.

Bus operators had felt that the CDC guidelines were probably unworkable and believed that because of the high-back seats on buses, there’s no need to skip seats, Denille Girardat-Myers, president of the Pennsylvania School Bus Association said.

As school districts look to limit the number of kids on each bus, it will be difficult to quickly add bus routes, state officials said.

Auditor General Eugene DePasquale said that the struggle to address busing is one of the most significant unresolved issues facing schools.

“If we’re going to have more physical distancing, which is clearly going to happen, the cost is going to be huge because you’re going to double the number of buses you need and the schools won’t be able to purchase more buses in time,” DePasquale said. “I don’t think this is something everyone has come to grips with.”

The pressure to add bus routes comes as school districts and their busing contractors had already been struggling to find enough drivers.

Even before the pandemic hit, 62 percent of school districts reported at least moderate problems finding enough bus drivers and 24 percent said they had “severe” or “desperate” problems finding bus drivers, according to a survey School Bus Fleet magazine, a trade publication.

Those struggles complicate efforts to figure out how to stagger student arrival at school, said Hannah Barrick, assistant executive director of the Pennsylvania Association of School Business Officials.

Without even adding drivers, with many bus drivers being retirees who may be concerned about exposure to COVID-19, there are concerns that busing contractors will be able to retain their drivers, she said.

“They are hoping they can keep the drivers they have,” Barrick said. “Transportation is going to be really, really hard.”

Girardat-Myers said that concerns about retaining drivers concerned about coronavirus seem most intense in the southeastern part of the state where COVIID-19 hit hardest.

“Our drivers are excited about seeing the kids,” she said.

Girardat-Myers said one of the factors that should be taken into consideration is that while school buses will require students to be in a group, measures can be taken to make riding to school safer.

“We’ve got the best ventilation,” she said. Buses will be cleaned after each run, she said.

“Our name is on the side of the bus. The bus is going to be sanitized,” she said.

Other measures that will be taken to make riding the bus safer are inexpensive and not difficult to accomplish, she said.

Those include assigning seats so that students are spread out as much as possible and having the students’ seat assignment dictated by when they board the bus on the route.

One solution would be to have the first kids on the bus route sit in the back so students don’t have to walk past seated peers while going down the aisle, she said.

The state is also suggesting that districts add more bus stops so fewer student congregate while waiting for the bus and that students be assigned seats so they if they share seats, they have the same seat-mates every day.

One problem that bus drivers will be glad they may not have to deal with is screening students before they board.

New state guidelines for reopening schools indicate that schools can count on parents to temperature screen their children before sending them to school.

There have been some suggestions that the bus drivers would temperature screen students or school nurses would ride the bus to check students’ temperatures before they board and spend 30 minutes or more on the bus with their peers.

Busing contractors had lobbied against that becoming the recommended practice, Girardat-Myers said.

“What happens when a kid is trying to get on the bus and the parents aren’t home?”