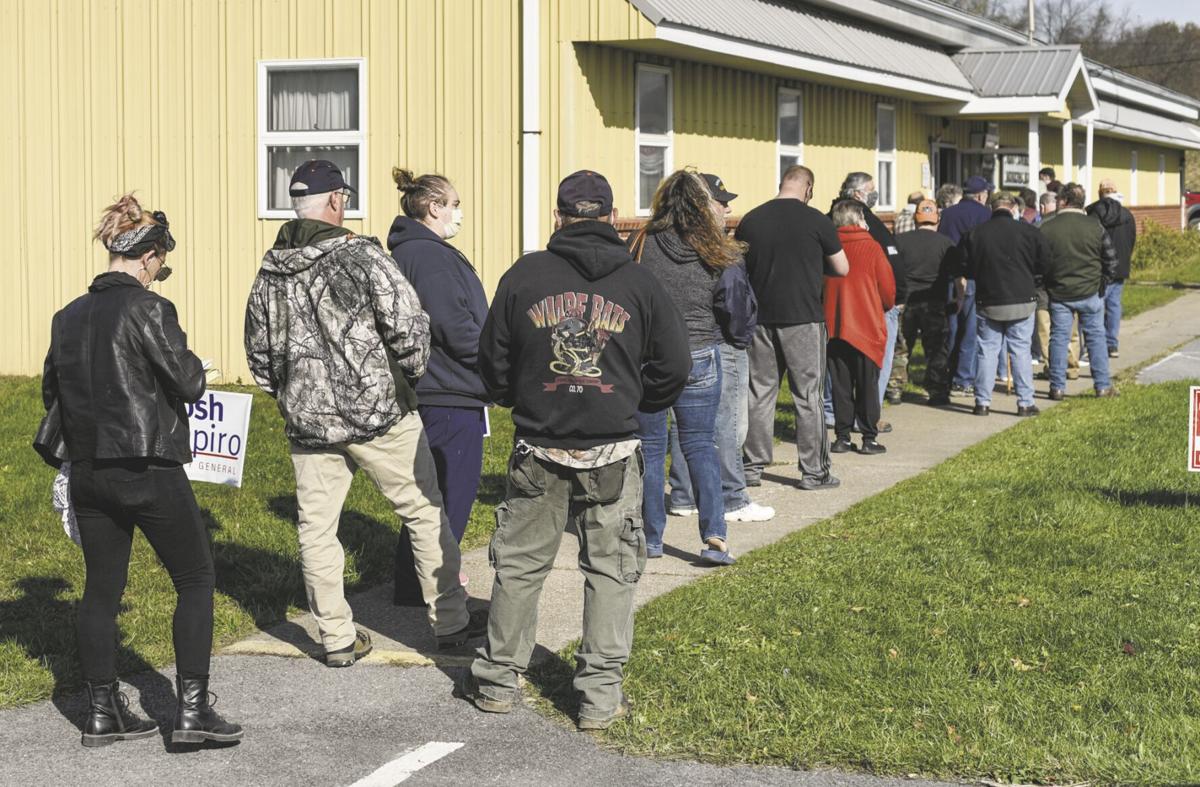 Robert Inglis/The Daily Item A line of voters outside the Point Township municipal building waiting to vote on Tuesday afternoon. 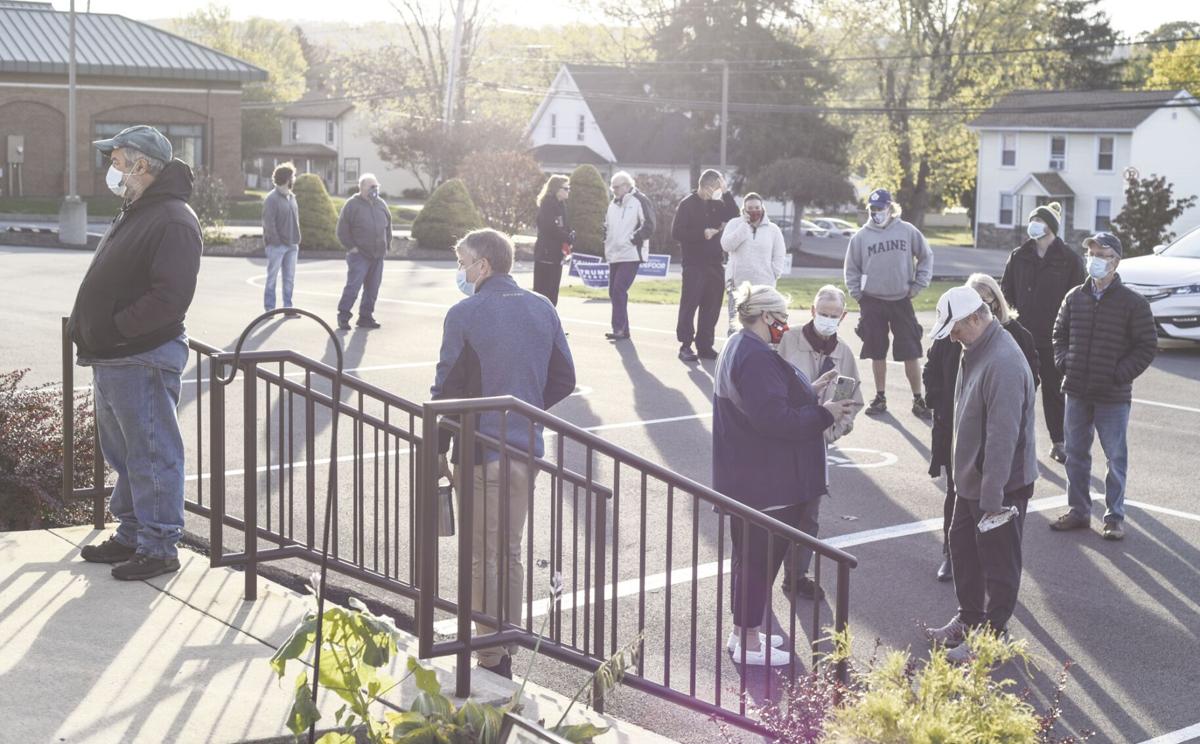 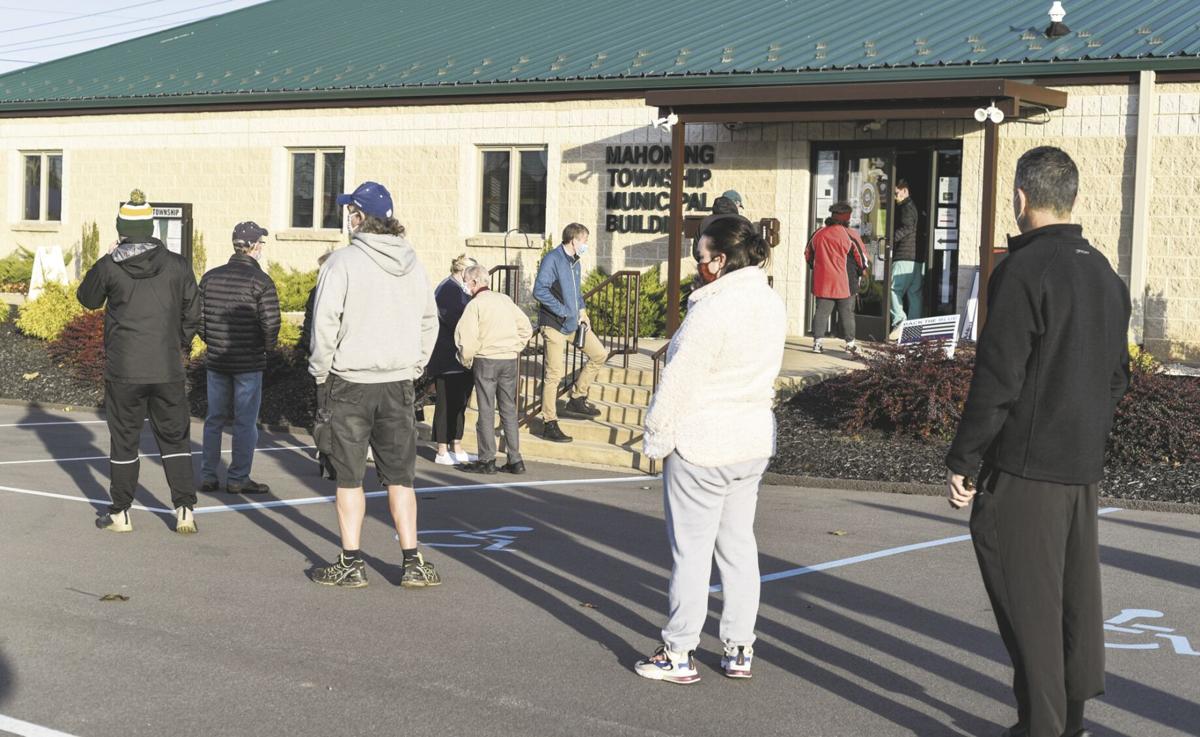 Robert Inglis/The Daily Item A line of voters outside the Point Township municipal building waiting to vote on Tuesday afternoon.

Follow updates from Daily Item staffers throughout the day today.

3:25 pm: Poll workers at the East Ends in Sunbury's 4th Ward, ran out of paper ballots for the voting machines for nearly 15 minutes and had to have voters wait, or come back to cast their votes.

Northumberland County Election Chief Registrar Nathan Savidge said a few of the polling stations have run out of the paper ballots for the machines in some locations, including Turbotville, Milton and Sunbury.

"We’ve been delivering more all day," said Savidge. "The turnout is crazy high. It’s higher than what we expected. We have spares to give, but we’ve been running them all day. Everyone is getting the chance to vote."

Savidge said the county has runners and office staff who have been running around all day since before the polls opened to deal with issues: technical issues in the early morning, paper jams throughout the day.

Election officer Joni Koch said the machines keep jamming and every almost every voter, she has to take out a ballot box, bang on it, and get the papers to come ou

"We are doing the best we can," she said. "We are seeing so many voters and the paper is getting stuck."

Northumberland County Commissioner Sam Schiccatano said he has been made aware of the issue, and that it is a mechanical issue with the machine and has nothing to do with ballot counting.

"We are well aware of this and the workers at the polls are doing an excellent job keeping up," he said. "This is a mechanical issue and we what is happening is we are seeing such an increase in people coming to vote that the paper if it isn't entered correctly or even off a little bit is getting jammed."

At around 3 p.m. the East Ends, on Catawissa Avenue, has seen 270 voters, almost double what they usually see, Koch said.

One voter, Tom Krieger, said he arrived to vote while taking a break from work to and he couldn't because there were no paper ballots for the machines.

"That is just something you would think should not happen," he said. "Now I have to come back because I can't just sit around and wait."

Krieger said he would return to cast his votes.

"We've had issues, but they're good. We're just trying to keep the lines moving," said Savidge.

2:30 p.m.: At today's Union County Commissioners' meeting, commissioners said they will allow voters who sent in naked ballots the opportunity to cast a provisional ballot today at their polling station.

2:25 p.m.: Election officials in Snyder County are reporting that the high-speed scanner is now operating and scanning more than 4,000 absentee and mail-in ballots in the county.

There is a long line at the polling location at the Penn Valley Airport but shorter lines are the two Selinsgrove borough precincts. Voters are waiting as long as 40 minutes at the airport.

1 p.m.: Northumberland County Commissioner Joe Klebon said he was the 100th person to vote today at the Ralpho Township Fire Department. Klebon said it is a small precinct, so he said he didn't wait long. He also visited polling stations in Shamokin, Rockefeller Township, and Sunbury.

"Some of the lines are really long in Ralpho Township," said Klebon. "The lines are out the door, across the parking lot. People are parking across the street. The turnout, I've never seen anything like it."

He stopped in at the election office in Sunbury to watch from behind glass the scanning process for mail-in ballots. He said he's headed to the upper part of the county later. "It'll be a long day," he said.

There was a long line of voters waiting outside before 7 a.m. Lines snaked out of the main voting area (where there are four machines), with voters patiently waiting in line.

At about 9:45 there was a problem with one of the machines, Biddle said, “but it was fixed within 10 minutes, and people in line didn’t seem to mind the extra wait.”

Both wards in Watsontown had to vote at the Lutheran Church, on Main Street.

“I thought things might ease up after the morning rush,” Biddle said, “but I’m not so sure it will.”

11:15 a.m.: Snyder County election officials are working through some glitches with their high-speed scanner.

The machine, needed to count 4,341 mail-in ballots, is not working and officials have called in technical services to help.

11:10 a.m.: Jeff Reber, Union County commissioner, said he was 25th in line at his voting precinct, West Buffalo in Mifflinburg, at 6:40 a.m. today. When the doors opened, he said there were 58 voters in line.

9:10 a.m.: One precinct in Point Township and three in the Coal Region were delayed in opening this morning after pollworkers had trouble with accessing the new machines, according to Northumberland County Election Office Chief Registrar Nathan Savidge.

The pollworkers had issues with getting their election code to work in order to start up the new machines at 7 a.m. when polls opened. Savidge said IT and tech support arrived on scene to troubleshoot the machines and they have been up and working since approximately 8 a.m.

This story was produced with the help of tips reported through ProPublica's Electionland project. If you experience or witness a problem voting, please let us know.