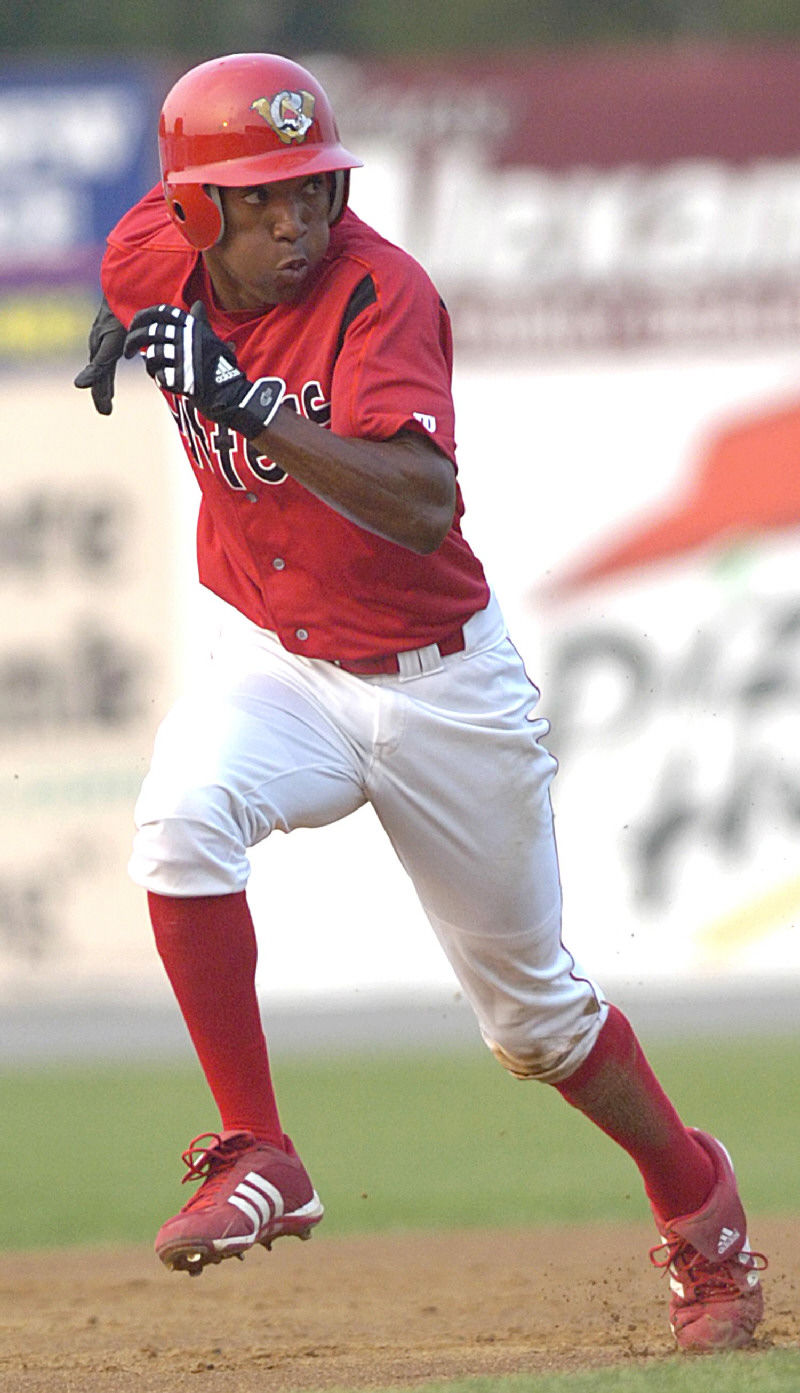 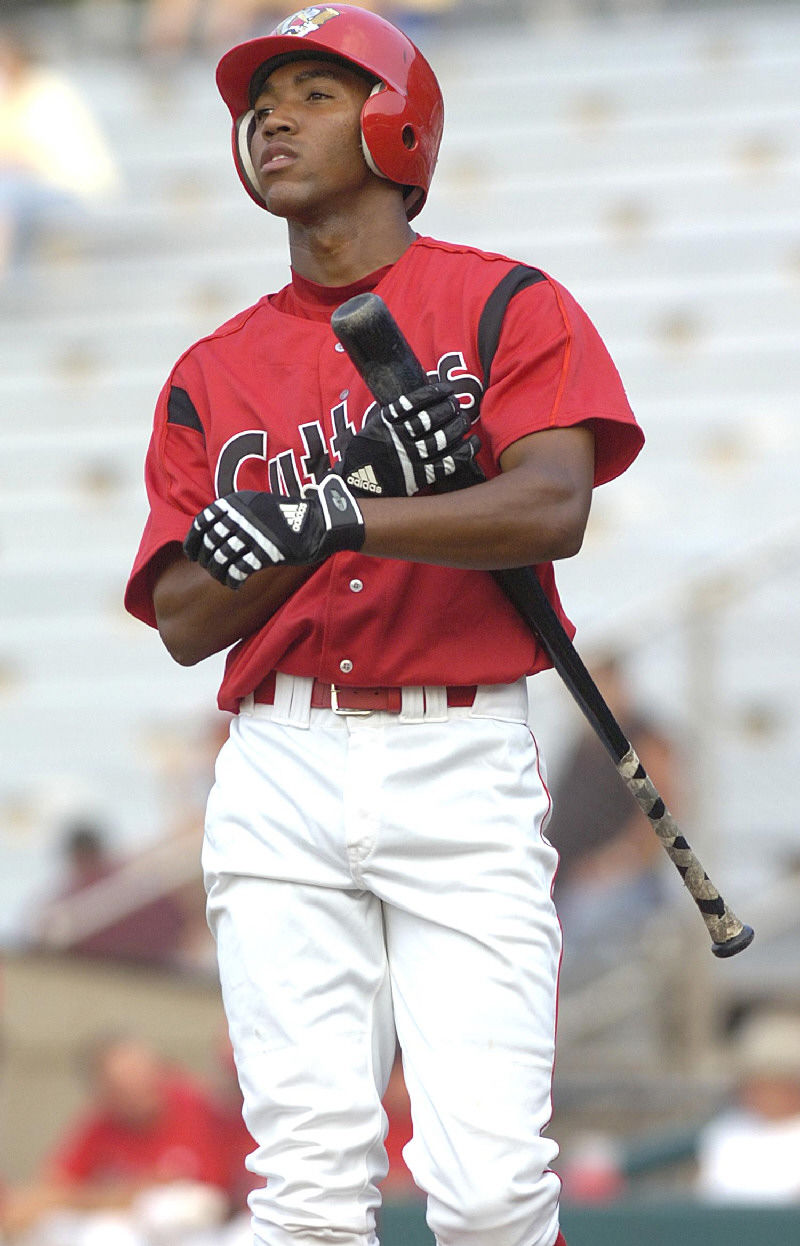 D'Arby Myers comes to the plate Tuesday evening against Jamestown

D'Arby Myers comes to the plate Tuesday evening against Jamestown

WILLIAMSPORT -- Williamsport Crosscutters lead off hitter D'Arby Myers has always been a precocious baseball player. He first started playing in a six-year-old league when he was three. "I played organized baseball since I was three. My mom told everybody that I was six when I was three so I could play," said Myers, who also hit a homer at Minute Maid Park in Houston during a tournament when he was 13. "She just told everyone that I was a young six." That continues currently, as when Myers dons his uniform, he's one of the youngest players in the New-York Penn League. Myers, a fourth-round pick in the 2006 Major League Draft, won't turn 19 until Dec. 9. Myers' approach to his career though, belies his age. "Everybody needs a goal to get them focused. They flew us into Philadelphia after we were drafted to show us how everything was like in the major leagues. They let us take batting practice at Citizen's Bank Park," Myers said. "They showed us the locker room. They showed us what it was like on-and-off the field in the major leagues. I got a chance to see that and that made me even more focused to get to the major leagues." That's not the say that the trip to Philadelphia was a turning point in Myers' life. The native of Los Angeles, Calif., has always had his priorities straight, thanks to his mother, Rita. "I don't want to say I wasn't focused before that. My mom always made sure I was focused. It was always homework first, then sports," Myers said. "My family has always told me to take advantage of what I had." Myers carried a 4.0 grade point average at Westchester High School in L.A., scored 1,300 on his SATs and had a scholarship to play at USC before deciding to sign with the Phillies. Myers is also a success story for Major League Baseball's Reviving Baseball in the Innercities program. That's where Myers was first exposed to high-level baseball. "I was playing against guys that were 26 and against semi-pro teams," Myers said. "That was the first high-level baseball I had ever played when I was 13. It was the first time I saw a 90 mile-per hour fastball. We played against guys like Delmon Young and the top prospects in the Southern California." It also introduced him to one of his mentors, RBI coach Ellis Williams, a scout for the Detroit Tigers. "Coach Williams was always there for me and he really helped me focus on my goals as well," Myers said. "He helped me with everything on the field and off the field. I still think back to things he's told me, even right now." Myers has started all seven games this season for the Crosscutters. He's hitting .310 this season with a team-high seven runs scored. Myers has cooled down a bit though, since starting the season 6-of-7.