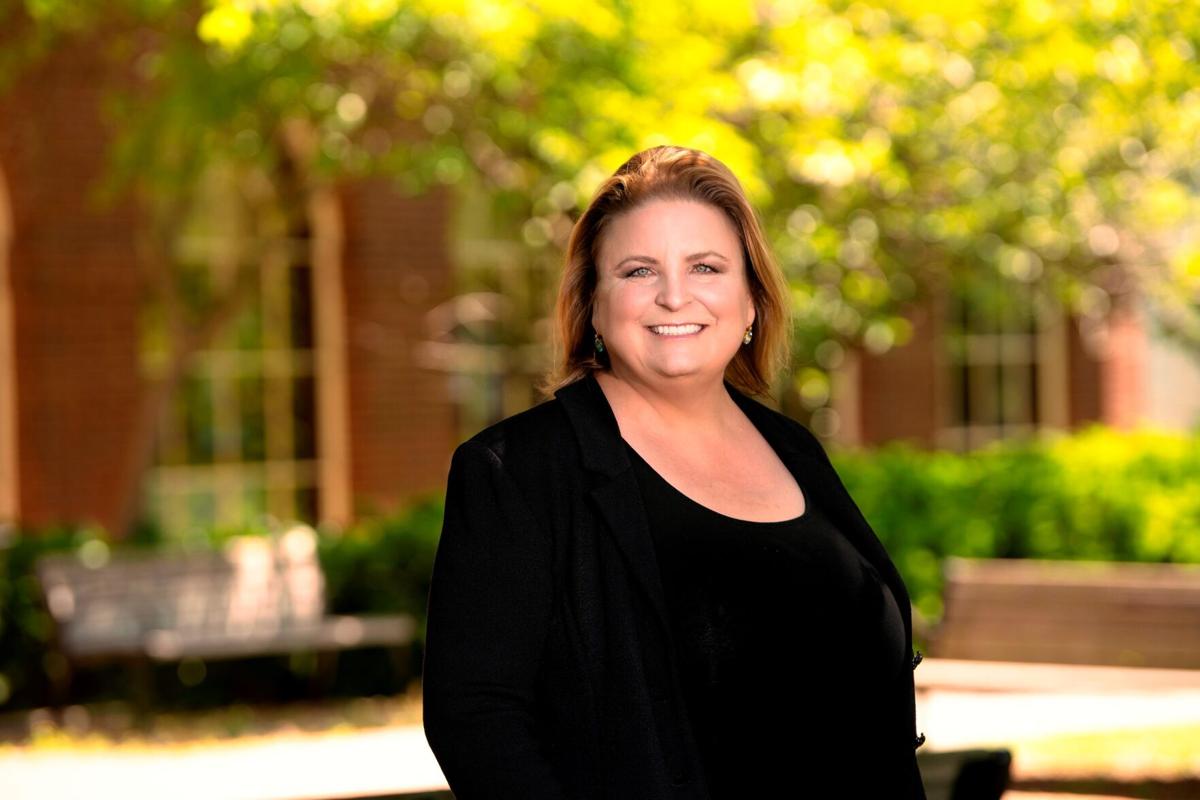 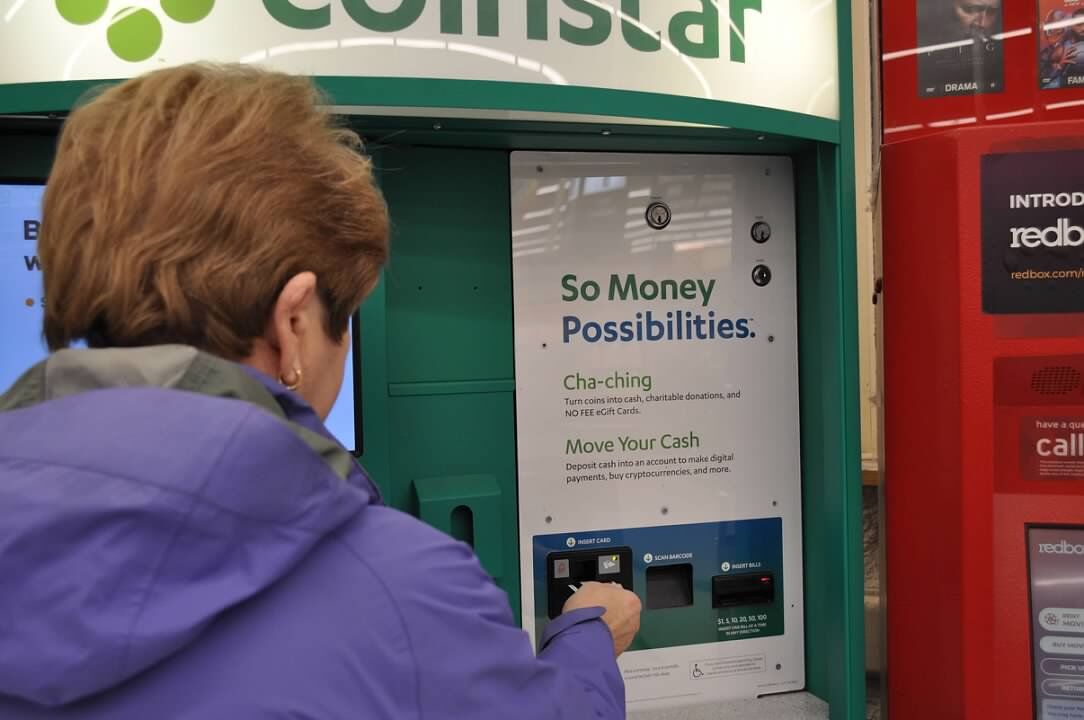 Julie Mensch for Inside Pennsylvania

The Valley boasts multiple location for Bitcoin ATMs, including one at the GIANT supermarket on Church Street in Danville.

Julie Mensch for Inside Pennsylvania

The Valley boasts multiple location for Bitcoin ATMs, including one at the GIANT supermarket on Church Street in Danville.

By most financial metrics, 2021 was an astonishingly successful year for Bitcoin. Inside Pa. spoke with Bucknell University Freeman College of Management Professor Karen McGrath about what Bitcoin is, its impact and its future.

QUESTION: What is Bitcoin?

ANSWER: Bitcoin is a unit of digital currency. It doesn’t have any physical representation; it is all electronic.

QUESTION: Where did Bitcoin originate?

ANSWER: The foundations for cryptocurrency were laid in the early 1980s, but in 2008 the name Satoshi Nakamoto first appeared. Although Nakamoto is now considered the "father" of cryptocurrency, his identity is an ongoing mystery. As the author of the paper, "Bitcoin: A Peer-to-Peer Electronic Cash System," he outlined exactly how Bitcoin, as a cryptocurrency, would work. Then, in early 2009 and with code attributed primarily to Nakamoto, Bitcoin was launched at a value of $0.0008 per Bitcoin.

Interestingly, no one actually knows who is behind the pseudonym, Satoshi Nakamoto. Is it a person? Is it a group of people? Even the claim that the entity is Japanese is subject to doubt. Although there are a few suspects, and even more have claimants, only the holder of the key to Nakamoto’s wallets can prove ownership of that moniker. Nakamoto’s wallets contain about one million Bitcoins which at the time of this writing are worth nearly $50 billion.

ANSWER: Yes. Cryptocurrency is the term for any cryptology-based, digitally-traded asset that uses a decentralized verification and recording system, with Bitcoin widely considered to be the first in existence.

QUESTION: If Bitcoin is a form of currency, is it like owning gold?

ANSWER: Gold is a tangible asset, meaning it has a physical form. “Currency” is simply something that has value because people assign it a value. The paper that a $100 bill is printed on is not worth $100. It’s worth $100 because the U.S. government says that it’s worth $100. That’s the same for Bitcoin. It has no specific assets to back it, like gold, and it doesn’t have the backing of the government, like cash. Its value is literally derived through the worth that buyers and sellers attribute to it at any given time.

QUESTION: How do you buy Bitcoin?

ANSWER: You can buy Bitcoin on a cryptocurrency exchange such as Coinbase. Some stock trading platforms, like Robinhood, now offer access to Bitcoin and other cryptocurrencies. After you set up your Bitcoin “wallet,” you can buy it at a Bitcoin ATM. There are about 10 in area.

ANSWER: Other than being declared illegal in Nepal and Algeria and a handful of other countries that ban Bitcoin transactions, Bitcoin is completely legal to own and transact globally.

QUESTION: Is there an unlimited amount of Bitcoins?

ANSWER: The total number of Bitcoins is capped at 21 million, and of that amount, more than 18 million are currently in circulation.

QUESTION: Are there different types of cryptocurrency?

ANSWER: Yes, in fact there are over 10,000 publicly traded cryptocurrencies and roughly 2,000 reported failed cryptocurrencies. Some, like Ethereum, are very well known and differ from Bitcoin in how validating transactions are rewarded.

QUESTION: Is the identity of Bitcoin owners truly anonymous?

ANSWER: If we are realistic, most people are buying Bitcoin on an exchange which will require the individual to set up an account using verifiable personal information so your account is not anonymous. You can, however, also buy Bitcoin from a Bitcoin ATM with cash if you prefer to go the more unidentifiable route. Bitcoin is a form of currency similar to cash in that both can be anonymous. Bitcoin just lets you do it electronically so that you’re not carrying around those bulky bundles of Benjamins.

QUESTION: Is it true that Bitcoin's value can change from day to day?

ANSWER: Absolutely. In fact, it changes continuously as the cryptocurrency exchanges operate 24/7. Thus, Bitcoin prices constantly reflect the market of buyers and sellers at that time.

QUESTION: If Bitcoin transactions don't involve a bank, so what secures the transactions?

ANSWER: This is the beauty of Bitcoin for many of its fans: the security. There’s no bank to get hacked or mess up your account with a computer glitch. The user's wallet generates a digital address. This address consists of an asymmetric key pair, or two keys, one public and one private. The public key is not unlike your bank account number, and the private key is the pin that you use to access your account. Even though someone has your bank account number, they can’t actually access your account without that pin. And that digital address is what directs your payment. This is similar to person-to-person payment apps such as Venmo where you direct payment to someone’s account. Unlike Venmo, these addresses are generated through cryptology and are nearly impossible to hack.

Once the transaction is completed, it is time stamped and sent out to Bitcoin’s estimated 12,000 or so “nodes,” or computers, that are linked to the system. The nodes then validate the transaction, with the incentive of potentially earning Bitcoin as payment, and it is bundled together with other validated transactions until a “block” is filled. That block is then locked, stamped with a unique identifier, and linked to the last block of information, all in a continuous process.

Some companies like Microsoft are accepting Bitcoin as payment, but how is it possible to pay in Bitcoin if the value fluctuates so often?

Yes, there are a few major companies that accept Bitcoin as payment, and more that team with exchanges to allow for payment through an account. Bitcoin was envisioned as a peer-to-peer cash system, though now it is most typically considered an investment. The fact that it is not backed by an asset or government makes it much more volatile, indeed an estimated 10 times more volatile, than the major currency exchanges. However, paying in Bitcoin is essentially the same as paying with a foreign currency. If you go to an ATM in Paris to get 100 Euros, the bank will exchange USD to the value of 100 Euros. If you go to a Bitcoin ATM and remove $100, the ATM will remove $100 worth of Bitcoin from your wallet at a set price. This price, similar to a currency exchange, is likely to be at a less competitive price than you might get from an exchange, and the fees can be hefty.

When paying Microsoft, you are actually redeeming Bitcoins into your USD-based Microsoft account, which can then be used as payment. When you select the dollar amount that you want to deposit, Microsoft will tell you how many Bitcoins correspond to that dollar amount (essentially telling you the rate), and you then have 15 minutes to complete the transaction at that rate.

QUESTION: Is Bitcoin here to stay?

ANSWER: This has been an evolving perspective over time for me. I remember when you could mine for Bitcoin from your home computer.

I may have some on a now defunct computer somewhere, the access key long forgotten. Back then it was a novelty; maybe it still is.

Do I think that Bitcoin is going away? No. Do I think it’s viable as a widely adopted payment option for developed countries? Not at the moment, and maybe not at all. But how do you value something when the only value that it has is how much someone wants to pay for it? It’s extremely volatile, which makes trading in it exciting, if not always profitable.

It might be here to stay, increasing in price as it becomes more scarce and desirable, or it just might be the ultimate meme currency. So, while I may own a minuscule fraction of a coin, it’s definitely not something I’m willing to bet my 401k on.