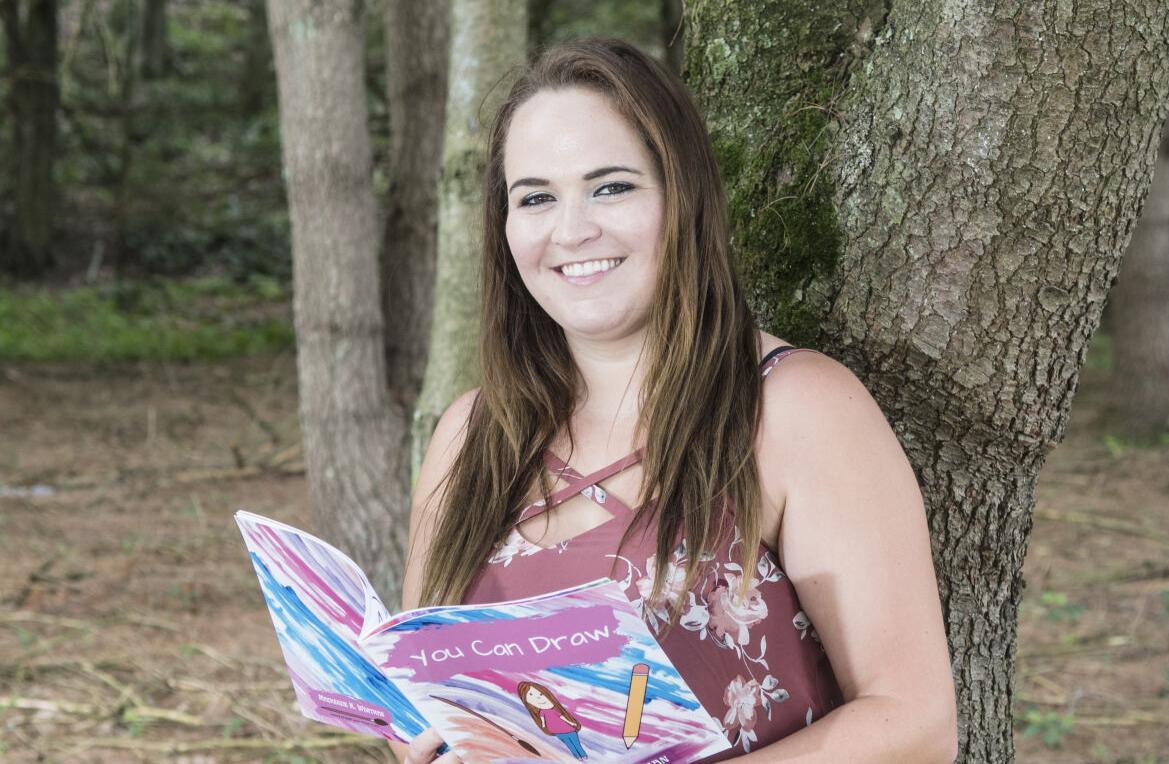 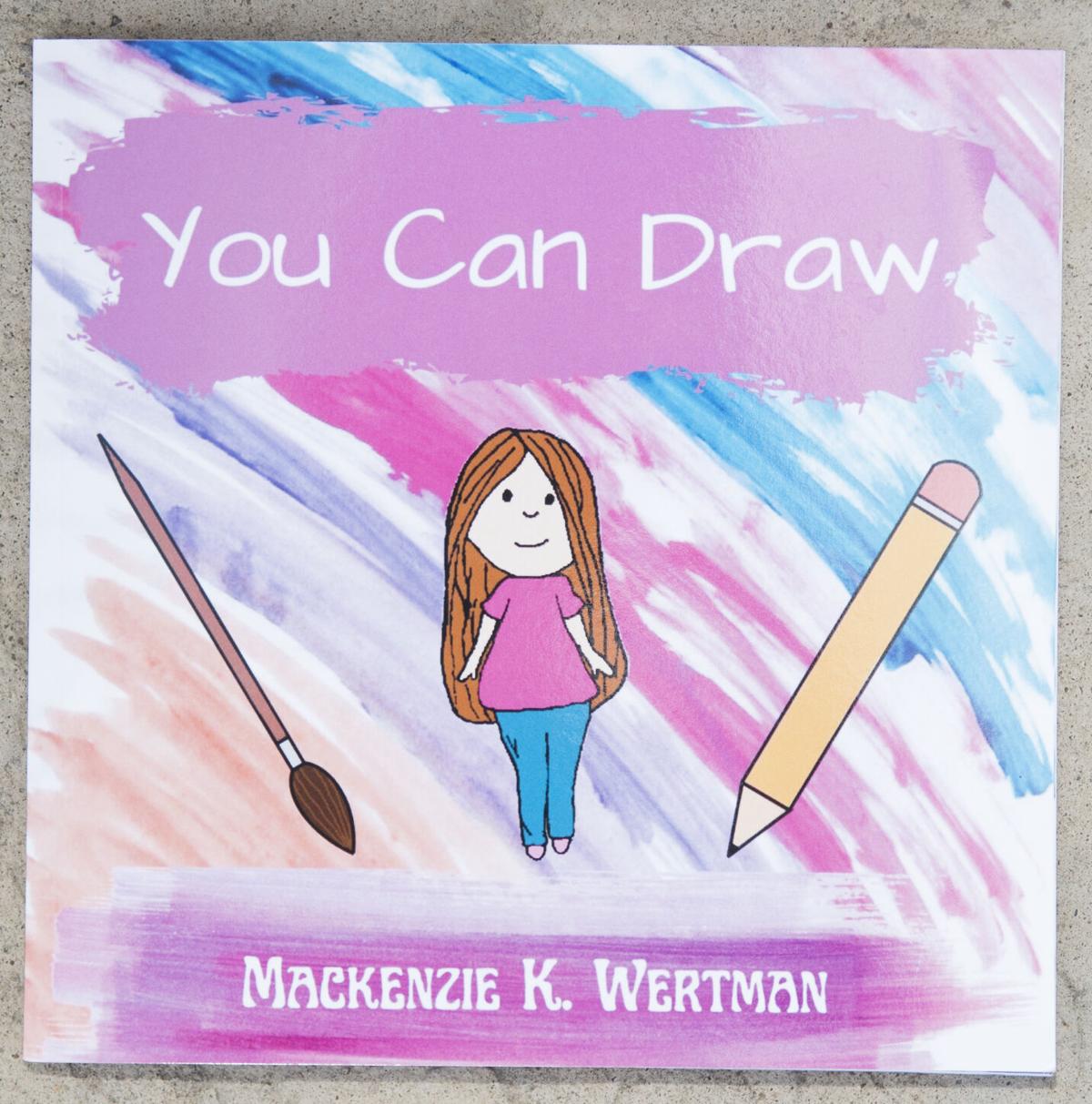 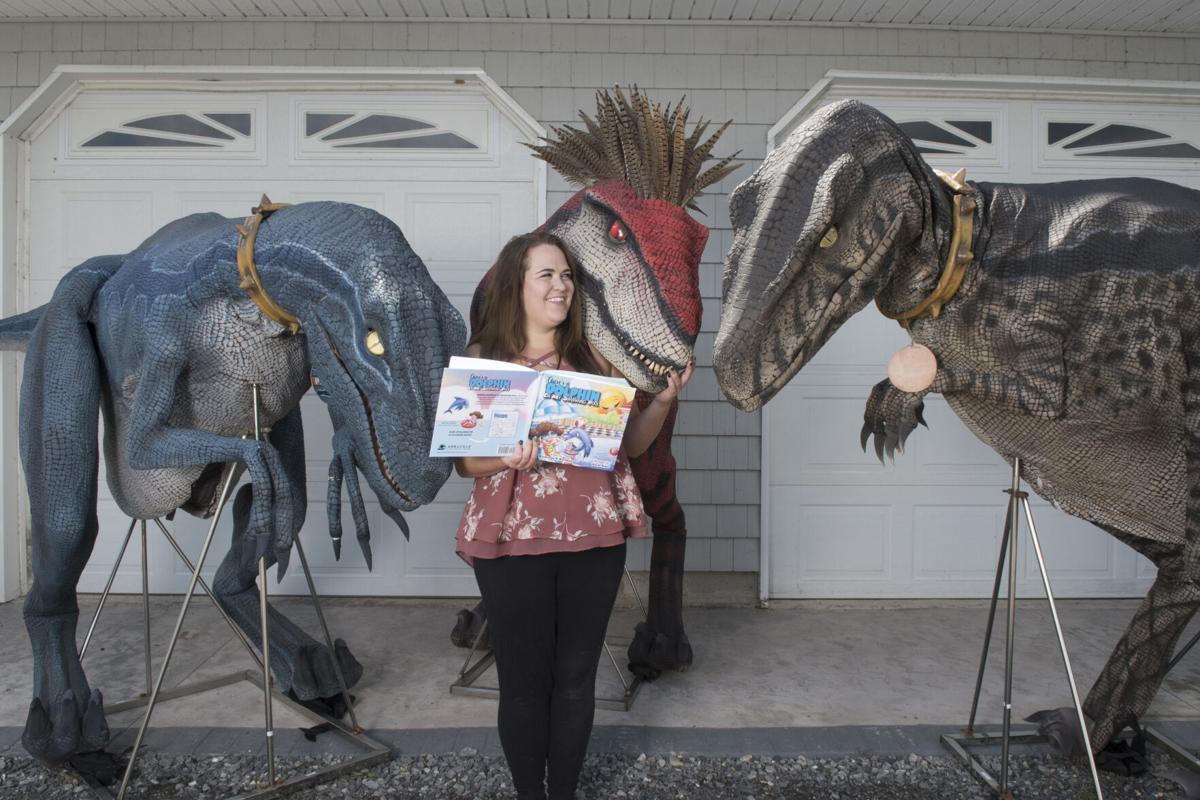 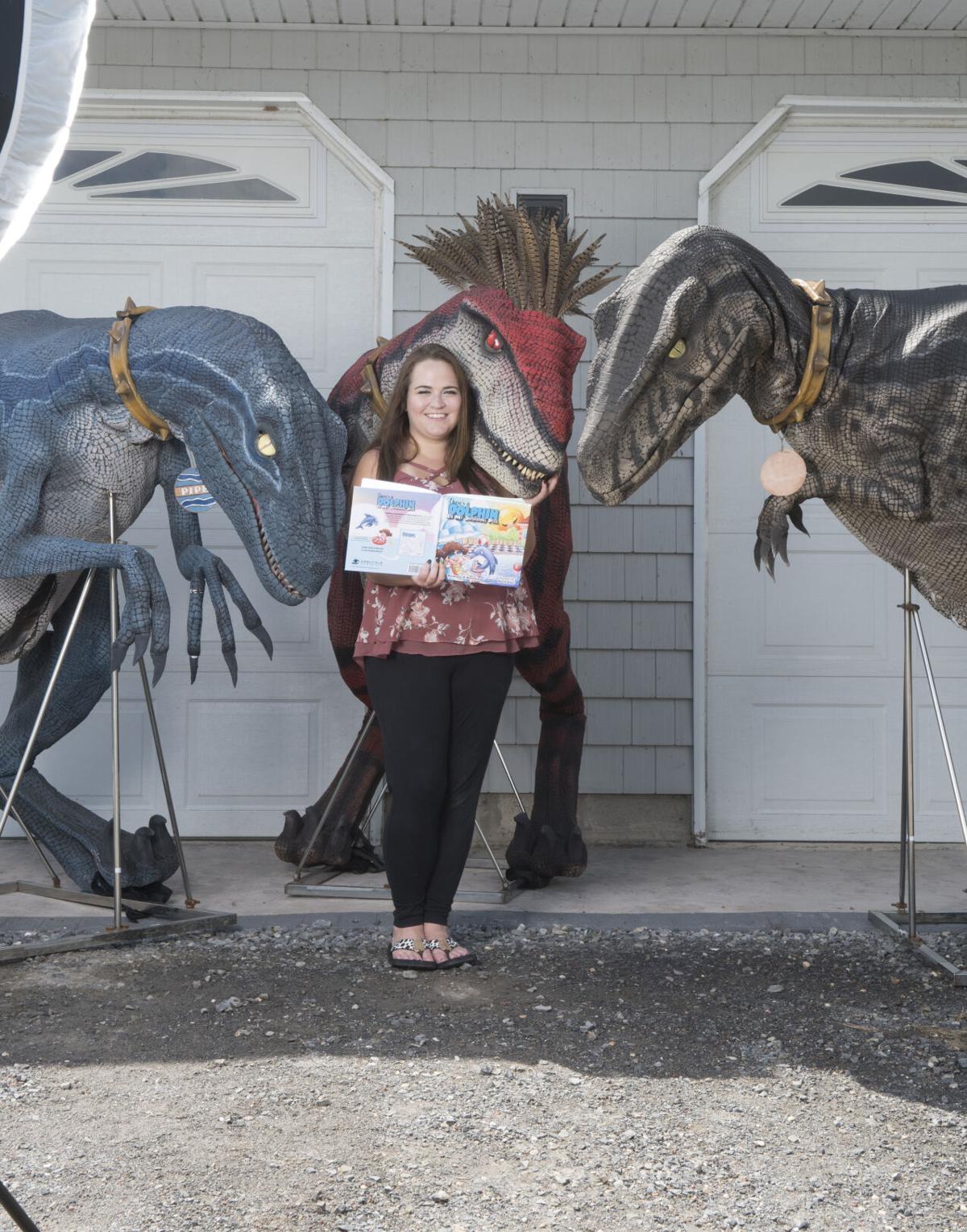 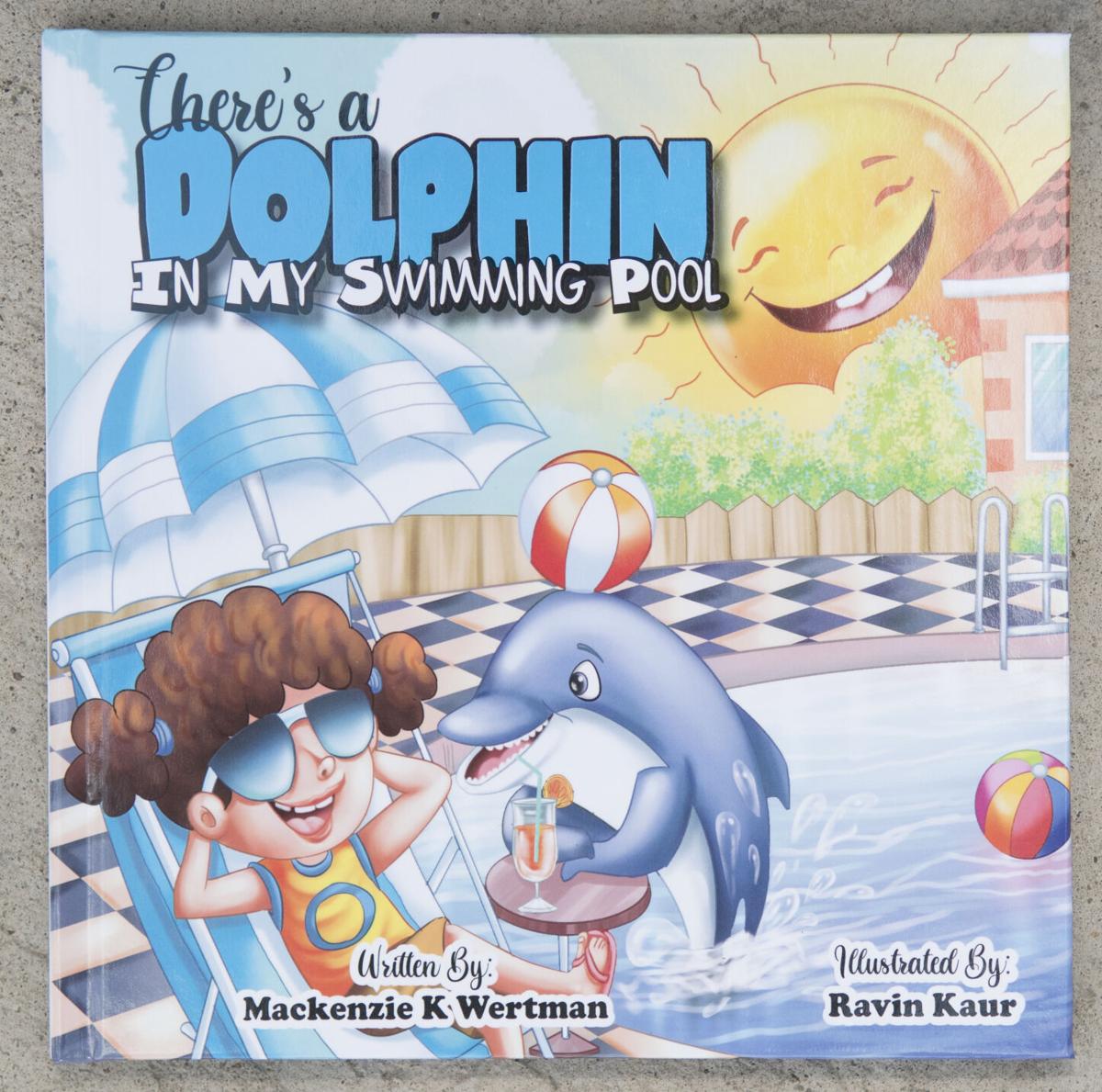 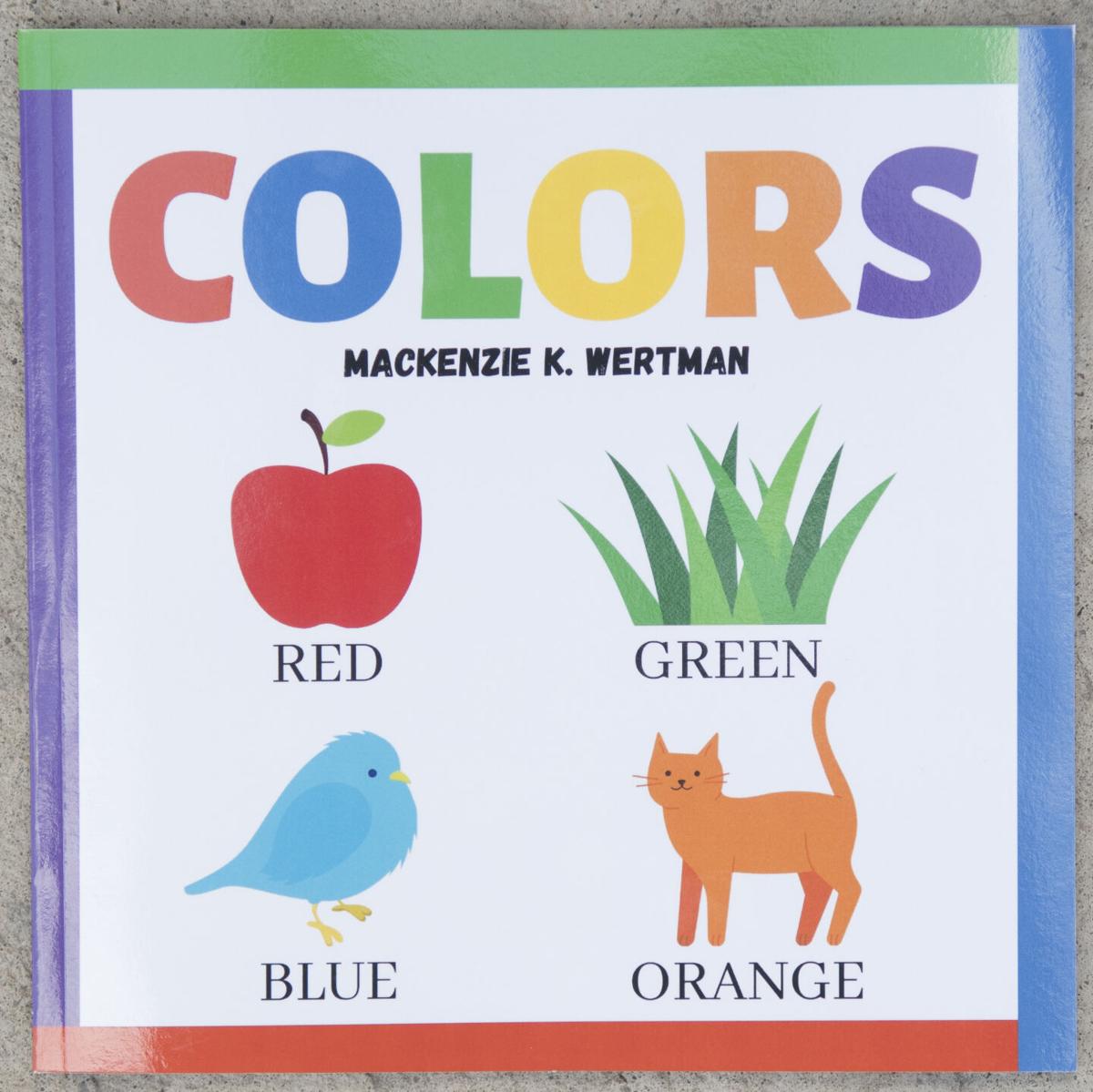 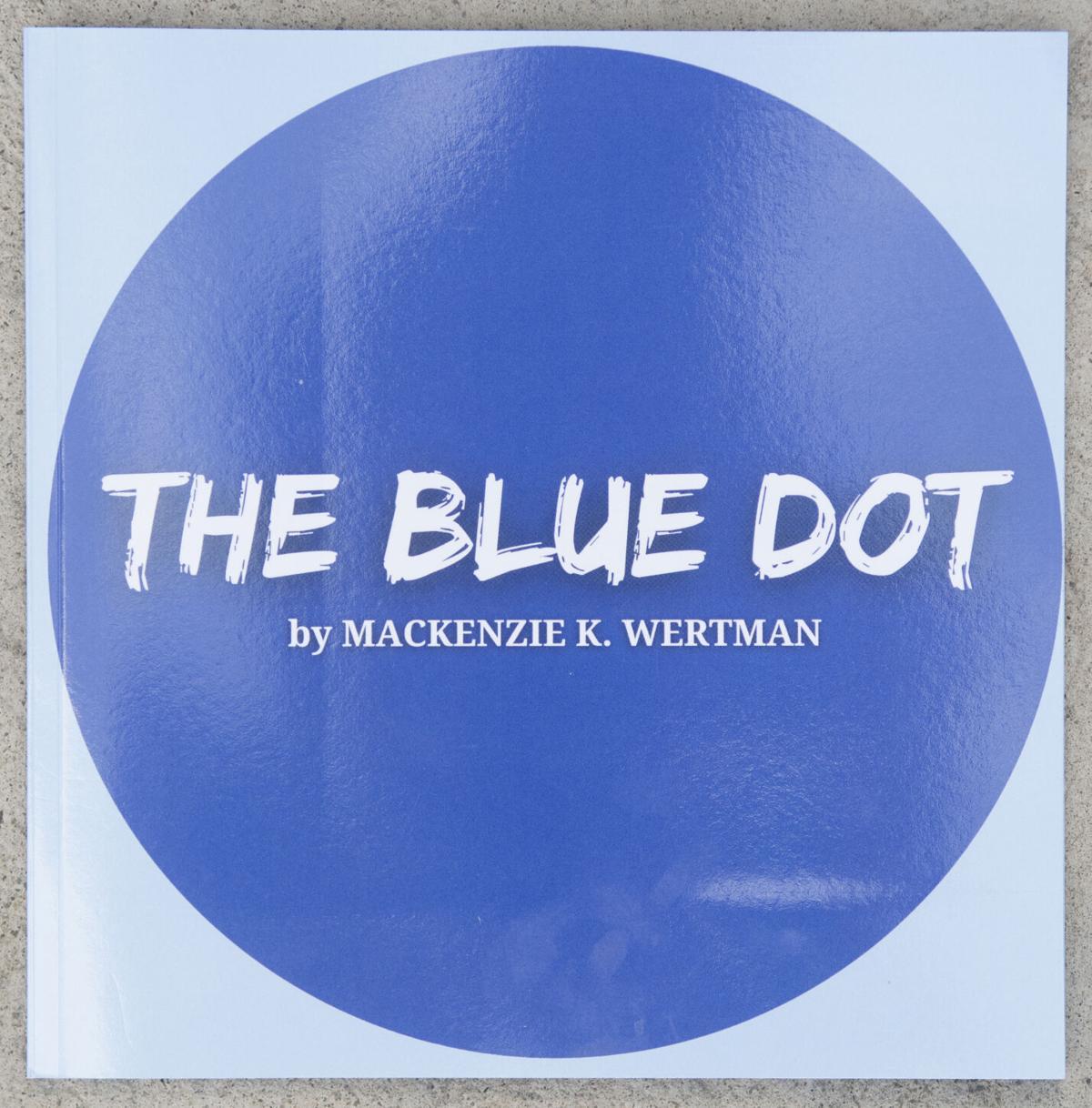 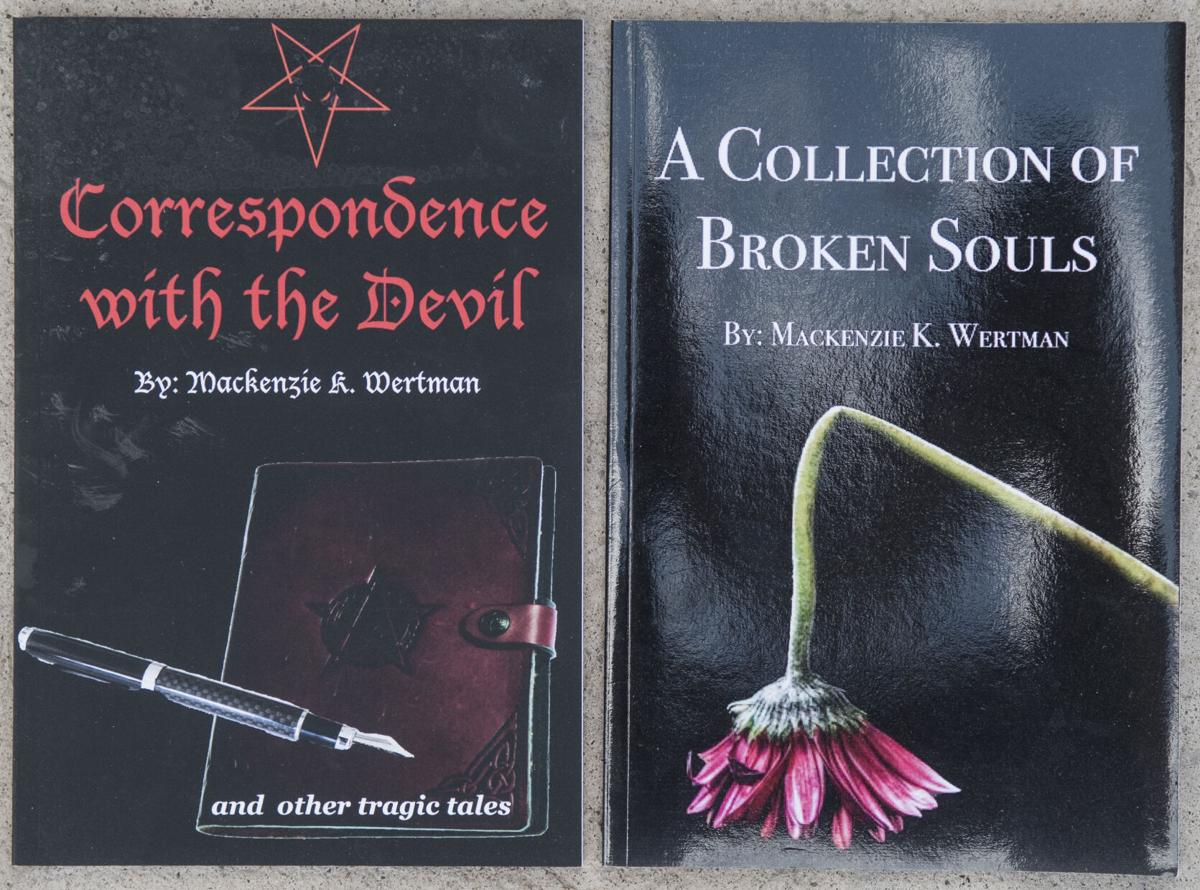 Many children grow up with fantastical dreams and imaginary friends.

Few, however, remember much about them as they move into adulthood. Danville author, screenwriter and entrepreneur Mackenzie K. Wertman, 24, is an exception.

She vividly remembers her dreams and friends, so Wertman brings them to life, so to speak, on the pages of her new children’s book. “There’s a Dolphin in My Swimming Pool,” was published in July, and is based on Wertman’s childhood friend, Sandy, an inflatable dolphin she played with in her family’s swimming pool.

The adventures of a little girl and her dolphin friend are the subject of her book which encourages kids to be creative and have fun.

“I feel like so many kids get that knocked out of them,” she said. “I don’t want kids to lose that.” Wertman’s upcoming children’s book,

“The Zebra of Many Colors,” was a way for Wertman to live out a childhood dream.

“I always wanted a rainbow zebra,” she said with a laugh. Also an animal lover — she has nine cats and a dog — Wertman said 99 percent of her children’s writing projects are centered on animals.

“I have loved animals since I was crawling,” she said. “If I could have a zoo here, I would. An imaginary zoo in children’s books is the best I can do,” she laughed.

Growing up, she always wanted to be a veterinarian, but, while participating in a co-op vet clinic during high school, she realized the career wasn’t a fit for her.

In fact, when she thought of doing anything other than writing, she could only think about how much she would miss it.

Then she realized, “I have this imagination that hasn’t left me,” she said.

“If I go somewhere else, I will lose it.”

A timely summer trip to visit her cousins in Los Angeles, where she saw lots of movie props and actors, fueled her desire to write even more. Late in her senior year of high school, Wertman decided to officially pursue writing and screenwriting.

Following graduation in 2015, she attended Bloomsburg University for creative writing. Then she took a year off for an internship in Los Angeles where she worked in an entertainment office reading scripts, meeting with actors and actresses, and even working on movie sets.

She then attended Full Sail University in Orlando and completed a highly accelerated program in “Creative Writing for Entertainment,” graduating in 2019.

Since then, there has been no stopping her.

In addition to her children’s books, she recently contracted with Silverline Comics, in Orlando, for her new fantasy adventure comic book series, “Knight Rise.”

Four issues will officially hit the shelves in 2022. Her characters will be introduced in a special Christmas publication later this year.

“I’m really excited about it,” she said. “It’s really going to be something special. Our hopes are that the four issues are taken well, so we can continue with the storyline and characters.”

Wertman has also completed a number of screenplays that she said were being considered by producers in Los Angeles and West Hollywood when COVID hit.

“It’s tough when you are in the room, sitting down with agents, producers, studios, and are told people are interested in these works,” she said.

“Then the industry shut down.” Her hope is that things will open up soon and there will be a studio to commit to her scripts.

Wertman’s screenplays are very diverse and include animation, horror, romance, drama and comedy. The wide variety is much like the books she has written, from children’s books to a young adult novels to adult romance. She also recently worked on a short animation film titled “Co-kee!” that was released this past summer.

Not only has the variety of her work met her need to be creative, she said she has tried her hand at a lot of things “to see what sticks.”

To her amazement, she said, “I’m expecting something not to stick, and everything I’m throwing right now is sticking.”

Wertman writes her children’s books leaving lots of room for reader response, and she also likes to put a personal message in the storyline.

For example, “The Zebra of Many Colors” encourages kids to be true to themselves and embrace their differences.

“Uniqueness is what makes people great,” she said. In fact, her personal messages to young readers are things.

“I wish somebody would have told me.” Wertman’s mom, Charlotte, said her daughter had an “over the top” imagination as a child.

She jokes that, sometimes, she and her husband wondered if she was okay.

“We knew kids had imaginary friends, but when we had to set a place setting for her friend ... ” she laughed.

Wertman’s parents also had to learn how to live with her “organized chaos,” as Wertman calls it.

Her mother laughed and added that she sees Wertman’s projects long before they go to print as “papers laying all over the house.”

Many times, Wertman will look at something that causes inspiration to strike, and then, suddenly, disappears to go write down what came to mind.

“I don’t think her mind ever rests,” her mother said. Wertman said she wishes she could be more disciplined in her writing.

“I am the typical creative person, where I set a goal and get completely distracted,” she laughed.

Sometimes she seeks out inspiration through traveling or visiting a local antique shop. When she does find that inspiration, the pages flow right out of her.

One of the things that has helped as of late is knowing there are people who are interested and will read what she writes.

“It’s starting to get to the point where I am building up a good name for myself,” she said. It took some time for her parents to understand the way her mind worked. Today, they couldn’t be prouder of the unique gift she has.

“The stuff she thinks of, we’re just amazed,” Charlotte said. “Whatever she puts her mind to, it comes out successfully.”

What Charlotte especially loves about Wertman’s children’s books is that “it takes kids out of today’s world and into a world where they can just imagine.”

This year, Wertman served as a commencement speaker for the Danville High School graduating class.

Not much older than the students, she wanted to encourage them to follow their dreams, and to not let the fact that they come from a small town keep them from dreaming big.

“If you want to do something, do it,” she said. “Don’t just look at money. You have to be happy with your life.” She added, “Don’t let the world, society, family or friends knock that out of you.

You just have to have the passion and drive and, really, the courage to do it.” Wertman has also been able to find a positive through the COVID pandemic — people realizing “you can do anything, anywhere.”

In love with her rural Danville home, Wertman said she loves that concept.

“I’m very blessed to have a life where I get to be in my space that I love, my hometown,” she said. “I love this area.”

Wertman enjoys working outside, sitting by the pool, and being inspired regularly by the amazing view of the Susquehanna River and the surrounding mountains from her house.

At the same time, she also loves to travel. So, on the weekend, she said, “I get to get in my truck with my dinosaurs” (see sidebar on page 10) and go to cities like New York, Boston, Cleveland, and her favorite — Orlando.

But with all her traveling, she said, “I do tend to always come back home. I miss the woods, the trees, the animals, and the sense of community my town has.”

No matter what her future brings, Wertman said she knows her hometown will always be special to her. “The roads leading out of Danville, they take you to anywhere,” she said.

“Get on it and go. The same roads lead you back. I hope this is always where my roots are, and my branches can go to other places, and I can always come back.”

Until recently, Wertman was signed with Arbuckle Publishing House (New York/Houston). Her first children’s book sold 500 copies before it was even released.

Now she is working with a new company, Lazy Lion Publishing, that is willing to continue publishing her current books and to work with her on future projects. It’s the perfect place, Wertman said, for her to continue to grow.

“I have had the privilege to meet so many talented people from different walks of life, but of all the individuals that I have come into contact with, Mackenzie Wertman truly stands out above the rest.

From the moment I met Mackenzie, I was blown away by her extraordinary confidence and talent.” West said.

Wertman brought business sense and writing skills to the table, encompassed by a “positive outlook on life.” But don’t just take her word for it. West said Wertman’s work speaks for itself. “I am confident that Mackenzie is destined to do great things, and I have nothing but faith that her writing will flourish as time goes by,” she said.

“As a new writer, she has defied the odds of the struggling author and has risen above them, promising more great things to come.

Her future is hers for the taking, and I couldn’t be happier for her.”

Not even a bout with COVID could stop Wertman’s success, although she admits it was a struggle and it did slow things down.

She is still on medication for her heart, but says, “Thankfully I’m way better.”

She is grateful that she has been able to weather the storm and continue to have the freedom to be creative and pursue so many different avenues. “I’m starting to get back to my normal self, and I can start enjoying this,” she said, adding that nothing is ever wasted in a writer’s life, especially struggles.

“I have something to put into a character now,” she said.

“I hope it will spur on something great.” As West stated, “The world should get prepared because there’s no stopping her now. It’s going to be exciting to see where the road leads her next, and I’ll definitely be buying a ticket for that ride.”

For more and updated information on Wertman and her projects, visit https://www.mackenziekwertman.com/ and her facebook page at www.facebook.com/wertman25.