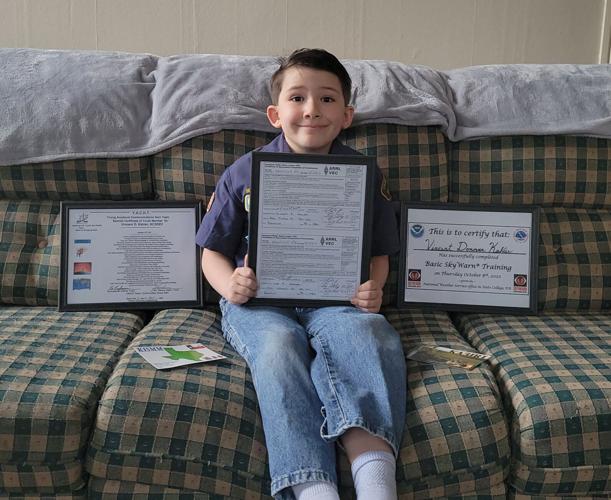 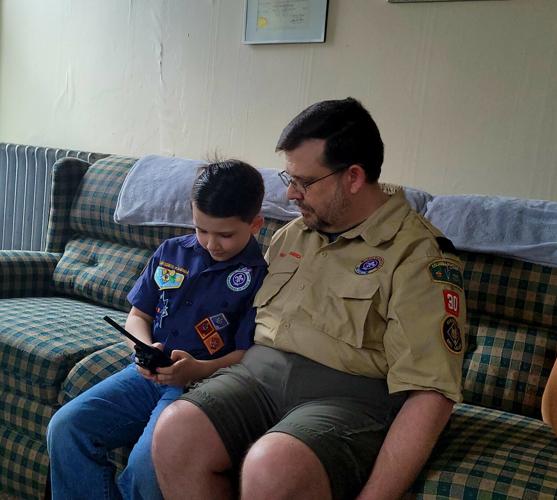 Vincent Kahler, 8, the youngest licensed ham radio operator in Montour County, and his father Lee Kahler work with a ham radio in their Danville home. 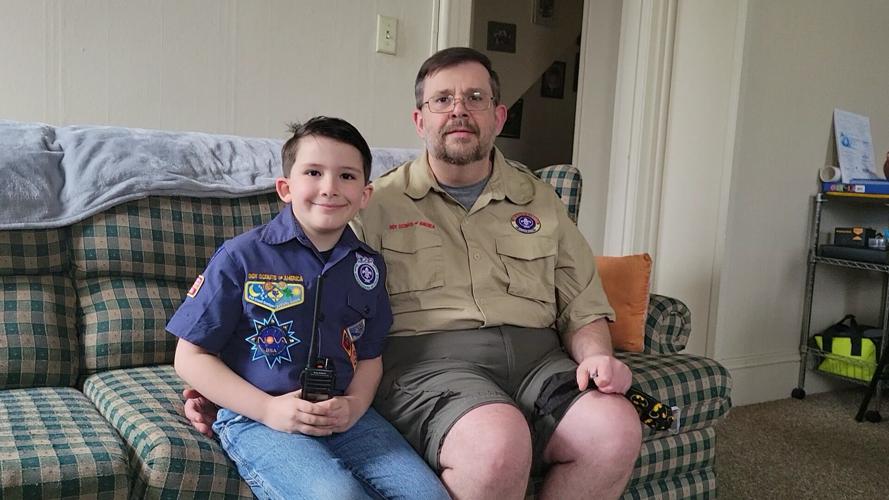 Vincent Kahler, 8, the youngest licensed ham radio operator in Montour County, and his father Lee Kahler work with a ham radio in their Danville home.

DANVILLE — An 8-year-old Cub Scout became the youngest licensed ham radio operator in Montour County, claiming the title away from his friend who claimed it last year.

Vincent Kahler, a third-grade student at Liberty Valley Intermediate School in Danville, earlier this month passed his Federal Communications Commission (FCC) amateur radio operator technician license certificate exam, pulling the milestone away from Abbi Smith. Vincent and Abbi, who was 11 in February 2020 when she became the youngest, are friends from their time together in Cub Scouts Pack 30 and he will join her in Boy Scout Troop 4077 once he’s old enough and has completed the rest of his Cub Scout years.

“I love that you can basically talk to anyone in the world,” said Vincent, who wants to be a spacecraft designer and astronaut at NASA when he grows up.

In order to become certified, Vincent was coached by Abbi’s dad Thomas Smith and studied for 28 weeks through American Radio Relay League (ARRL) for training. The test was administered by the Central Susquehanna Technical Group and requires at least three volunteer exam coordinators to administer the test — Vincent had five.

“Being stuck inside in a pandemic it’s a perfect way to channel that energy into something positive,” said Vincent’s father Lee Kahler, who is also licensed.

Vincent is already Skywarn certified and also plans to become involved with Amateur Radio Emergency Services (ARES) as well as the Radio Amateur Civil Emergency Service (RACES), following in Abbi’s footsteps. ARES/RACES provides critical communications during emergencies and natural disasters when power and cellphone service are unavailable for weeks. SKYWARN is a network of amateur operators trained as weather-spotters providing information to the National Weather Service.

This allows him to get on the radio to warn others of sudden snow, thunderstorms and other dangerous conditions, said Vincent.

He has also completed six prestigious Scouts NOVA S.T.E.M. Awards and just finished the Dr. Louis Alvarez SuperNOVA Award. To date, he is the only person in Pack 30 history to complete it, his father Lee Kahler said.

Vincent said he has already talked to people around the world, including Sunbury, Texas, Arizona, Michigan, Singapore, Hong Kong, and South Wales. He has received two QSL cards — a confirmation of contact — and has more on the way.

“It’s awesome,” said Cynthia Kahler. “He studied a lot, so I was happy he passed the test.”

“We’re really proud of him,” said Lee Kahler. “He’s worked really hard on this for about six months. He has absorbed it all. He’s a little smarty pants.”