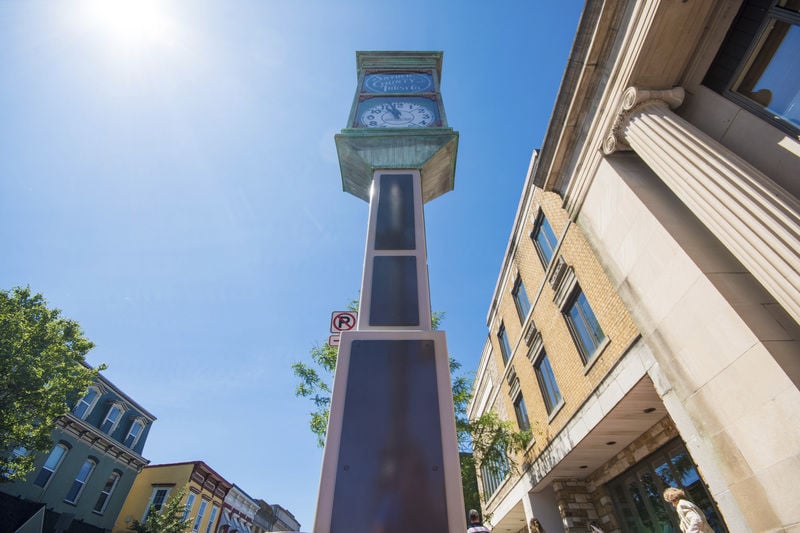 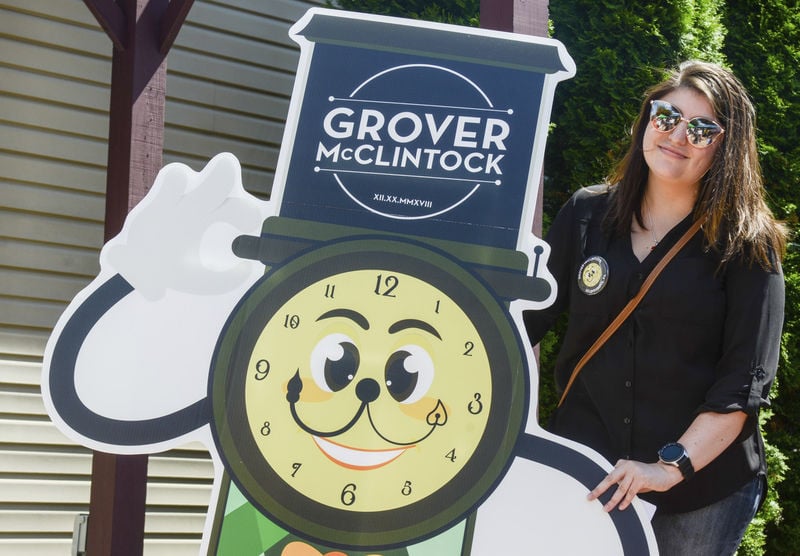 Caitlin Meleski, of Selinsgrove, stands next to Grover McClintock, the mascot she designed for Selinsgrove's Snyder County Trust clock during Saturday's ceremony. 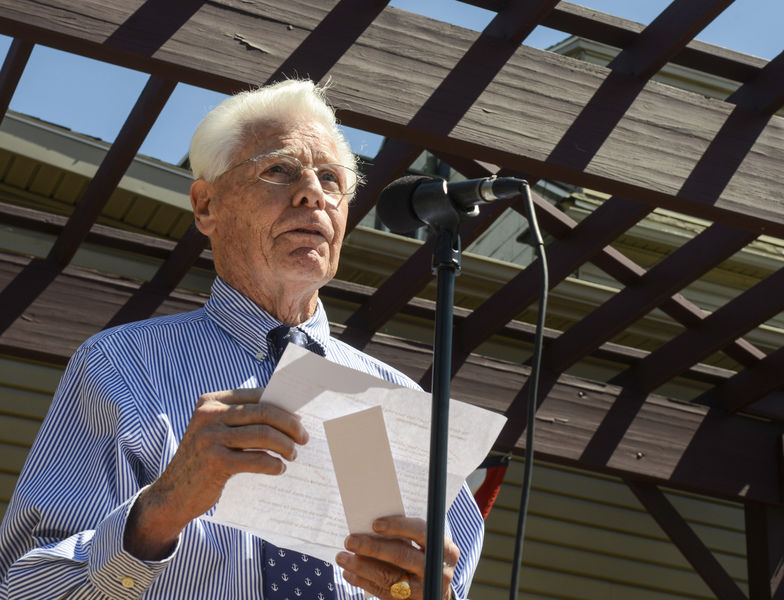 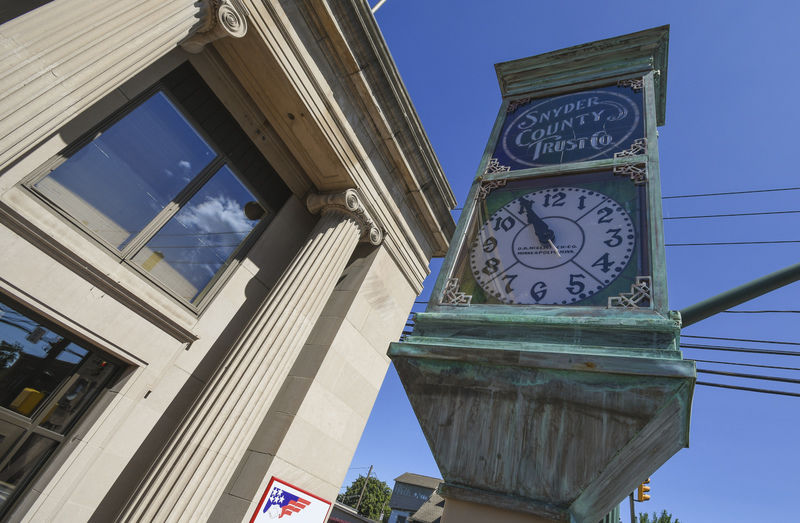 Caitlin Meleski, of Selinsgrove, stands next to Grover McClintock, the mascot she designed for Selinsgrove's Snyder County Trust clock during Saturday's ceremony.

SELINSGROVE — A 97-year-old downtown clock, sent out for repairs and cleaning 14 months ago, returned to its perch at Market and Pine streets on Saturday with more than 150 people there to welcome it home.

"We are so happy that Selinsgrove Projects Incorporated was able to get this clock restored," Mayor Jeff Reed said to those who gathered at the downtown corner. "We are all here today to show how much we care."

The clock, initially purchased in January, 1922, was removed from its location in April 2018 and sent out for a $34,000 makeover, SPI volunteer Carol Handlan said. The money needed for the work was raised through various events and a $10,000 grant awarded to SPI.

"I think it's great for the borough," Sue Johnson, of Selinsgrove said. "Our community cares and this turnout shows."

SPI volunteer Rabbi Nina Mandel said she was thrilled to see all the people come out to show support.

"This is just a fun day and a fun time for everyone," she said.

The last major renovation to the clock was done in 2012 when resident Cheri DeSiena launched a campaign to fund the chimes. Dedication paver bricks were sold to surround the base.

"Grover McClintock," a mascot designed by Susquehanna University graphics design student and Selinsgrove resident Caitlin Meleski, 22, was present for the homecoming on Saturday, reminding residents that the clock was manufactured by the O.B. McClintock Co. in Minneapolis, Minnesota, and became a landmark just outside the front doors of Snyder County Trust Co.

"I was honored to do this," Meleski said. "For the better part of six months, I continued to try different designs and finally came up with something that worked. I am proud to be here today."