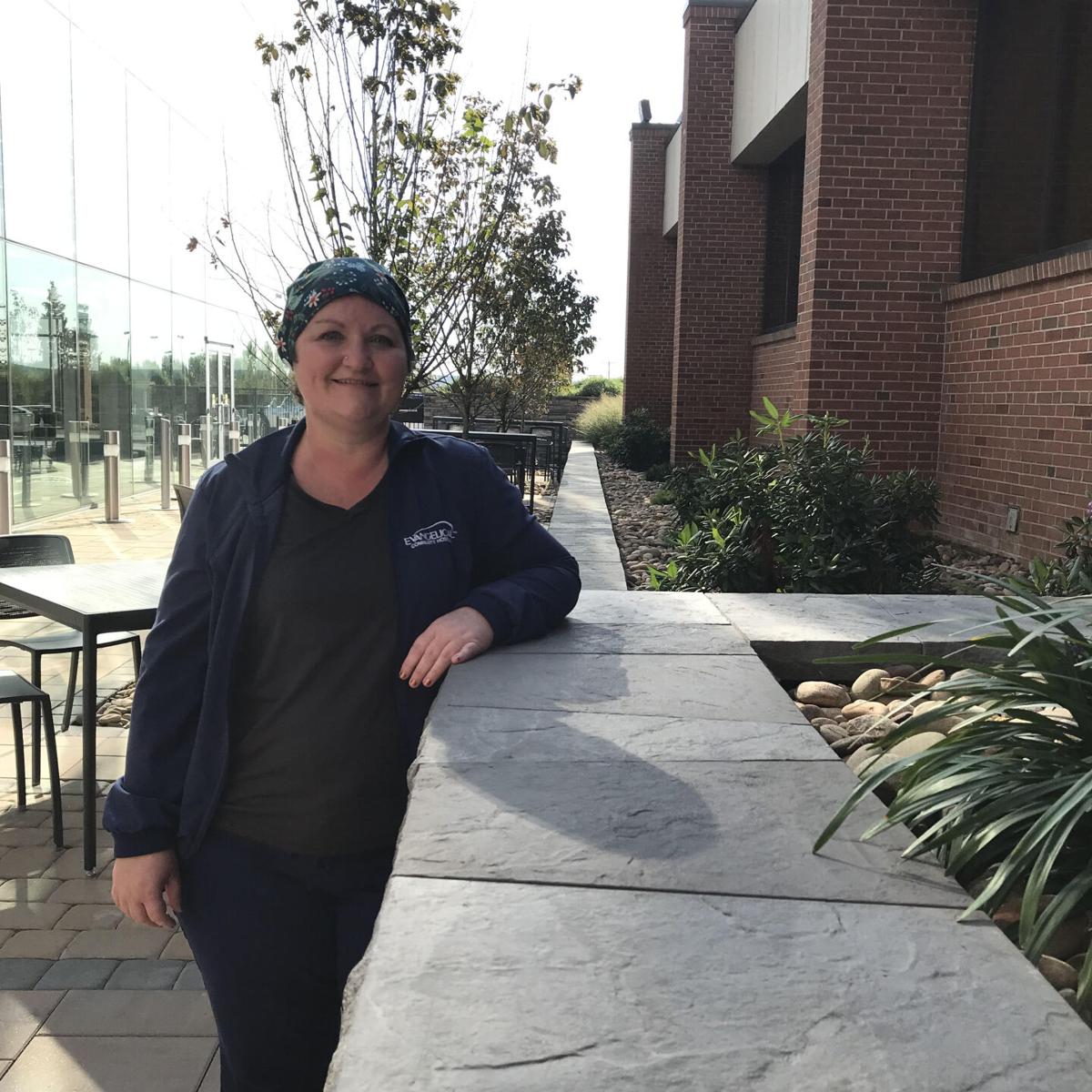 Tiffany Delp, 41, Muncy, is a nursing coordinator in the Emergency Department of Evangelical Community Hospital, in Lewisburg. She was treated for triple negative breast cancer. 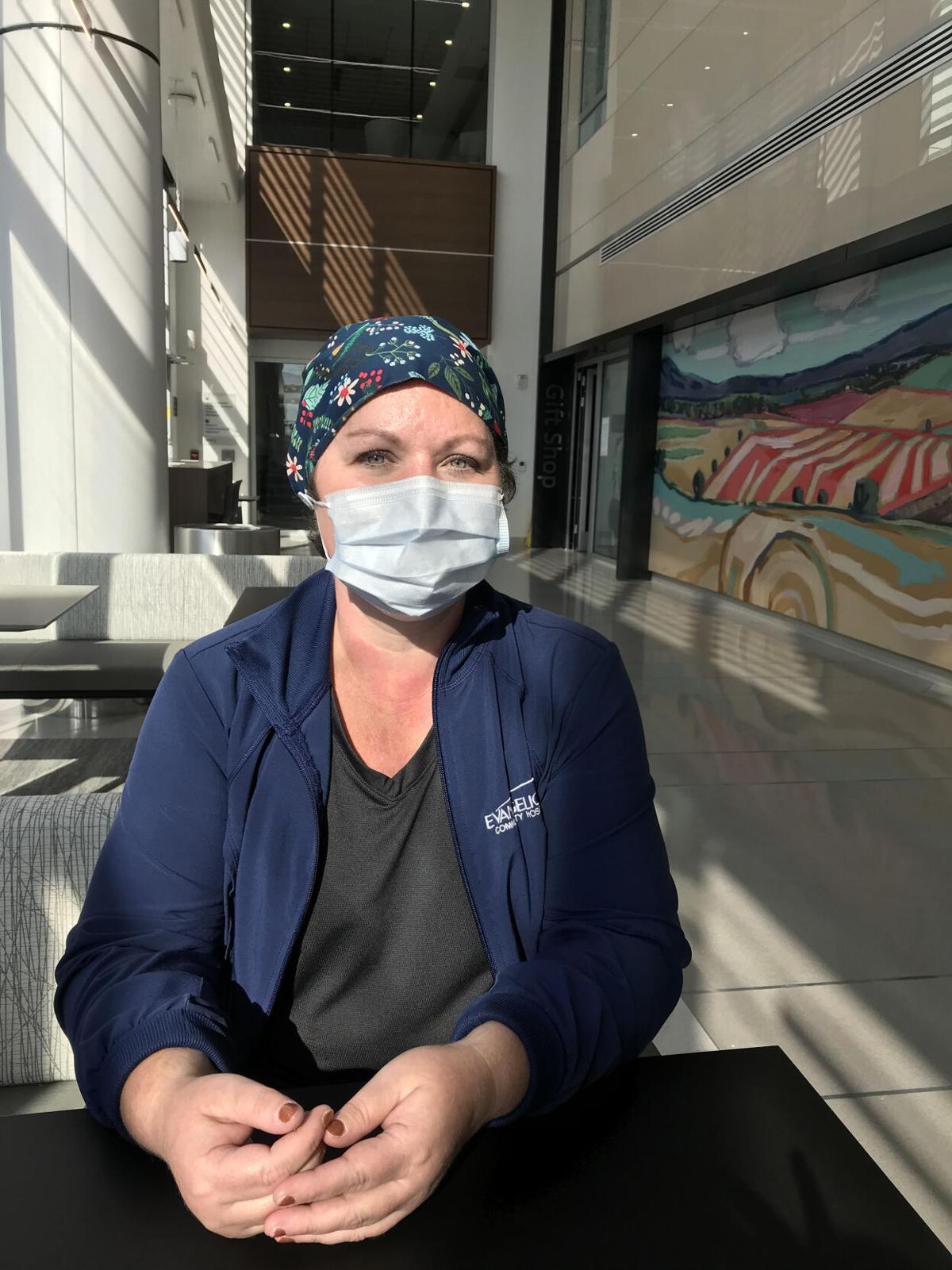 Tiffany Delp, 41, Muncy, is a nursing coordinator in the Emergency Department of Evangelical Community Hospital, in Lewisburg.  She was treated for triple negative breast cancer. 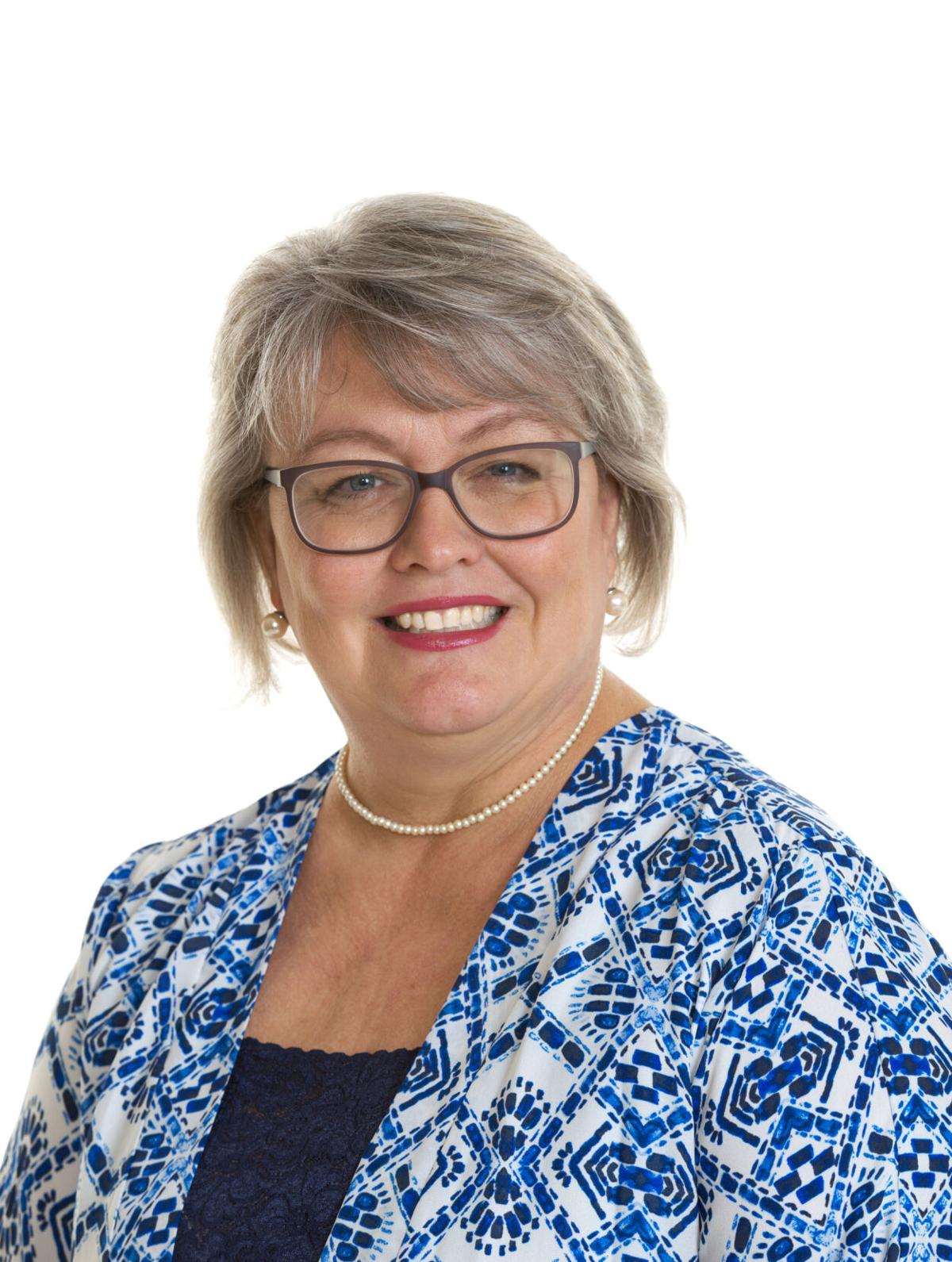 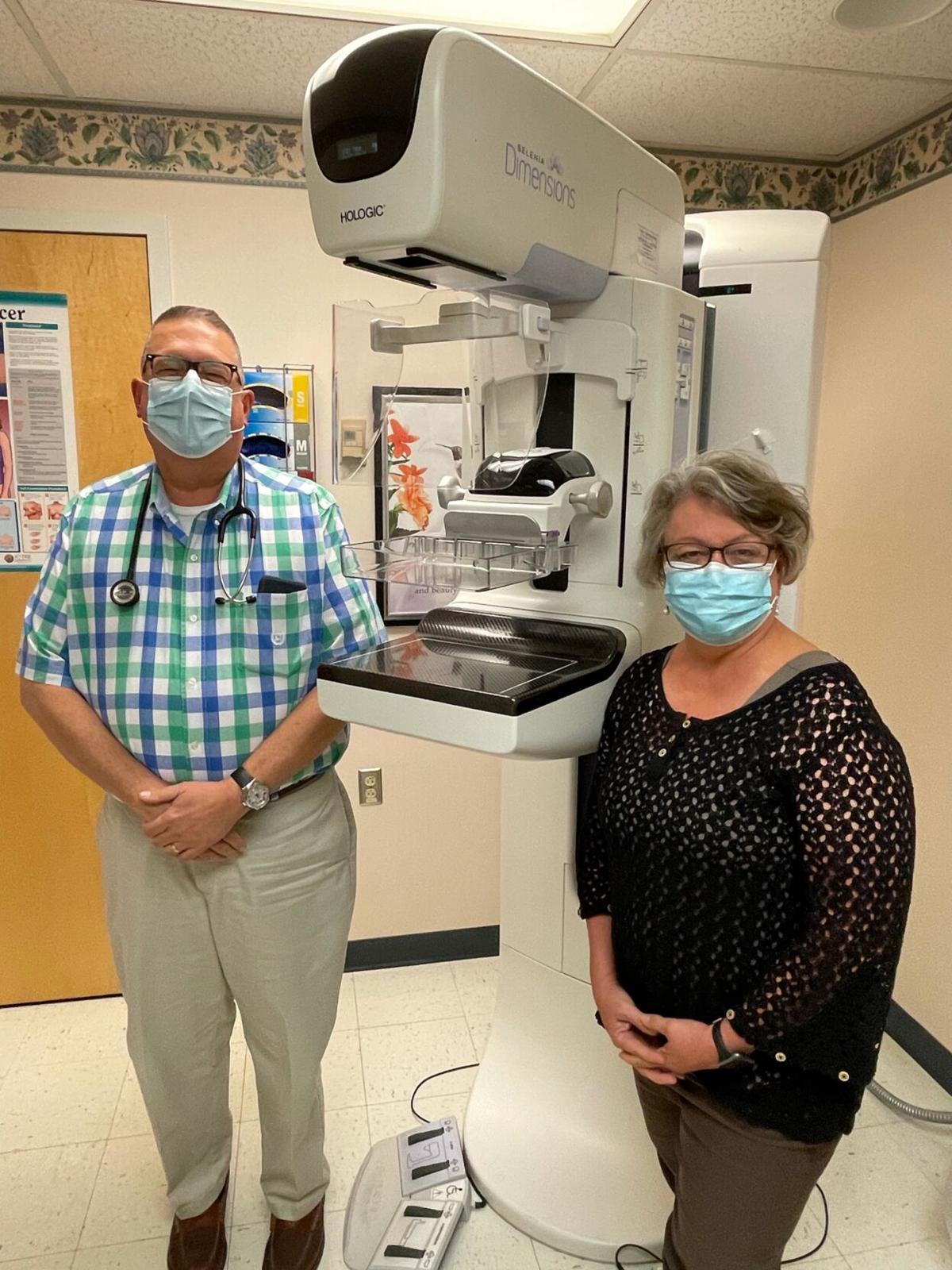 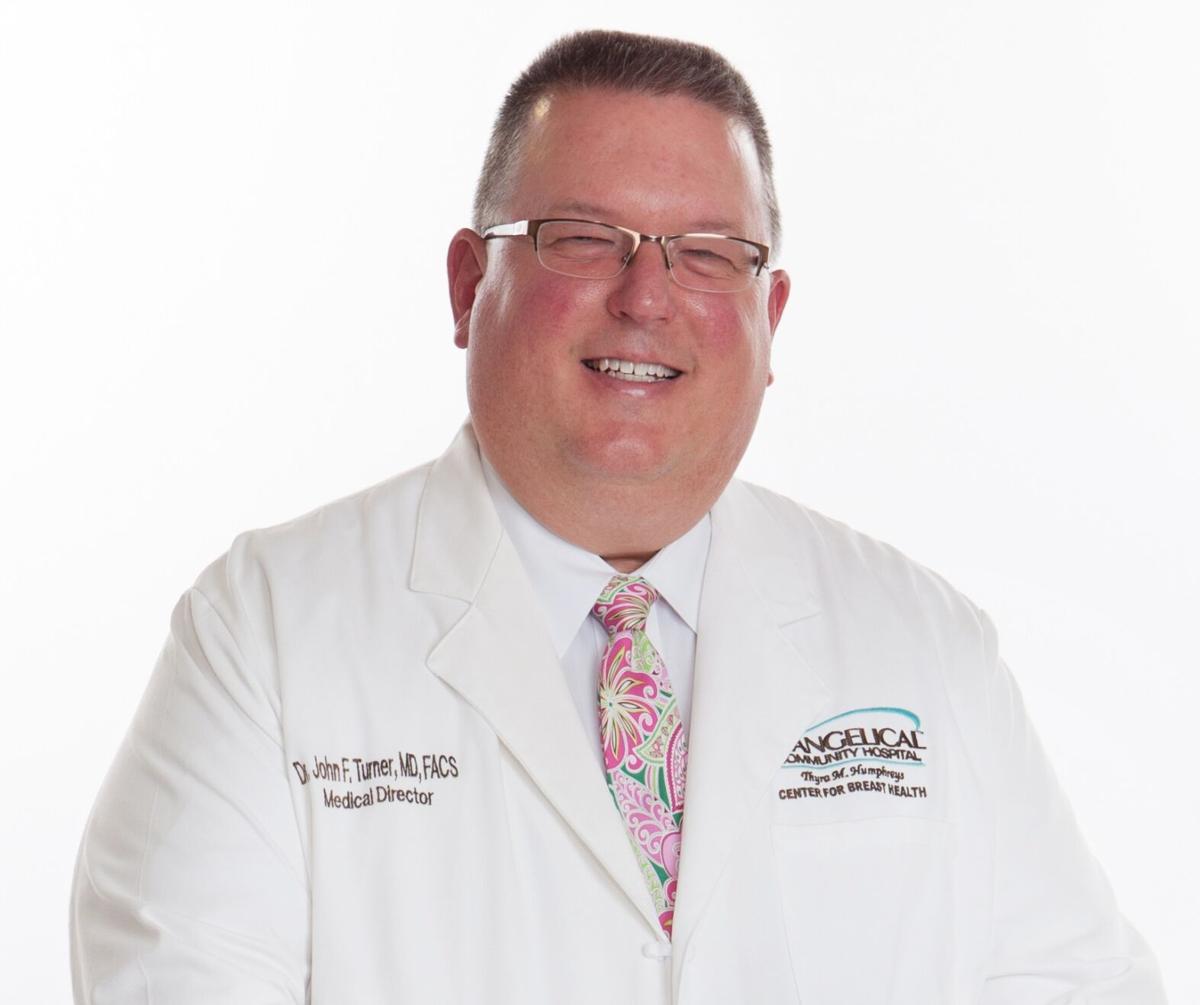 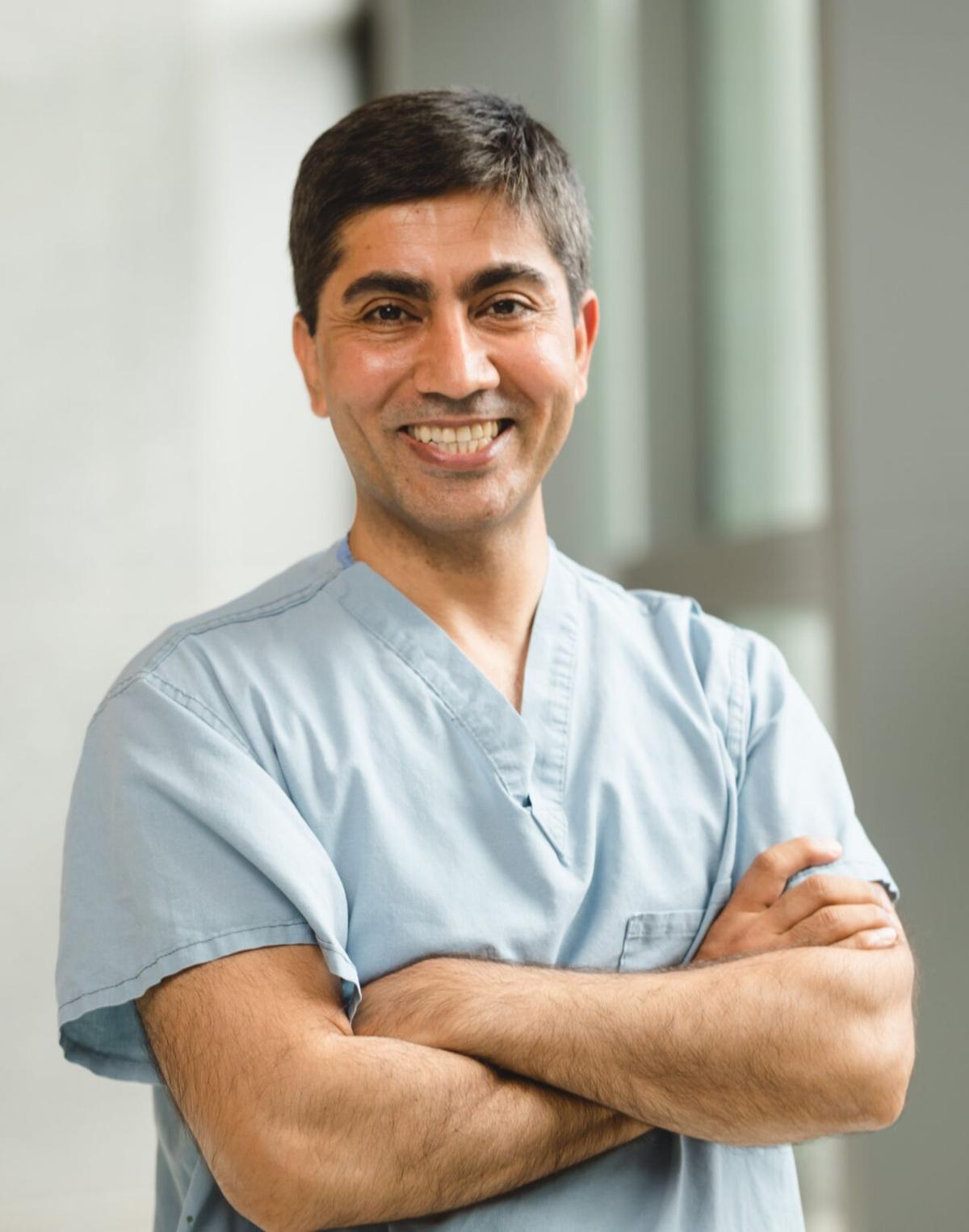 Tiffany Delp, 41, Muncy, is a nursing coordinator in the Emergency Department of Evangelical Community Hospital, in Lewisburg. She was treated for triple negative breast cancer.

Tiffany Delp, 41, Muncy, is a nursing coordinator in the Emergency Department of Evangelical Community Hospital, in Lewisburg.  She was treated for triple negative breast cancer.

When Tiffany Delp and her husband, Ernie Delp, sat their 12- and 14-year-old kids down to tell them about her breast cancer diagnosis, their reaction surprised her.

“Seriously, you scared us,” said their 14-year-old son, Ernie. “We thought someone was dying.”

The unexpected response demonstrated to Delp just how much modern health care has changed the outlook on breast cancer.

“I just remember when I was younger, you just automatically thought someone with breast cancer was going to die,” she said. “But they see more people surviving.”

A nursing coordinator in the Emergency Department at Evangelical Community Hospital, Delp was diagnosed last November with triple negative breast cancer that was metastatic to her lymph nodes. Because it is not the type of cancer associated with hormones, it is a little harder to treat, which scared, but did not devastate Delp.

“They told me it’s a very aggressive, fast-growing cancer, so we’re going to treat it aggressively,” said the 41-year-old, from Muncy. “I said, ‘That’s all right with me.’”

Terrified by the word “aggressive” flitting through her thoughts, Delp met with Vogel for the first time and was reassured when he told her she had a very treatable form of cancer and said, “You’re going to be fine.”

“I have been around doctors 20-some years,” she said. “I know a doctor’s not going to tell me that, if he doesn’t believe it.”

Breast cancer doctors have reason to believe when they talk about patient survival rates today.

Stage One breast cancer survival rate is probably around 98 percent, said Dr. John F. Turner, medical director of the Cancer Service Line at Evangelical Community Hospital and clinical co-manager of the Thyra M. Humphreys Center For Breast Health. Stage Two is still in the 90s, and Stage Three starts to dip down to the 70-percent range.

“What that tells you is that, first of all, the outlook for the vast majority of patients is very good because most patients are diagnosed as early stage,” Turner said. “But it also illustrates the importance of screening, because if you don’t find it in Stage One or Two and it reaches Stage Three, then it does impact survival in a negative way.”

“All in all, if a woman is diagnosed with early stage breast cancer, which means the cancer is localized just within the breast and has not spread outside the breast to the glands or to anywhere else, the 5-year relative survival rate is excellent,” said Dr. Mohammad Tahir, breast surgeon at UPMC Susquehanna Health, Breast Center, in Williamsport. “It’s almost close to 100 percent.”

“For a long time, we really only had surgical treatment,” Leeming said, explaining that doctors can now determine if patients will be helped by chemotherapy, antibody therapy, anti-estrogen therapy, or a combination of all of them “It’s really that systemic treatment that has made the biggest difference.”

While surgery removes cancer in a localized area, newer drugs add a whole-body approach to fight the many different kinds of breast cancer. Even some caught in the early stages need to be treated aggressively.

“We just have much better testing to look at the tumors to see: How aggressive are they? How aggressive do we need to be?” Leeming said. “So that really has been revolutionary for us.”

While most patients do not require chemotherapy, Turner said, when required it has a significant impact on survival.

He pointed out the advancement in the understanding of lymph node preservation as opposed to the former practice of removing nodes even if only a single one was found to have cancer. That surgery carried significant risk of shoulder mobility problems and lymphedema, or swelling, in the arm.

“So this is a huge improvement,” Tahir said, “and many patients will benefit from node preservation in terms of relief or avoiding the side effects of the excision or dissection, including lymphedema.”

Improvements in genomic testing has enabled doctors to assess whether or not a patient will benefit from chemotherapy, possibly avoiding its potential side effects.

“I think this is one of the best and latest advances in the breast cancer care from which many patients are benefitting,” Tahir said.

Researchers are also improving the ability to identify hereditary cancer syndrome, he said. Doctors can now identify patients who might have an increased risk of breast cancer in addition to the BRCA1 and BRCA2 gene mutations.

“With these new advances, family members of these patients can be either recommended for enhanced breast screening or, at times, have prophylactic surgery,” Tahir said.

Finally, he noted advances with new drug combinations that are more effective, including monoclonal antibodies, “which target some of the most aggressive breast cancer for which there was no effective treatment in the past.”

A lumpectomy removes the tumor and is followed up with radiation. For the vast majority of patients, lumpectomy alone results in a 30 percent or higher chance of the cancer reoccurring, Turner said. Radiation brings that reoccurrence rate down to approximate that of mastectomy.

“And that’s how we make lumpectomy equivalent to mastectomy, in relation to local reoccurrence,” Turner said.

The main surgical advances in recent years have been in techniques to perform lumpectomies with less cosmetic impact, and improved reconstruction techniques for mastectomies, Turner said. The earlier the stage of the cancer, the more likely it is to have a good cosmetic outcome from the surgery. and while the main concern is control of the cancer, close behind that has to be providing a positive outcome for the patient.

“There have been multiple studies documenting that the cosmetic outcome of breast surgery directly impacts the patient’s perception of quality of life,” Turner said. “It’s just as significant as their concern for recurrence, and so we have to pay attention to those things.”

“So when we walk into the room and start the procedure, we’re not working at odds against one another,” he said. “We’re working in concert with each other.”

Aggressive treatment helpsAs for Delp, her cancer was treated with six months of chemotherapy, followed by a lumpectomy and six weeks of radiation, which brought her chance of reoccurrence down from 40 percent to a negligible number. Dr. Vogel told her medical advancements in the past four or five years made fighting her cancer possible.

“I also did immunotherapy, which helps your body fight the cancer itself,” she said. “So that was pretty cool, to know I had one extra thing to help me fight it that wasn’t even around a few years ago.”

Not even a year later, she is back at work, continuing to bring care and comfort to her Emergency Department patients.