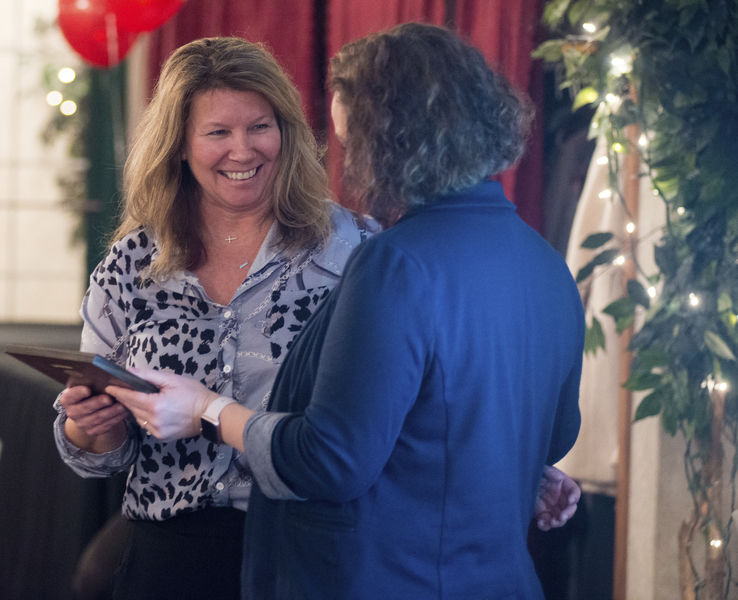 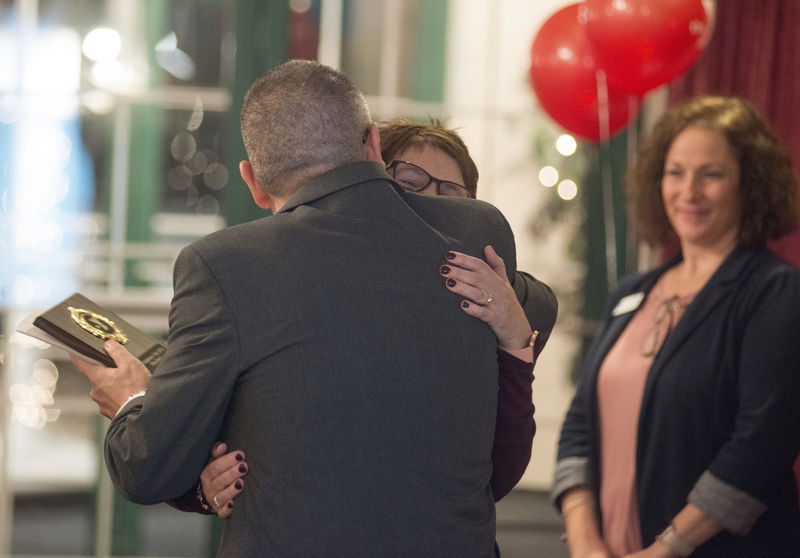 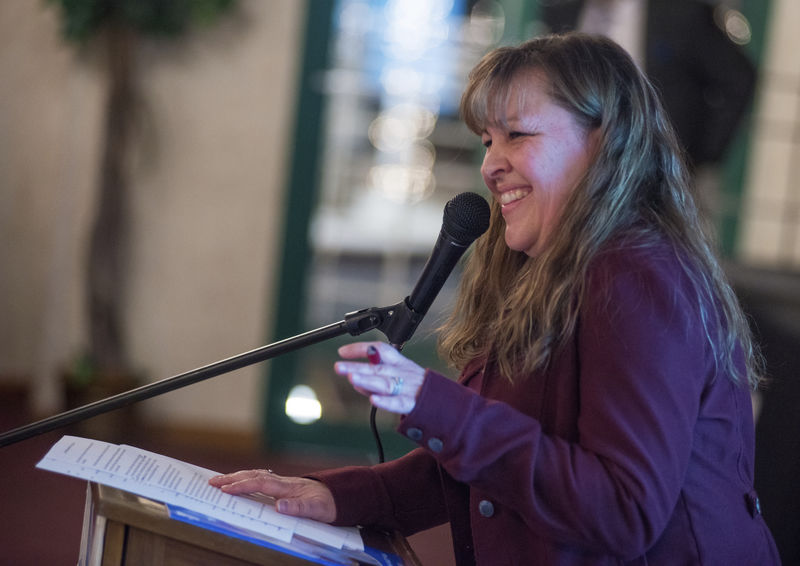 LEWISBURG — The Greater Susquehanna Valley YMCA on Tuesday night honored Valley residents who have made a difference across the region over the past year.

Carol Yost, board president of the YMCA's Milton branch, earned the Samuel S. Fisher Award for Distinguished Service. Yost has been involved with the YMCA for nearly 30 years when she began using the facility's child care service as she worked out at the fitness center. She helped chair the YMCA's annual kickoff event last year.

"I’m beyond humbled to receive this award, but I’m grateful that I can share this with my dad who received this award several years ago," Yost said of her father, Chuck Stahl.

The Distinguished Service Award was presented to Diana Toccket, who serves on several YMCA boards. Toccket serves on the Sunbury Branch's board of directors along with the corporate board and the Sunbury membership committee.

Like Yost, she has been part of the YMCA for years, and she will become the Sunbury branch board president this year.

“I will learn many things from Diana especially her ability to make everyone feel important and heard," said Katrina Mouery, co-executive director of the Sunbury branch, as she presented the award. "Thank you, Diana, for all you do for our Y on a regular basis. You are an inspiration.”