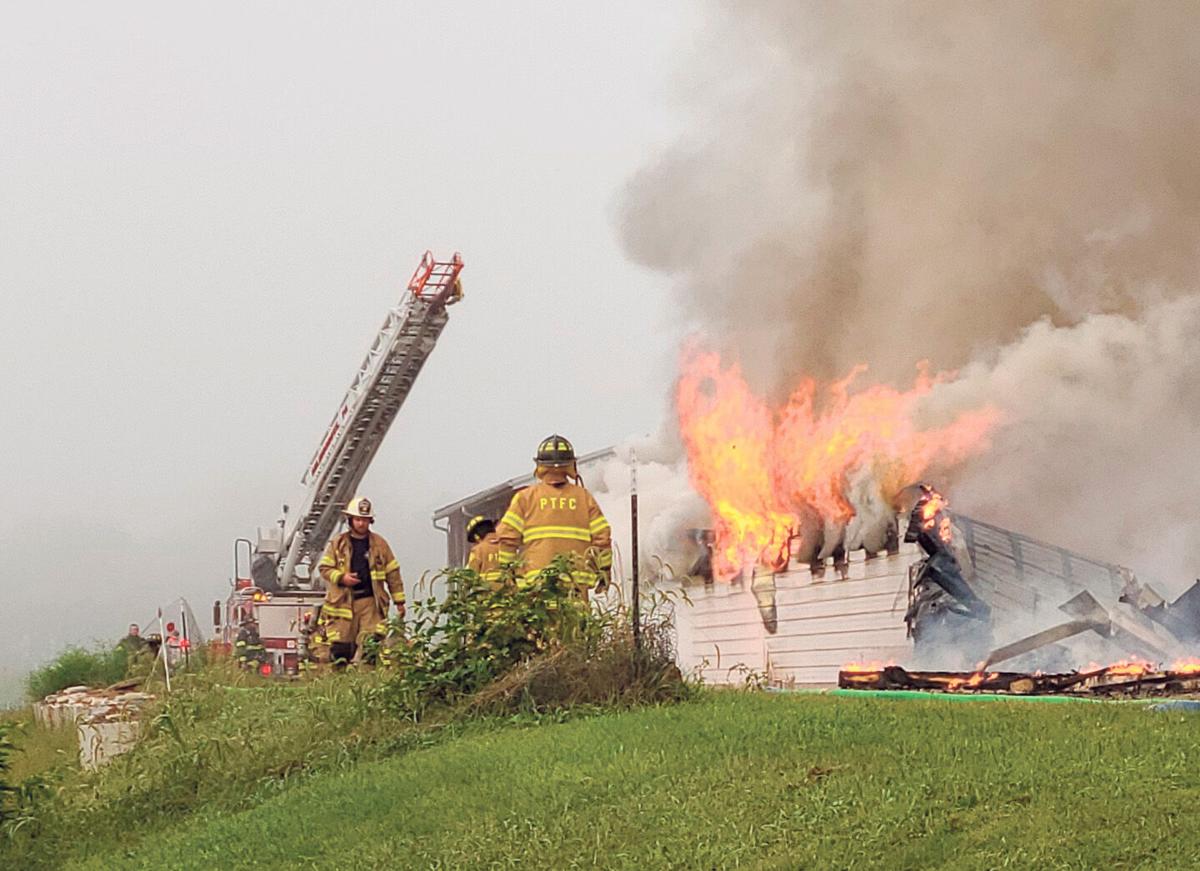 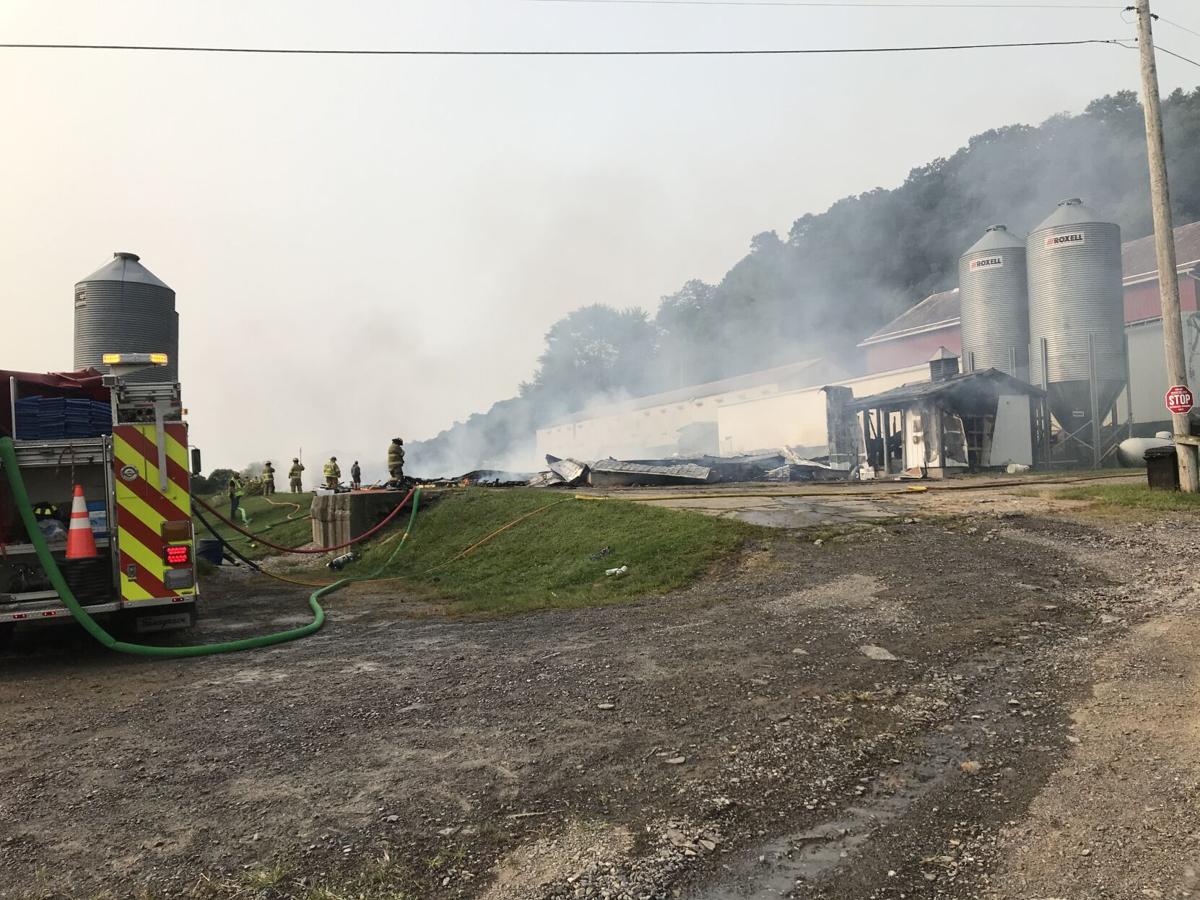 Smoke billows from a barn that was destroyed during a fire along Dundore Road in Snyder County on Wednesday morning.

Smoke billows from a barn that was destroyed during a fire along Dundore Road in Snyder County on Wednesday morning.

PORT TREVORTON — A fast-moving fire destroyed a large poultry barn in Union Township on Wednesday, one day before a shipment of turkeys was due to occupy the structure.

The building collapsed as volunteers worked to put out the fire, he said.

Cook was told by Colby Dietz that the building was empty and a shipment of turkeys was scheduled to arrive on Thursday.

The building is a "total loss" and no cause could be determined, Cook said.

It was a new structure built to replace a building that was heavily damaged during a heavy snowfall, he said.

Two smaller storage buildings near the burned-out barn were saved from being destroyed by flames, Cook said.