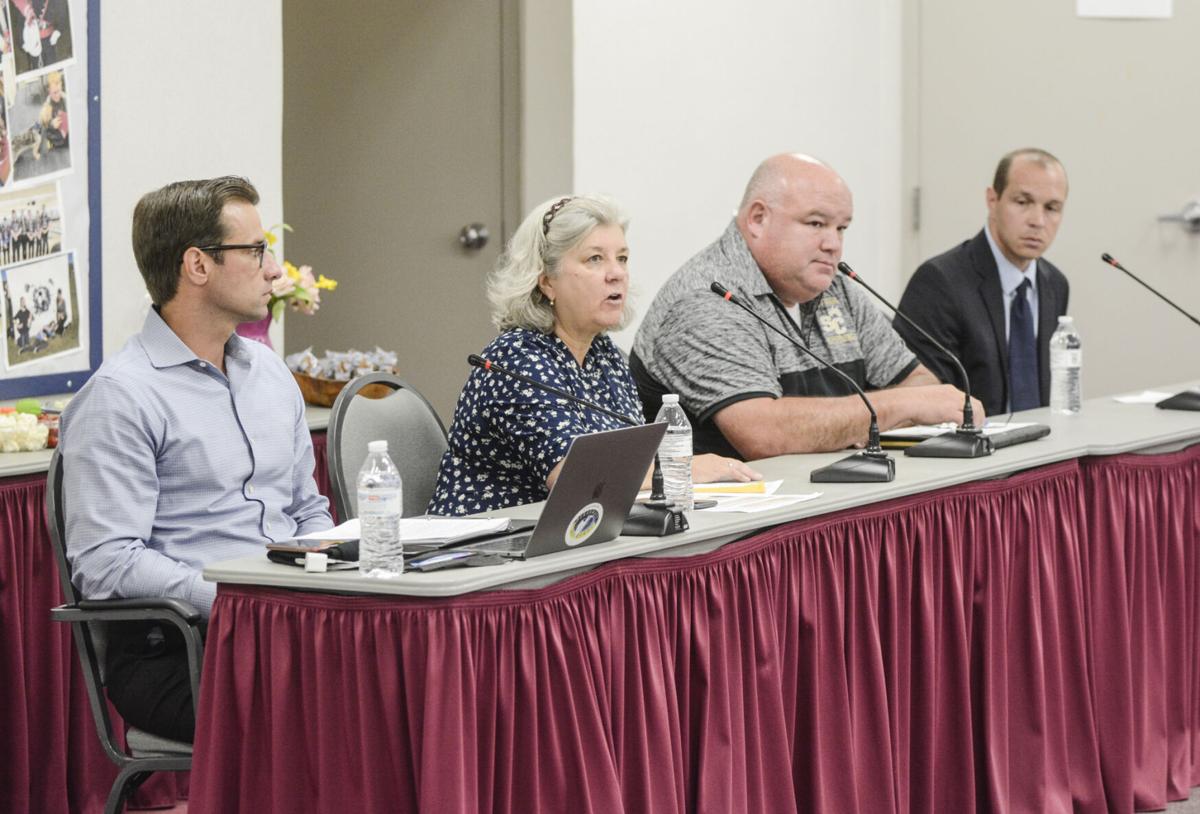 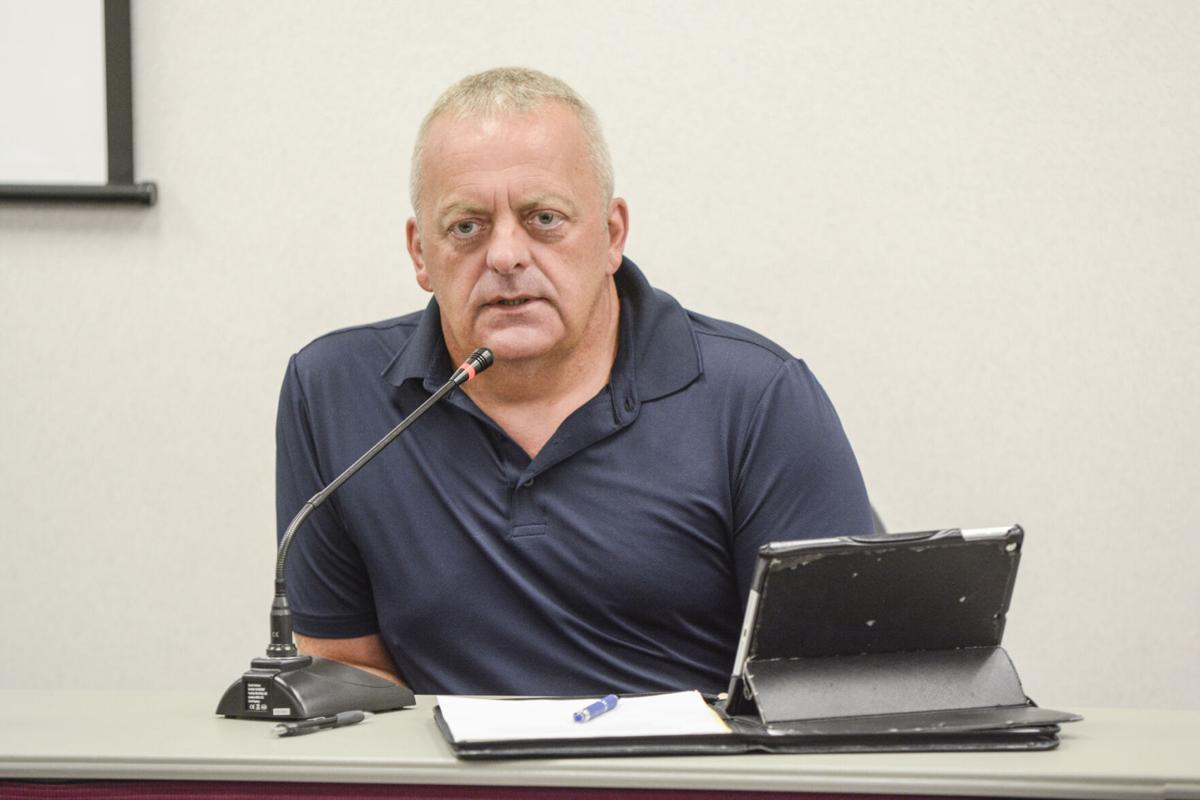 Line Mountain school district superintendent Dave Campbell talks about his district’s cyber school and the affect that outside cyber schools have on it.

Line Mountain school district superintendent Dave Campbell talks about his district’s cyber school and the affect that outside cyber schools have on it.

Many were concerned before COVID-19 exacerbated the problem over the past 18 months. Seven school districts — Line Mountain, Milton, Shikellamy, Selinsgrove, Lewisburg, Southern Columbia and Danville — will send out twice as much money to cyber schools for the 2021-22 school year as they did five years ago.

The complete discussion can be found at www.dailyitem.com.

With more and more students leaving the public schools for established online programs they can attend at home, millions more taxpayer dollars are flowing out of budgets than a half-decade ago, they said. “The numbers speak for themselves,” Bendle said.

Shikellamy, Line Mountain, Mount Carmel, Lewisburg, Selinsgrove, Danville, Midd-West and Shamokin will have at least $1 million dollars leaving the district to costs for students to attend external cyber schools. All Valley public school districts have their own in-house cyber schools. Hundreds of students are opting instead for cyber schools outside of the district’s own.

Valley school leaders see a crisis in the not-too-distant future.

When a student opts for an independent cyber school, the school district pays the tuition, equal to what the district spends to educate each student. There are different levels of payments as well — it costs more money to educate a student with disabilities than other students. The more students who leave the public schools — including those that offer their own cyber options — the more money is pulled from the district’s coffers.

According to the Pennsylvania Association of School Business Officials (PASBO), nearly $575 million dollars allocated to public schools are expected to fund education for students attending independent online options this year.

School officials say the funding formula is broken. Valley superintendents say comprehensive charter school funding reform is essential. Until there is a change to the underlying policy, school districts, students and taxpayers will continue to pay.

“It all has to change,” Campbell said. “They are all very aware we have been asking for help and making noise about this for years.”

Campbell, Bendle and Keegan said they continue to reach out to state legislators to help public schools. Campbell said the cost of cyber schooling for a special education student within the district is roughly about $4,000 as opposed to the near $25,000 at a charter school.

“How can you not see that it costs us $4,000 and instead we are allowing private industries to collect up to $25,000?” Campbell asked. “I don’t understand how our legislators are not seeing the urgency in this.”

Bendle agreed. “If this doesn’t change, there will be major issues with public schooling soon,” he said.

State Rep. Lynda Culver, R-108, of Sunbury, said she continues to take the concerns to Harrisburg.

“The superintendents in my district are great and not just watching financially but with the education of our children,” she said. “This situation was at a crisis point before COVID-19 and now it is just beyond that.”

“I have spoken to the chairman and brought the concerns,” Culver said. “We are in the process of entering a new session and we have had bills to rectify the situation and Chairman Sonney is committed to looking at this from a different way to approach this. We recognize the problem and we will do our best and at the end of the day we are taking money from the taxpayers and we need to spend it responsibly.”

Culver said she doesn’t dispute there is a problem.

“It is unfair and I won’t dispute that, the payment process is unfair,” she said. “Cyber charter schools developed in the 1980s and there have been issues that come to light that impact public schools and taxpayers. We have had several bills through the years but nothing passed. We have been working closely with the education committee to clearly find a way and we are trying to figure this out.”

“The end goal of taxpayer-funded education should be to fund the student, not the system,” he said. “I have long been an advocate of robust, well-funded education for all students in the commonwealth. Charter schools help to achieve that by offering an opportunity for parents and students who are looking for the best education possible for their individualized needs, and because charter schools have a lower per-pupil cost, they actually save public school district’s money.”

Pennsylvania Leadership Cyber School founder and CEO Dr. James Hanak said he believes cyber schools have the support of elected officials and that lobbyists in Harrisburg continue to fight for cyber schools.

Gov. Tom Wolf has proposed charter school reform by recommending the state establish performance standards that hold charter schools accountable for the educational outcomes of students and a moratorium on new cyber charter schools. Wolf unveiled a reform plan that his office said would save school districts $229 million by “better aligning charter school funding to their actual costs so school districts are not forced to overpay.” Part of the plan would call for a single per-student tuition rate and streamlining of the special education funding formula.

“If Gov. (Tom) Wolf gets his way, we would have our funding cut by 30 percent,” Hanak said. “Lobbyists in Harrisburg are telling us we have strong support in house and leadership and telling us Wolf will not get his way even though he keeps hammering at it, because of the teachers union giving him 20 million to get him elected. They wanted to get rid of charter schools. The fact is if we don’t do a good job the parents will go somewhere else and move into the public school system. They are coming to us by choice and it’s just as easy to unchoose us.”

There is no state funding or subsidy to school districts for charter school tuition costs.

Superintendents say students should consider district cyber schooling as their programs continue to get better and better. Every Valley school district has its own cyber option, a sharp change over the past five years.

Line Mountain Business Manager Kaitlin Rosselli said two students are enrolled in Line Mountain’s Cyber Academy for the school year that began last week. There were five at of 2020-21, but three returned to in-person learning.

“We always like to see our students choose to go to LM Cyber if they have chosen to not do in-person learning, for various reasons,” she said. “First, of course, from my standpoint paying for a student to do Line Mountain cyber is much easier on our budget. The student is also able to stay more integrated within our district and it is easier for them to continue to be involved in things such as clubs and sports and keeps them engaged in the local community, which is always beneficial to them.”

Shikellamy school board member Slade Shreck said he is happy his district is pushing their own virtual academy.

“We want our parents to come and see what Shikellamy has to offer before going elsewhere.”

Rosselli said district-operated cyber schools get the same, if not better education than private cybers.

“Financially, there is no comparing the two types of cyber schools. Line Mountain Cyber is significantly cheaper while still serving our students with the same quality education — and we would argue, a better education — than the large cyber charter schools,” she said. “While we hope to see a decrease this year in all cyber programs and welcome more students back to in-person learning, we also hope to see more participation in our own run cyber program versus the traditional charter school program.”

All Valley superintendents who took part in the roundtable said the rise in enrollment in outside cyber schools puts districts at risk moving forward.

All Valley public school districts have some kind of district-monitored online classes or curriculum. The digital classrooms are under the control of the school district, as it is more cost-effective and allows students to participate in district-led extracurriculars programs and sports, according to Bendle.

“The numbers are continuing to grow and we are offering more and more in our in-house schooling,” Cheddar said. “All of our local districts are putting full efforts into the in-house programs.”

“We are being neglected on this issue,” Campbell said. “It has to stop. We have to get some kind of reform here.”

Hack, Keegan and Cheddar agreed with fellow superintendents. “There has to be reform here and it has to start now,” Hack said.

Midd-West Superintendent Joe Stroup said he is seeing a number of students come back to Midd-West schooling and that is a plus, he said.

“That is a trend we really like to see,” he said.

Parent Kristi Harris, of Milton, said her son Jonathon Harpster, 17, is entering his senior year at PA Virtual Academy and is loving the cyber school.

“This is his second year and he is doing much better than he did in brick and mortar school,” she said. “They have the capability to offer more classes and for him, it works. It has been a better fit for him.”

“I like it better than regular school,” Harpster said. “I am able to work at my own pace and I have more options. I can take classes that are things I might take in college.

“Our virtual academy has a new lab that will open at the beginning of the year, offering more courses and a lot more diversity in these courses,” Gittens said.

“We are starting to offer business classes, digital photography and allowing students in school time to take gym and so forth. Choosing the virtual academy is a better option because you can still partake in all the school offers, get a diploma from Shikellamy and support your community and teachers in the area.”

Gittens said she has been contacting families in hopes of bringing students back to the district.

“We have gotten mixed responses,” she said. “It is difficult to get a student back once they are there. We hope the new programs will bring our students back. “

“I am a fan of the virtual as a parent and I love the program they have,” Andrew Rains Sr., said. “I am thrilled they kept the K-through 5 program and my son loves it. Miss Gittens is a wonderful person and she is great with the students.”

“I like it because you can do a lot more stuff at your own pace, whereas in a classroom you can get held up,” Cheyanna Rains said. “It is a lot easier for me to work at my own pace. Miss Gittens is wonderful. When I would struggle in a class, she would tutor us one-on-one.”

In Mount Carmel, Cheddar said the district remains at around 90 students, which they had the past few years, at a cost of $1 million.

In Lewisburg, Superintendent Dr. Jennifer Polinchock said in the 2017-2018 school year the district had 24 cyber school students but is currently at 76 to the cost of $1.117 million.

In Danville, Boyle said the district paid $349,000 for cyber schools and is now expected to pay $1.05 million in tuition fees.

Shamokin officials say the district is spending $2.2 million which is a significant increase in the past five years, according to district administrators

According to district officials, roughly 130 students are enrolled in cyber schools not affiliated with the district.