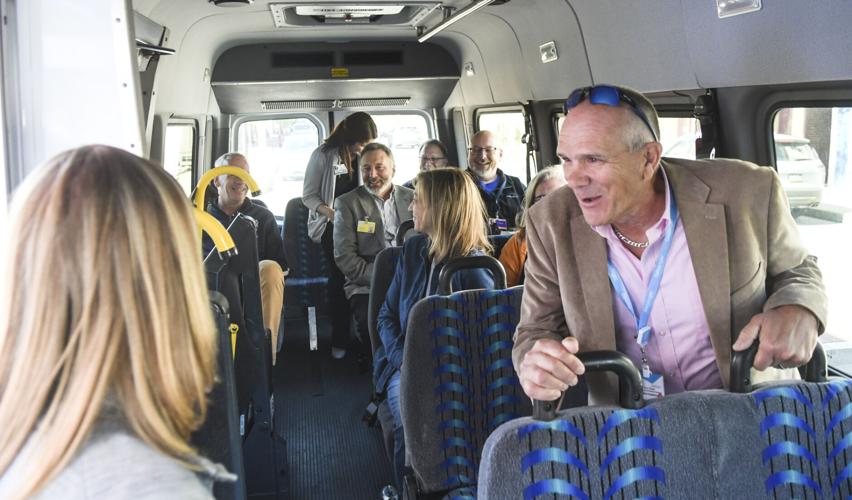 Local dignitaries and Geisinger employees load onto the new Shoppers Shuttle in Danville on Monday for it’s first trip around town. 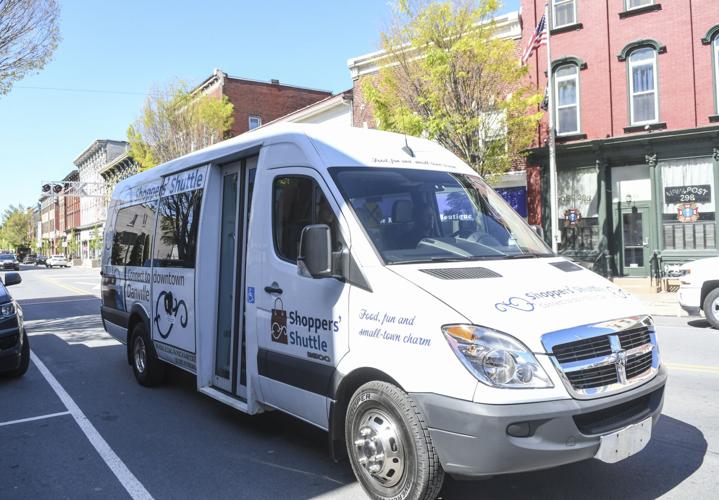 The new Shoppers’ Shuttle takes off on Mill Street in Danville for its first trip on Monday. 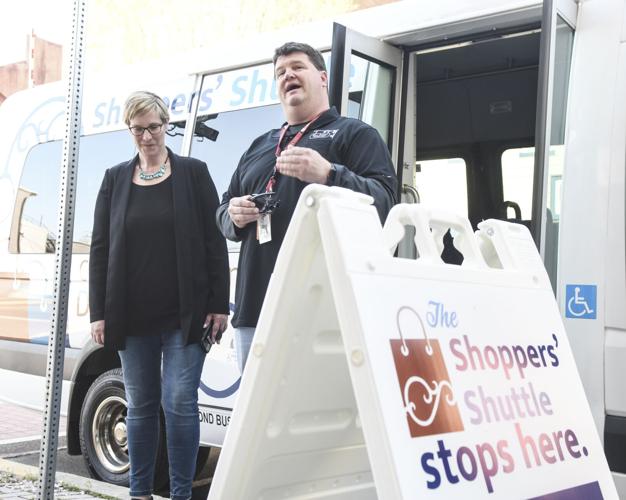 Local dignitaries and Geisinger employees load onto the new Shoppers Shuttle in Danville on Monday for it’s first trip around town.

The new Shoppers’ Shuttle takes off on Mill Street in Danville for its first trip on Monday.

DANVILLE — Starting Tuesday, Geisinger outpatients and visitors who want to check out downtown Danville businesses can hitch a ride for free.

The Downtown Danville Shoppers’ Shuttle pulled from the curb near the Danville Business Alliance Office (DBA) on Mill Street on Monday morning for a demonstration ride for local officials and the media.

Driver Vera Mariano took riders for just a few blocks around the downtown as part of the one-year pilot program’s launch.

The Shoppers Shuttle goes into service at 9 a.m.

Fred Bennett, owner of Fishing CreekTransporation, which provided the 13-passenger shuttle bus for the service, said John Grabusky, Geisinger’s senior director of community relations, reached out to his company 18 months ago about providing the service.

He said that as a result of the professional relationship among all of the parties involved, “Mill Street Shuttle Shoppers Direct, downtown businesses, Geisinger, Danville Business Alliance will provide a synchronicity, if you will, for what everybody’s objective is in keeping the relationship between between Geisinger and the downtown businesses so that we can all benefit equally,” Bennett said before riders hopped aboard.

Commissioners Ken Holdren, Dan Hartman and Trevor Finn and Gordner were among the first passengers.

Bennett said there could be an expansion of the service if there is a need.

The shuttle will travel throughout Danville with stops at local shops, grocery stores and health care facilities.

The shuttle will run through 2022 to gauge interest in the program and its benefit to residents, visitors and businesses.

The shuttle will run five days a week from 10 a.m. to 5 p.m. Riders will be picked up and dropped off at various locations, including downtown Mill Street, grocery stores and Geisinger facilities.

Residents also can call 570-293-1966 to arrange a potential pick-up location that isn’t near the shuttle’s normal route.