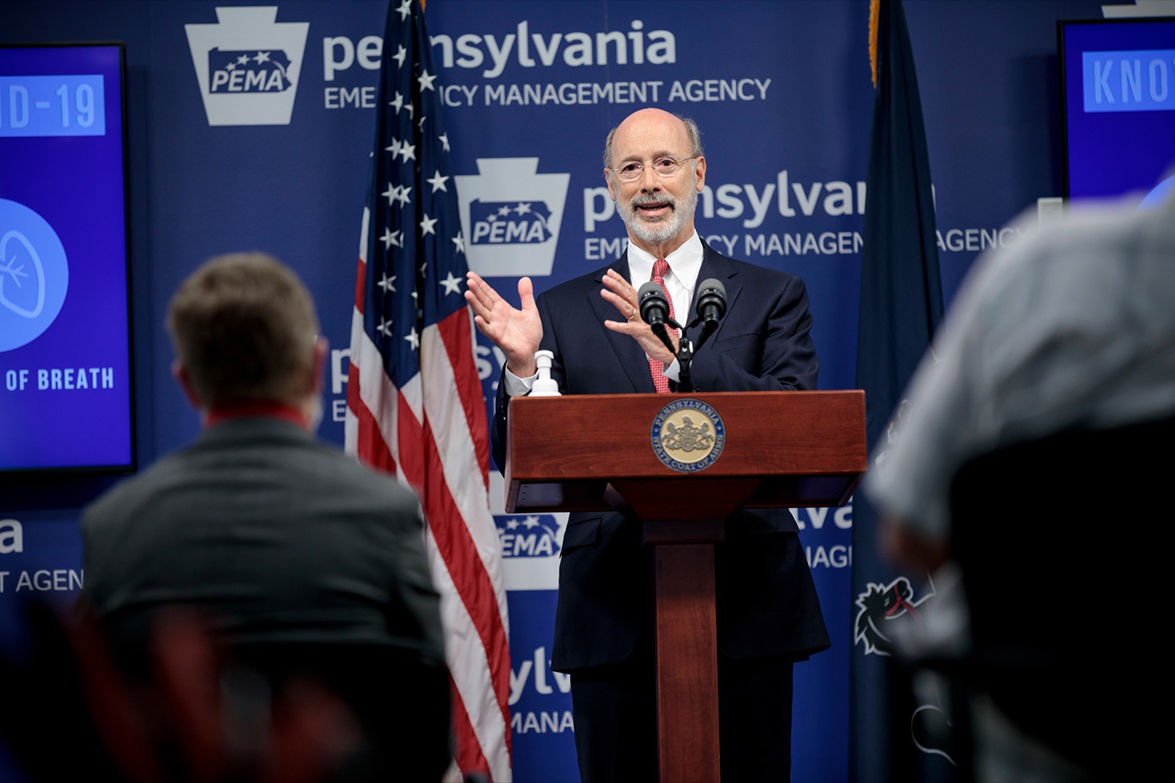 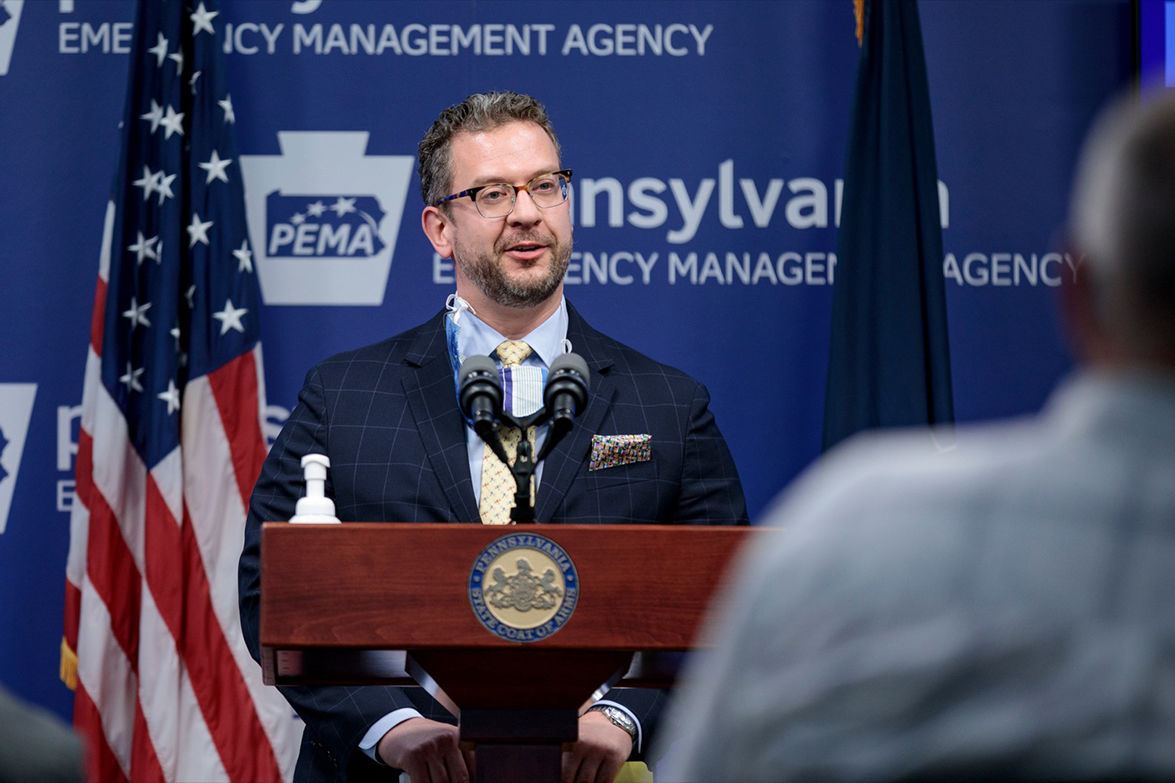 Photo provided by PACast General Counsel of the Commonwealth Gregory G. Schwab, speaks during a press conference addressing the 2019 Novel Coronavirus (COVID-19) in Pennsylvania, inside PEMA headquarters on Wednesday, June 10, 2020.

Photo provided by PACast General Counsel of the Commonwealth Gregory G. Schwab, speaks during a press conference addressing the 2019 Novel Coronavirus (COVID-19) in Pennsylvania, inside PEMA headquarters on Wednesday, June 10, 2020.

HARRISBURG — Gov. Tom Wolf said Wednesday he has no intention of abiding by a resolution passed by the General Assembly late Tuesday that would end his emergency order to respond to the coronavirus pandemic.

“I’m very confused how the Legislature can suspend the Constitution unilaterally,” Wolf said.

Based on the governor's comments, the Republican leaders in the state Senate filed a lawsuit in Commonwealth Court, asking a judge to compel the governor to end the emergency order.

The governor said that ending the emergency order would interfere with a variety of moves the state has taken to respond to the pandemic, but insisted that it would not end the state’s phased strategy of reopening businesses.

The phased reopening plan is spelled out in orders issued by the Secretary of Health and would remain in effect even if the emergency order ends, he said.

Among the moves that could be stalled if the order is undone, include: a moratorium on evictions; a pause on work-search requirements and one-week waiting period for people to collect unemployment; license renewal and training requirement pauses for health care workers, child care workers and others; and utility assistance for people struggling to pay their water and electric bills.

“We’re at a crossroads. The ball is in the governor’s court,” said state Rep. Russ Diamond, R-Lebanon County, the author of the resolution that aims to end Wolf’s emergency order.

Diamond, referring to the governor, said: “Don’t ignore us. You’ve been ignoring us from the beginning. It has to stop.”

Wolf first issued a 90-day emergency order in response to the coronavirus pandemic on March 6 and renewed it on June 3.

“As evidenced by the bipartisan vote in the House and Senate, ending the declaration now is in the best interest of ensuring Pennsylvania can recover effectively and efficiently,” House Majority Leader Bryan Cutler, R-Lancaster County said. “If the governor chooses to openly violate the plain reading of the law, we will examine all legal actions available to us to act in the best interest of the residents of the Commonwealth.”

“Essentially, the resolution that was passed last evening is meaningless,” he said.

Senate President Pro Tempore Joseph Scarnati, R-Jefferson County, said that lawmakers allowed Wolf time to take the drastic steps needed to respond to the pandemic but that the need for the emergency order doesn't exist anymore.

“State law allows for the temporary suspension of civil liberties under dire circumstances,” Scarnati said. “We allowed the governor that time initially to flatten the curve. The need to suspend civil liberties in the interest of public health and safety has clearly passed.”

State Sen. Gene Yaw, R-Lycoming County, said that while much of rural Pennsylvania has already moved into the green phase of the state’s reopening plan or will soon move into it, that hasn’t really diminished the public’s growing weariness with the governor’s shutdown orders.

Even in the green phase, there remain restrictions on things like large gatherings that many people don’t think are necessary, he said.

While the debate over the General Assembly’s attempt to end the emergency order raged, the state Senate on Wednesday also passed legislation that would begin the process of amending the state Constitution to bar the governor from extending an emergency order past 30 days without legislative approval.

“Limiting the length of an emergency declaration would ensure greater cooperation between all branches of government during an emergency and restore the system of checks and balances that Pennsylvania’s government was founded upon,” state Sen. John Gordner, R-Columbia County said in a statement.

The standoff with Wolf over the handling of coronavirus pandemic illustrates why the amendment is needed, said state Sen. Wayne Langerholc, R-Cambria County.

Amending the constitution requires the legislation to pass both chambers of the General Assembly in two consecutive legislative sessions, followed by a statewide ballot referendum.