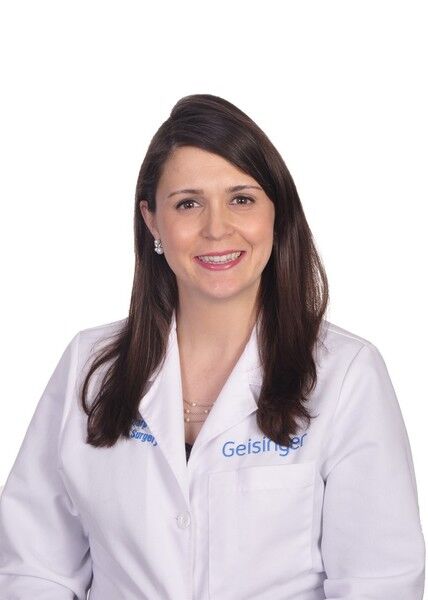 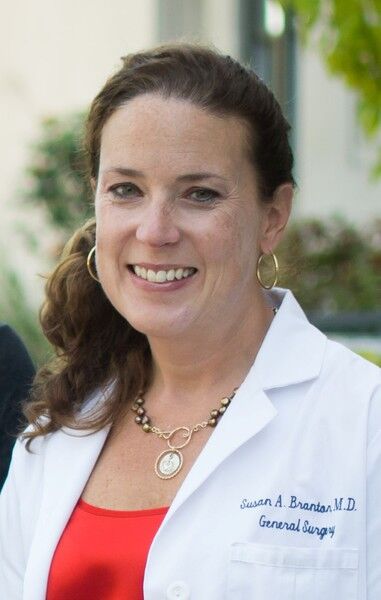 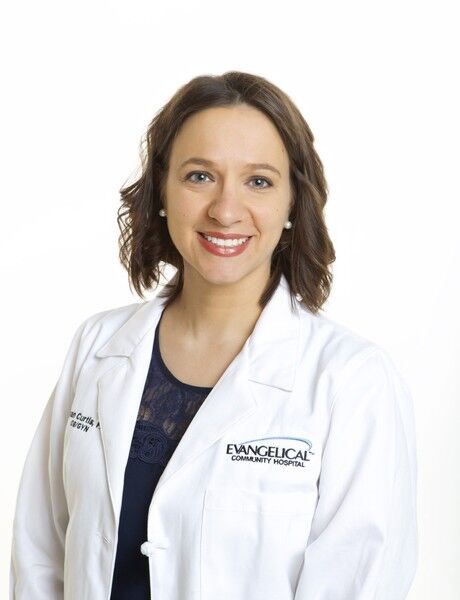 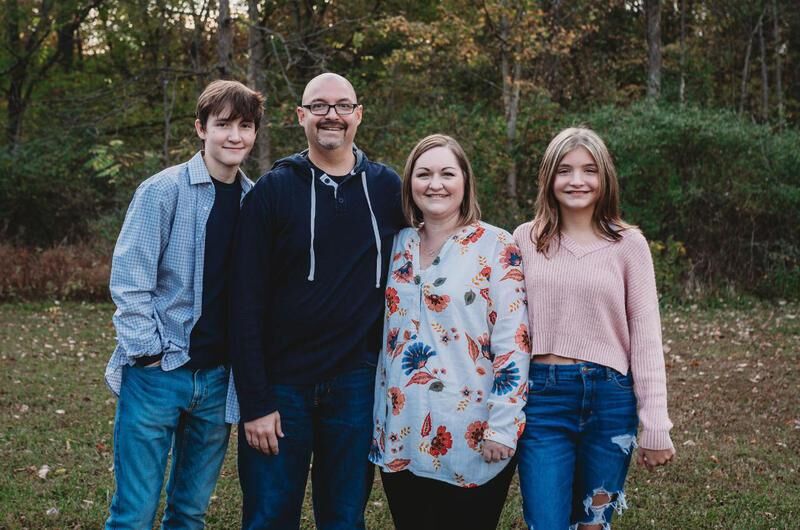 Tiffany Delp, of Muncy, was diagnosed with breast cancer in September. She is pictured with her husband Ernie, son Ernie, and daughter Ali. 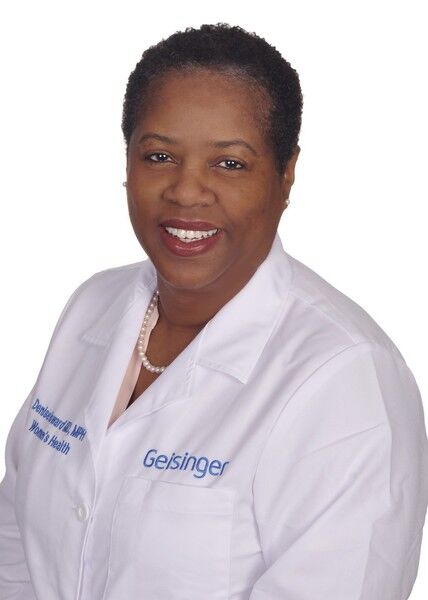 Tiffany Delp, of Muncy, was diagnosed with breast cancer in September. She is pictured with her husband Ernie, son Ernie, and daughter Ali.

This year, Muncy resident Tiffany Delp turned 40 — the age when medical professionals say a woman should start having yearly mammograms. During a routine physical appointment, Delp’s nurse practitioner brought it up, and Delp scheduled one.

The test showed that she had dense breasts, making it difficult to identify any abnormalities, so she was scheduled for another mammogram and an ultrasound, which was followed up by a biopsy. After two weeks, Delp received a phone call while at work. The news was something that no one wants to hear.

She was diagnosed September 10 with stage 2 triple negative breast cancer, with metastasis to the lymph nodes. Now in the midst of an aggressive treatment plan, she is receiving chemotherapy and won’t know until later if radiation will be needed. She had elected to undergo a double mastectomy with reconstruction. Thankfully, she said her prognosis is good, and she credits the mammogram for early detection.

An emergency room nurse at Evangelical Community Hospital, Delp said, “I know the importance of self-exams, which I do regularly.” However, she said, “My tumor is in an area of my breast that could not be felt or seen.”

Medical professionals urge women to pay attention to their health.

“Women do a wonderful job taking care of everything else around them, and kind of put themselves second many times,” said Dr. Nicole Sharp Cottrell, breast surgical oncologist for Geisinger. “They’re taking care of family, jobs, friends, but they need to prioritize their health. They can’t take care of anybody unless they take care of themselves.”

Not only can a woman who is unhealthy not take care of her family, Dr. Denise Howard, chief of gynecology for Geisinger, said, but taking care of her health first also sets a good example for her children. And that, she said, is done best by routine recommended testing.

“It is much easier to prevent a problem or disease than it is to try to treat it,” Howard said, adding that women should be aware of various routine screening tests that can catch dangers early, including cervical and ovarian cancer screening.

It’s as good a time as any, she said, to encourage women to ask themselves if they are “doing everything that they should be doing,” by getting routine exams.

“It really doesn’t take long to get these screenings done,” Curtis said. “Most of the time they’re just yearly screenings that can be done really quickly, and it can save people’s lives.”

According to Sharp Cottrell, 1 in 8 women will develop breast cancer at some time in their life.

“The earlier we can find a breast cancer or abnormality, the more treatment options we have available, and the better chance we can catch something earlier and can cure it,” she said.

The best method for earlier detection is an annual mammogram, which for average risk women is recommended to start age 40.

Sharp Cottrell said state of the art technology for mammograms allows doctors to see smaller lesions at an earlier stage, especially women who have density in their breasts. In addition, she said, 3D technology “decreases the number of times they need to come back for more imaging” and allows for a quicker diagnosis.

With many women, especially in the midst of the pandemic, having to be the primary caregiver for family and extended family, reducing any additional burden that would allow them to put their health first is critical.

Curtis adds that women should never avoid screening because they are uncertain of affordability or they want to avoid the fear or stress of waiting for results. The breast center, she can, can often help find funding options, and mammograms are the best option to avoid the worst of outcomes.

It’s true, she said, that sometimes follow-up appointments are necessary to make sure that nothing is missed. Sometimes, abnormalities are picked up and another test has to be scheduled.

“It’s ok that we find these false positives,” she assured. “It makes the detection rate so much better.”

Many of the visits that Curtis oversees are called “well-woman exams”, which not only helps keep track of appointments — which could include colonoscopies, post C-section checkups, and mammograms - but is also a time to discuss risk factors based on heredity or age.

Susan Branton, MD, FACS, medical director for Breast Health Center, UPMC in the Susquehanna Region, said women should prioritize determining their risk factors and then talking with their care providers about what screening will be the best for them to invest their time in, making it “as streamlined as possible”.

The breast health center, Branton said, provides assistance to patients, especially in wading through recent changes in recommendations for screening studies, which she called “a moving target”.

While average risk patients are encouraged to start annual screenings at age 40, the peak years of breast cancer or 60 to 70, Branton said, so she encourages them to continue getting annual mammograms. If at the lower end of a risk factor, some recommendations are for one every two years.

According to Sharp Cottrell, family history of breast or ovarian cancer, or even high-grade prostate or pancreatic cancer, could mean that someone is at elevated risk for breast cancer. More frequent exams should be done in this case to check for cancer growth, even before a woman turns 40. Other risks include dense breasts, or a family history of genetic mutations.

While understanding risk factors and going for routine screening is the best method for early breast cancer detection, women are also encouraged to be aware of their bodies and to pay attention to any changes that might be a sign of danger.

Rather than stressing regular breast self-exams, which may not always reveal problems until they are at an advanced stage, Howard said she talks with her patients about “self-awareness” more than anything else. For example, pay attention to increased breast pain or discomfort, change in skin color, change in nipple appearance, or nipple discharge.

“These are the things you should be in tune to,” she said, “and that should prompt you to go see your healthcare provider.”

While individuals should be paying attention to signs of cancer and getting their routine recommended screenings, there are ways they can improve their overall health, which can also help them to mitigate or decrease their chances of getting breast cancer.

Branton said paying attention to your diet and doing regular exercise is always a good idea. She suggests trying to get two and a half hours of exercise a week, which can reduce risk by 20 percent. Obesity or being overweight can increase risk, as can smoking and alcohol use.

Howard agrees that while cancer is often rooted in genetic mutations, there are also lifestyle choices that can help to prevent it. She, too, emphasizes a healthy diet rich in fruits and vegetables with antioxidants, and maintaining a healthy weight, exercise, and avoiding carcinogens – such as those found in smoking or tobacco use.

'My life has been saved'

As Delp continues her treatment, she said she tires easily, has muscle and joint pain, and she has lost her hair. She’s thankful that those are the only side effects, but she admits, “This diagnosis and treatment has definitely turned my life upside down.”

She has had to reduce her work schedule to part-time hours in order to receive treatment and to deal with its side effects. A mother of a 12-year-old daughter and a 14-year-old son, she said she’s also had to miss out on her kids’ activities, including her son’s football games.

She is thankful for her husband, Ernie, who has assumed her normal workload at home.

“I’m usually a person who is always son the go, never sitting still,” she said, “so I’m still trying to get used to resting and asking for help.”

It has, however, given her time to reflect on the fact that her situation could have been so much worse.

“I urge all women to get their physicals and routine exams,” she said, “because it could just save their life. I’m sure my life has been saved because of them.”