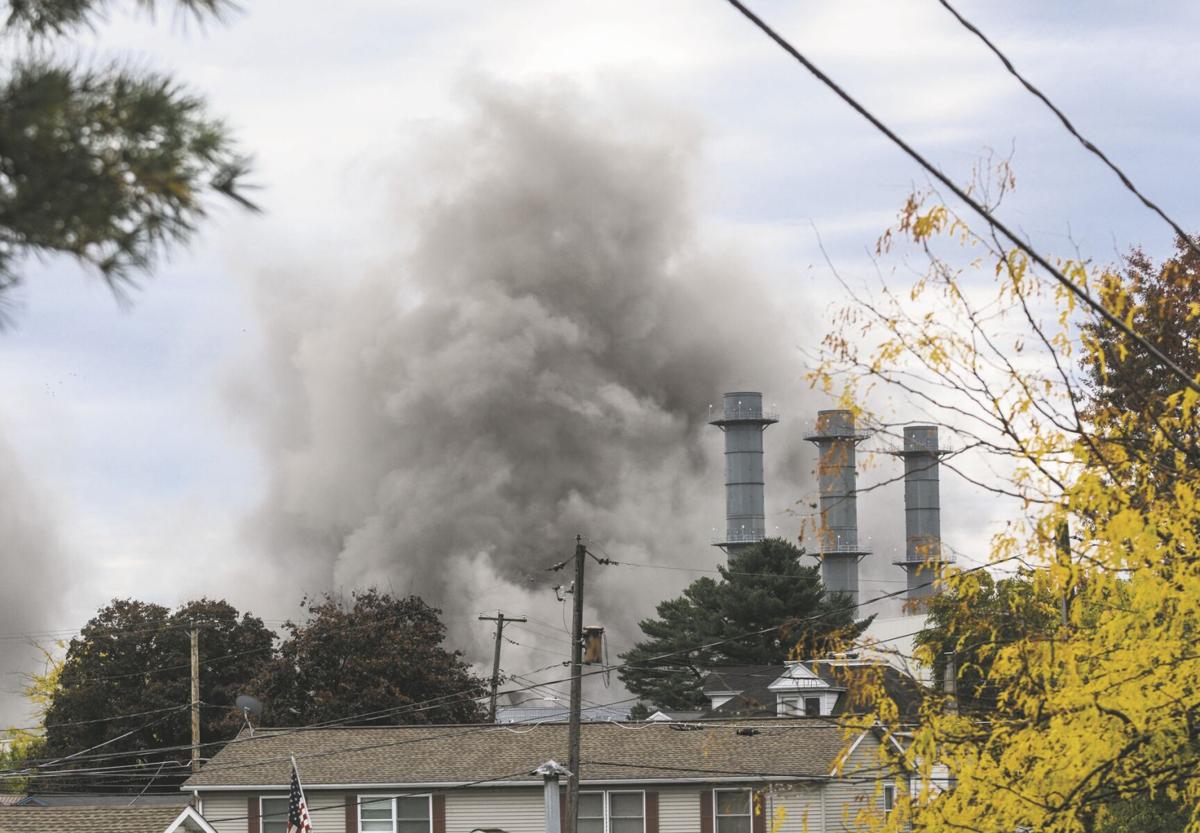 Robert Inglis/The Daily Item A cloud of dust rises up from where the implosion of the remaining two smoke stacks at the former Sunbury Generation Plant took place on Friday morning. 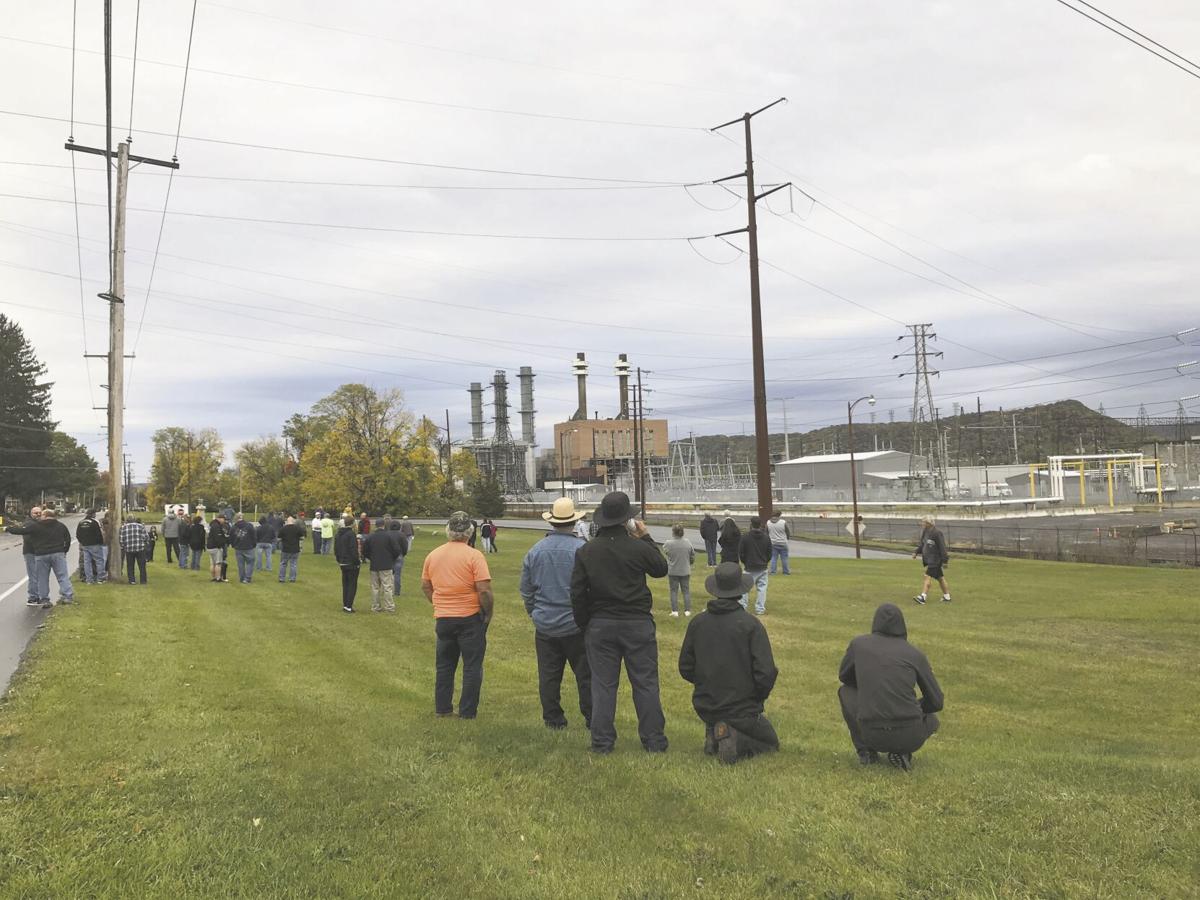 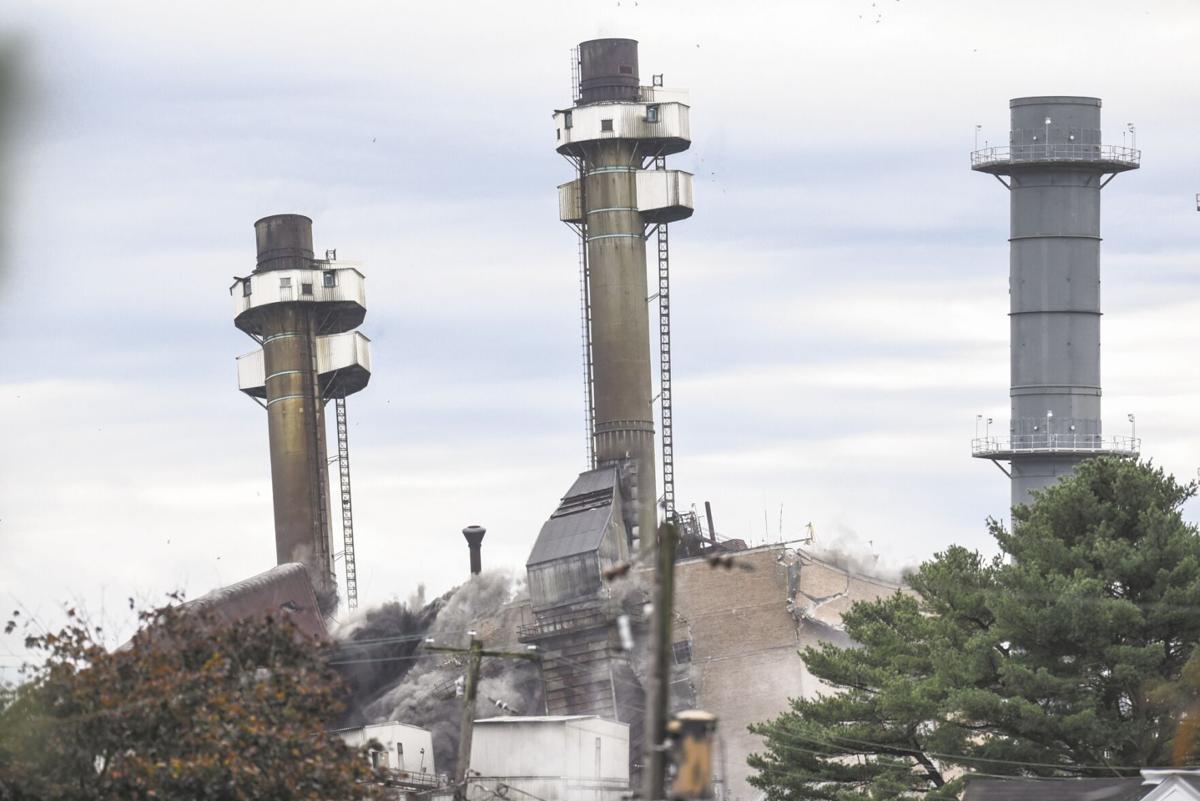 Robert Inglis/The Daily Item A cloud of dust rises up from where the implosion of the remaining two smoke stacks at the former Sunbury Generation Plant took place on Friday morning.

HUMMELS WHARF — Augustaville resident Ron Bingaman and his wife, Leslie, sat in their parked car Friday morning and watched as the last two 300-foot-high smokestacks and a portion of the former Sunbury Generation plant were brought down by a controlled implosion.

"I can remember taking a small elevator (up one of the stacks) to do maintenance," said Bingaman who worked at PPL for 30 years. "It gave a lot of people jobs."

Large crowds gathered before the 9:07 a.m. demolition done by crews from Pettigrew Inc. and F.R. Beinke Wrecking Inc., of Swedesboro, N.J., the same firms that imploded two other 300-foot-high smokestacks and a portion of the former coal-fired plant last October and removed the massive debris of steel, concrete and other material.

Lifelong Hummels Wharf resident Bruce Hoover marveled at the speed in which the building was brought down Friday.

"I watched them build it day by day," he said of the plant that was built over a couple of years in the late 1940s. "This is kind of nostalgic."

For others, the implosion was just an interesting event in the day.

Roger Walter parked his truck near the site and sat in the driver's seat with the window down, waiting to see the a portion of a building his father, Carson J. Walter, helped erect six decades ago.

"It's not sentimental, it's just cool," he said of being able to see it demolished within seconds.

Hummels Wharf resident Lisa Bigger clutched a cup of coffee as she waited about 20 minutes under an overcast sky for the implosion.

"There's nothing appealing about" the tall smokestacks. They've just always been there," she said.

George Reinard sat in a lawn chair with a clear view of the plant.

"My wife's father worked there 40-something years," he said, adding that he's not sad to see them removed from the area's skyline. "They're not using it."

While Leslie Bingaman recalled touring the "PPL showplace" as a child, her husband said he was ready to watch the building be reduced to dust to make way for the natural gas Panda Hummel Station plant.

"History has its place. Life goes on," said Ron Bingaman.