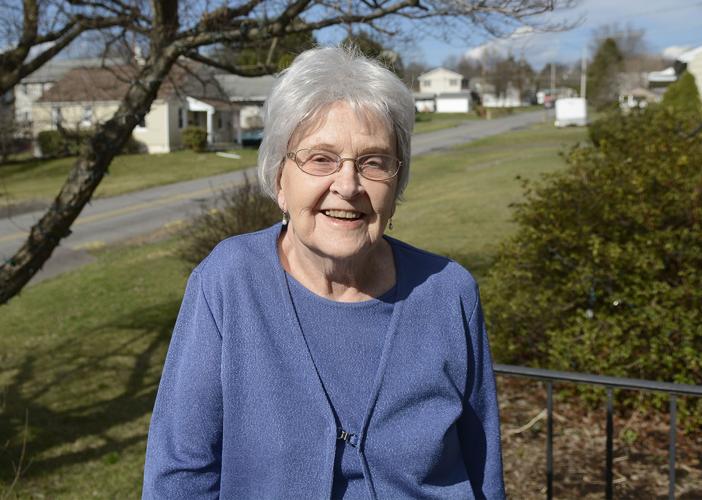 Jean Delsite of Northumberland was 7 years old at the time of the 1936 flood in Sunbury. 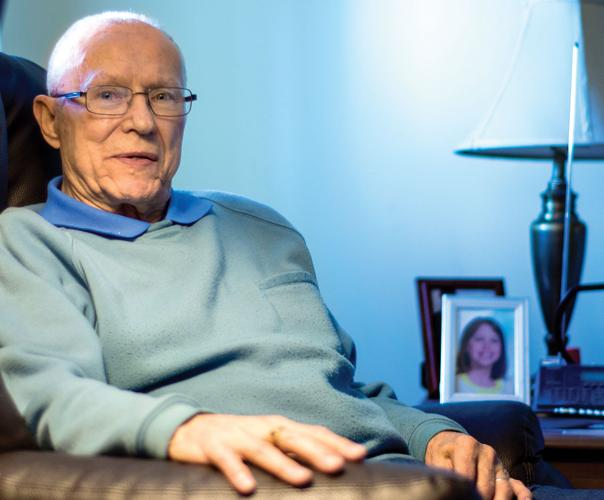 Andrew Gavason, a witness of the 1936 flood, sits inside his home in Sunbury. 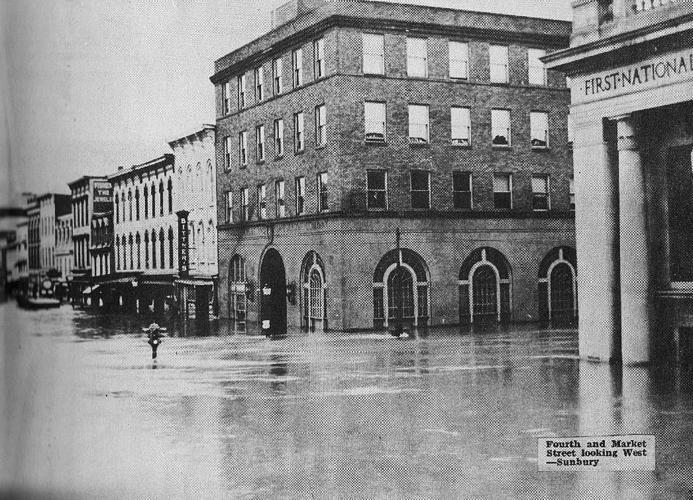 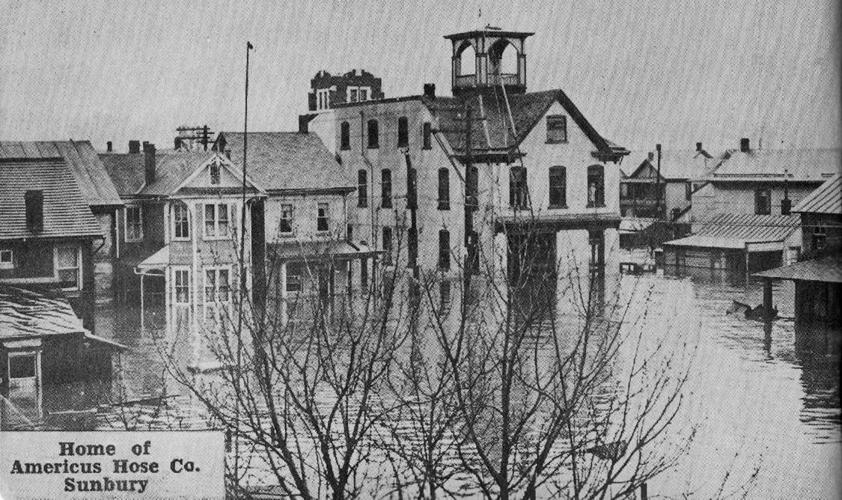 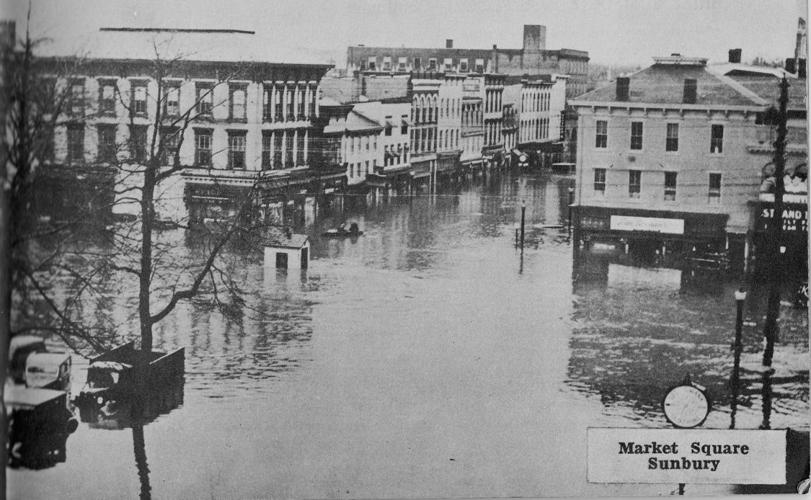 Jean Delsite of Northumberland was 7 years old at the time of the 1936 flood in Sunbury.

Andrew Gavason, a witness of the 1936 flood, sits inside his home in Sunbury.

SUNBURY — Eighty years ago, 7-year-old Jean Delsite was trapped on the second floor of her Sunbury home with her two older sisters and mother, the waters of the mighty Susquehanna River slowly creeping up the stairwell and the news that her father might have drowned while he was sandbagging the city still fresh in her mind.

Delsite, now 87 and living in Northumberland, can’t recall how many days The Flood of 1936 kept her and her family as prisoners that week of St. Patrick’s Day, but she remembers they had only a small amount of food for sandwiches and water and no radio to hear the news.

"I don’t think I was scared," Delsite said. "We knew the water would have to stop coming some time. Our concern was hoping it would go down so we could get food."

While trapped, they were able to communicate with their neighbors, who informed them of a man whose description matched Delsite’s father had drowned. When the waters receded, they found him walking down the street toward their home.

"We were all so happy that he was safe," Delsite said. "We never did find out who drowned."

The Flood of 1936 — which has the anniversary of its 33.85-foot crest on March 19 — is one of the most significant events in the city’s history, mainly because it led to the construction of the 2.4-mile long concrete flood wall and flood control system, according to local historian John Moore.

"While the Flood of 1972 was technically higher than 1936, it was 1936 that did more damage," Moore said. "It’s what got people thinking about the need for serious flood protection."

Records of Susquehanna floods go back to 1782, but 1936 would prove to reach heights never seen prior. Leading into St. Patrick’s Day, Moore said a heavy ice coat north of Sunbury had formed that was followed by heavy rain for days.

"The rain was so heavy and it got so warm, the ice cover broke," Moore said. "Sunbury had some low levees at the time, the North Branch swings around Sunbury and makes an elbow. The North Branch jumped the banks and just wiped out the town."

The river broke free of its natural barriers and covered Cameron Park in about two feet of water as it had never done before.

According to "Susquehanna Flood Scenes 1936," the river started rising March 18. By the late evening, water was "rushing in torrents" down Susquehanna Avenue and North Fourth, Fifth and Sixth Streets "carrying destruction and misery in its course."

"Houses were moved from their foundations, porches torn loose, pavement uplifted and on reaching Market Street business section nearly all the plate glass store windows were broken," according to the book. "The water rose so rapidly that the people had to seek safety in their second stories. Calls came rapidly for boats to rescue people and they were taken to the hill sections of the city."

Andy Gavason, 89, of Sunbury, was a 9-year-old boy living in Northumberland during the flood.

"Sunbury was flooded all the way up the hill on Market Street," he said. "We didn’t have the flood wall then. The white bridge across to Northumberland was right to the top with water. I remember being on the second floor balcony watching the water. I watched a farmhouse hit the bridge and burst into flames."

Moore recalled a story from a late friend named Jack Minier, a boater pulling a barge of milk.

"When the boat and barge passed an intersection, it banged into the light and concrete structure," Moore said. "Jack got thrown into the river. He got swept down Fourth Street. He grabbed a porch rail and saved himself. That might give you an idea how devastating the flood was."

One Sunbury journalist commented about the departure of the residents: "The sight, as the hundreds boarded the trains, looked like the exodus of exiles, from a town of revolution. They bore boxes, paper bags, dogs, canaries and parrots, anything they had time to clutch when the rescue boats came up to their windows."

When the waters receded back into the Susquehanna River, the property damage and loss of merchandise exceeded $4 million. The citizens and leaders of Sunbury decided it was time to make an attempt at harnessing nature and proposed the Sunbury Flood Wall.

By 1937, the Works Progress Administration wall, which acts as a protective buffer for the main city flood wall to reduce soil infiltration and erosion into the river, was built. The main flood wall and flood control system was completed in 1951 at a cost of $6.6 million after five years of construction.

The existing flood control system of that protects 147 acres of the City of Sunbury is a combination of 2.4 miles of flood wall, 2.6 miles of earthen levees and six pumping stations and other systems. The Flood Control system is a complex network of pump stations, drainage structures, interceptor storm drains, sluice gates, flap gates, levees, floodwall, closure structures and early warning systems that work together to provide protection from the raging waters of Shamokin Creek and the Susquehanna River.

The wall was first tested in 1972 when Hurricane Agnes tried its best to beat down the wall. Flood waters from Hurricane Agnes crested at 35.8 feet at Sunbury, two feet higher than the crest in 1936, but the wall held strong.

"We had a lot of high water, but we managed each time," Delsite said. "We were not very happy about the wall at first, but we are now grateful for it."