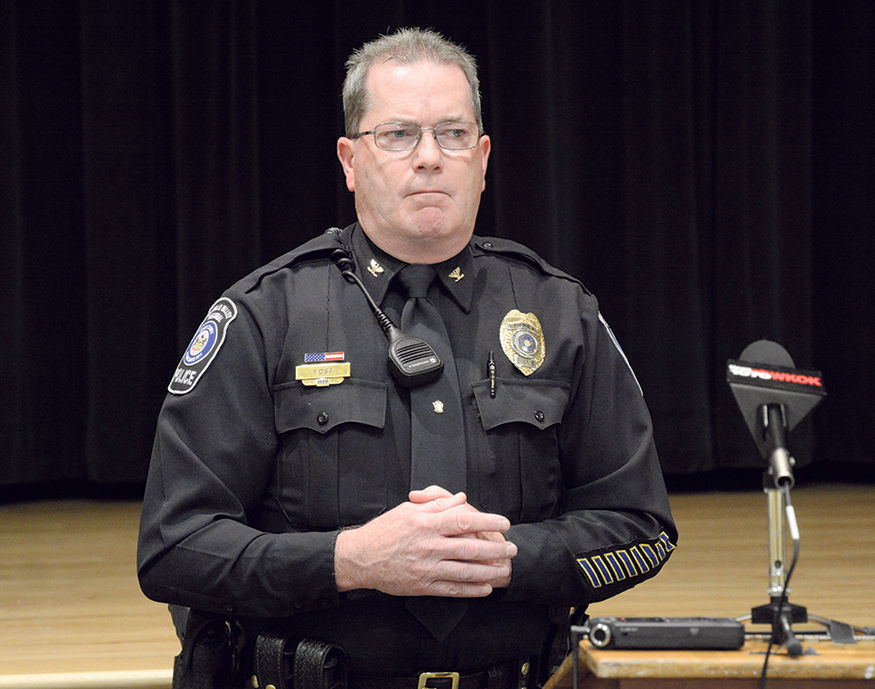 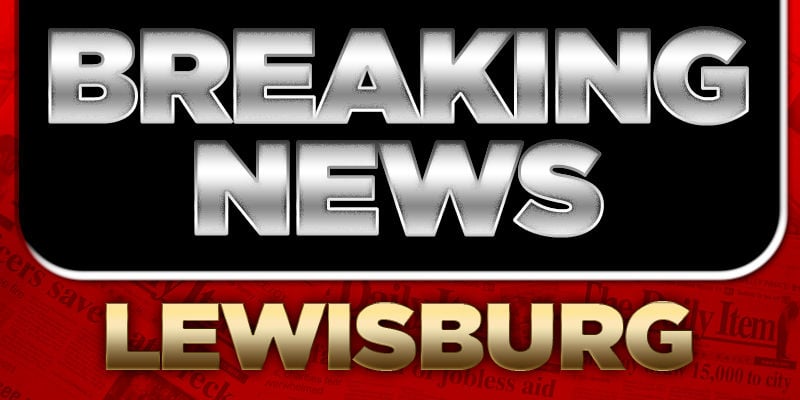 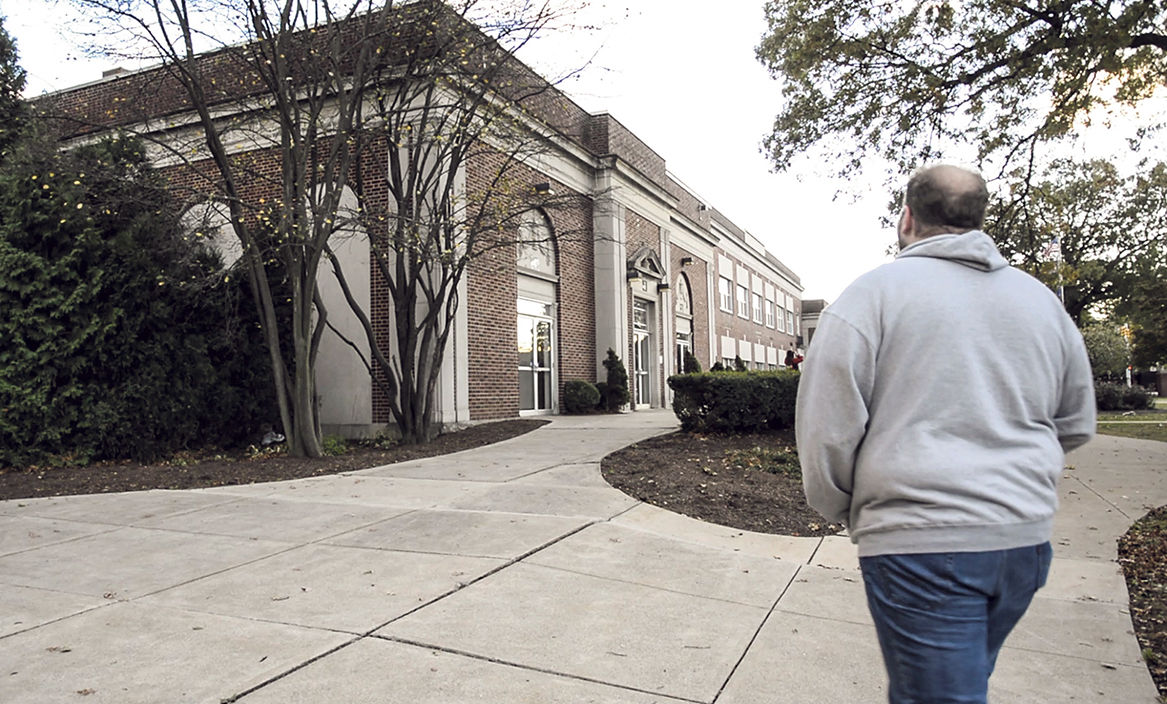 Robert Inglis/The Daily Item A parent makes his way to the Lewisburg High School auditorium on Monday evening for a meeting talking about former music teacher Justin Hill and charges that have been filed against him for allegedly video recording students inappropriately without their knowledge. 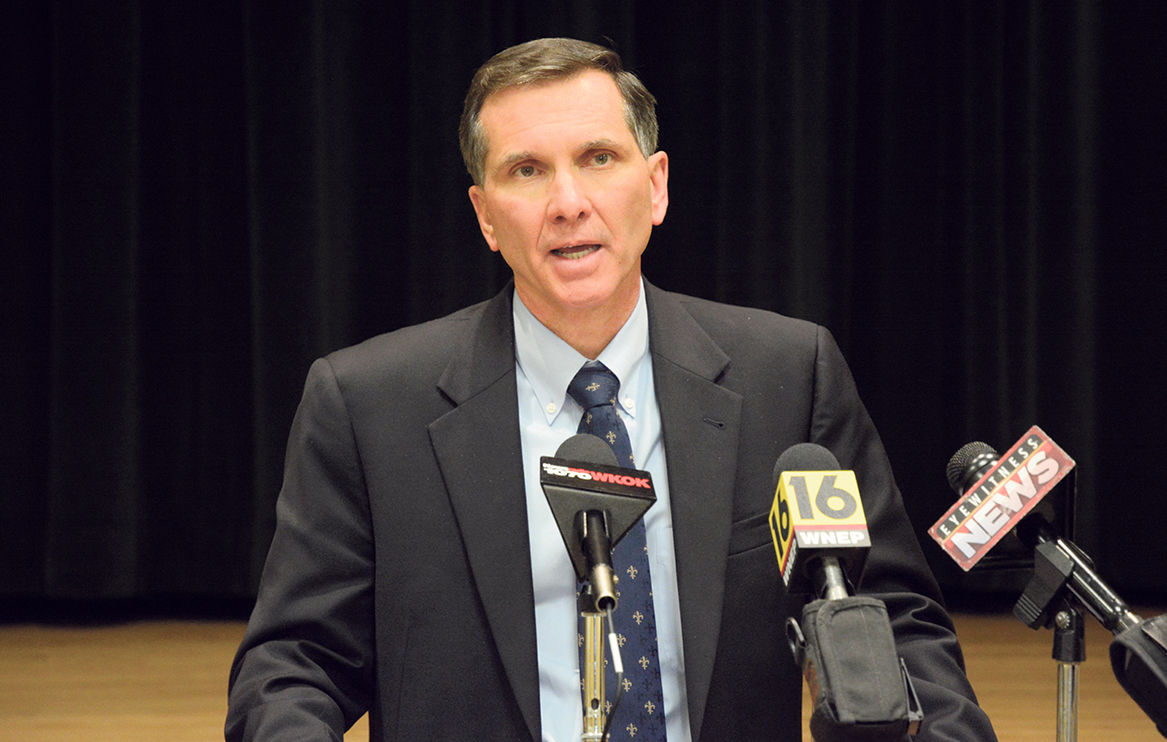 Robert Inglis/The Daily Item A parent makes his way to the Lewisburg High School auditorium on Monday evening for a meeting talking about former music teacher Justin Hill and charges that have been filed against him for allegedly video recording students inappropriately without their knowledge.

Yost was joined by Lewisburg Superintendent Mark DiRocco to meet with members of the media and then parents within the district.

"I regret to inform you that a summons was issued today by the Buffalo Valley Regional Police Department for the arrest of former High School Music Instructor, Justin Hill, for the invasion of student privacy through the inappropriate use of technology," DiRocco said in an email to parents of the district.

Police alleged Hill, who was married to another former Lewisburg Elementary School teacher, came to DiRocco on June 22 and explained he "did something bad" and wanted to inform the superintendent before he heard from someone else, according to court documents.

Hill told DiRocco he was recording female students by holding his cell phone as low as possible while the females walked up steps in the high school to "get shots of their underpants," police said.

Hill's wife called DiRocco and explained she found the videos and confronted her husband, police said. Hill's wife told DiRocco she could not identify the students by the videos because there was no faces in the images but she heard names of students on the videos, according to charges.

Hill's wife then sent the videos to her cell phone for evidence, but Hill deleted them, police said.

A laptop computer and the cell phones were seized by police but after months of investigations no videos could be found or recovered from the devices, Yost said during the press conference.

Yost said even though Hill admitted to 15-20 videos being made, the number could be much higher, much lower or even none.

Yost said despite not having physical evidence that Hill's admission was enough to issue the charges by mail and that it would be up to a court to decide whether or not Hill was telling the truth.

Hill allegedly told police he did not approach any students and did not act unprofessionally toward any female or male student outside of the videos that were taken, according to police.

At the press conference DiRocco said he immediately did the three things he was required to do.

"I contacted police. I contacted children and youth and I contacted the state Department of Education," DiRocco said. "I took the appropriate steps as we do in not just this case but any case."

On June 23, one day after allegedly admitting to shooting the videos, Hill resigned, DiRocco said.

"This is an unfortunate situation and we are disturbed," DiRocco said. "We, as a district, are addressing it with parents and students. This is not who we are. Our staff are great role models."

Yost said there was no video surveillance footage from inside the school because there are no cameras in the area where the alleged incidents took place.

Hill faces 15 misdemeanor counts of invasion of privacy and 16 counts of tampering with or fabricating physical evidence.

Hill was not taken into custody and will appear before District Judge Leo Armbruster on Dec. 1 at 9:30 a.m.

Year in Review: Ten most viewed news stories at dailyitem.com in 2016