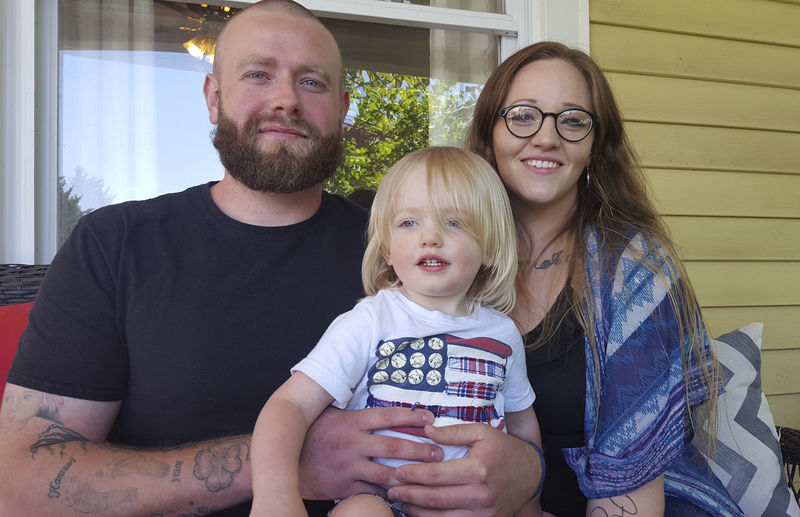 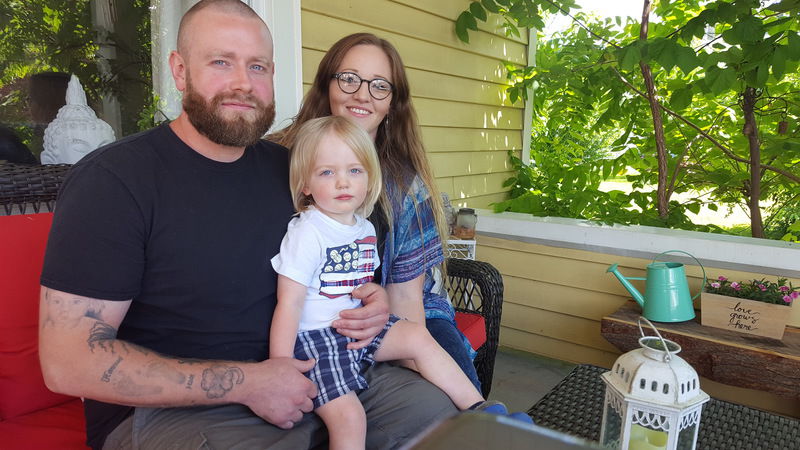 When news of an overdose outbreak in the Williamsport area sent 51 patients to the hospital in 48 hours, with three patients now dead, Steven Cousins couldn’t help but wonder.

That could have been me, Cousins told himself.

Cousins was brought to consciousness from a heroin overdose Aug. 9. He remembers something tickling his nose. He opened his eyes and saw the identification badge of the ambulance worker straddling his waist to perform CPR.

Minutes earlier, Cousins was slumped unconscious behind the steering wheel of his vehicle at Elizabeth Street and Brandon Place, one block north of Lycoming College. The weight of Cousins’ body pushed against the vehicle’s horn, sounding an alarm as the vehicle idled in the intersection at 9:20 a.m.

In the backseat, Cousins’ son was wailing. The boy was 18 months old at the time. Passersby rushed to their aid, removing Cousins from the vehicle, unbuckling the boy and calling 9-1-1 for help.

It’s the second time Cousins had been arrested for overdosing with his child in his vehicle. It happened in Sunbury on Christmas Eve, Dec. 24, 2015. Both cases are pending in the respective county courts.

This is the ugliness of addiction — in Cousins’ case, an active addiction dating to his days as a 12-year-old boy. He said his father gave him prescription pain medication and not long after he was hooked, taking what was given to him and stealing what wasn’t. He began using heroin at age 15. Over time, his habit reached about 10 bags a day.

“Addiction is a really selfish thing. So is going to jail,” said Cousins, now sober 11 months and out of jail since March. “Everyone else gets hurt more than you do.”

Sober and clear-headed, Cousins projects as intelligent, self-aware, humorous and kind-hearted. He’s a father of two — a daughter, 9, and aforementioned son, now 2 — and a laborer seeking work in the construction field. Tattoos mark parts of the upper body of his tall frame.

Since he’s home from jail, Cousins spends much of his time with his family. He takes comfort in the normalcy of sobriety. He wakes up each morning and cooks breakfast. His family took a trip to the Jersey Shore. There’s a swimming pool to use at the homes of his mother and his future in-laws.

Cheyenne Lutz, 26, is his fiancee. They’re in love. She’s the mother of Peter, Cousins’ youngest child.

For better or worse is a phrase they’ll pledge when they make it to the altar, but they’ve already lived it.

Lutz said she knew Cousins was using leading up to the August overdose. Relatives on both sides of the relationship suspected he’d begun after the 2015 arrest and a failed attempt at sobriety utilizing Suboxone — usually a take-home oral treatment — but little other commitment. They’d separated leading up to that fateful day in Williamsport. Their relationship persisted in light of the overdose that endangered their son.

“I felt a lot of shame for loving someone who is an addict,” Lutz said, continuing about how she resolved to stay by Cousins’ side. “You have to separate the person from the addiction. When you know enough to do that, that’s when you start to heal yourself.”

Desiree Arbogast, Lutz’s mother, agreed with her daughter’s view of separating the person from the disease. She admits she was more than skeptical after the August incident but could see clearly how devoted Lutz was.

“It would have been terrible for the whole family if we had driven him out. We’re not going to do that to our grandson. It took me a very long time to forgive him.”

So, Cousins went through withdrawal in Lycoming County Prison, held on a block with men jailed for violent crimes. He missed the holidays with his family but knew he was where he needed to be.

A job in the jail’s kitchen and attendance at programs for drug and alcohol and fatherhood while locked up — all of it, a blessing in disguise.

“Without my recovery, I’m nothing,” he said.

Cousins attends counseling twice weekly through Gaudenzia. He attends Alcoholics Anonymous meetings twice a week, too, since he can’t find any Narcotics Anonymous meetings locally. He’s rebuilding relationships he’s broken and is wary of others he believes could have a negative effect on his sobriety. When a Saving Lives in Union County opioid education event was held in May, he attended with Lutz.

Cousins counts his sobriety back to the date of his last overdose. He said he hasn’t had this many days sober since he was a kid.

He credits the use of Vivitrol, an extended-release version of naltrexone designed to block the effects of opioids like heroin and oxycodone and thwart any cravings. A “safety net” is how he describes it, noting there are no psychoactive effects.

He took an oral dose in May before receiving his first injection May 30 through Positive Recovery Solutions, a Western Pennsylvania-based firm that operates mobile clinics statewide including three in the Valley.

Lutz helped him study up on Vivitrol and they agreed its benefits were worth it. She believes Cousins is on the right path. Her mother does, too.

“This time, I believe he’s serious about his recovery. He is a totally different person,” Arbogast said.

“He has a shot at life again,” Lutz said.

Cousins has ties to Delaney Farrell, the Selinsgrove girl who was one of the three people who died July 1 during the overdose outbreak in Williamsport. Arbogast is a secretary at Farrell’s father’s construction business. Cousins wasn’t close to Farrell but knew of her own addiction and of her father’s attempts to save his daughter from the struggle. Cousins realizes the scrutiny that comes with sharing the details of his own struggle with heroin. If it helps someone, he said, it’s worth it.

“I’ve been to so many dark places in my life, I’ll reach out to anyone to help,” Cousins said.

NEW COLUMBIA — Enough light shone through the empty cardboard box inside which Tricia Dauberman hid in wait to surprise her son, allowing glim…